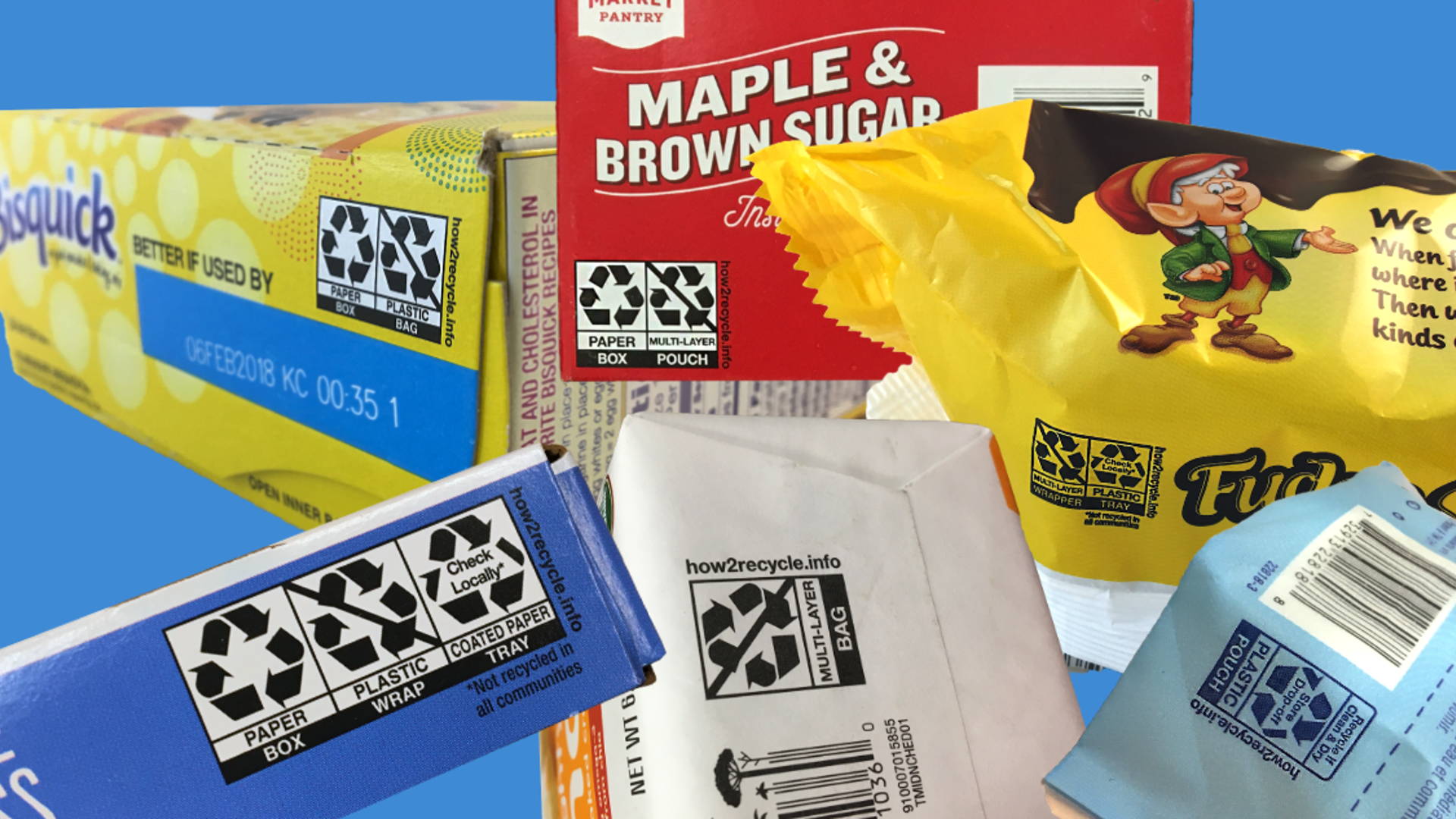 In the wake of China passing their National Sword Policy back in 2017 that banned imported plastic waste, the world faces a new challenge when it comes to recycling. That’s why it’s more important than ever for consumers to understand not just how recycling streams work, but what materials can be recycled. Of course, it seems pretty straightforward, no? You throw whatever you think can be recycled in the green or blue bin, and somewhere down the line your trash is turned into another glass bottle or a park bench, right?Well, that’s where you’d be wrong. Despite your best intentions, a lot of this material is destined for a landfill near you.How2Recycle was a project born out of the Sustainable Packaging Coalition (SPC) back in 2008, and they’ve created a labeling system that tells consumers exactly what they should be doing with their recyclables. The labels inform consumers when they should rinse containers out, whether or not they should screw the plastic cap from their milk carton back on, or even if the material itself should dry after rinsing before it goes in the recycling bin.

“We're trying to get a recycling label on every package in the marketplace, and there are thousands, and thousands, and thousands,” says Kelly Cramer, Senior Manager at SPC and the lead for the How2Recycle Program.“So, there's a lot of work to do.” “Some of our members got together and sad it would be really great if we had a way to cut through all the clutter that’s out in the marketplace on recyclability and help consumers understand not just one piece of the package but the whole package,” Says Nina Goodrich, Executive Director of GreenBlue and SPC Director.But it was also the brands themselves that were thirsty for this kind of transparency.“Some brands were saying their stuff was recyclable when it wasn't,” says Kelly. “And their competitors were saying they wanted to be honest about the recyclability, but it was hard for them to do that if their competitors were  misleading consumers.” The brands themselves wanted an impartial third party, a nonprofit that could assist them in taking some of the pressure off their shoulders.They wanted to create a standard they could all buy into, one where all members were subject to the same rules, only then could they ensure that everyone was legally compliant. The hard part—what’s critical—is getting other brands to sign on. You want consumers to know what to do with their packaging waste, but you have to have the industry on board.

“What that involves is persuading companies to join our program, putting forth the value proposition that compels them to join the movement, and talking to different people at different companies trying to help them get internal buy-in,” she says.“Once they're in the program, we want to do everything that we can to encourage them to add the label to everything.” While How2Recycle is a voluntary program, they’ve been enormously successful in attracting some of the world’s biggest brands from Unilever and Pepsico to LEGO and Johnson & Johnson. Even retailers like Target and Walmart have signed on, and all of their in-house products bear the label.Better still, they also tell consumers whether or not something is recyclable. “As the label grew, we realized it had tremendous potential to reduce contamination in recycling facilities because it helped consumers get away from what we call ‘wish recycling,’” says Nina.If a package is recycled by less than 20 percent of the nation's curbside pick-up, then the item is labeled as “not yet recycled.” When the recycling company takes in the product they can't use, then they must pay to have those products hauled off to a landfill. How2Recycle also tells you whether an item can be dropped off at the store so it can be recycled there, as some types of flexible packaging can’t be picked up curbside.“I don’t think consumers think of this as a manufacturing stream yet,” adds Nina. “That connection isn’t complete in their minds. They know they're recycling, but they don’t have a good vision towards what this means.”

“We are also thinking a lot about growth,” Kelly says. “So how can we bring more companies in, how can we expand to other areas geographically?”Currently, they’re in the US and Canada, but they want to move beyond North America. “There are different communities that we're a part of that we want to plug into the recycling community and spread awareness and recognition of how to recycle on the recyclers' side,” Kelly adds. “There's a tremendous amount of opportunity in upping our consumer engagement. We have a website, and then we have the label that's on all the packaging, but there's so much more that we could be doing to teach people about how to recycle. "“That's a whole frontier that we are thinking about,” adds Kelly.They also want to help brands make their packaging even more recyclable. “One of the things that I'm most excited about is we have built a way to issue recommendations to all of our members for specifically what they should do to change their design,” Kelly says. A piece of packaging might have three different materials recycled in three completely different streams, but How2Recycle offers suggestions to the brands that could potentially get them there.We have reached a tipping point when it comes to plastic waste. More than 5 trillion pieces of plastic are littering our ocean, and about one-third of our landfills are made up of packaging. Brands are doing better—McDonald’s, Kraft Heinz, AB InBev, Coca-Cola and countless others have made bold pledges to reduce plastic waste and create more sustainable packaging alternatives. But they can’t do it alone. Both brands and consumers will have to band together in order to tackle the plastic behemoth that’s choking our planet, and we’ll need more nonprofits like How2Recycle to help pave the road ahead.

The Design For Granit's Range of Products Is Very Scandinavian

The Look For Dong Jiu Wine Was Inspired By The Panda