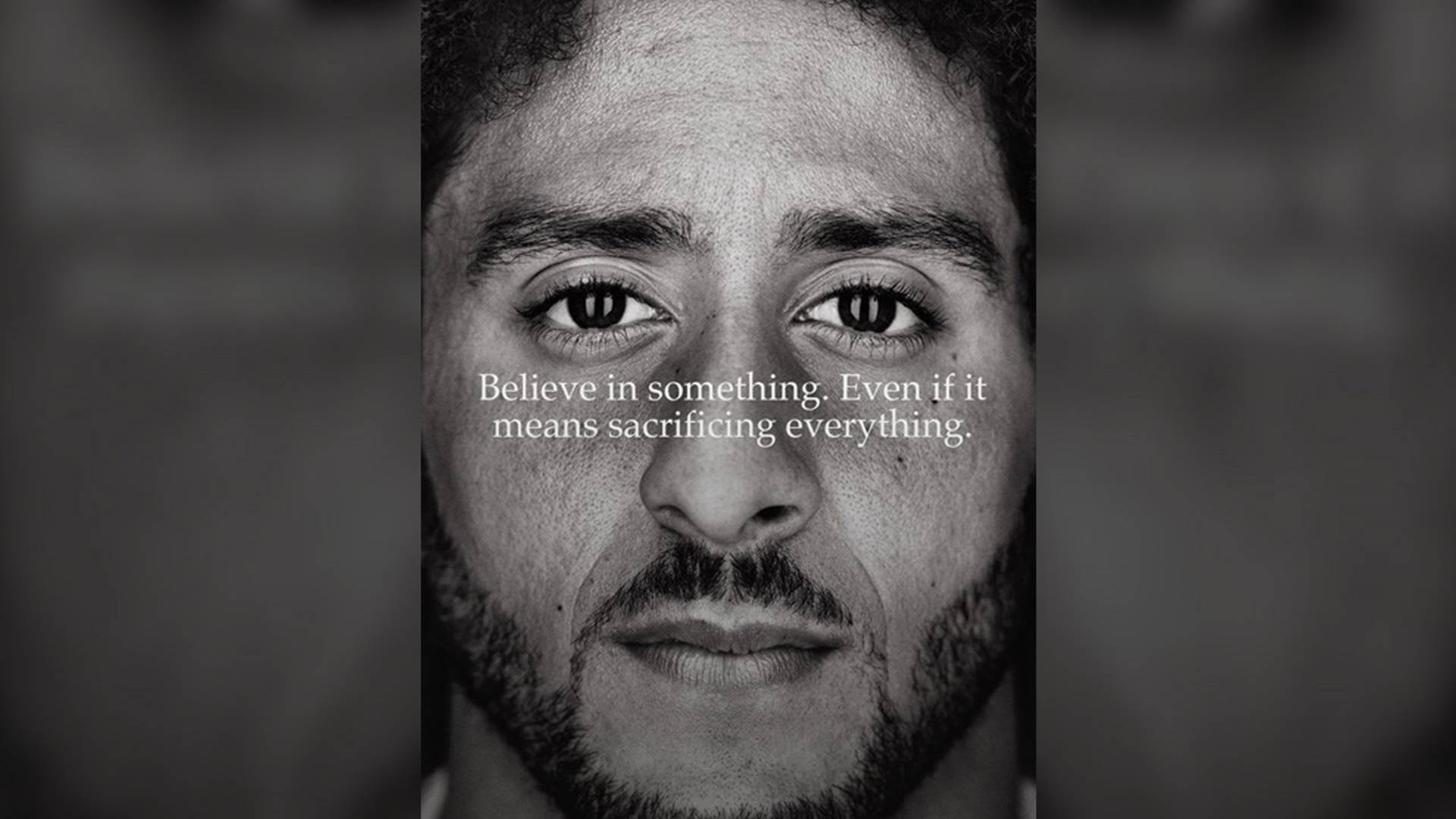 What Brands Can Learn From Nike’s Colin Kaepernick Ad

Gun control, abortion, Black Lives Matter, Tr*mp, Immigration. There’s a reason your parents taught you not to discuss politics at the dinner table—it’s pretty much bound to end in tears, a screaming match, a physical brawl, or any combination of the three. So why, then, are more and more brands embracing standpoints on divisive topics? After all, isn’t it a surefire way to lose valuable consumer loyalty in mere milliseconds.Brands aren’t as afraid to be bold anymore. Expedia released an ad, “The Train,” to warn against intolerance, and it conveniently aired on Inauguration Day 2017. Airbnb released an ad during the Superbowl called “We Accept” in response to Donald Trump’s order to temporarily close America’s borders to refugees. Patagonia changed its homepage in response to Trump’s move to reduce the size of Bear’s Ears and Grand Staircase-Escalante National Monuments (they also later filed a lawsuit).And no, it’s not all about the person currently in the White House. In early September, Levi Strauss & Co. announced an initiative which would benefit groups working to prevent gun violence. A number of companies came out against North Carolina’s anti-LGBT legislation. Sanofi, the makers of Ambien, snapped back to the actor herself after Roseanne Barr made a racist tweet and blamed it on the drug.The most recent brand controversy is Colin Kaepernick’s ad with Nike.

The American football quarterback refused to stand while The Star-Spangled Banner played in a 2016 game. Some loved him for it, some hated him for it."I am not going to stand up to show pride in a flag for a country that oppresses black people and people of color," Kaepernick told NFL Media in an exclusive interview after that first game where he refused to stand (he would later choose to kneel, something NFL players would do in 2017 in response to, you guessed it, comments from Trump).The internet heard an initial outcry of angry citizens calling for a boycott of all things Nike after they made Kaepernick the star of their 30th-anniversary #JustDoIt campaign. Many even went so far as to destroy their Nike gear, sharing images on social media. Donald Trump expressed his opinion on his social media platform of choice, asking, “What was Nike thinking?” Beyond the Twitterverse, a Louisiana mayor ordered a boycott of Nike products.Surely, these livid customers burning their apparel and furious politicians were bound to spell big trouble for the fitness brand. After all, immediately after the news, Nike stock dropped 3 percent.

Yes, it would be big trouble, indeed, except stock has since rebounded and they’ve experienced a 31 percent sales increase since the ad aired.The sentiment “if you’re not outraged, you’re not paying attention” has possibly never been more front and center in the minds of U.S. citizens. It is a fire inside which we must demand not only from ourselves and our peers but from the brands to which we give our business. According to analytics company Sprout Social’s survey “Championing Change in the Age of Social Media,” 66% of consumers want brands to voice opinions on social and political issues.The current administration has put a slew of problems at our feet, so if you want to speak out, you’ve got your pick. Sometimes not saying anything says something, too. So it's in a brand’s best interest to ask themselves what they want to say and how they want to say it—before their silence says it for them. But if coveted consumer loyalty is hard to earn and even harder to keep, why would any brand want to risk it?

In Nike’s case, for the customers they may have lost forever, they have now appealed to new and other existing consumers on a deeper level. "Those that are complaining the loudest are likely not Nike’s core consumer," Matt Powell, a Senior Sports Industry Advisor for the NPD group, explained to InStyle. “The ad strengthens Nike’s appeal to its target demographic.”The real risk here is not about losing customers; instead, it is about approaching activism in a way that is not mistaken for capitalism.Nike was in a position of needing a bit of a PR boost. In The Guardian, Ben Carrington and Jules Boykoff pointed out, “Nike has an appalling history of labor rights violations in the 300-plus factories in nearly 40 countries around the world where its products are made. Nike has also been exposed for fostering a sexist work environment that included discrimination and harassment towards women.”So since over 60% of Nike consumers are under age 35, selecting Kaepernick for the ad is a choice that would resonate with a younger, more racially diverse audience.Other brands have hopped on a soapbox less successfully. For example, Hard Candy attempted to trademark “#MeToo,” a move that felt more focused on press and profit than the heart of the issue. They failed to follow the wise advice Finn Partners gave brands to “think human first.”We’ll undoubtedly see more examples that follow the likes of Nike, Patagonia, and Expedia; in fact, it’s obvious we want to. But brands, remember, these aren’t publicity stunts or easy money. They’re real-world issues which real people around the world are genuinely invested in.

Piel Skincare Has a Clean Yet Colorful Look

Check Out This Bright Take on Condom Packaging