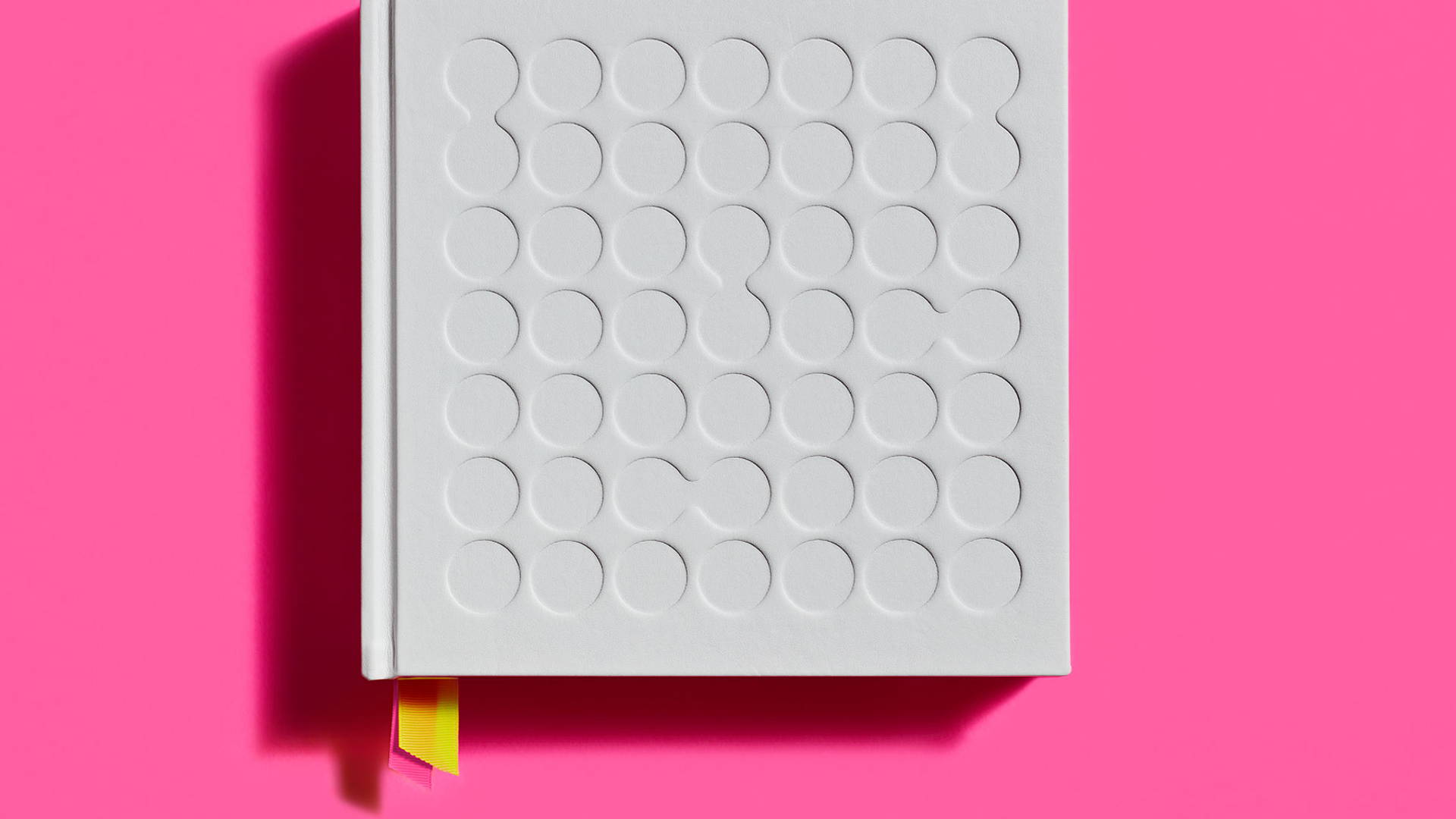 Jennifer Morla Looks Back At An Illustrious Career With Morla: Design

"Great design is, quite simply, innovation that reflects the spirit of an era and becomes a classic due to its timeless appeal," says Jennifer Morla, founder of Morla Design.  A piece of advice that has served as a touchstone for her approach to design throughout her career as she often asks herself, how can innovation inform the design solution? After all, innovation acts as a motivator in numerous designs throughout her 40-year career, and now for the first time ever, she's compiled these projects along with personal stories into a book, Morla: Design. Slated to be released this January, Letterform Archives, a non-profit center for lettering and typography, and her publisher have launched Kickstarter and Indiegogo campaigns to give individuals a jump start on purchasing.

Morla’s journey began in Manhattan in 1965 at the age of 10 when she spent her free time attending museums with her mother. Designed by Frank Lloyd Wright, The Guggenheim Museum had just moved into their new digs in 1959, and they delivered a sense of optimism and the first intersection of architecture and design with its 6-story ramp. The Museum of Modern Art, on the other hand, sparked the realization that everyday, ordinary objects like Dieter Ram's Turntable and Russel Wright's plates could serve as art. She also had the opportunity to attend and even star in photo shoots for Conde Nast as her aunt was the editor—an experience that felt telling in that she knew she wanted to be a part of that world.But the most important thing that led her to design was her ability to draw and the recognition she received for it early on. "Because of that, and probably because I am a woman, I was allowed to pursue art as my career in life," says Morla. Given art lessons, she tirelessly pursued her love of drawing.

She pursued a Bachelor of Fine Arts in Graphic Design from Massachusetts College of Art & Design, and she also studied conceptual art at Hartford School. In 1978, she headed west for San Francisco where, for her, it was a vibrant time for design. There weren’t many studios in the Bay Area, and the ones that were present were multidisciplinary as opposed to the ones she grew up with in New York that had a focus—be it environmental, corporate, or even just a firm designing book covers."San Francisco felt like the right place and when I got here my first job was for PBS, which was wonderful," starts Morla. "After that, I was hired as the Art Director for Levi Strauss, a great job that had very large budgets to articulate design goals for the company and brand."One of her projects at Levi's was to create print materials, and she opted to do a poster series by famous artists to help compete with the rise of Calvin's in 1983. She reached out to Robert Rauschenberg, David Hockney and Andy Warhol and allowed them the creative liberty to create their art as long as it incorporated the iconic Levi's jean.

"Warhol sent to me ten polaroids depicting his version of the iconic Levi’s 501 jean," she says. "Nine of the polaroids showed the jeans with the button-fly decidedly un-buttoned.  The Levi’s execs went with the 10th one." When Morla let Warhol know they chose the most modest and least revealing photo, he invited her to The Factory to witness his screen printing process.Unfortunately, when Morla departed from Levi's in 1984 to launch her own multi-disciplinary firm Morla Design at the age of 28, the project was squashed, though the print of Warhol remains in Levi's San Francisco headquarters.

"I've always been a big believer in appropriate design – a design that surpasses a stylistic approach and communicates our message to the audience in an unexpected yet clear way," says Morla. "This sort of goes against the grain of quite a few people and a number of studios, but I believe you should never deliver the expected as to what that sort of client or industry is known for. I firmly believe the design should surprise and educate and widen up the audience from the original target market." This mentality is what allowed Morla to continue working closely with Levi's, producing the first holographic credit card for Nordstrom, achieve a 6-week residency at Ann Hatch's Workshop Residence in San Francisco and have permanent installations in The Smithsonian and SFMOMA. It has also granted her opportunities to serve on the national board for AIGA, the world's oldest and largest professional membership organization for design, and teach at the California College of Arts & Design for 23 years.

Now, it's all neatly and strategically compiled into a 10" x 10" book with an all white, no-type cover. There are two editions, the regular which features a debossed case wrapped in soft vegan leather and a deluxe, decked with an embossed vacuum-formed front cover. But it’s not just a retrospective. Sure, it makes for a great, conversation-worthy coffee table book, but it’s also instructive, including many of Morla's "designisms" or teachable moments.  For instance, she's a firm believer in the fact that "Images can be more powerful than words," because an image can often communicate what you're trying to say in a more compelling or efficacious way than words.

There are countless personal stories and anecdotes, all of which showcase her journey, from her upbringing and inspirations to the intriguing individuals she had the pleasure of working with and importance of showcasing diversity in your work. One way Morla showcased diversity in her design was her emphasis on the empowerment of women. "I find that I often choose to use the image of a woman as part of the visual narrative in order to tell a complete story, a more truthful story," she admits. "Whenever I think that a design needs a human element, I instinctively feature a woman. It never seems to be a part of the client brief or the“ask," I just do it instinctively to make women more visible and reflect a truer picture of the world at large."

The book is also a treasure trove for font nerds, as the reader goes from A to Z with her favorite typefaces and their unique characteristics. "I was brought up in the old school way where I learned the difference between the whole Fairmont and Caslon alphabet because you actually drew them out," shares Morla. "By doing so, you found defining characteristics of letters in different typefaces. For example, if you're using Bell Gothic, you have to have a nice capitalize "I" because it's the only letter with a serif in the whole typeface."It’s a good time to look back and take stock. "After 40 years of design, it felt like it was time to reflect a bit on the notion of design, my ideas on design, as well as having documentation of the scope of the work I have done over the course of my career," says Morla.“I can't wait to get a copy in my hands,” she says. “It's truly been a really wonderful journey."The book is scheduled for release in January 2019. Letterfrom Archive and has already reached its goal of $50,000 on Kickstarter, but the book can be pre-ordered here

Job of the Week: Zoku