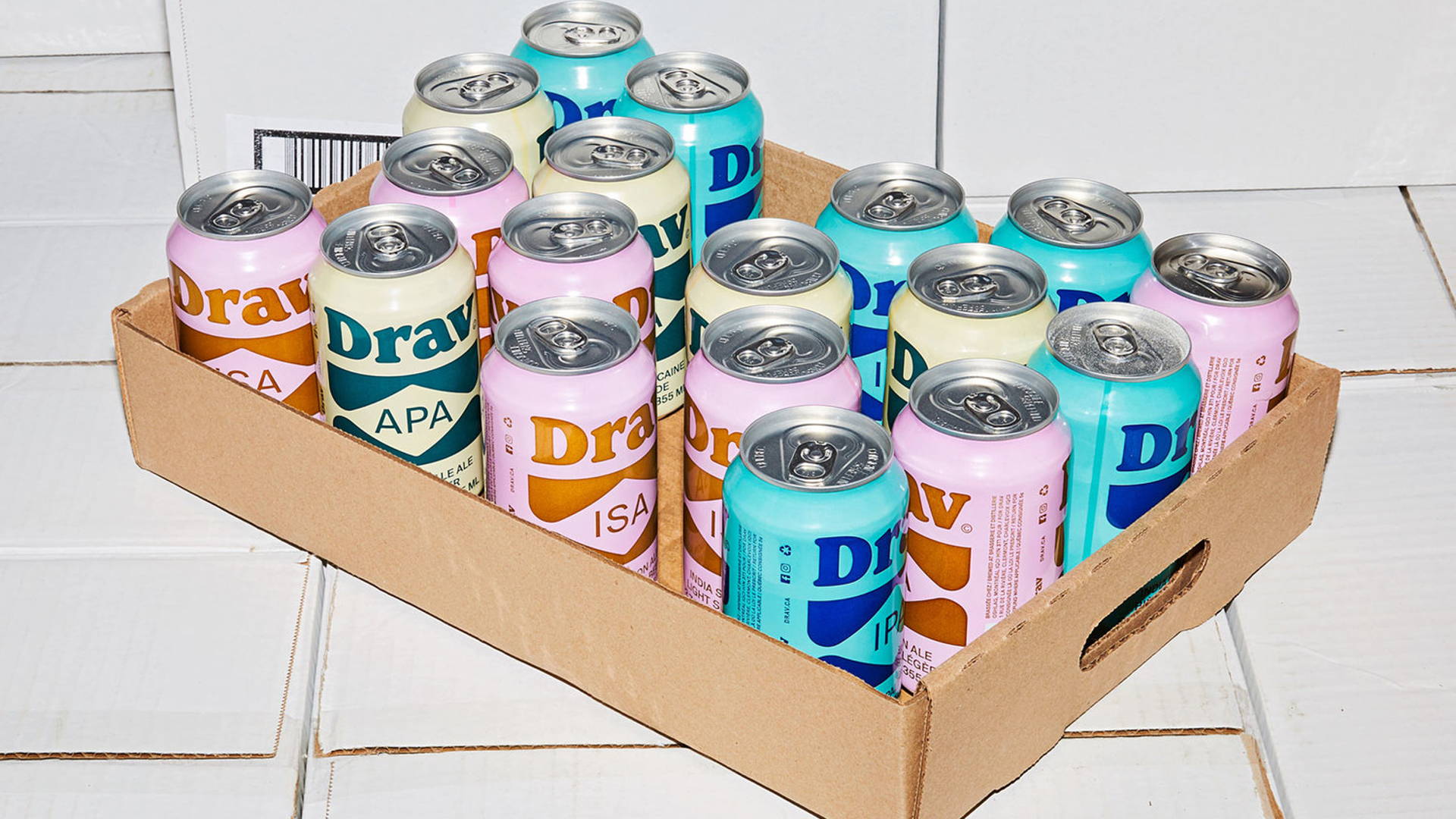 From sports balls events and music festivals to craft breweries and even the famous Oktoberfest, beer is without a doubt one of the most widely consumed alcoholic beverages across the globe. While five brewers – Anheuser-Busch InBev, SABMiller, Heineken, Carlsberg and China Resources Enterprise – control about 51% of the international market, there's still a whopping 49% of local and small owned brewpubs waiting to share their ales, lagers, pilsners and porters with you.This is where Drav, a beer of, as they say, “really good” quality rolls in with their vintage-inspired aesthetic.

"My partners and I started Drav with the desire to enter a market unreached by microbreweries: the young and free who were looking for quality beer at a democratic price," states Charles Boissonneau, founder of Drav. "We wanted to build a brand that would go beyond beers, where everyone could integrate the true spirit of it into their every day through art and design."As Boissonneau always felt inclined to work with small-scale studios because they have their finger on the pulse of all the latest trends and design innovations, he discovered Wedge, an award-winning creative agency, while surfing the interwebs one day.

"Charles called us on the telephone, when Drav was at the very start of the process with a plan to create a beer and eventually, a distillery," shares Justin Lortie, founder and design director at Wedge. "The visions for the beer and distillery came from what felt like two worlds, and Wedge was on-boarded first to develop the strategic approach."Drav's goal was simple, develop an iconic can that would be known as Montreal's local "Pabst," a beer that would fit in with today's subculture while gaining value over time."To do this, we had to understand how vintage brands evolved and how they interacted with their community," states Lortie. "We also wanted the brand to be functional, accessible and easily recognizable in a sea of others. That's why we explored four different brand directions that each brought the brand to life differently, with strong values to help Drav's partners get closer to the feel of the brand."

The designs would be minimalistic—something Wedge is known for—with nothing but an iconic badge displaying the acronyms for the type of beer and title.The final step involved selecting the colors of their three inaugural beers. The colors, however, had nothing to do with the flavor or the brew.

"India Session Ale (ISA) is a pink colored can, and the first release, in honor of one founder's wife, Isabelle. The IPA in a turquoise-blue can match the color of the house and Jeep of another partner. The American Pale Ale (APA) is a paler yellow, akin to wheat to reach classic beer consumers," shares Lortie. "There's intention behind every choice, always with our work, and we enjoy the personal intricacies mixed in with the rational."Ultimately,  they were able to deliver a charming design that was a hit with consumers because of the white base coat they used instead of printing directly on the can to achieve a matte-aesthetic over a glossy one.

"The natural reaction to the brand and the instant love is the most rewarding because you can finally see the brand connect with people," starts Lortie. "It suddenly becomes real when in the hands of who it is made for, and people genuinely want to take and share photos with Drav in their hand."The partnership continues, as the two teams gear up to launch the branding for Drav’s distillery this fall.“Drav is more than just a beer brand,” begins Boissonneau. “Compared to many breweries, it doesn’t focus on its place of origin as an advantage, which makes the brand easily exportable. In the future, we would like Drav to become the reference for beer drinkers who aren’t afraid to say that none of the actual breweries match with their way of living. In order to do it, we want to associate ourselves with more and more collaborators around the globe.”

Pack'd Wants To Help You Nourish Your Body