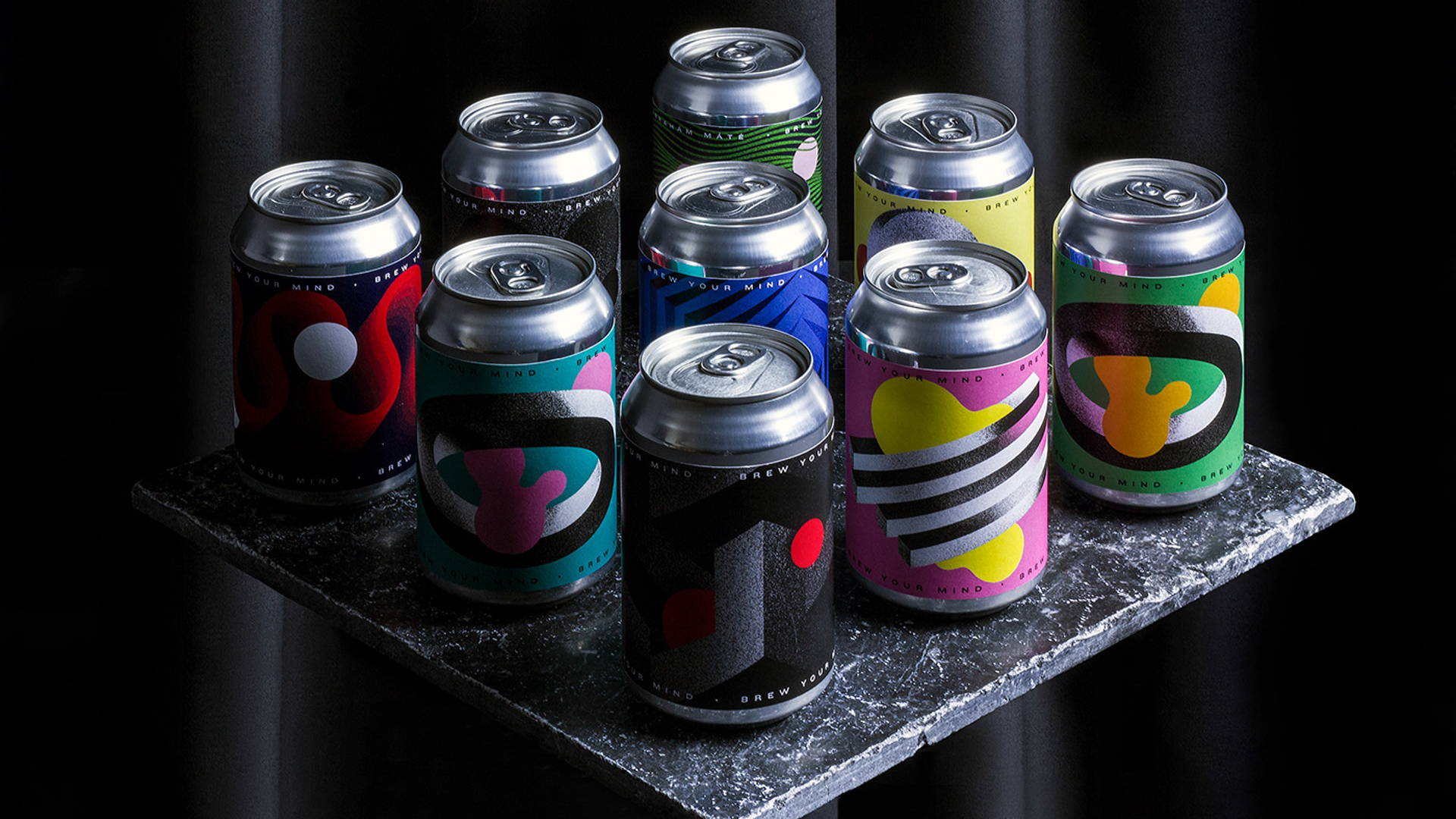 A Hungarian-based brewery wants you to let them Brew Your Mind, literally, with a series of special-edition cans designed by the team at Classmate Studio."Brew Your Mind was founded by Ákos and Olivér, two childhood friends from Szekszárd, Hungary in 2014," begins Jozsef Gergely Kiss, graphic design at Classmate Studio. "It started as a hobby, then quickly became a form of self-expression as brewing beer is finding a balance between art and science, much like architecture. "Originally, Classmate was recruited to design the logo and two label designs, and with the "twisted nature of 'brew your mind,’ an optical illusion gave us the inspiration for the logo," chimes in Kiss.

At first glance, the logo appears to be an eye with funky scalloped lashes. However, if you take a closer look, you'll see the edges of the eye are actually a bottle cap. As optical illusions go, you can only see one or the other, but never both at the same time— a detail from the project that the team adores."We liked the eye because we think of our beers as a way of self-expression and the eye suggests that there is more to the product than just beer," shares Ákos and Olivér.

"They were very keen on having an individual character for each beer so that even when there will be many more variants, they could all be distinguished," says Kiss. "And after a few different concepts, we got to the idea of using different optical illusions based on illustrations, while keeping the rest of the layout clear and type-based.Nailing the first two labels, they got the clearance to move forward and design the remaining cans.  Each of the regular brews was given a color and a shape, while the special and limited-edition brews received optical illusions covering the entirety of the label, conveying the character of the beer.

For example, New England-inspired Endless Waves Imperial IPA features a continuous multi-level wave against a dark blue background with strategically placed white dots that add depth to the design. The Dark Power Imperial Stout displays a design similar to a close up of the imperial cube in ash-black against a pure black background.

At the end of the day, the close and trusting relationship between Classmate and Brew Your Mind was pivotal in achieving the best possible outcome for the packaging and branding.  "We loved creating each new label, as well as their website and the photos of the final products," shares Kiss. "But if I have to pick one thing I'm most proud of, it would be all the carefully shot pictures of our designs on social media, taken and shared by their customers."

This Holographic Branding and Packaging For Obé Is a Millennial's Dream