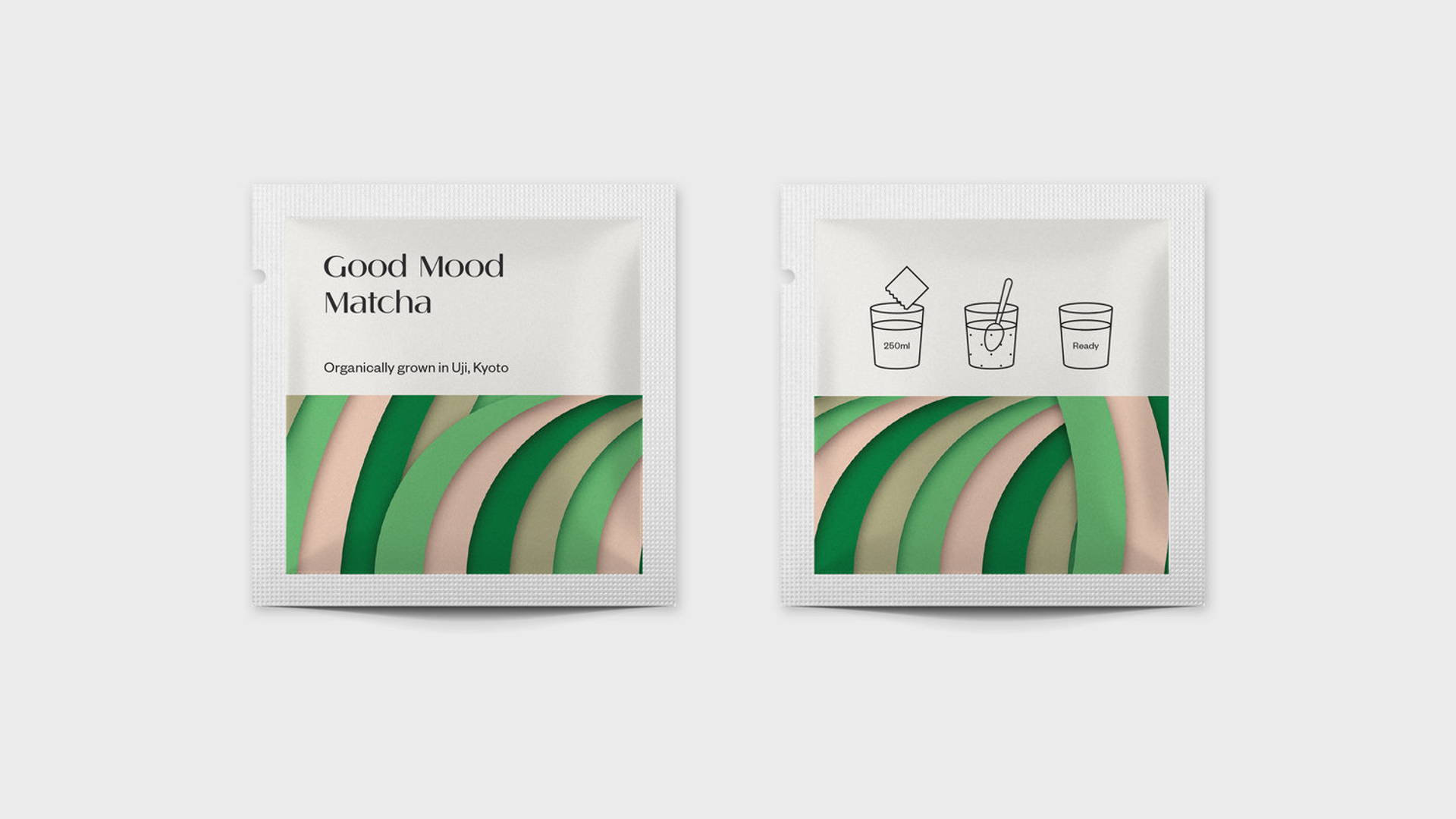 Hailing from Japan, Matcha is a form a green tea that has been sweeping the world by storm because of its superfood qualities. Not only is it rich in antioxidants, but it's been known to boost mood, metabolism and energy levels as well.As a result, stores and cafes dedicated to the tea have been popping up left and right with London’s Good Mood Matcha joining the movement in the Spring of 2017.

"Good Mood Matcha sources their product from a small, family run tea farm in Uji, Kyoto – the oldest and best tea growing region in Japan – ensuring an ethical and sustainable product of the highest quality," starts by north™. "We began working together when the founder of Good Mood Matcha, Max Cheong, sent us an inquiry. We fell in love with the product, and the rest, as they say, is history."The agency conducted a deep dive into the brand, and they started visualizing various ideas and approaches. "We usually end up with two or three different directions, rejecting those that don't work and iterating those that do," says by north™. “Then, we present to the client in hopes of narrowing down one direction to move forward with – there are usually  a few rounds of iterations before the client signs off on the designs."

“As Matcha is relatively new to the European market, adds by north™, “we wanted it to stand on its own two feet and highlight that it’s different than what we usually think when we talk about tea. Another thing we wanted to avoid was trying to mimic a traditional Japanese matcha design.”Ultimately, the inspiration for the final design arose from the stirring of the tea powder in water, and additional colors were added to bring more depth and dimension to the green.

"We essentially combined a more expressive pattern with a modern, European approach to type, giving the logotype and information space to breathe. This gave us the calm and modern look we wanted, as well as a visual stand-out on the shelves," said by north™.

The pattern itself has an intoxicating quality, and the swirled, stirring effect draws consumers in, creating the perfect, Instagrammable beverage.What more could you ask for then a drink that not only delivers a natural detoxifier that relaxes the body but is easy on the eyes as well? If you're ever in a morning bind, or looking for a place to crank out some work, cruise down to Good Mood Matcha for a bit of nature's natural mood enhancer and concentration booster.

A Traditional Czech Bakery Gets a Modern Update