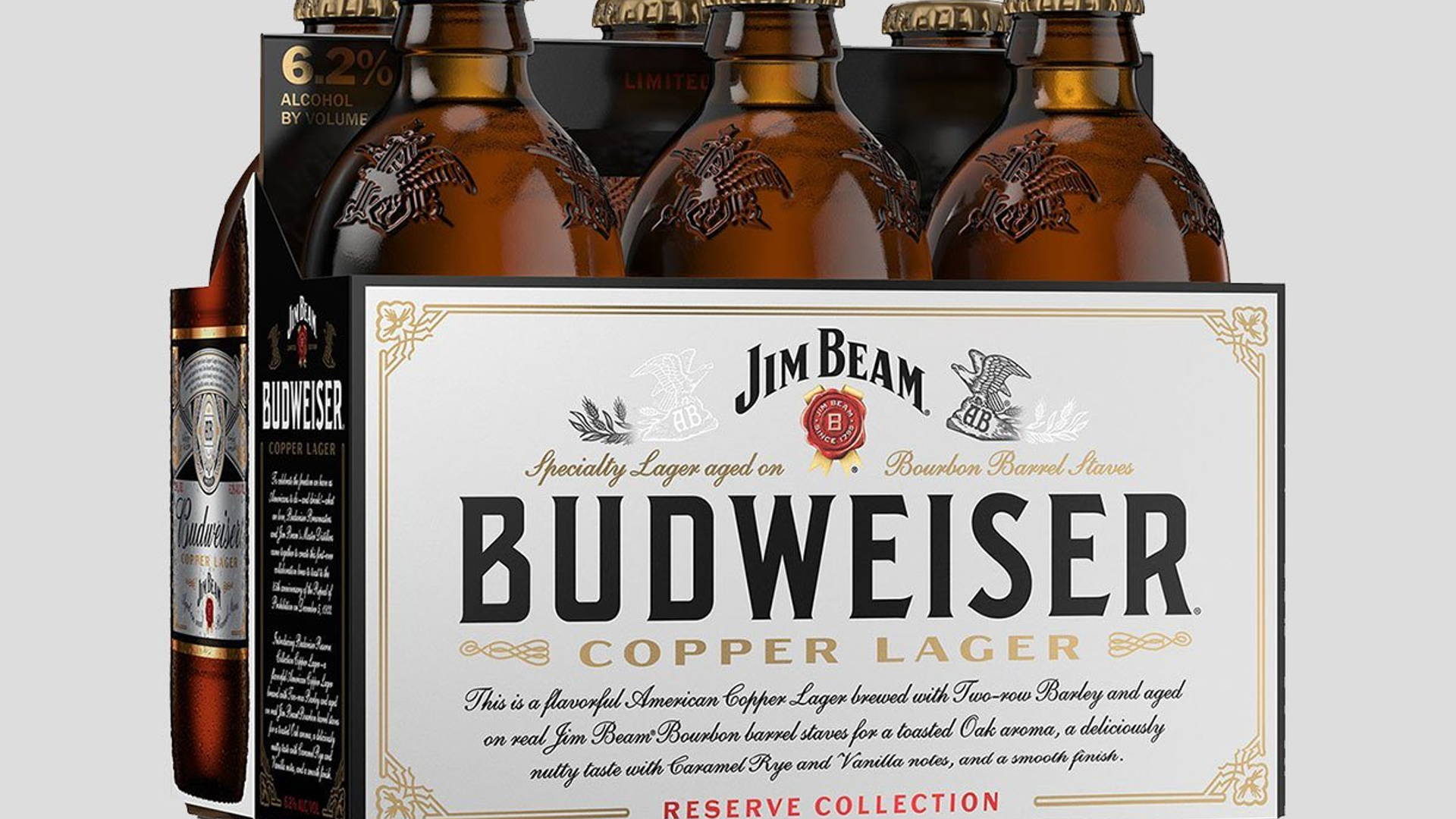 From 1920 - December 1933, America declared alcohol illegal as a tactic to reduce crime and corruption, although the "noble experiment" failed tremendously resulting in crime increasing and the formation of organized crime.To celebrate, the world's largest brewer, Anheuser-Busch has launched a Reserve Collection that celebrates Budweiser's survival throughout the 13-year dry spell, where they sold non-alcoholic beverages to stay relevant.Now, they're gearing up for a holiday release of the third in the collection, Budweiser Reserve Copper Lager, in collaboration with Jim Beam, one of the world's best-selling bourbons.

This brew follows the 1933 Repeal Reserve Amber Lager, directly sourced from the original recipe of Aldophus Busch that never reached outside the city lines of St. Louis until last October, and Freedom Reserve, inspired by George Washington's "small beer" recipe found on a shelf in the New York Public Library.Starting in September, Budweiser’s brewmaster Pete Kraemer and Jim Beam’s seventh generation master distiller Fred Noe are joining forces to brew the American-style lager aged in bourbon barrels staves. The staves deliver a toasted aroma to the nose and a nutty, caramel rye taste with a hint of vanilla for the palate.“We are very excited about this partnership not only because both brands share a common history but also an obsession for quality and a decade’s long connection to America,” said Ricardo Marques, Vice President of marketing for Budweiser. “This is a truly unique partnership and innovation that will surely drive excitement with our drinkers.”To those looking to grab a taste or collect the bottle, you can expect to see Budweiser Cooper Lager, packaged in the same heritage glass bottles as the other beers in the collection, with a black and white label finished with copper, on shelves or available by draft this holiday season in the United States.

Pack of the Month: Would You Let AI Select Your Face Cream? Identité Says Why Not?