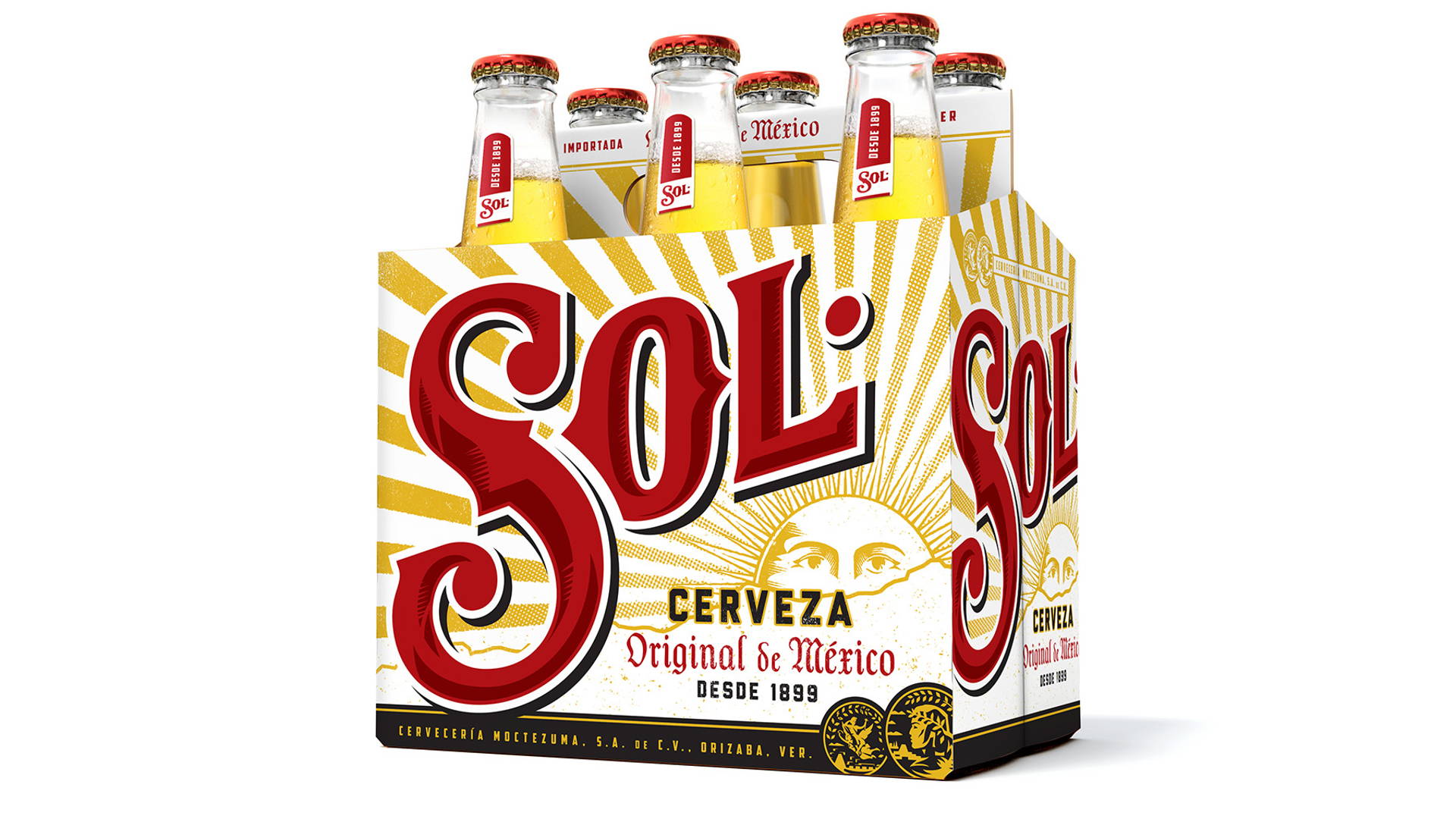 Sol Lets The Sunshine In With Vibrant Redesign

Born 119 years ago in the heart of Mexico, Sol Cerveza was inspired by beams of light radiating through a hole in the roof at a local brewery. At this time when the focus of the era was darker beers, Sol, a lighter-bodied lager shined through and gained popularity.In 2017, MillerCoorssigned at 10-year importing deal with Heineken for Sol and then partnered up with Soulsight, a Chicago-based brand agency to rebrand the historic Mexican beer for its relaunch in America.

"There was a desire internally at MillerCoors to bring Sol's vibrancy and heritage back to its packaging," states Graham Ebetsch, Senior Design Director at Soulsight.However, elevating the design without straying too far from the original presented a challenge because Soulsight did not want to part with loyalists of the brand."We had a lot of conversations about how to capture the spirit of this brand, and the main touch points we kept coming back to is the old signage around Mexico – the old tin signs and the murals," states Ebetsch. "We wanted to leverage the brand's heritage in a meaningful way to create a strong sense of place by drawing out the colors and vibrancy of the heart of Mexico."

So, instead of stripping the design and coming up with something fresh, the team focused on refining.The sun that was once tucked away behind Sol is now shifted below, where radiant beams of yellow rays shine across the design, on both the packaging for the bottles, as well as the cans themselves. The red featured throughout the design has brightened up a few hues, and the medallions that showcase Sol's Mexican Heritage are at the bottom of the pack and the top of the cans.These new designs have been adapted to the 12 oz. cans, single-serve 24 oz. cans, 6-packs and 12-pack cartons, as well as throughout events and festivals where Sol has a booth or sponsorship.Additionally, the rebrand had a focus in Southern California, Arizona, Texas, Illinois and Las Vegas due to their large Mexican populations.

According to MillerCoors press release, "Latino drinkers are the fastest-growing segment of the beer drinking population. Almost 20 percent of 21-to-27-year-olds identify as Latino, and they drink more than the average legal-drinking-age consumer, company research shows."While that demographic influenced five key markets, Sol's rebrand hopes to reach a wider audience.“For us, it was important to not lose sight of what has made and kept that brand great in Mexico,” Hitch says. “We’re excited to share that vision with drinkers in the U.S.”

City By City: 15 Stockholm Based Brands