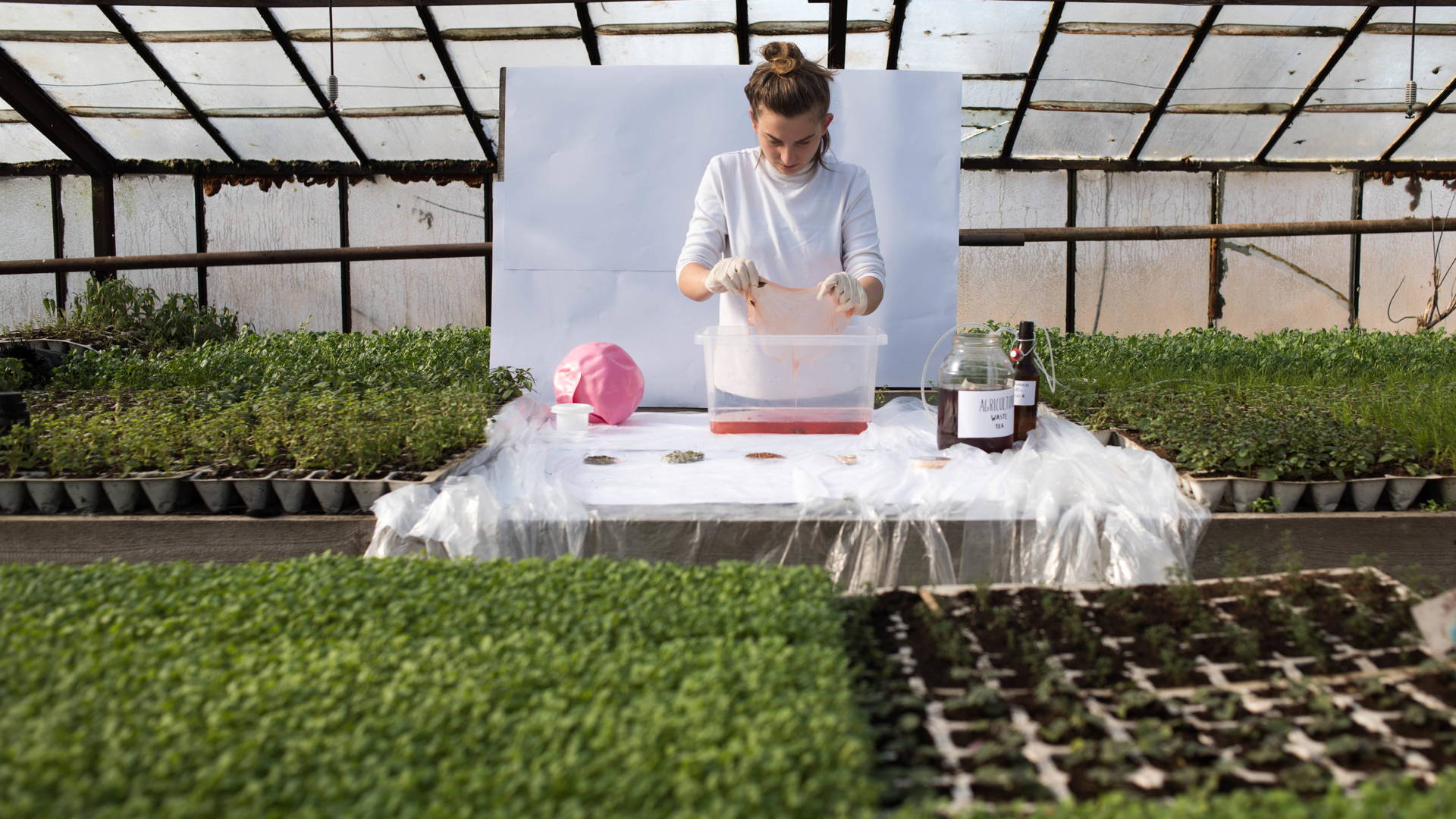 Skip The Plastic and Package Your Food With Kombucha

Kombucha made a name for itself in the beverage world a couple years back when it ended 2016 with $375.4 million in U.S. sales, and it's projected that the category could even go as high as $657 million by 2019. The rapid growth in popularity revolves around the health benefits associated with the beverage, from cancer and arthritis prevention to improved digestion and energy boosting.It even reached a point where growing a SCOBY—a symbiotic culture of bacteria and yeast—used to culture Kombucha has become mainstream, although, the history of Kombucha dates back to "The Tea of Immortality" from the Tsin Dynasty in 221 BC China.  From there, it spread to Korea and Japan where it received the name Kombucha after Korean physician Kombu, and then made its way to Europe and Eastern Russia where a German doctor used it to treat patients.Sure, that slimy white disc may look unappetizing, but there's a whole lot more you can do with it besides fermenting tea.

For her graduation project at the School of Form in Poznan, Poland, design student Roza Janusz has created Scoby, a 100% edible and recyclable packaging alternative.It's not uncommon for food to be packaged in biological material as meats like salami are stuffed in dried pig bladders or small intestines. The significant differentiator is that Janusz's packaging is both vegetarian and can be grown by any farmer using Janusz’s own chemical process similar to those used to develop the SCOBYs for kombucha. Now, the farmer brings his fruits or vegetables to market packaging they've grown.When Janusz says you can even eat the packaging, she’s not lying. In some of Scoby's promotional materials, you can see the end result of the packaging cooked along with the produce it was protecting.

There's also no need to worry about your food absorbing the flavor. While a touch of the vinegary, Kombucha flavor may transfer over, once the fruit or vegetable is cooked with the Scoby, the flavor will dissipate.Or, you could just compost it in your home garden if the whole "eating packaging" thing isn't in your wheelhouse.

To those looking to produce a SCOBY of their own, but don't have a friend that can give you a little to start with, purchase raw kombucha and combine it with sugar in a jar.  Over the course of two weeks, a single sheet should grow, and as you continue to make batches of kombucha, layers will continue to form at the surface of the liquid.Janusz has also co-founded Growing Pack, an organization dedicating to reinventing old food conservation techniques to fit the modern and hopefully less plastic filled world.

According to Growing Pack's mission statement, they “believe that Grow-It-Yourself movement can be a remedy for overproduction. Our process is circular which means all resources are used, and it is possible by connecting the food industry with packaging production."When you get down to it, opening your mind to alternative and sustainable food packaging techniques could serve as a way to save and protect the planet from further waste accumulation.  The sheer fact that the United Kingdom alone produces more than 170m tonnes of waste every year, most of which derives from food, is an obscene amount and SCOBY packaging could be a real gamechanger.

Brämhults Is Serving Up Fresh Squeezed Juice With a Friendly Look