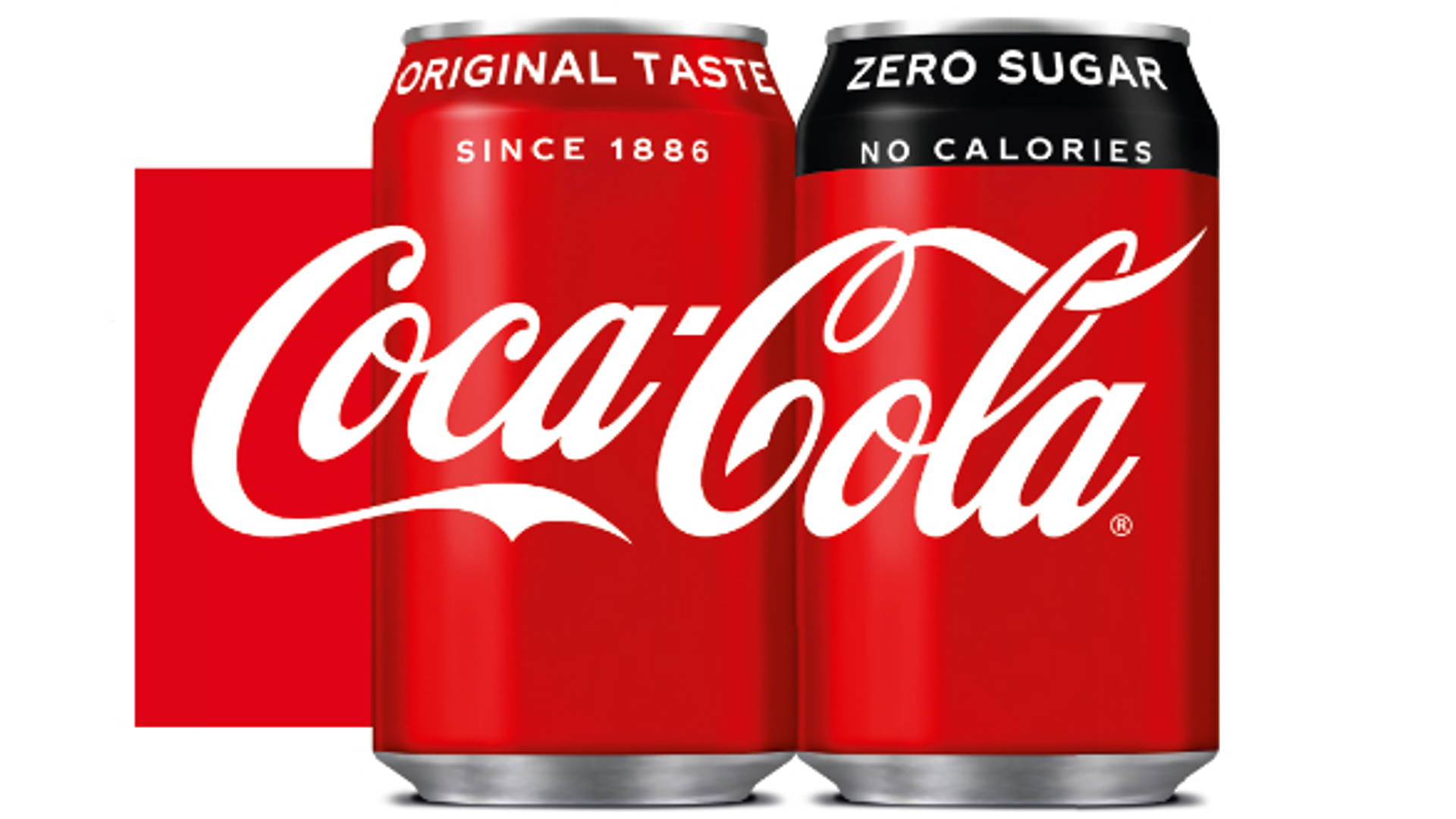 Coca-Cola Great Britain is gung-ho on letting consumers know that Coca-Cola original and Coca-Cola zero-sugar have the same great taste with their latest campaign and a fresh set of designs scheduled to launch next month.The predominantly black can with the red disc and white typography Coke Zero Sugar is known for has been upgraded to an almost identical design of the Coca-Cola original. Now, both beverages feature the iconic red styling with the only differentiators being the color of the caps and a thin black band across the top that reads zero sugar.No, it's not a ploy to trick you, it's a representation that there is no variation in flavor.According to Coca-Cola's press release, "this builds on the launch of the new Coca-Cola zero sugar in 2016 when it was given a new recipe and look, and since then it has become the fastest growing no-sugar cola in UK retail. Today, 58 percent of the Coca-Cola sold in retail in Great Britain is no sugar."It’s a move that goes hand in hand with the sugar tax that went into effect earlier this year in the United Kingdom. Coca-Cola, unwilling to compromise on taste and recipe, had to shrink its 1.75-liter bottles and raise prices because the tax applied 18 pence to drinks that contained more than 5g of sugar per 100 ml, and Coca-Cola classics comprises 10.6g of sugar per 100ml.

While that may seem rough, the tax arose to help reduce rising levels of obesity and other health-related issues like diabetes and tooth decay and has proven successful in other cities and countries around the world who have tried it.Nonetheless, the  £5 million marketing campaign is equipped with two TVC – a 10 second and 30 second – and an extensive Coca-Cola sugar sampling campaign estimated at seven million cans by the end of the year.One of the TVC's titled "One Way or Another" displays mirrored scenes of individuals enjoying a Coke, something the beverage giant is known for, with the tagline "an original taste, one way or another " to let consumers know once again that zero sugar does not equal comprised taste.Alec Mellor, Coca-Cola Marketing Manager, said “For more than 130 years, the colour red has been associated with the great taste and experience of enjoying a Coca-Cola, and we want to make it even clearer that you can have that taste and experience with or without sugar. Sales of Coca-Cola zero sugar have almost doubled in the last two years, and we believe this latest change will help us grow it even further and encourage more people to give it a try.”