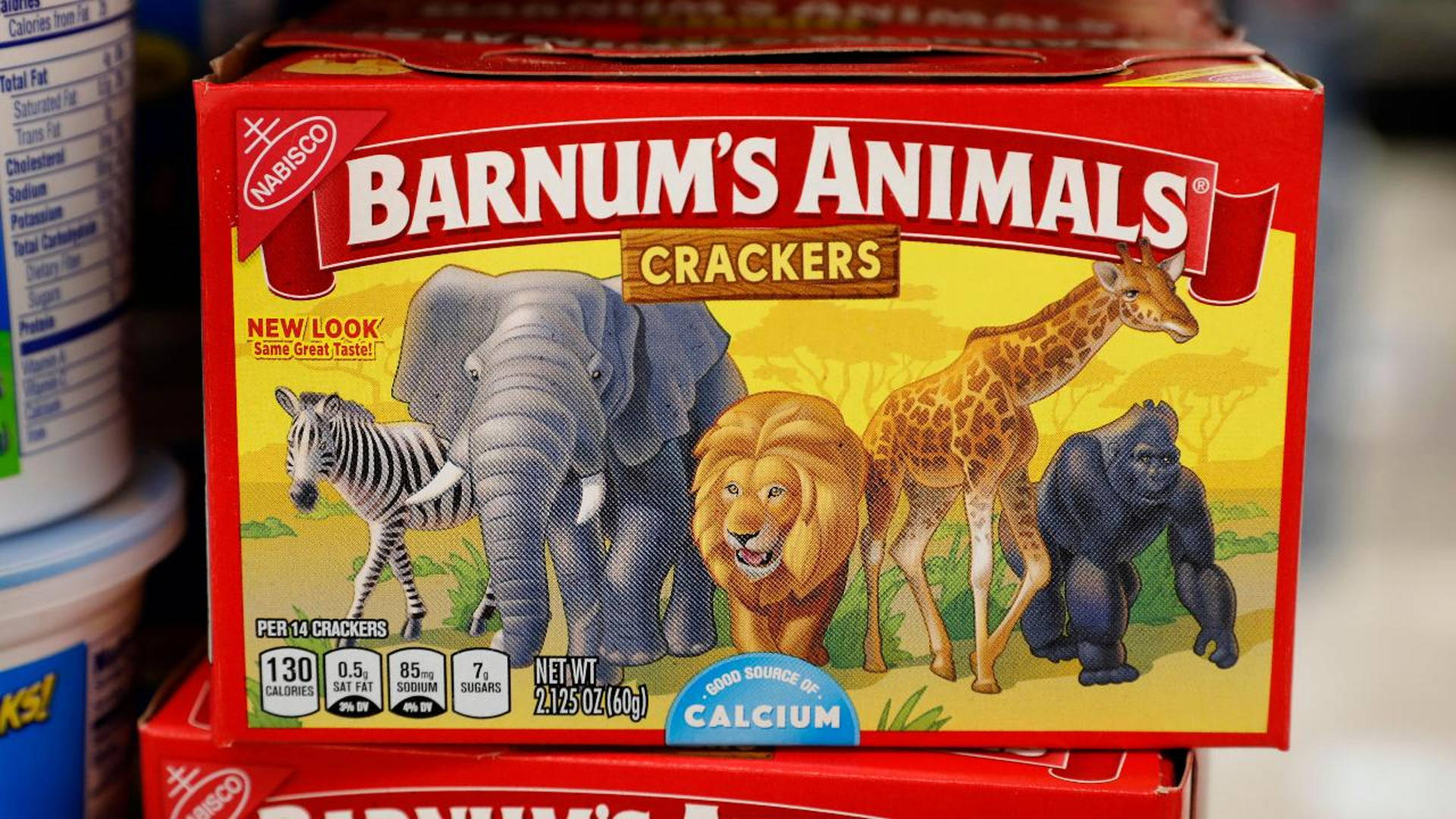 Barnum’s Animal Crackers, a long time snack for generations of kids, hasn’t changed much in terms of package design. The simple box depicted caged animals transported in a rail car, which, when the crackers were first introduced to market, was how circuses toured from town to town.But a lot of things about the circus has changed, including the shuttering of “The Greatest Show on Earth” in 2017 following declining ticket sales, an indicator of changing attitudes towards the big top amid reports of animal mistreatment and poor conditions.Barnum’s circus has left town for good, and now, so have the caged animals depicted on the namesake’s animal cracker box. PETA reached out to Mondelez in 2016, asking the parent of company of Nabisco to change the design of the iconic animal cracker box, and Mondelez agreed, seeing it as an opportunity to keep the brand fresh and modern.With the redesign, the animals are cage-free, roaming an African savanna together instead of being confined to the railcar."It's probably one of, if not the oldest, (product) in our portfolio," said Mondelez spokeswoman Kimberly Fontes. "We're always looking to see how to keep it modern, to keep it contemporary with customers."Animal crackers are a fun, animal-shaped snack that kids have loved for over a century, but circuses are anything but fun for their animal performers.This packaging change reflects shifting attitudes toward using animals for the purposes of entertainment, whether it be in circuses or amusement parks like Sea World. It is a smart move by Mondelez to keep their product relevant and modern in the face of changing times.

Faith In Nature Gets a Bold Brand Refresh That Commands Attention