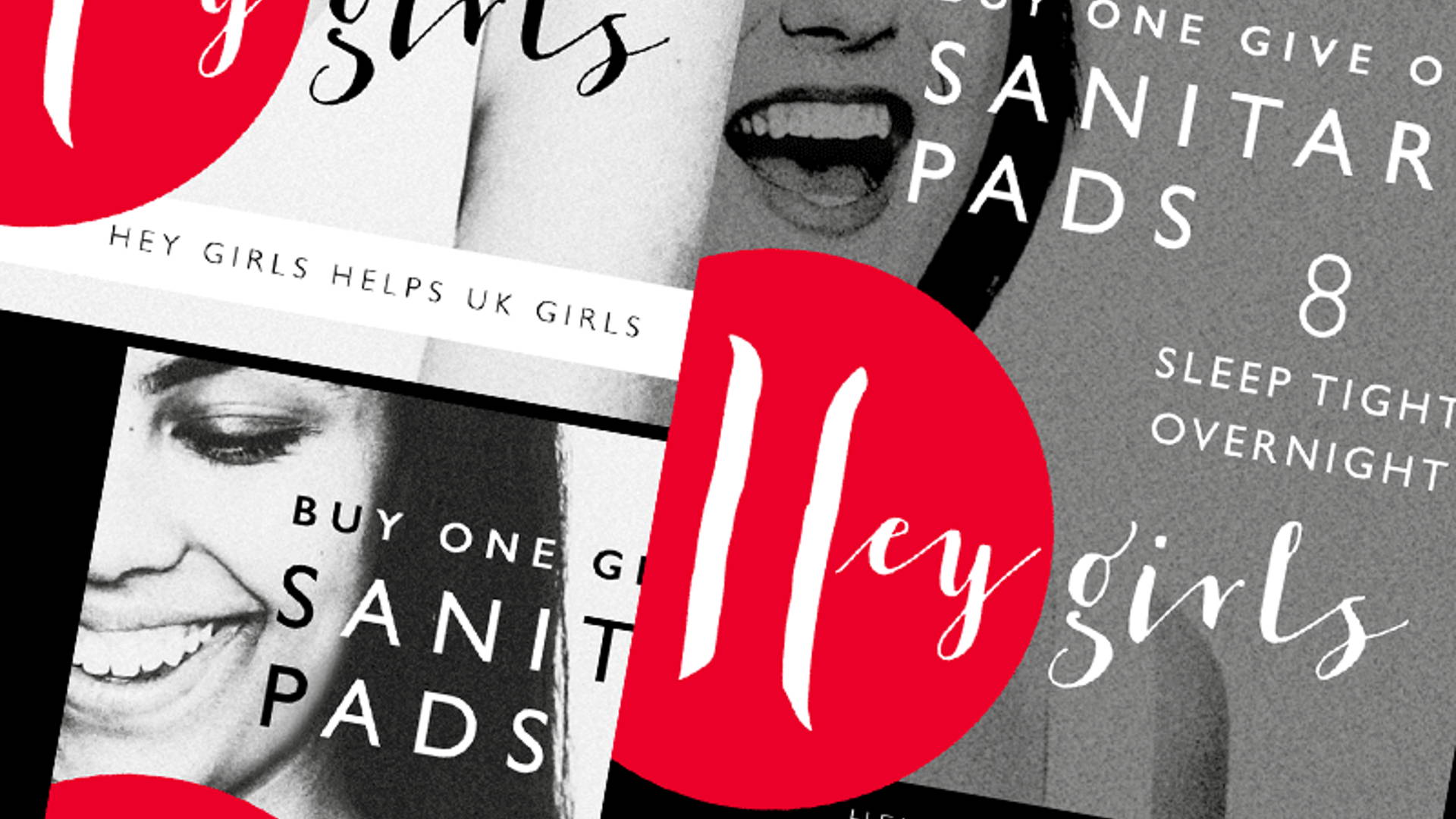 Hey Girls U.K. Wants You To Know All About Period Poverty

Did you know that 1 in 5 girls in the United States, and 1 in 7 in the United Kingdom miss school every year due to lack of period protection? How about the fact that 12 percent of these girls resort to using toilet paper, newspaper, socks, bits of cloth or sometimes nothing due to financial constraints?Considering sanitary items are a necessity for almost half the population, the numbers are astonishing. To combat period poverty, nonprofits and organizations around the world are raising awareness and setting up collections.This week, Hey Girls U.K. alongside its creative agency adam&eveDDB placed an ad shaped like a pad in free newspapers distributed by Asda and Waitrose that brings those statistics concerning period poverty to readers who may not know about the problem.

"Period poverty is a degrading inequality which sees girls right here in the U.K. left to improvise," said adam&everDDB CEO Mat Goff in Adweek. "When we met founder Celia Hodson and the team at Hey Girls, we knew we wanted to get involved and help shine a light on their social enterprise approach to ending period poverty in the U.K."Outside of raising awareness for the cause, Hey Girl donates a box of environmentally-friendly and ethically sources pads for every box sold at one of 80 Waitrose locations and 280 ASDA stores.Hey Girls U.K. isn’t alone on this journey. In March, Always launched their #EndPeriodPoverty campaign, donating 10 million packs of pads in just five months. For every made until September 9th, Always will donate one pack of pads to a North American school.In 2016, 17-year old Amika George kicked off #FreePeriod as a petition to the government, and over time it has grown into an organization that aims to get free sanitary products and meals to UK girls.

If those numbers aren’t enough to convince you that this is increasingly becoming a problem, chew on this. Education is a fundamental human right, and these young girls are potentially missing out on 4-5 days of schooling a month because of a menstrual cycle they cannot control. Because the cost of sanitary items adds up, not everyone has the funds to attain them.But there’s more to it than that. Not only are these girls missing out on their education, but they're tagging out of their life for days at a time due to the fear of leaking or bleeding through their clothing.Companies like Hey Girls U.K. and Always are supporting a noble and necessary cause as menstrual care should be a human right, not a matter of economic ability.

Check Out The Beautiful Packaging For Botanical Coffee Co