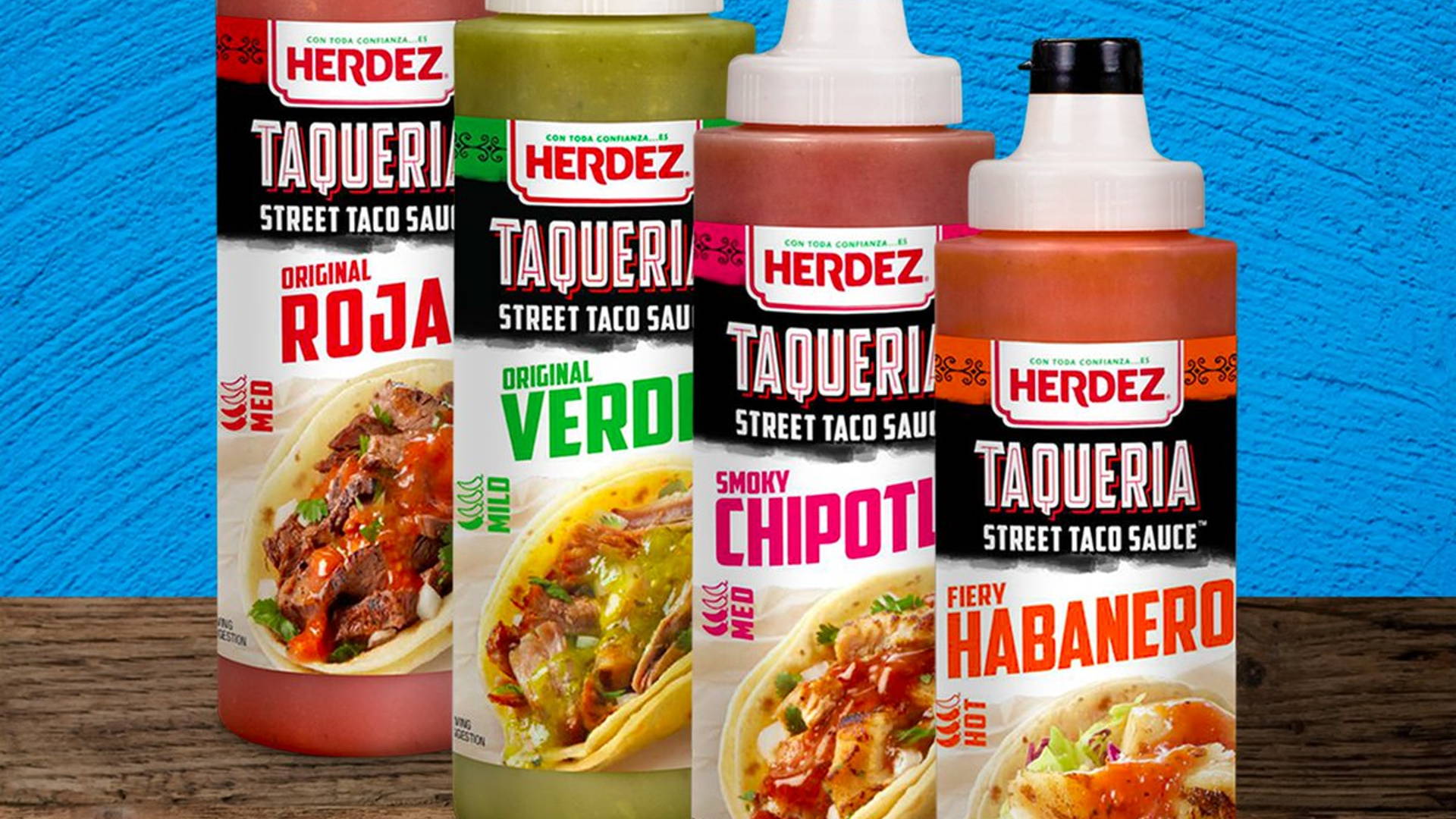 Park A Taco Truck In Your Kitchen With HERDEZ Taqueria Salsas

The taco has been an American staple for decades, even if along the way a bit of the Mexican mainstay was lost in translation.For the longest time, most Americans knew of one kind of taco: crispy shell, a ground beef slurry, lettuce, cheese, diced tomatoes, onions, and sour cream if you’re feeling fancy. Those living in states adjacent to the southern border (or near Mexican immigrant communities) typically saw the taco in its traditional form. Gustavo Arellano, the man who literally  wrote the book on tacos in the USA, has called the rolled and fried taquitos of LA’s Cielito Lindo “the Plymouth Rock of tacos.”But there’s also the more common street taco found at stands, carts, and food trucks everywhere. This iteration usually consists of 2 small soft corn tortillas, a meat filling, onions, cilantro, and, of course, salsa.HERDEZ is getting into the street taco craze as well with a new line of taqueria salsas inspired by the piquant sauces found alongside street tacos.These HERDEZ Taqueria Street Sauces come in four flavors: Roja, Verde, Chipotle and Habanero. Distributed nationwide, the font and border along the top of the label are reminiscent of taco stands and trucks that sling those little tasty street morsels, and a photo of a proper (looking at you DQ) looking street taco dominates the labels.

Instead of using the traditional glass jar that most of HERDEZ’s salsas use, they’ve maintained an authentic taqueria experience, packaging this new line in a plastic squeeze bottle, the customary salsa delivery vessel.Thanks in part to the rising popularity of food trucks, and perhaps an overall awakening to what’s beyond Taco Bell when it comes to “Mexican food,” street tacos are becoming as ubiquitous as that monstrosity topped with shredded lettuce and cheddar cheese masquerading as a taco. Even Dairy Queen, not known for their Mexican menu, has started offering their version of “street tacos,” although these still use that crispy orange shell instead of a soft corn tortilla.Whether you’re eating the real, authentic deal or chowing down on some cartoon iteration you’d find on The Simpsons, HERDEZ knows that you’re going to want to drown that tasty treat in some salsa.Despite the differences and political milieu surrounding us, Mexican food remains popular in America (and beyond), and HERDEZ’s new taqueria salsas allow anyone, even those who get kicked out of Mexican restaurants, to bring some of the street taco experience home, squeeze bottle and all.

The Drop Wine Gives You Vino In a Resealable Can, Insists You Drink Everywhere

Does An Almond Lactate? FDA Doesn't Want Your "Alt-Milk" To Be Called Milk Anymore.