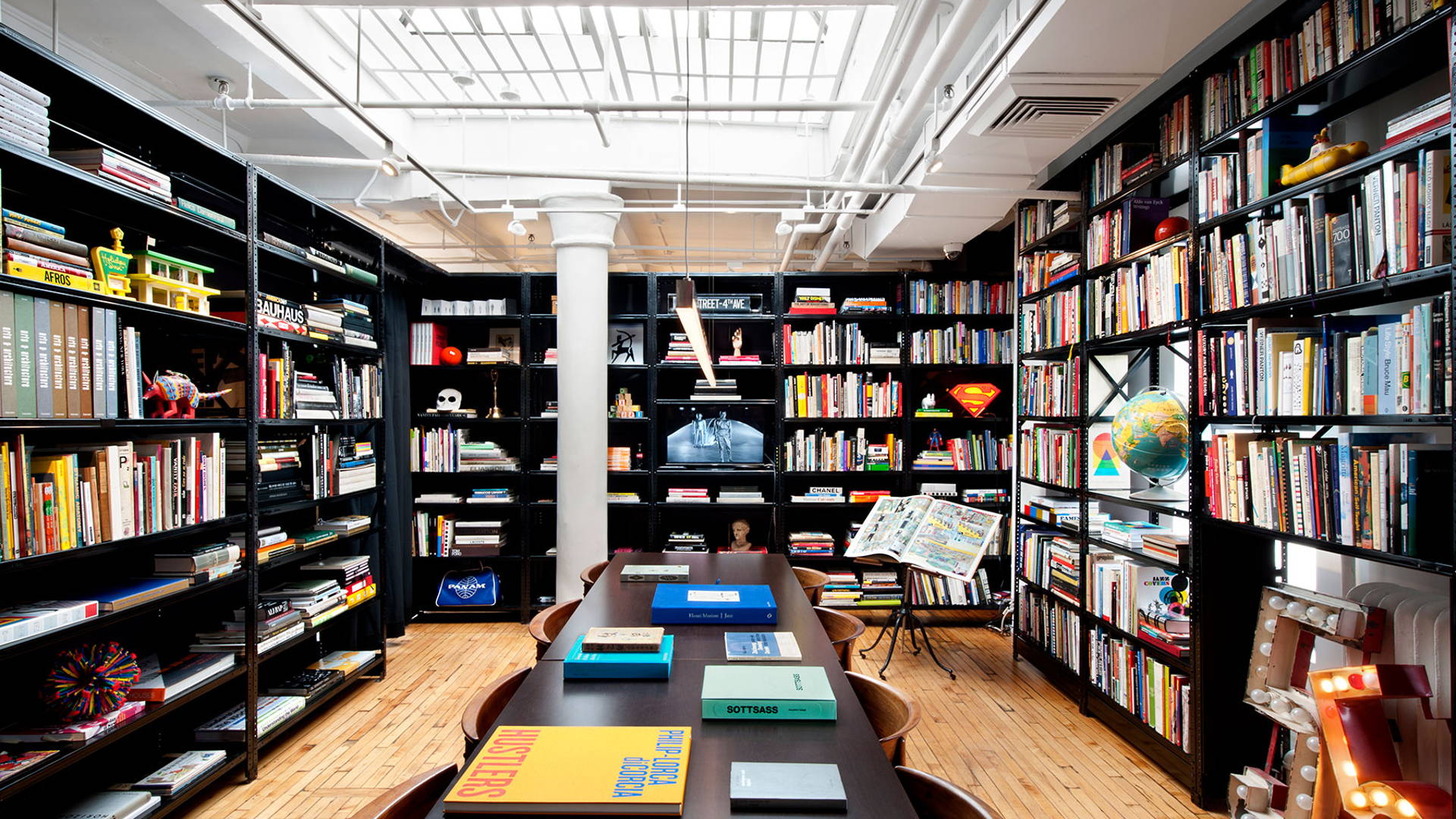 When you submit your portfolio to an agency, you expect one of three outcomes: dreaded radio silence, a bit of constructive feedback when you catch their attention, or, if you’re lucky, an interview. But send an email to Brian Collins, CCO and Co-Founder of COLLINS, and you’ll get something completely different: a book suggestion.“Ninety percent never follow through,” said Brian, “but the ones that do, they say, ‘Oh my god, I loved that book. What else can you recommend?’ And they’re the ones that will have careers and interesting lives. They’re the ones who will put a dent in the universe.”Drive and desire go far with the team at COLLINS, and recommended reading (like The Architecture of Happiness by Alain de Botton or Change by Design by Tim Brown) allows Brian to narrow in on the extraordinary few who join the ranks. It also gives them a chance to have a different conversation than discussing a resume.“I can smell it on them,” he added. “You can sense it in the way they talk and the adjectives they use, and you can see it in their work. They’re unicorns.”Brian doesn’t merely want employees; rather, he wants to foster growth and development in designers. It’s precisely the type of experience he didn’t get to have himself—COLLINS is the kind of place Brian never had in his 20s and 30s.

“I started my own company at 21 years old,” he explained, “and when I went to work for Joe Duffy at 29, he was my first boss. For nearly a decade in my 20s, I did what I could to learn, like going to conferences and reading books. I had to figure shit out myself, and I hated it.”So when he and Leland Maschmeyer (now the Chief Creative Officer at Chobani) founded COLLINS, a goal was to make it more than your average design agency—way more.“We both knew we wanted to create a place that would be a combination design company, grad school, hacker lab, and teaching hospital for strategists, designers, business people,” Brian said.

When the agency launched in 2007, Brian was in his 40s and felt like he’d reached a point where he really wanted to help others. “I now have more time behind me than ahead of me, and when you reach that point you think, ‘What am I going to do now?’ And I realized my intent was to help,” he stated. “I had a lot of experience, and in exchange for people’s talent, I taught them as much as I could. It was meant by design to send the elevator back down to help people up.”This means that Brian gives his team members an insane amount of responsibility. Caroline Bagley, Designer, recalled, “I started COLLINS as a Junior Designer, and during my first-month working I was already presenting designs and concepts to company CEOs and founders.”

Their agency's Business Manager had a similar experience. “Within a month of starting at COLLINS, I was put on the Ogilvy rebrand, which at the time was super top-secret,” mentioned Taylor Holland. “This was a real boost for my confidence that they thought I could handle such a high-profile account. Before I knew it, I was in a conference room with the global CEO, CCO and CMO of Ogilvy, pinching myself that it was really happening.”

Brian places this kind of trust in his team because he wants them to grow. “The role of a mentor is someone who allows you to see the potential in yourself,” he pointed out. “I never manage people for who they are but who they are going to become. So you find the right people, and you put faith in them.”Designer Jump Jirakaweekul added that this attitude requires employees to remain open to any and all possibilities. “Even though we do a lot of work in branding, there are other aspects of design that come with it,” he said. “I've worked on complex packaging to websites and motion design. Having to learn skills you might not immediately be comfortable with is a huge fostering and growing experience, especially with supportive peers and the leadership team.”

Brian admitted COLLINS operates differently than the way most other agencies do, but that doesn’t mean designers elsewhere can’t try to spark a bit of that creative fire for themselves. He suggests young designers get to the root of the problem rather than just solve it. “We destroy the term ‘problem-solving.’ The world is moving quickly,” he added, “so we have to learn how to seek out the problems.”As an example, naturally, he referred to a book: Beowulf. In it, the hero is called to a Nordic town to fight Grendel, a monster which has wreaked havoc on the area. After a horrific battle, Beowulf prevails. “Then something worse and more horrible comes,” Brian said, “and it’s Grendels’ mother. And she causes some serious shit.”The moral of the story? “You have to see the problem under the problem,” Brian mused, “We always seek the bigger question we can answer, and doing that, you can achieve something extraordinary.”