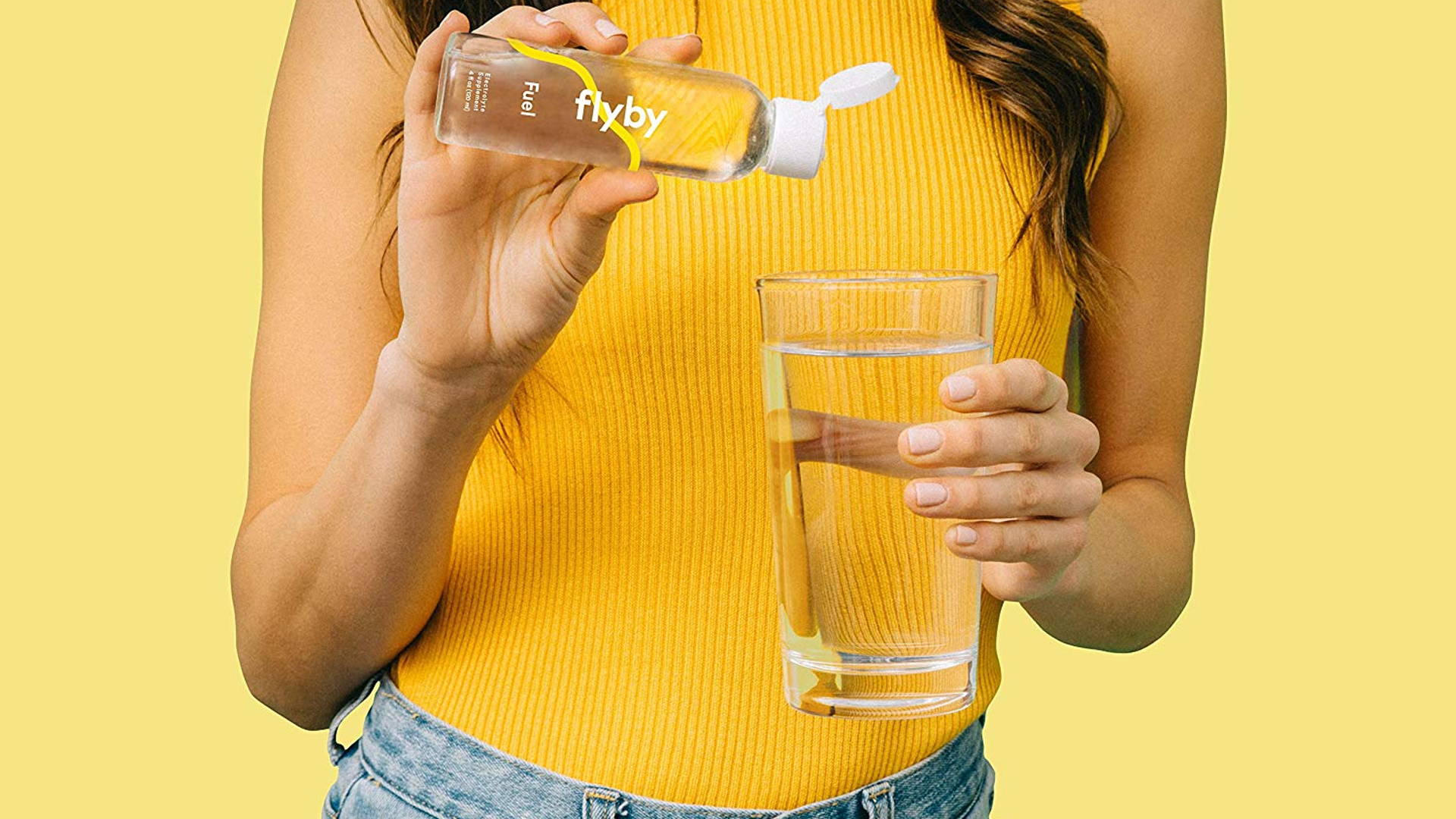 Say Goodbye To Hangovers With Flyby

Your friends are all gearing up for a night of sipping wine and catching up, and while you want to say yes, the fact that you have an early day the following morning and are prone to hangovers is holding you back.You're not alone, and that's why Eddie Huai, founder of Flyby, created a pill to help prevent a hangover.Yes, you read that right. No more headaches. No more nausea.

Well, "this whole thing started when I took a trip to Japan, a place known for it's partying ways," begins Huai. "I was getting drinks with friends, and one of them suggested taking a Japanese hangover pill. I tested it thoroughly and surprisingly enough, I woke up feeling great which never happens. Hangovers are something I've struggled with since I started drinking because I lack a specific enzyme which breaks down alcohol properly."Huai stocked up on pills like it was his day job and returned to the states a happy man.That is until he ran out of pills. He scoured the internet for days and days, yet nothing turned up.  The only viable solution was to produce his own."I started researching ingredients on my own, diving deep into white papers and patents," starts Huai. "The magical ingredient I discovered was a compound called DHM, found in the Japanese raisin tree.” DHM  is known to boost liver enzymes so you can process alcohol and acetaldehyde, a toxic byproduct that builds up when you drink.“Before I knew it,” he says, “I found myself talking alcohol science over the phone with a Ph.D. & M.D., and it became clear to me that DHM was not only powerful but had real market potential. So, I spent a year developing my own formula around DHM, and Flyby was born."

All you have to do is "take three capsules with water right before you go out and then take another three capsules right before going to bed," and you'll wake up feeling refreshed and good as new.As a new supplement on the market, Huai needed to create a brand to sell his product, so he brought on Alphabet because the agency loved his product and how he wanted it to be perceived."When it came to designing, we wanted to find a good balance between trusted and playful while somehow visualizing a life without hangovers," begins Sam Lane, co-founder of Alphabet. "With that in mind and inspired by the name of the product, we created the Flyby 'loop' as a visual representation of the supplement and how it allows you to 'flyby your hangover."Flyby's white bottles and packets feature the baby blue loop with clear text in a dark blue font, which met the designers biggest challenge – to get eyes on the product but still maintain a fun brand that is also functional and realistic.

"We wanted the brand to be subtle yet confident," chimes in Lane.The only other obstacle during the project was narrowing down the demographic, which Huai assumed would be nightclubs and frat parties, when in fact, most of their users are 22-55 years of age, have a six-figure household income and are using Flyby for a few drinks."We actually shifted the message from being a 'hangover cure' to a product that'll promote productivity the next day, which opens doors to more users such as casual drinkers."Remember, while Flyby may prevent a roaring headache the following morning, it does not prevent intoxication and should not be used to support your binge drinking habits, so please drink responsibly and make smart choices.