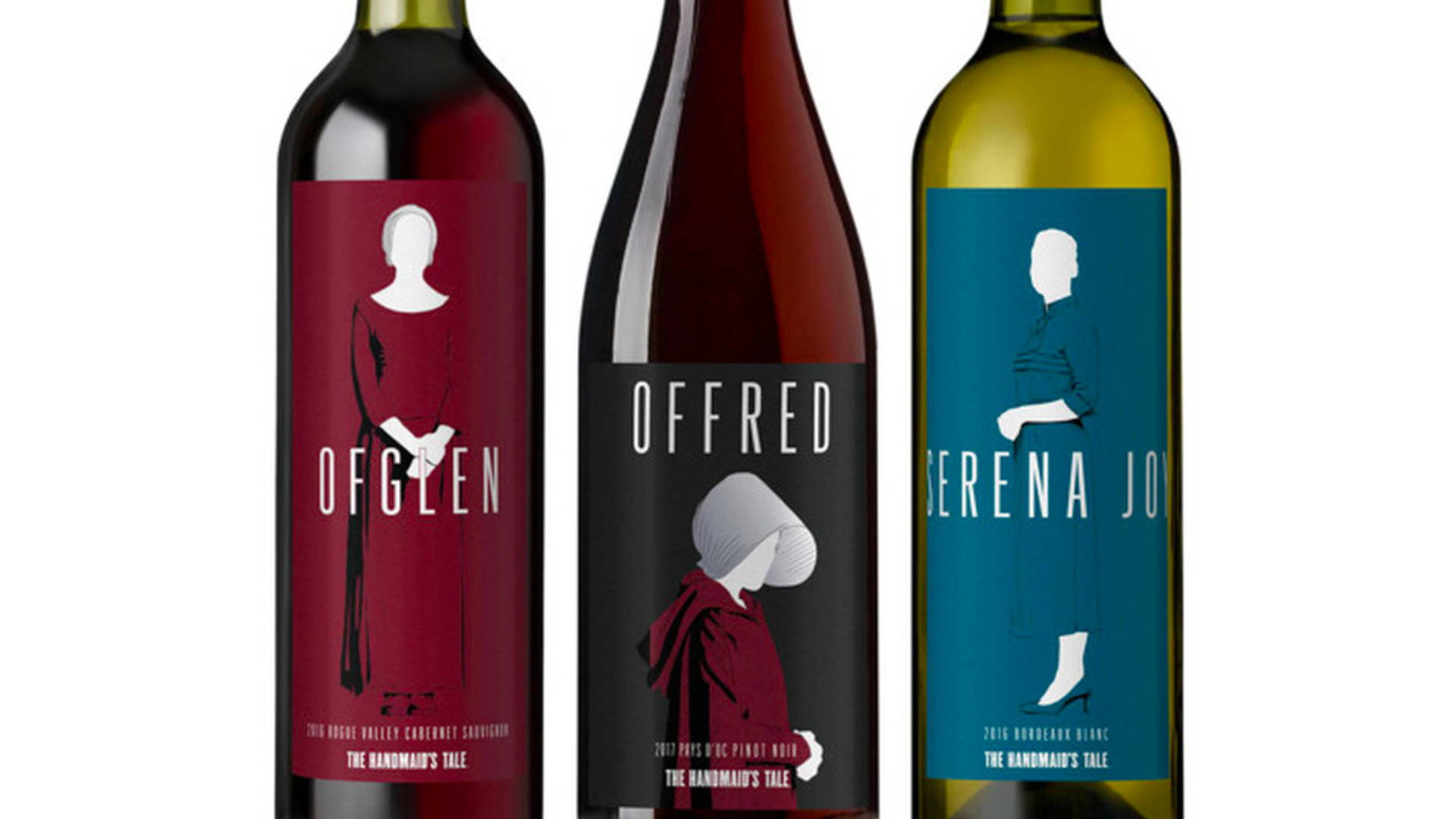 Maybe a Handmaid’s Tale Wine Collection Was a Bad Idea

The Handmaid’s Tale is an immensely successful show on Hulu starring Elisabeth Moss that’s adapted from Margaret Atwood’s dystopian novel of the same name. Many have said that the novel’s themes of women facing oppression at the hands of a patriarchal society taps into the current sociopolitical zeitgeist and nightmare that is the dumpster fire we lovingly refer to as American politics.It only makes sense that a show of this magnitude would be ripe for a perfectly timed product tie-in.Right? Well, The Handmaid’s Tale producers seemed to think so.MGM and online wine retailer Lot18 developed a collection of wines based on characters from the show. When the wines were announced, they faced an immediate backlash on social media, and they were promptly removed from Lot18’s website.Previously, Lot18 has created wines for shows like Portlandia and The Walking Dead, as well as films like the Lord of the Rings.And what producer or vintner wouldn’t squint their eyes and see a real opportunity to promote themselves with quality wine sold at bargain basement prices?  We imagine it goes a little something like this:“Every morning I wake up and think to myself, you know, what the world needs now is a wine that celebrates rape and the physical abuse of women. So we quickly find a winemaker to partner up with, release a tasty bottle of cabernet, and watch the kudos roll in on social media.”And that’s just the rape! We didn’t even mention the kidnapping and forcible separation of children from their mothers. It’s almost as if Trump Winery underwent a stealthy, on-message rebranding.But then, there’s the marketing copy.According to a now-deleted ordering page on Lot18’s site, “The French Pinot Noir is smooth, earthy, and similarly seductive in profile to Offred, who must use her feminine wiles to stay ahead of the game.”

They go on to say that, “The Cabernet Sauvignon, like Ofglen, is a daring testament to the heights that Oregon Cabs can reach. And only a wine as sophisticated, traditional and austere as the Bordeaux Blanc can represent the formidable Serena Joy. These are the three wines to enjoy while you watch these women's stories unfold on screen, or while you contemplate their impossible situations afterwards.”Ah, yes, there’s nothing quite like contemplating another woman’s subjugation at the hand’s of her oppressor while cracking into a nice, sophisticated pinot noir or buttery chard.Anywho, a bright under his eye to you and yours!