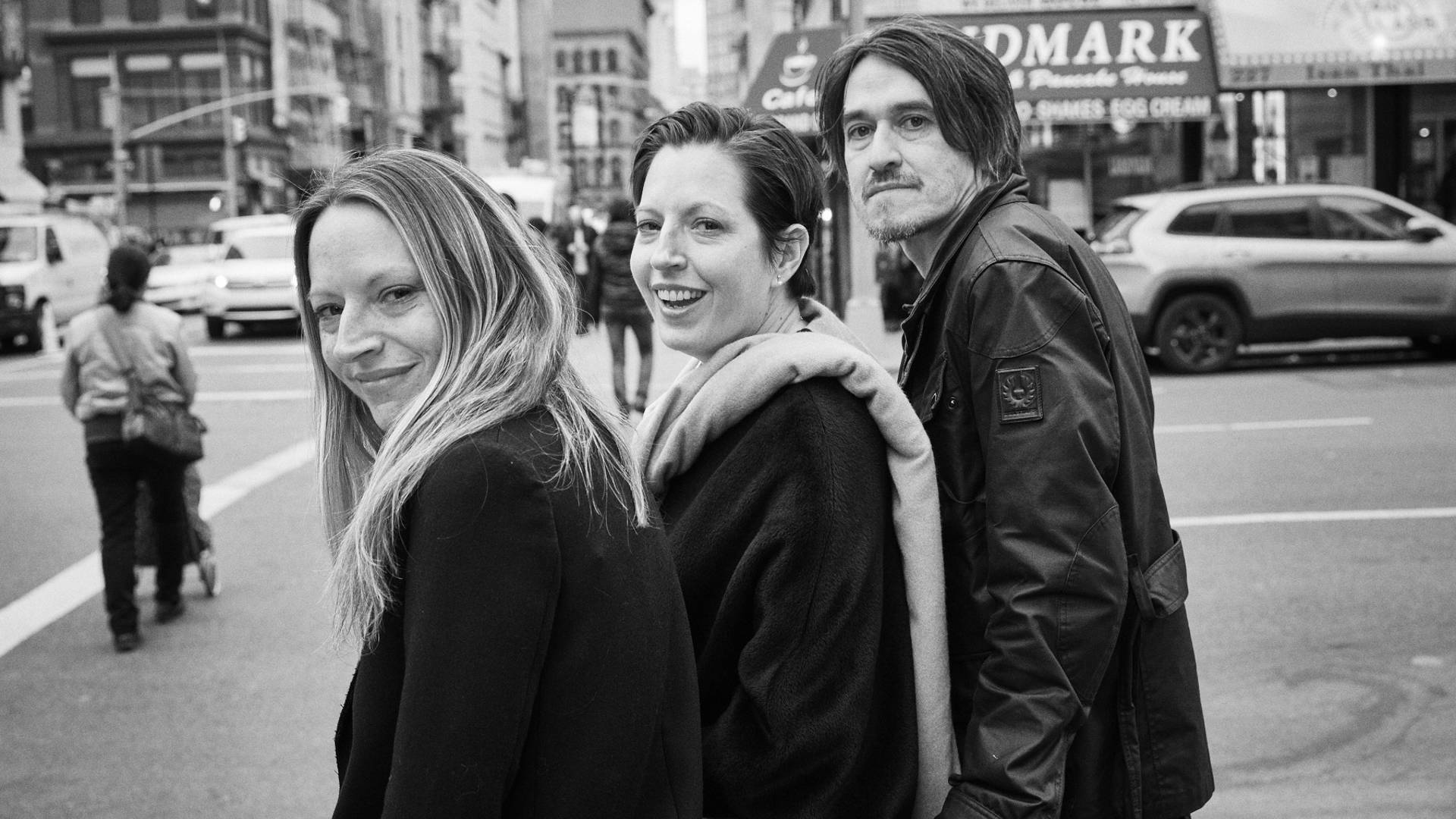 Have you ever used the Wayback Machine?This handy little tool has served as a way to document the pages of the internet since 1996. You type in a URL, select a date, and get to witness the website in its old form, even all the way back to when the internet was just gaining steam.“If you look at old sites it’s amazing that people were even able to use them,” said Leja Kress.She would know—Leja co-founded design studio Sweden Unlimited in the early days of the web when people thought automatic animations were cool and Flash was the future. And that’s not to say her studio, which began in 1999 alongside her sister Alex and husband Richard Agerbeek, was immune to the common mistakes designers made. But they’ve learned from them, grown with them, and transformed into a powerhouse of a female-driven studio which has worked with fashion brands like Chanel, Marc Jacobs, and Kate Spade.

The Advent of the Internet

Leja, Alex, and Richard didn’t intend to start their own studio: instead, it formed out of a desire to put their various skills in the arts (including photography and modeling) to use in an innovative way.The World Wide Web arrived in the early 90s, and they began to see “a lot of really ugly websites going up.” Richard decided to get Photoshop and Leja taught herself how to code with daily tutorials, and from there, Sweden Unlimited was born. It proved to be a new kind of creative path that really hadn’t existed before.“There was something nice about teaching ourselves and deciding we weren’t going to do graphic design layouts at a magazine,” Leja explained. “We were able to pick and choose the clients we were interested in, and pick and choose the aesthetic.”Leja and the team have witnessed firsthand how the internet has changed in the past two decades. They also remember many things which many people wish to forget.“We never talked about the user back then,” mentioned Leja. The work was brand-focused, not user-focused. “Sites used to look like it was just a designer going crazy.“We had success in early days because we were able to do whatever the client wanted,” she admitted. “We have done many stupid ideas because it was at the whim of the creative person paying us.”Today, she’s happy to report there’s far more empathy for people visiting a site. A big part of Sweden Unlimited’s job is balancing a brand’s expression of itself and its creativity with how the experience will feel for someone typing in the URL.One thing that hasn’t changed, though, is a brand’s desire to make sure the site expresses who they are. “The way they do it has changed,” Leja added, “but it’s still the ultimate goal.”

Only 11% of creative directors in the design industry are women, and whether or not Sweden Unlimited intends to do it, they’re changing the roles for women in design. Aside from their two female founders, the majority of the 20+ person team identifies as female.“I never, ever think my authority needs to be beneath the men,” Leja stated. Growing up, she and Alex observed their mother in a head-of-the-household role and as a successful interior designer. “She was the star of the family,” she added, “and it never crossed my mind that we wouldn’t be the same way.”She, Alex, and Richard run Sweden Unlimited with the mindset that there is no set role someone must fill. “It’s important for women to be comfortable with who they are,” she added. “We can cry if something upsets us, we can be feminine, but we can be stern and serious. We can laugh.”

Richard agreed. “This is not just an issue with women,” he mentioned. “Diversity and inclusion in the workplace is a fundamental human rights issue. We all need a growth mindset that is open to change, which involves inclusion regardless of gender, race, age, or income. If you are stuck in a closed mindset, you are going to have trouble being inclusive of anything."Leja expressed that Sweden Unlimited wants to see women grow and become leaders. For other females in the field, she advised, “Speak up and assert your personality. You need to insert your point of view in a strong way and not just do what someone is asking you to do.” Have a strong opinion, she added, and learn how to defend it in a way that feels collaborative.“That’s the number one thing I’d tell female designers,” Leja said. “Stand up for yourself.”