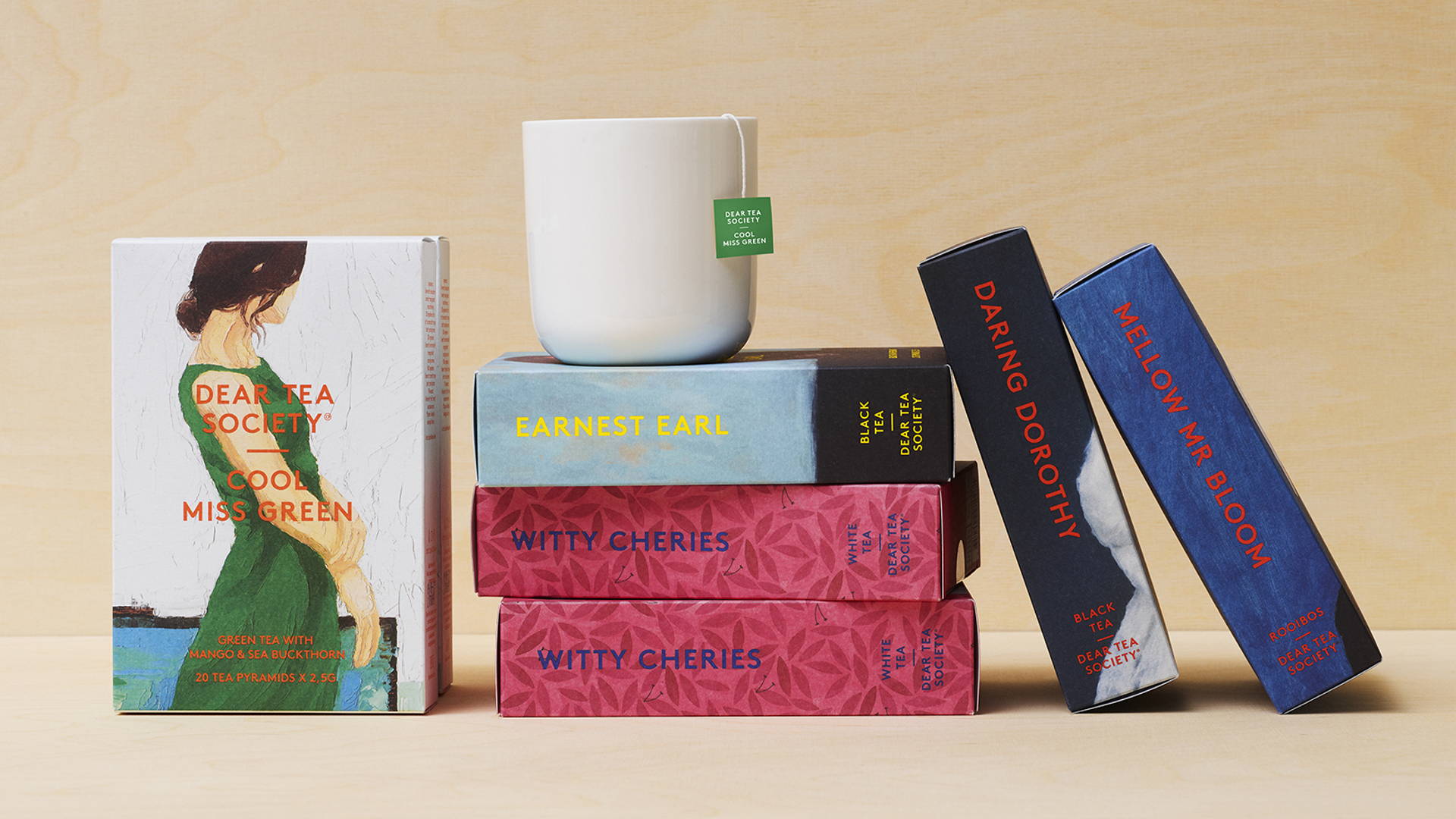 Why sip any regular Earl Grey or black tea, when you can sip a tea that allows you to bring the flavor to life with a little backstory and some imagination?Dear Tea Society lets you do just that.Of course, when Open Studio accepted the assignment, they had the daunting task of developing a name. "As the founders and employees are total tea geeks and extremely knowledgeable in their field, the name 'Dear Tea Society' became a playful yet sophisticated brand name," says Karin Ahgren, designer at Open Studio.

Once the name was nailed down, the team sought inspiration from the paintings often found in classic tea salons and British member clubs – think anything from Renaissance women sipping tea to Neoclassical paintings of a man on a horse – and the rest is history."Artists were hired to do the paintings, Emi Gunér, our copywriter wrote the stories, and we did the artwork on the cover," states Ahgren, "The goal was to create something contemporary that makes tea drinking as urban and modern as the barista culture."To see that goal was attained, the typography and interior design feature a modern contrast on classical elements.The tea packages embody the design and aesthetic of books because once placed on a shelf with the spine of the box facing outwards, there's a great view of the title, sort and flavor, whether it's on the shelf in a store or at your home.Each tea comes packaged in recyclable cardboard, with one biodegradable cellophane bag housing 20 cups worth of tea, instead of packaging all of the teas individually.

"The book design was a nice and easy way to give all the teas their distinct personalities and enhance the character and flavor," shares Ahgren. "Every blend and infusion is personalized with a portrait and a charming personal description. We wanted each tea to feel as interesting as the character you'd like to meet over a cup."    For instance, there's Earnest Earl, a black tea with added flavors of pineapple, peach and licorice root. For Earl, Gunér wrote, "When the grief of all things lost to history come over him, Earnest reaches for a pot of classic black tea with bergamot oil, the kind of tea that bears his name. He's thankful some things stay the same."

A Van Gogh-esque painting of a man contemplating life, with the brand name and title centered in a bright yellow font graces the front of the box, while the back displays the clever backstory Gunér wrote to help bring the character to life.

Additional flavors include green tea with mango & sea buckthorn with Miss Green, a white and green tea with cornflowers & cherry flavors from Witty Cheries, rooibos with strawberries, blueberries & marigold flowers from Mellow Mr. Bloom and black tea with a hint of pineapple, peach & licorice root with Daring Dorothy.Curling up with a good novel and piping hot cup of tea had always been a magical combination, but Open Studio has successfully married the two into one, perfect package.