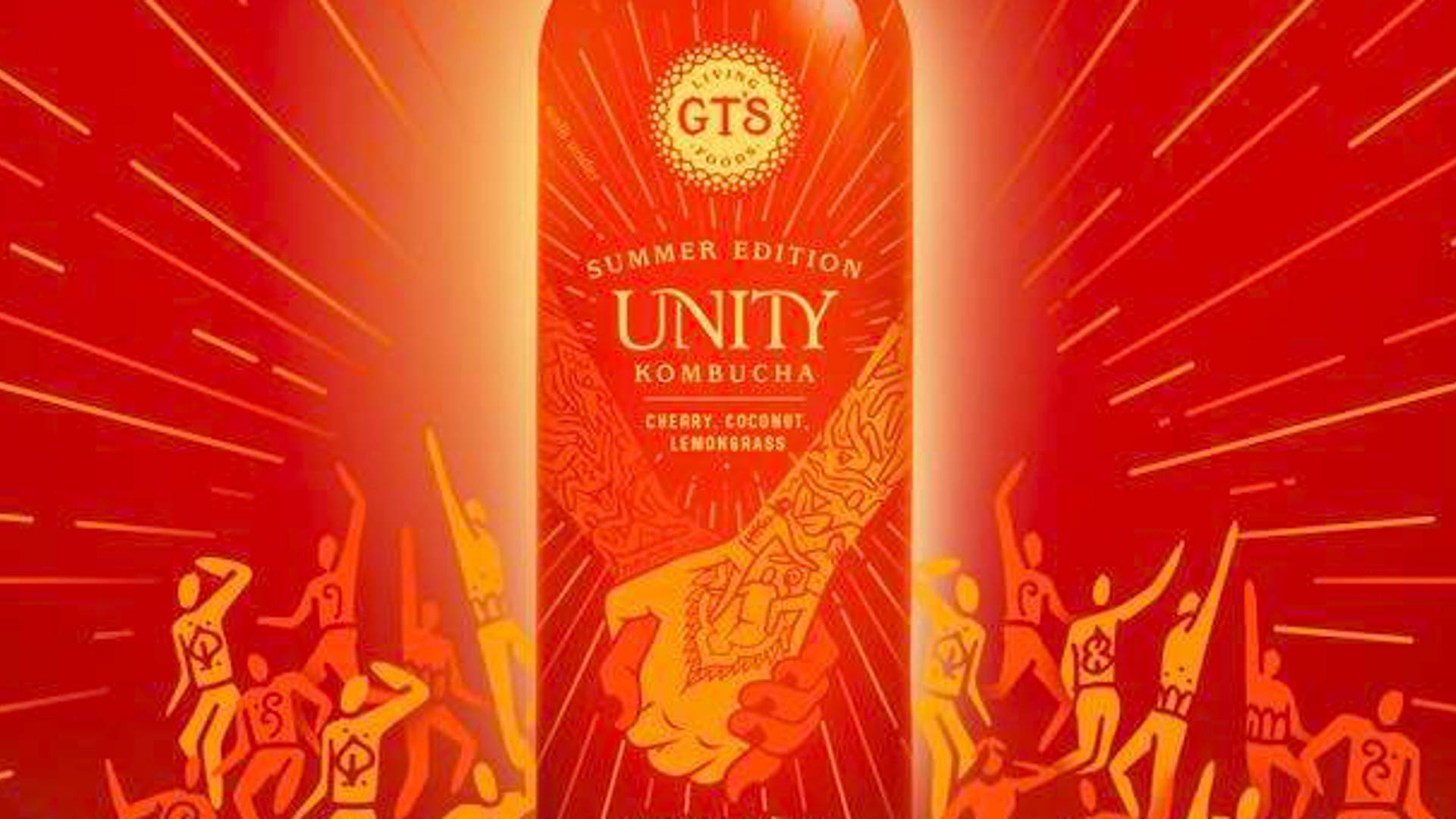 GT’s Living Foods,  a leading brand of bottled Kombucha, has a new, limited summer release called “Unity,” a cherry, lemongrass, and coconut-flavored concoction designed to be your go-to refreshing summer drink.The label’s design is evocative of the lemon flavor and tartness of cherry, and the bright colors and yellow lines radiating from the center are reminiscent of summer days spent outdoors at the beach or a park. The theme of “Unity” is symbolized by a pair of arms holding hands, with dancing figures running up and down the arms.GT’s have also created a Spotify Unity playlist, which customers can quickly find by scanning the Spotify code printed on the label using the camera feature within the Spotify app. In a press release, Founder and CEO GT Dave said, “This (Spotify scan code) interactive touch point strengthens our message of Unity because music is such a powerful force that brings people together, from all walks of life, all around the world.” The dancing figures in different positions and directions make sense and give the bottle label a kinetic quality that pairs well with the Spotify tie-in.The playlist features a diverse range of artists and genres, from Alt-J, SZA, Bob Marley, Elton John, Frank Ocean, George Michael, and more and can be found either on the Unity bottle or here. GT’s is also holding a social media promotion with a grand prize of a “VIP music experience.”"Our world has become so divisive, and people are longing for unification," GT adds in the press release. "We offer this gift of Unity to remind everyone that there is more that brings us together than pulls us apart.”The idea of unity, especially during this contentious and fracturing political climate, may just be an especially resounding clarion call.Unity Kombucha is available in 16oz bottles through August at retailers and shops where GT’s Kombucha is sold.