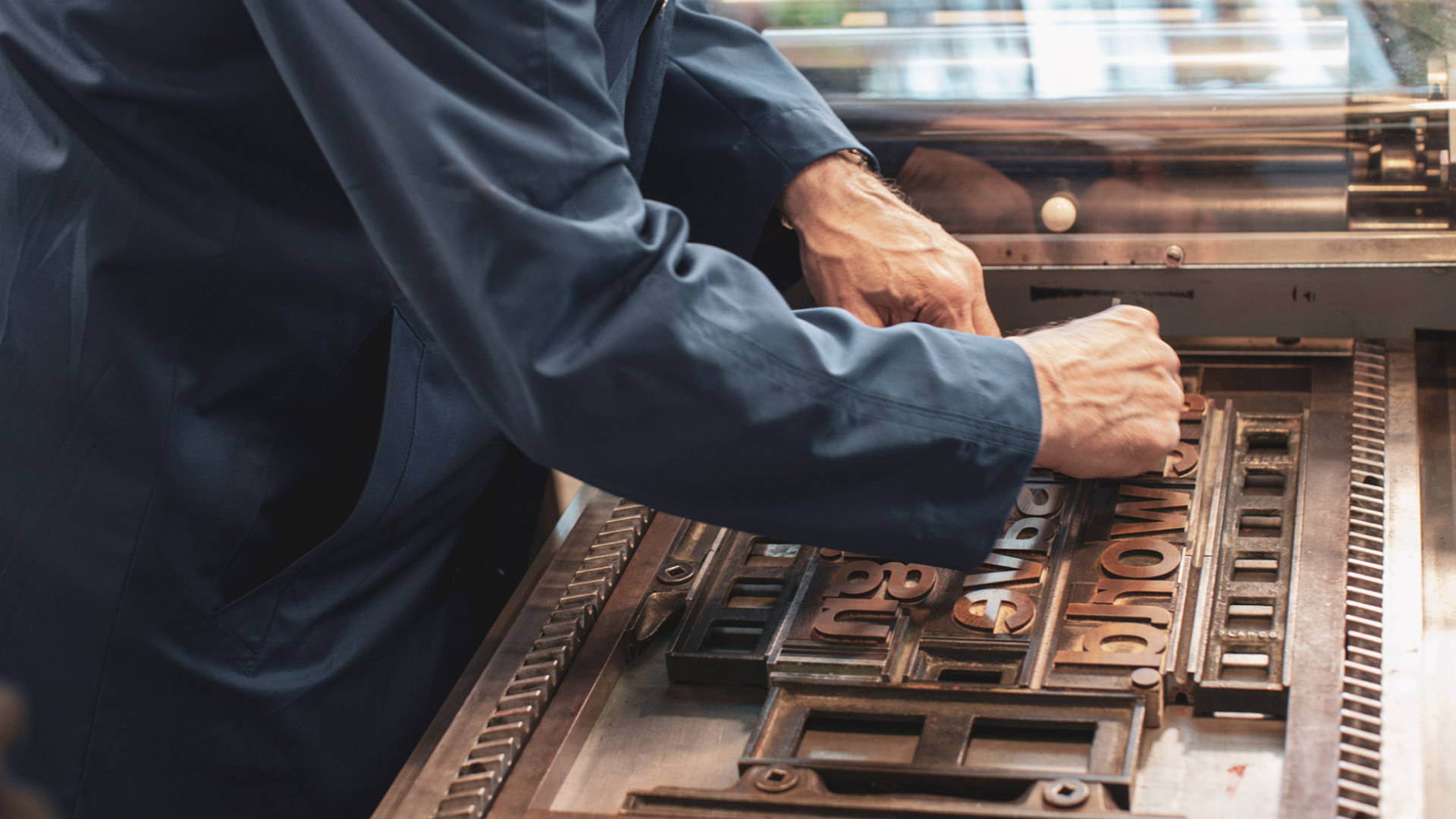 How would you like to design with a piece of living history?Adobe recently released The Hidden Treasures - Bauhaus Dessau, a set of exclusive fonts developed from the influential 20th century Bauhaus school of design. Developed by typographer Erik Spiekermann and a group of design students, the digital typefaces are all based on original typography sketches and unpublished letter fragments hand-drawn at the school in the 1920s and 30s.

The History of BauhausAfter the Industrial Revolution ended in the 19th century, people began to express worry about the “soullessness of manufacturing.” With WWI behind them, Bauhaus would be a step to prevent art from losing purpose in society.Walter Gropius founded the Bauhaus in 1919 with a concept to unify all the arts and bring art and design together. He envisioned it to encompass everything artistic: fine art, industrial design, graphic design, interior design, architecture, and of course, typography—a shocking new approach as machines became more and more prevalent in society.It didn’t take long for young people around the world to notice the school, and soon prospective students from all social and educational backgrounds applied. Gropius founded the school for "any person of good reputation, regardless of age or sex," and as a result, even more women applied to the school than men.

Under one roof, students would dive into psychology and business studies along with theater arts and crafts. Faculty included Expressionist artist Wassily Kandinsky, Hungarian painter and photographer László Moholy-Nagy, and designer Marcel Breuer. The prime focus was less on individual work rather than objects which would meld perfectly into everyday life—for example, Marianne Brandt’s ashtray or the famed Bauhaus wallpaper (you can view more works here).Of course, the radical approach of the Bauhaus was short-lived as the Nazis took power. Once the National Socialists won in the municipal elections, the school of design officially closed in 1933—only 14 years after its opening.

Bringing it to Life“Adobe wanted to honor both the Bauhaus school and its principal: of form following function established a design movement that continues to inspire creatives in fields across art, craft and design,” a PR representative for Adobe said. “The idea that everyday objects like type can be beautiful, useful and accessible to the masses is one that Adobe hopes to perpetuate through all of its tools.”Developing type at the Bauhaus during that time was almost more of an exercise and artistic expression for students. Erik explained that the tools needed, like cutting matrices or casting type, weren’t even available at the school.

“Most weren’t real working typefaces but just sketches,” he explained. “They weren’t even meant to be made into text type or even display type.”This left plenty of room for Erik and the students to use their own imaginations and put a modern twist on something from history, making typographic work available to a new generation of designers. They selected five people with work from the Bauhaus, focusing on work that showed a bit of variation and had potential to expand into a full-fledged typeface, and fleshed it out from there using Adobe software. “We wondered what the students might have done, had they had access to these digital tools.”

Your TurnAnd now it’s time to take these fonts for a spin. Adobe challenges the creative community to use these fonts for a project, and they’ve got a series of five competitions and one amazing grand prize. Use one of the typefaces in building the elements of a brand identity, for either a logo, poster, business card, homepage, or Behance project and be entered to win a trip to Dessau, Germany to see the Bauhaus archives for yourself. Learn more about the design challenge here.