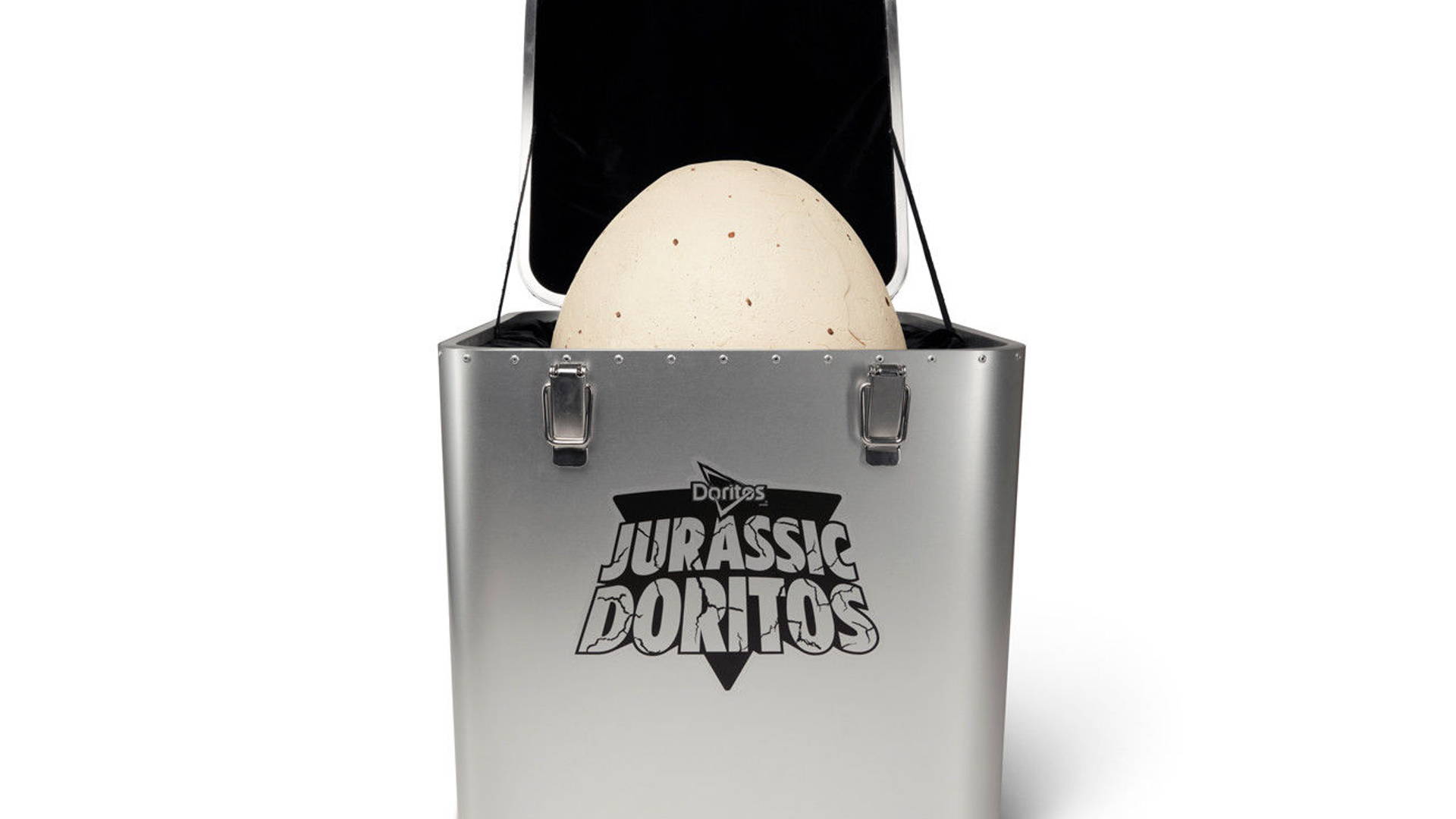 Frito-Lay, in partnership with Jurassic World: Fallen Kingdom has created a dinosaur-size Nacho Cheese Dorito, which is 18 times the size of a normal Doritos chip to promote the latest in the film set in the Jurassic Park universe.This corn chip is edible, and comes wrapped in plastic and encased in a replica of a dinosaur egg, painted and textured to give it an authentic look. The egg cracks open along the sides to reveal the giant chip and comes packaged in a Jurassic World metal crate that includes a certificate of authenticity signed by actor B.D Wong who plays Dr. Henry Wu in the film.The branded "Jurassic Doritos" steel case is impressive, with rivets along the top and bottom of the case. The inside even comes lined with what appears to be a soft, velvet-like material, perfect for carrying a precious and expensive dinosaur egg...er, a massive Dorito.

Doritos is giving away these T-Rex sized chips to fans via social media, and have even auctioned one off on eBay, with proceeds from the entire bid going to the Red Cross. Incidentally, much of the film was shot in Hawaii, and the Red Cross is assisting those affected by the recent volcanic events on the island.Jurassic World: Fallen Kingdom is a sequel to the first extension of the popular series of films, and their diehard fans are well known for their memorabilia collections. Some have even gone out of their way to recreate some of the film's props like the Jeeps and other vehicles seen in the movies, painting them in the fictional park’s livery.Having a limited edition collector’s item that looks like a dinosaur egg in an attractive steel crate is sure to make any fan roar in excitement, and raising money to help those in need is a good cause that never goes extinct.