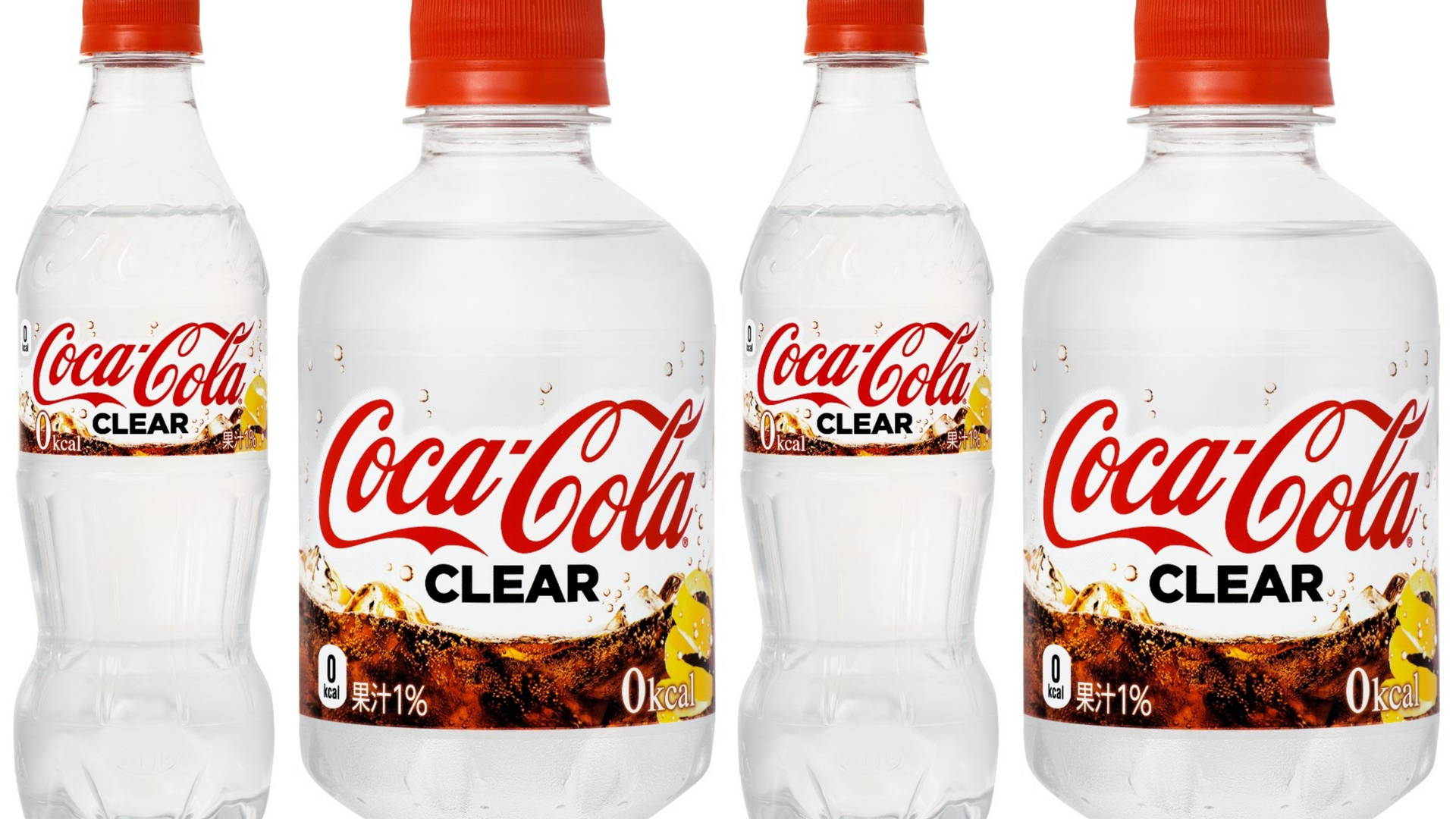 Coca-Cola Japan is living its best life and diving head first into the world of beverage innovation this year.  First, they introduced a limited edition peach-flavored Coke and followed it up with Coca-Cola Frozen, a Coke-flavored slushie in a squeezable pouch.Now Coca-Cola Japan has officially stepped into the realm of zero calorie beverages with Coca-Cola Clear. This new beverage ditches the star ingredient caramel, thus saying sayonara to the iconic dark brown color often associated with Coca-Cola.This is not the first clear Coke to hit shelves. The original clear Coca-Cola launched during World War II when Marshal Georgi Zhukov discovered the beverage. Unfortunately, with Coca-Cola being an American-made product and symbol of imperialism, a shipment of White Coke was created – a clear bottle with a white cap and red star.According to FoodBev, "over 50 samples were trialed before the final Coca-Cola Clear recipe was formulated, and the addition of lemon juice allowed the creation of a zero-calorie drink that was able to balance sweetness and sourness to create the ideal taste."Though produced at their headquarters in Atlanta, Coca-Cola Japan has no plans to sell the drink worldwide.Time to live vicariously through social media or if you're feeling spontaneous, hop on a plane to Japan to taste Coca-Cola's newest line of beverages in person. Or, if you’re on a budget, break out that cassingle of Van Halen’s “Right Now” and crack open one of the Crystal Pepsis you’ve been hoarding in your garage since the early 90s.You know, simpler times.