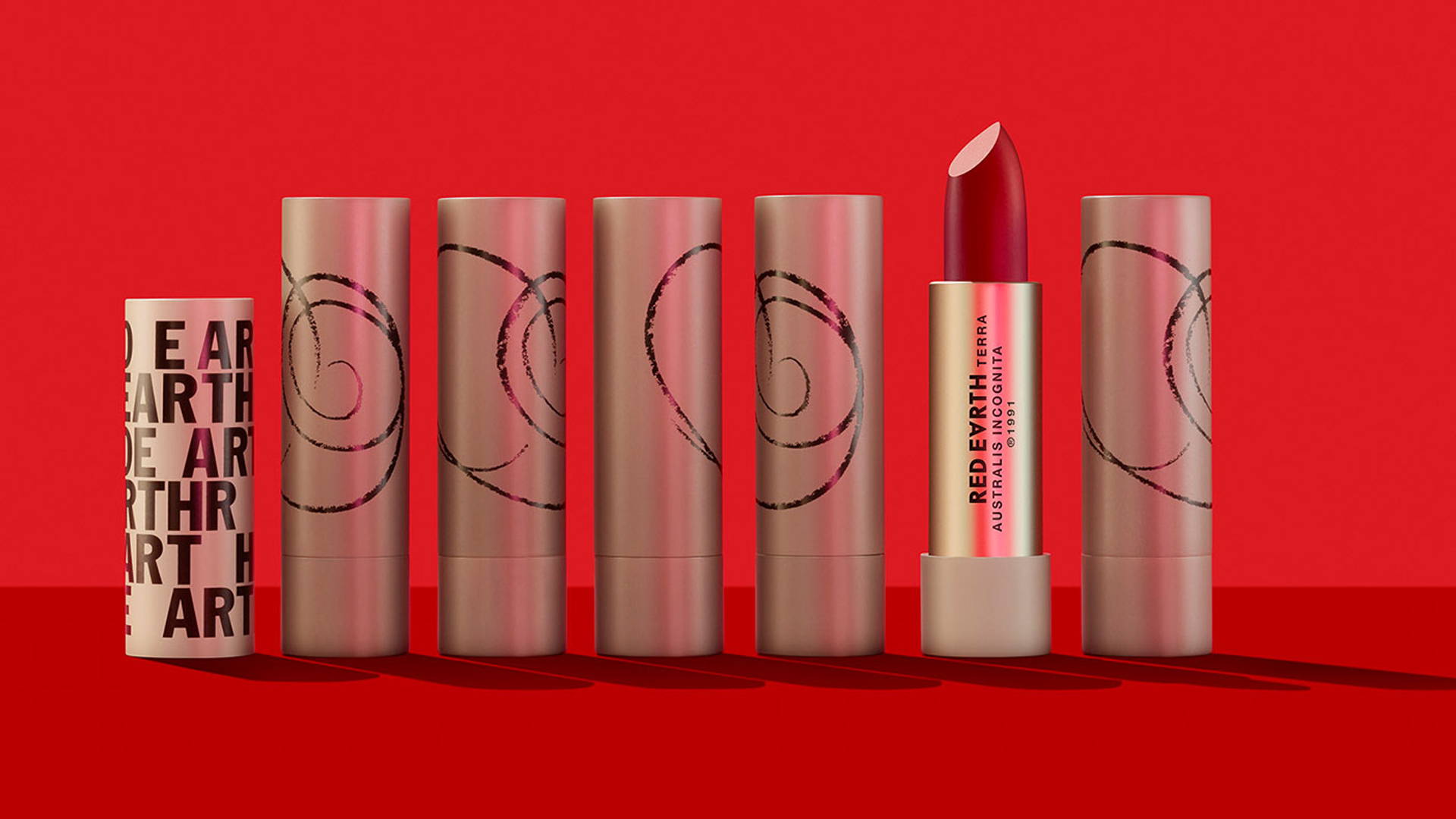 Red Earth Cosmetics Gets a Dynamic and Vibrant New Look

Toronto-based Concrete was responsible for the dynamic redesign for Red Earth, a cosmetics brand inspired by the free spirit of Australia.“For a young girl growing up in the urban congestion of Shanghai, the open skies and endless beaches of Australia possesses a romantic and exotic allure. This was especially true for Tingting Zhong who would, years later, translate her experience in private equity on Wall Street to acquire the first cosmetics brand she was attracted to as a young teenager. Red Earth, a colour and skincare brand, was established in Australia in 1991. In 2001, the brand was acquired by the fashion retailer Esprit, which provided a global distribution channel. However, in the economic downturn in 2008, Esprit divested all of its non-core businesses and Red Earth was reacquired by its founder.”

“After languishing for a few years, Zhong saw opportunity in the brand and acquired its global rights. She contracted Concrete to reinvent the brand and launch it into the Asian market. The goal was to leverage the exotic and ‘natural’ spirit of the Australian continent in a modern context to appeal to evolving sensibilities of young, urban, Asian women.The entire line was reinvented. The approach established a foundational palette of visual elements that could be used to create an array of dynamic package designs – all different, yet all tied together with a common attitude and visual vocabulary.The revitalized brand launched in the first quarter of 2017.”

Could NoTree Be the Solution for Single-Use Disposable Coffee Cups?