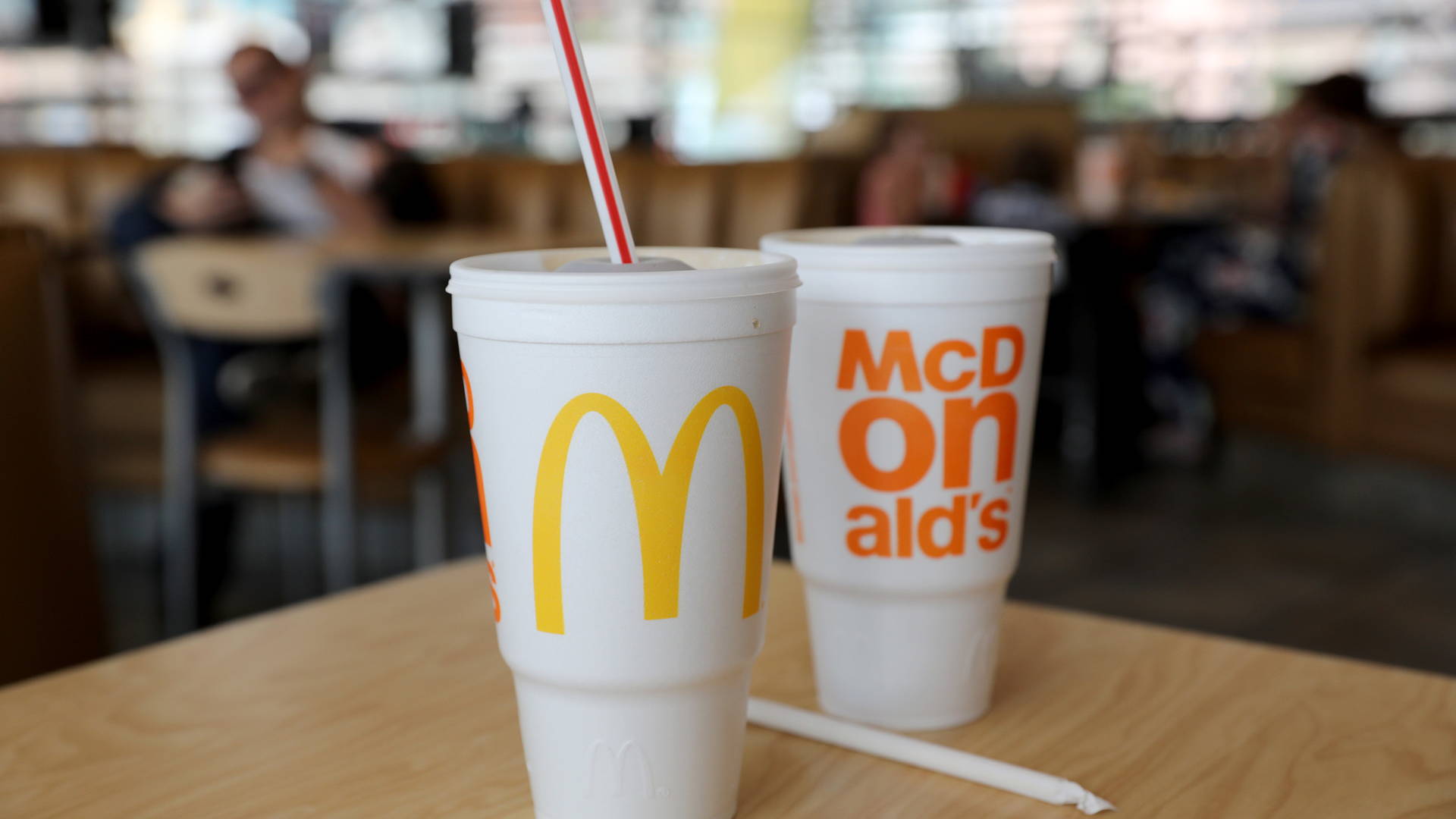 Strawless At McDonald's? Not So Fast.

Did you know 20% of plastic litter found on beaches consists of straws, cups and stirrers? What about that the fact that these items drift into the ocean where marine life, in turn, ingests the items? According to Strawless Ocean, 71% of seabirds and 30% of turtles have been found with plastics in their stomachs.Last week, the shareholders of McDonald's made it abundantly clear they're not ready to rid their restaurants of plastic straws.SumOfUs, a global environmentalist group fighting for people over profits, created an online petition for a strawless McDonald's which attracted 500,000 signatures. Yet, when the proposal hit the shareholders, a whopping 92% voted against it."We continued to work to find a more sustainable solution for plastic straws globally," McDonald's said in a statement on Monday. "In the meantime, we have adopted compostable straws in certain markets to meet regulations while we work with packaging experts to develop a planet-friendly, cost-effective answer for all of McDonald's restaurants."Granted, this isn't totally off key as McDonald's announced earlier this year that it strives to have 100% of its packaging derived from renewable, recycled and certified sources, as well as introducing recycling systems to all of their stores. At the moment, only half of the packaging is made from sustainable sources and a mere 10% offer recycling.

For now, the fast-food chain is doing a trial run of paper straws in 1,300 of their restaurants throughout the UK and Belgium.Other companies, however, are stepping up their efforts. UK supermarket chain Waitrose is putting a halt to plastic straws in all of its supermarkets by 2018. Hilton, worldwide, is gearing up to remove plastic straws in all of its properties by the end of the year. According to the Evening Standard, Pizza Express has vowed to switch to biodegradable alternatives made from corn starch or paper in all 460 branches by summer, which makes them the largest chain to support the cause.Rosena Allin-Khan, MP for Tooting, raised her voice along with several other members of parliament to create change at the source. "26 out of the 41 bars and pubs in our area have signed the pledge, other bars have commented that paper straws are more expensive and this prevents them from switching over. The government should roll this out across the UK and support the small, local pubs and bars to ensure they can get biodegradable straws at the same price as plastic," Allin-Khan told The Telegraph.Hopefully, these companies keep their promises and the use of single-use plastic straws are slowly but surely coming to an end. If not, plastic pollution in the ocean could well outweigh fish by 2030.

Latin American and Scandinavian Elements Come Together In This Coffee Packaging

This Award Comes With Beautiful Illustrations That Celebrate "Triumph"