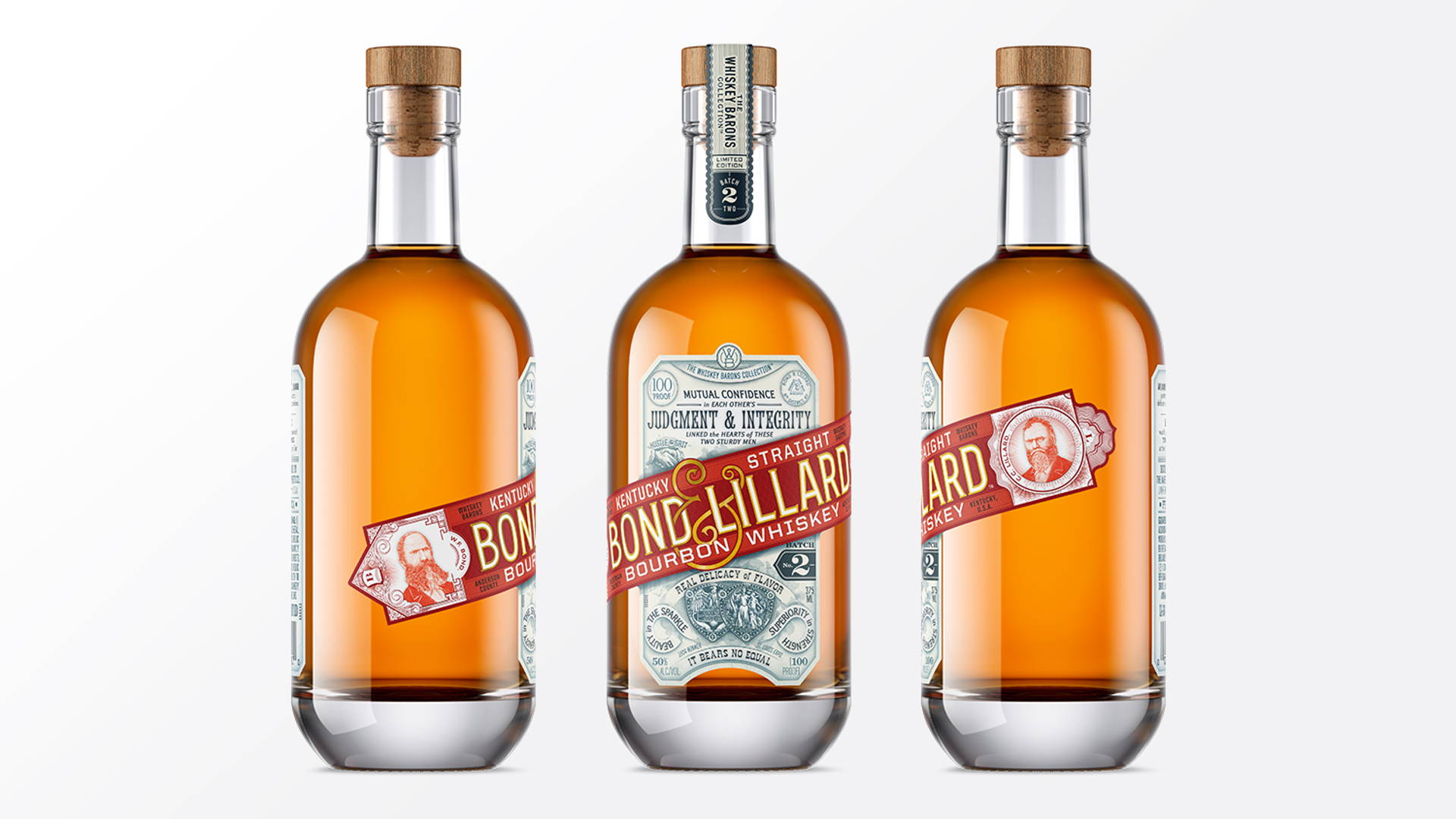 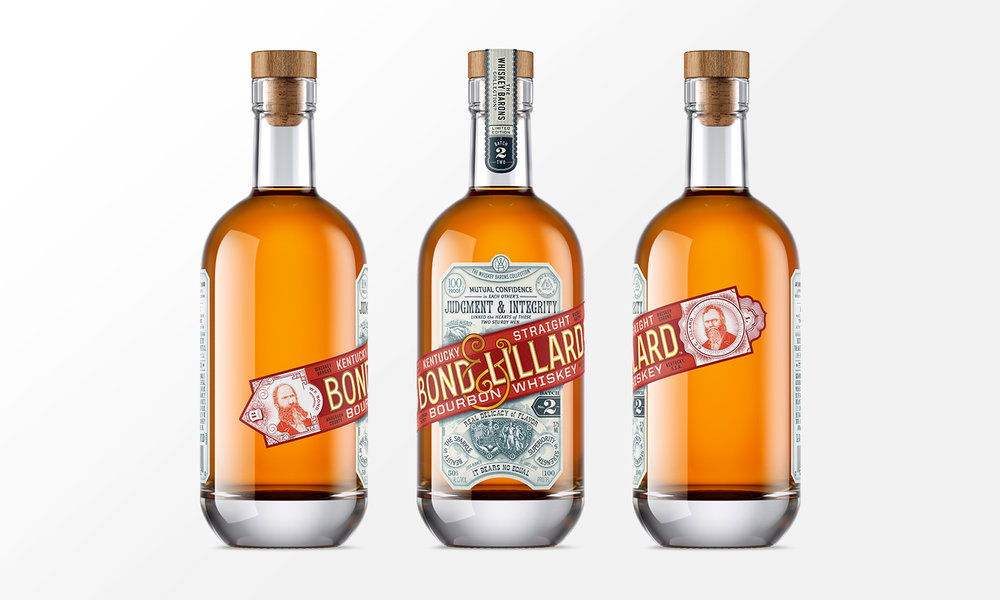 "Good packaging seduces the consumer, but Bond and Lillard seduced us. With ample supplies of delicious whiskey on hand and almost 200 years of rich history to work with, this brand designed itself. Gruppo Campari will be lucky if any of this rare spirit actually makes it to shelf.”

Revolutionary War veteran, John Bond, settled down in Kentucky, built a distillery, and started producing good, old-fashioned sour mash. After his death, John’s son William took over operations. William partnered with his brother-in-law, Christopher C. Lillard, a veteran and POW of the Civil War and they formed Bond & Lillard Bourbon in 1869. A newspaper wrote of the partnership, “The electric chord which linked the hearts of these sturdy men was mutual confidence in each other’s judgment and integrity.” 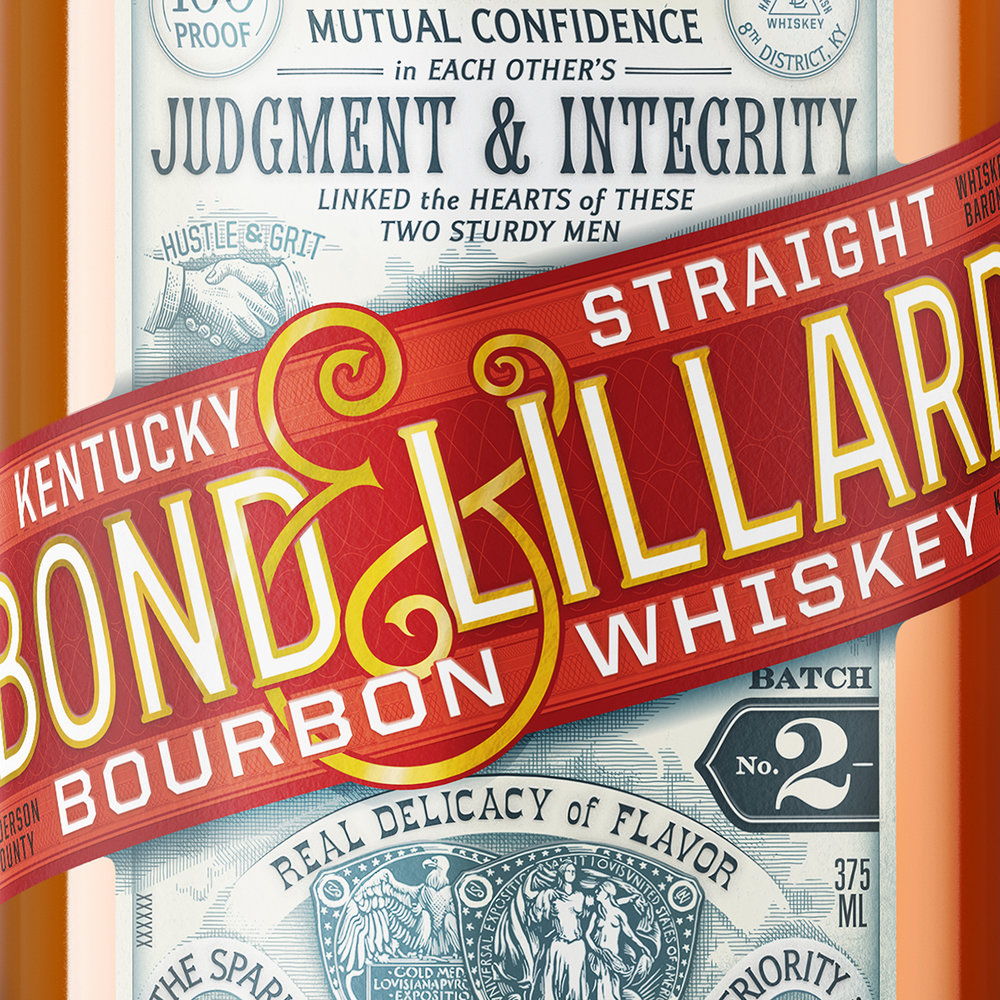 Bond & Lillard grew to be one of the most revered pre-prohibition Bourbons in America. It earned the Grand Prize at the 1904 World’s Fair in St. Louis for “real delicacy of flavor, beauty in the sparkle and superiority in strength. It bears no equal.” After prohibition, the brand enjoyed a resurgence until falling into obscurity in the early 1970s. 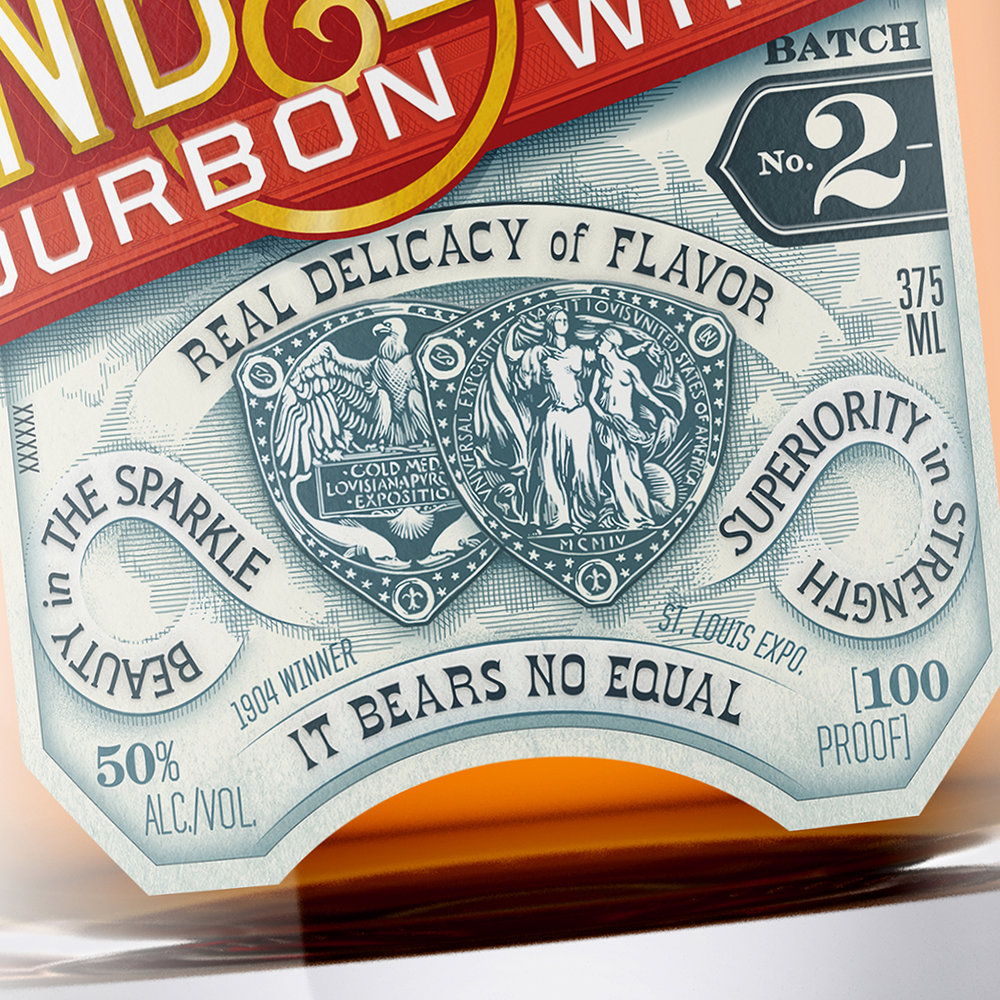 The flavor, beauty, and sparkle of Bond & Lillard were reimagined in 2015 when Campari brought the storied brand back to life as part of the Whiskey Baron’s Collection and hired Moxie Sozo to build it. 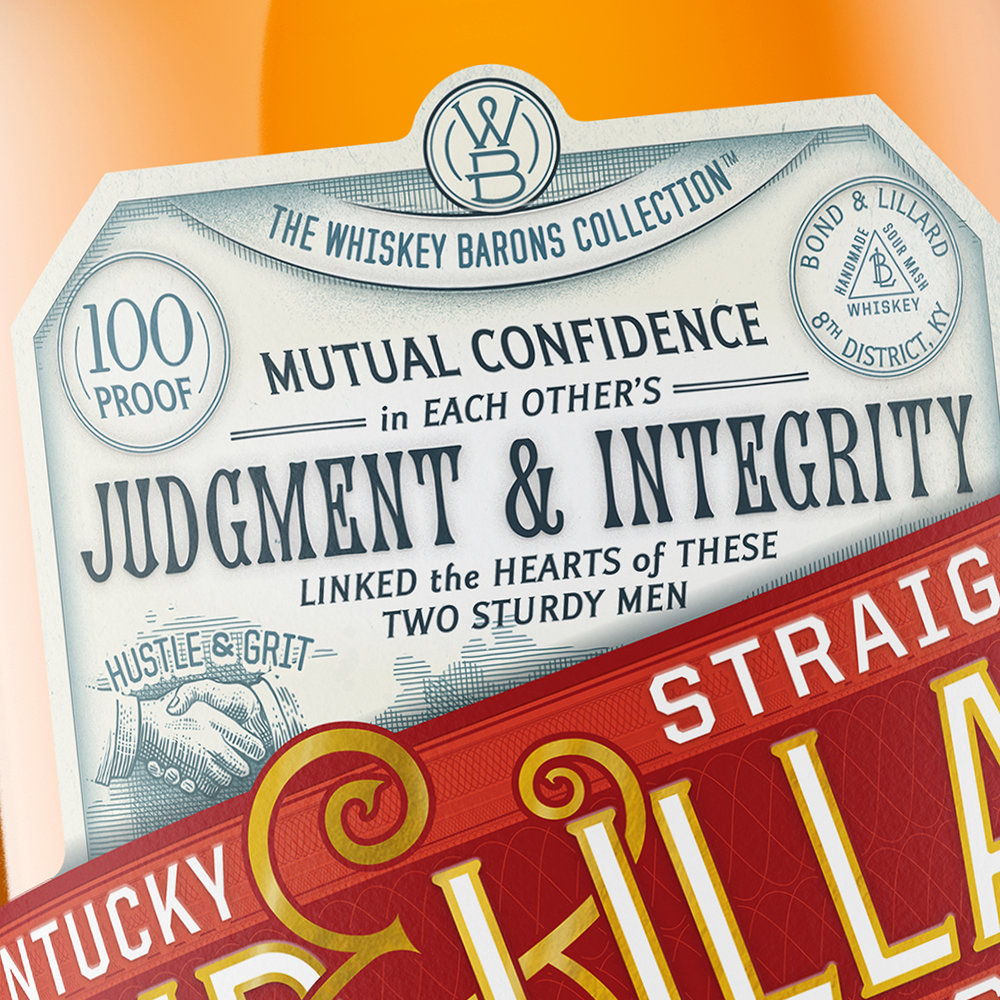 Every detail on the packaging was hand illustrated by Moxie Sozo’s Charles Bloom. The red diagonal band and whiskey barrels were two design elements carried over from some of the early packaging. Bloom redesigned the iconic red band to resemble a tax stamp, which looked like it had been placed over the actual label. Bond and Lillard are both depicted, and their partnership is celebrated through some of the romance copy. The packaging features Bond & Lillard’s 1904 Grand Prize with an illustration of the actual medal.

Next time you visit your favorite dram shop, check out more of the Whiskey Baron’s Collection designed by Moxie Sozo. 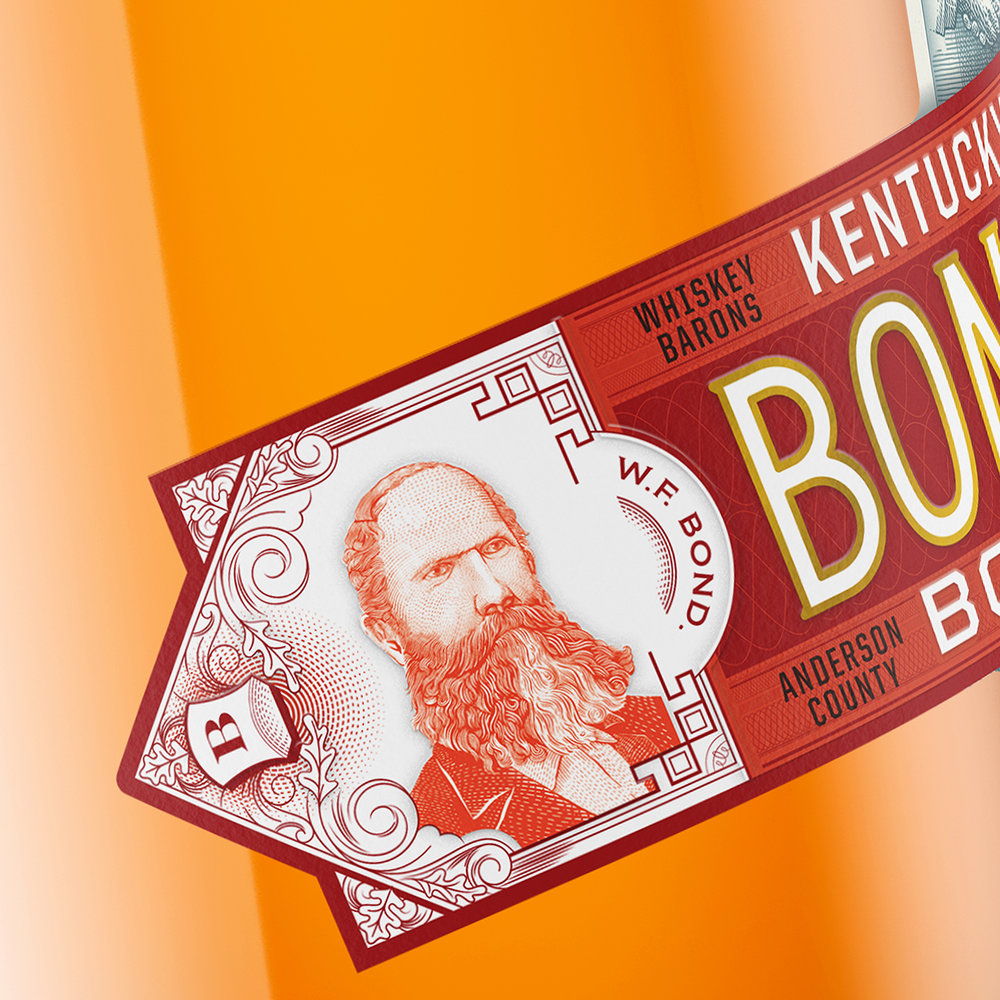 Denada Ice Cream Is Bringing The Flavor With These Colorful Pints