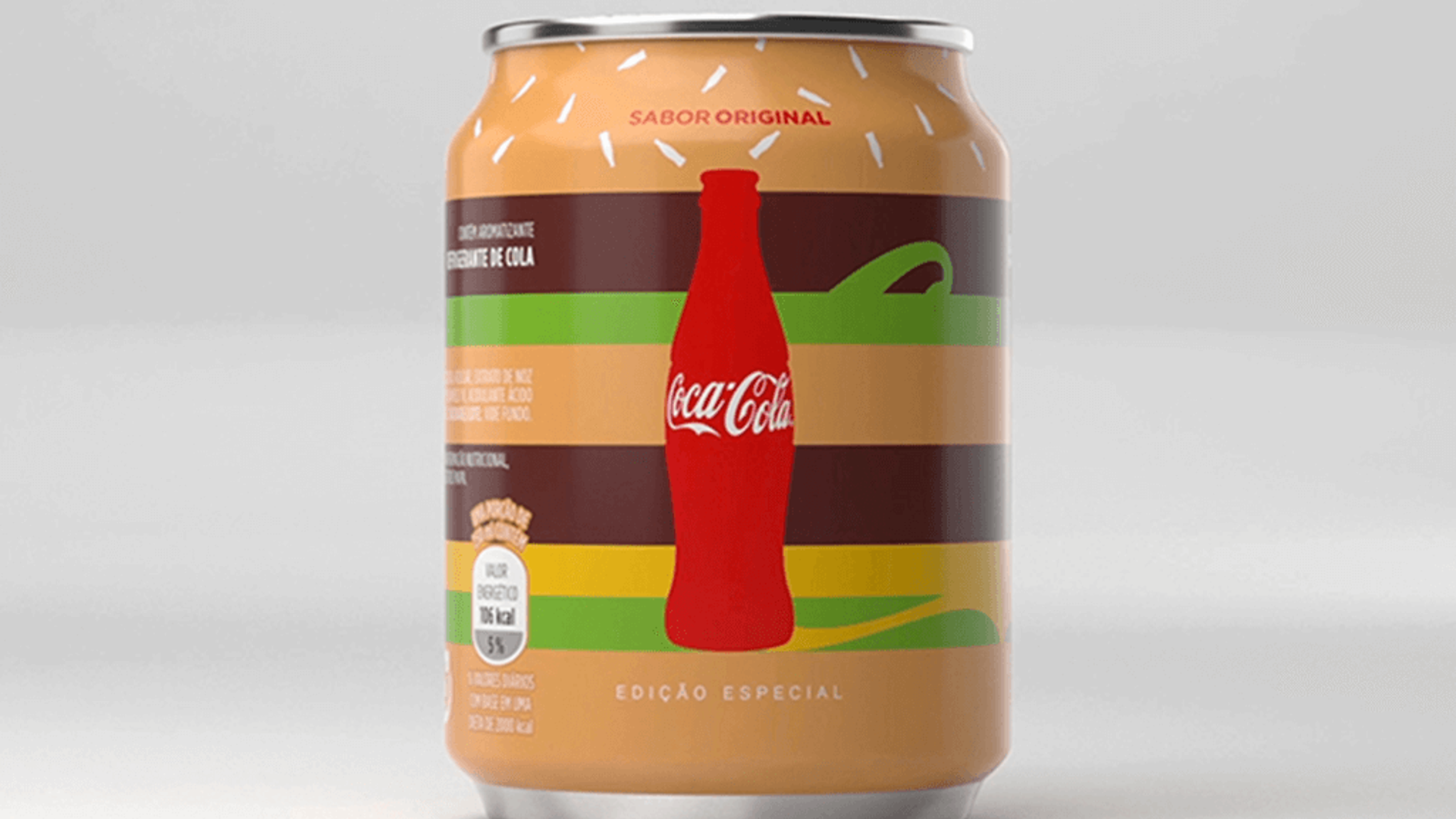 Did we miss something, or has Coke started canning Big Macs?Well, the iconic burger that's been around for half a century is going big for its 50th birthday, with Brazil headlining the tour in South America.Designed by Brazilian agency DPZ&T, they’ve playfully swapped out Coca-Cola's red lego and replaced it with a Big Mac design for a one-of-a-kind limited-edition can. Like some elaborate layer cake of burger, the cans feature all of the Big Mac’s key ingredients, from the savory beef patties and lettuce to the sour bits of dill pickles and the quintessential special sauce, all pressed together with cheese and a sesame seed bun. The cans even look burger-sized.

Everyone who receives the can is urged to post a photo with the hashtag #BigMacCan this week, so keep your eyes peeled for some sweet burger Instagram action.So why is McDonald's going HAM for the Big Mac, other than the sheer fact that it has fueled many a late night snack run after a debaucherous evening because of its lowkey deliciousness?The Big Mac is a staple to the franchise, and the only item to star on every menu in McDonald's 360,000 restaurants worldwide. Possibly you’ve heard of it? It’s kind of a big deal as 550 million are eaten each year.The birth of the Big Mac occurred in a McDonald’s kitchen by renowned chef Jim Delligatti. It's been said that the popularity grew from the use of an added sesame seed bun in combination with that sweet, sweet special sauce. No matter where you travel in the world, whether it’s to Japan with the pork patty teriyaki burger or Switzerland for the McRacelette, this iconic double burger makes an appearance on the menu.According to Dan Gertsacov, CMO for McDonald’s in Latin America, “Five decades deserve a great celebration. This is why we decided to show the power of this partnership that has always worked out; after all, a Big Mac with Coca-Cola is an ongoing perfect combination.”

Coca-Cola and McDonald’s first began working together back in 1955 when Ray Kroc reached out to Waddy Pratt, a Coke executive at the time.  A close friend of Kroc, Dick Starman says the two got together soon after and ended the meeting with a handshake that has undoubtedly generated a worldwide partnership between two giant companies. According to Mr. Starman in an interview with the New York Times, “When you’d ask Coca-Cola in what countries it had the biggest sales, it would say something like the United States, Japan, Germany and McDonald’s – and in the order. It was kind of funny, but it was true.”No word yet on whether or not we’ll be receiving canned burgers anytime soon, but we continue to watch the mailbox with the utmost diligence.

City By City: 10 Detroit Based Brands

Job of the Week: Bulletproof