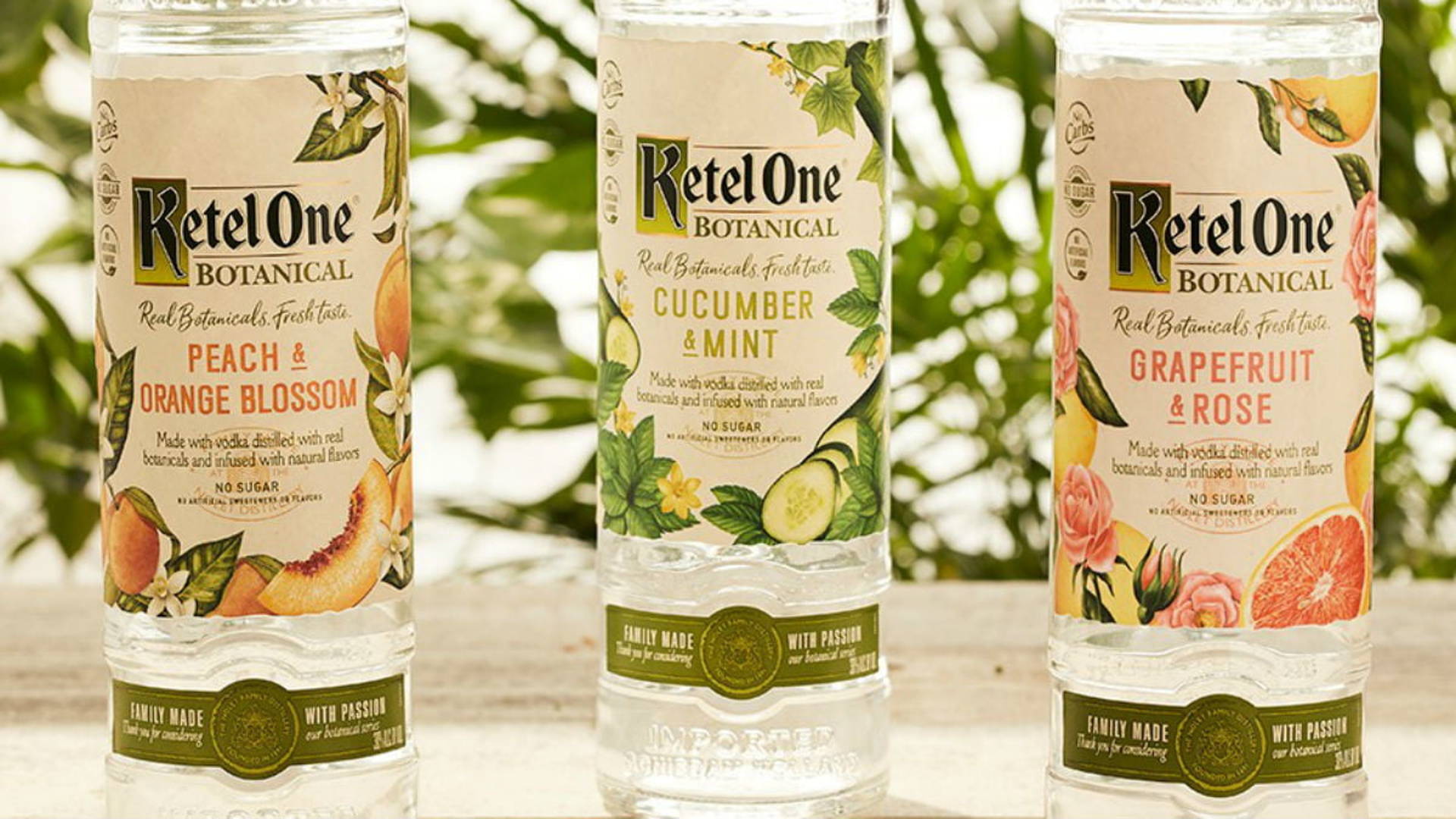 Want to enjoy a cocktail with the homies, but aren't quite ready to break your new health kick?Look no further, because Diageo PLC, the world's largest producer of spirits and co-owner of Ketel One,  has released their very first diet vodka, Ketel One Botanical.The decision to go diet occurred after Diageo noticed their sales in North America dropped 13 percent in a mere six months. According to the Wall Street Journal, "Millennials are cutting back on alcohol, both by having fewer servings at a time and switching to weaker drinks." There’s even growth in the non-alcoholic spirits category.The latest craze with the kids has been dubbed mindful drinking, but it's not the only market Diageo is trying to make a dent in. Apparently, “there’s a huge growth in vodka soda in America, particularly with women,” said Diageo Chief Executive Ivan Menezes on an investor call earlier this year.

Their angle to tackle both markets was distilling a beverage that contains 25 percent fewer calories than its regular premium vodka, and almost double that for white wine.This health-conscious bevie is currently available in three flavors, cucumber mint, peach and orange blossom, and grapefruit and rose. Each of these flavors offers smooth and fruity tastes that are perfect for the beach, poolside chilling or a movie night at home. Even the bottle would fit perfect in an Instagram frame with the warm colors, fruit imagery and tasteful script.If you feel like getting fancy, feel free to add some soda or fresh fruit for a garnish.Note, Botanical One is "Made With Vodka,” but it’s not vodka. Due to that fact that it's a distilled version of itself mixed with fresh fruit and herbal essential oils, the alcohol concentration is slightly lower than what's classified as vodka in the U.S.Nonetheless, it's a fraction of the calories for mindful amounts of fun.

These Game Counters Are Fit For a King