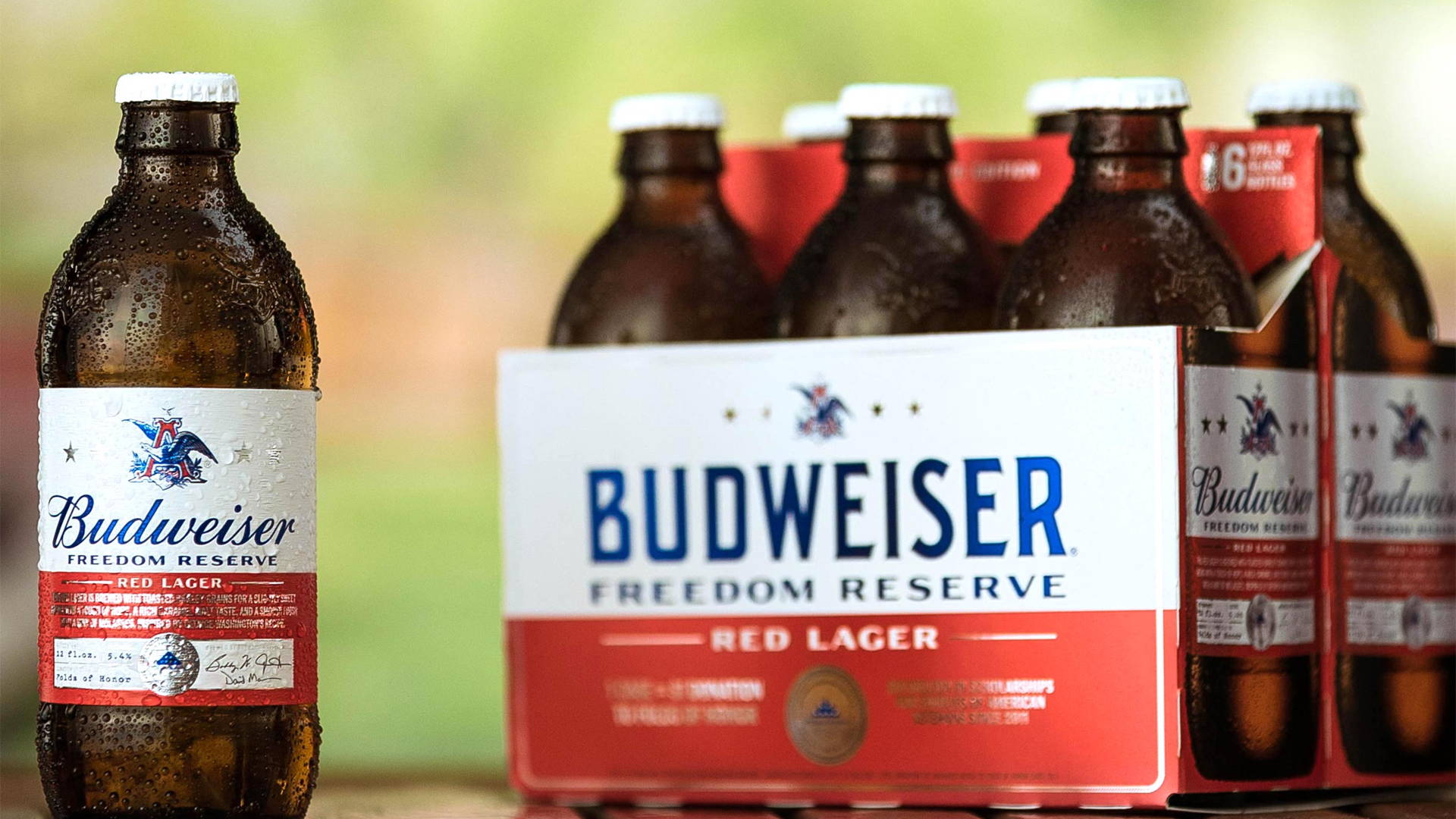 The world’s largest brewer is serving up a new limited edition Lager that pulls inspiration from a shelf in the New York Public Library, where a recipe for “Small Beer” from the first president of the United States sits.At the beginning of this month, Anheuser-Busch InBev launched Freedom Reserve Red Lager, the second beer in the Budweiser Reserve Collection, with a recipe for “Small Beer” from George Washington's 1757 military journal.Released last October, the first in the collection was the 1933 Repeal Reserve Amber Lager, directly sourced from the original recipe that celebrated the repeal of prohibition.While the designs are different, the retro packaging remains a constant in the collection with the stubby vintage bottles and one-pint cans.According to Budweiser, the Freedom Reserve Lager “features toasted barley grains for a slightly sweet aroma with a touch of hops, a rich caramel malt taste and a smooth finish with a hint of molasses."

To continue with the rooted theme of patriotism, Budweiser is donating a portion of the profits from now until the lager leaves the shelves in September to Folds of Honors, a non-profit dedicated to supporting families of fallen and disabled military service members.Over the last seven years, Budweiser has partnered up with this non-profit and raised an incredible $14 million. “To call Budweiser a partner would be an understatement – they are considered family to us and the 3,000 families their donations help support,” adds Major Dan Rooney, founder and CEO of Folds of Honor. “Freedom Reserve is a great testament to their unwavering dedication and compassion for our armed forces, and we salute them.”Additionally, Budweiser's own collection of veterans came together to brew this lager, and their signatures can be found on both the bottles and cans.So, from the brewers of the beer right on down to the red, white and blue labels by Jones Knowles Ritchie on the vintage stubby bottles your grandpappy used to knock back, this lager is All-American.