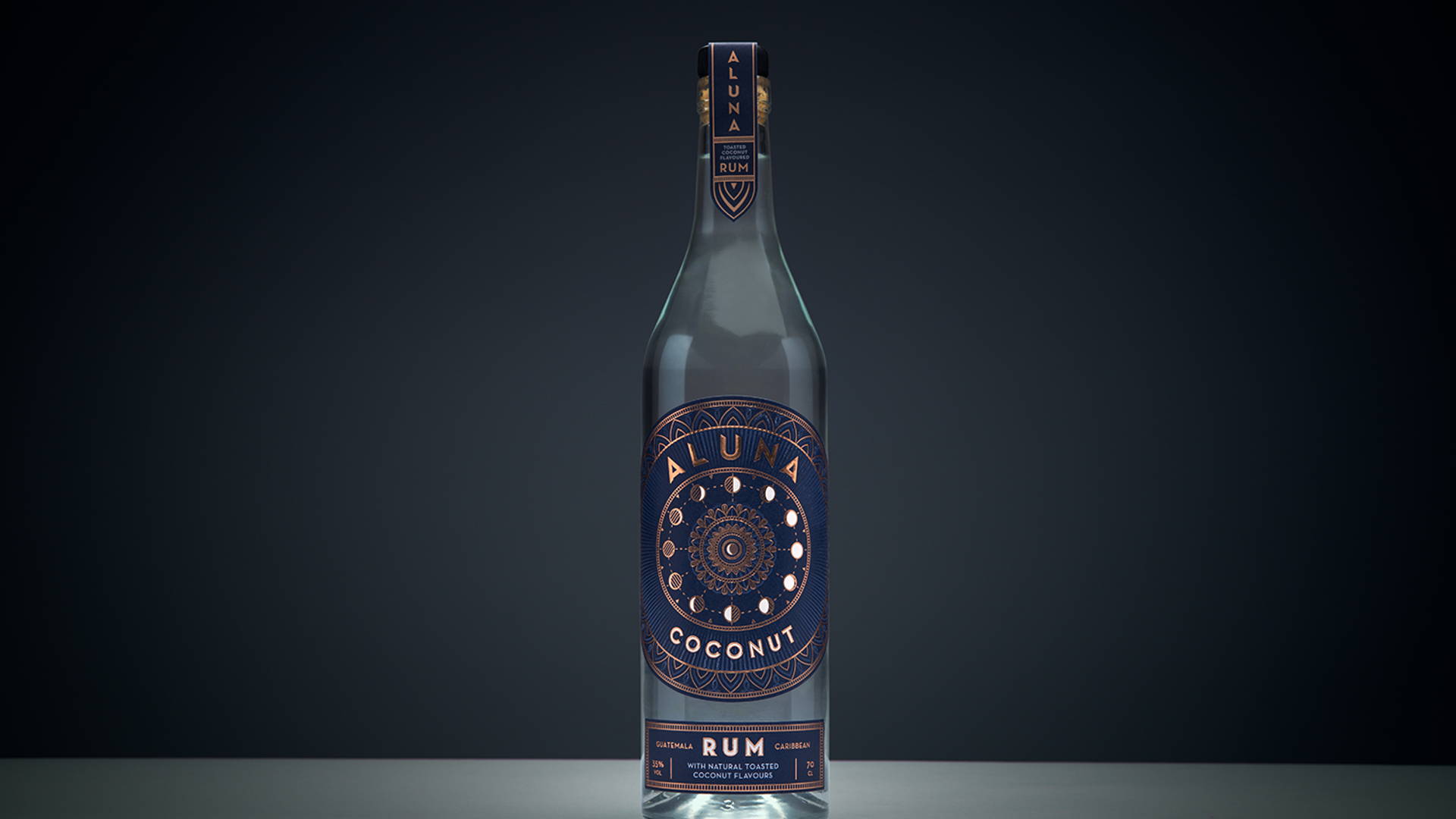 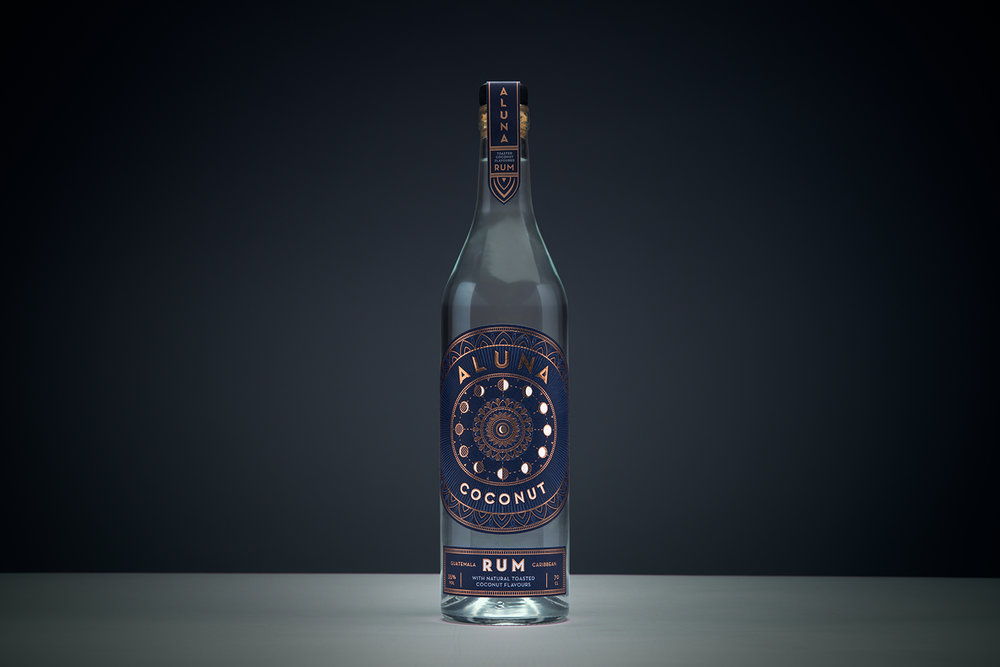 In a sea of rum packaging, the look of Aluna Coconut Rum takes the cake. UK-based agency anagloue. Created this elegant and dazzling design for the spirit brand in order to make it stand out from the typical cliched motifs found within the rum market.

“We think it’s fair to say that the coconut rum market isn’t the biggest one in the spirits sector. In fact, when we did our research we found the majority of people could only name one brand: Malibu. The white bottle with silhouetted palm tree is a well-known one in the sector, so when Cloudbreak Spirits approached us with the mysteriously named Project Coco – a rum flavoured with organic coconut water and toasted coconut – we knew we had to do something different. No palm trees, no sunsets, no tropical islands, no dancing hula girls.” 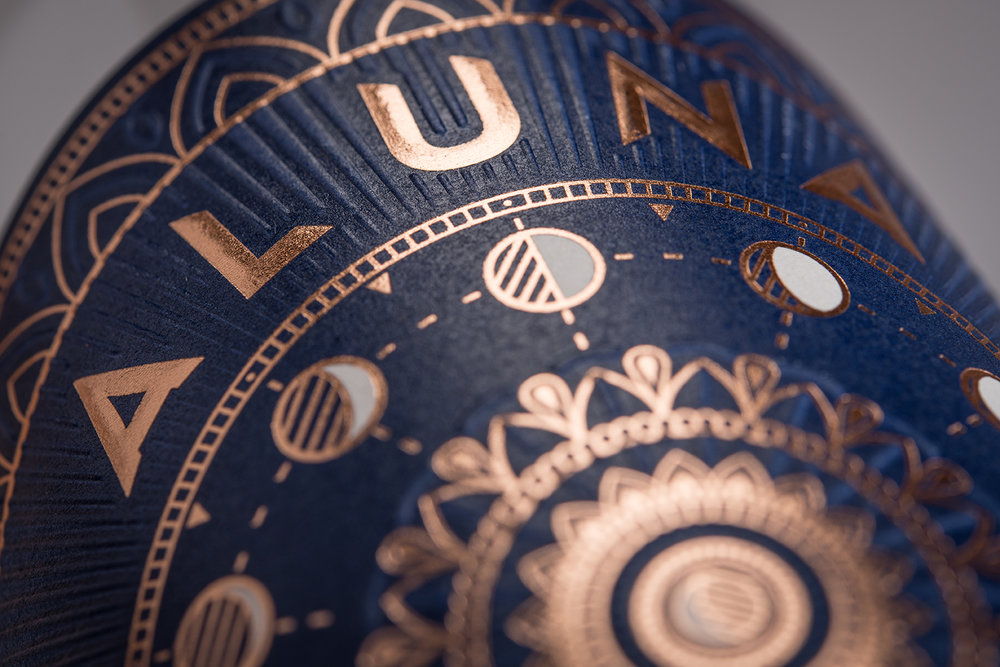 “The drink itself is similar to Malibu in that it tastes of coconut, but that’s where the similarities end. It’s made with miel de can?a (a virgin sugar cane honey), which gives it a lighter, smoother and naturally sweeter flavour, with significantly less sugar. It’s a serious spirit that can be served neat with ice or mixed with fruit juices: the perfect tipple if you like Piña Coladas (and getting caught in the rain).” 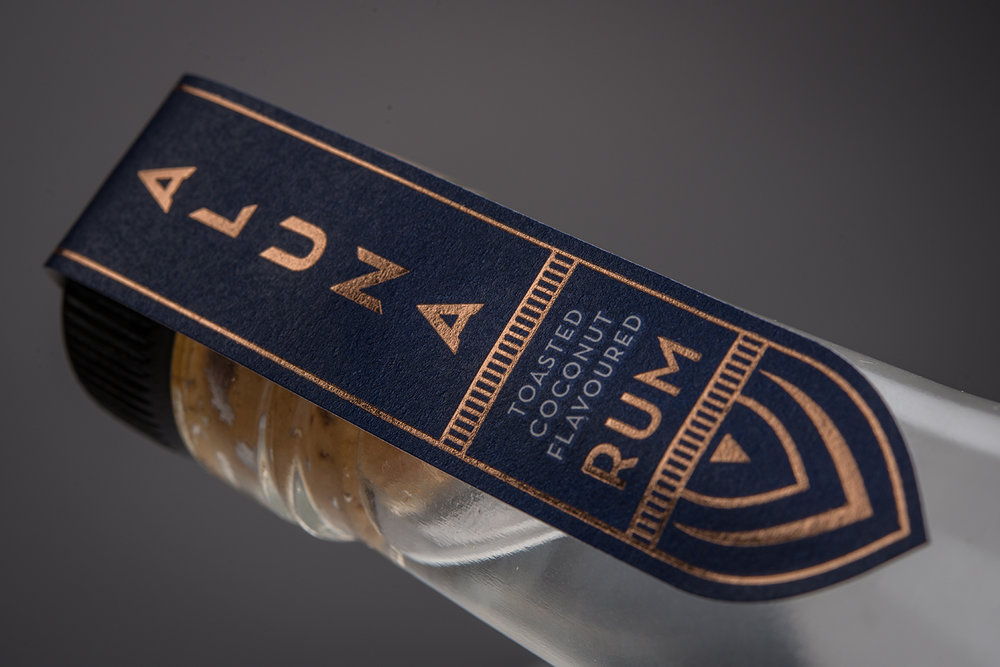 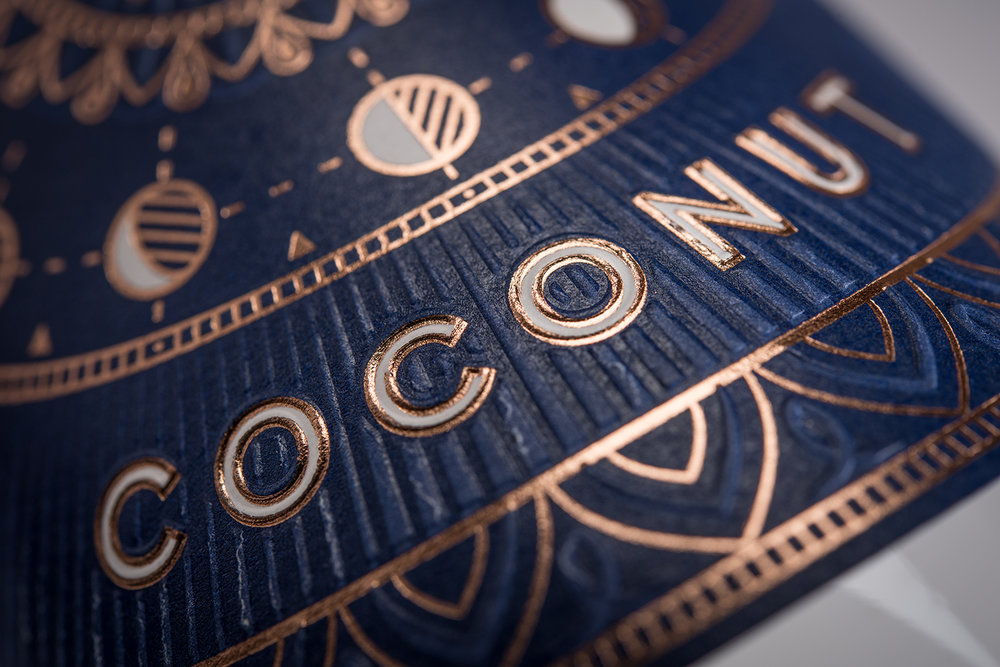 “We saw the opportunity to create a new brand aimed at the young, discerning spirit drinker with an aspirational product that had both provenance and authenticity. Something that would appeal to the nature-loving, yoga-stretching, spirit-cleansing, health-worshipping individuals who are in touch with their mind and body as well as the world around them.

Our first step – a fairly sizeable one at that – was to find a name. After endless rounds of options, Aluna was chosen for its links to the lunar cycle, which is responsible for the tides and waves. (There was also some mild post rationalisation about how the circular shape of a coconut cut in half represented the moon, but let’s not dwell on that too much). It also felt like a premium brand – a welcome shift away from Tiki bars, Hawaii, Haloa and flowery neck garlands (or leis as we’ve just discovered they’re called on Wikipedia).” 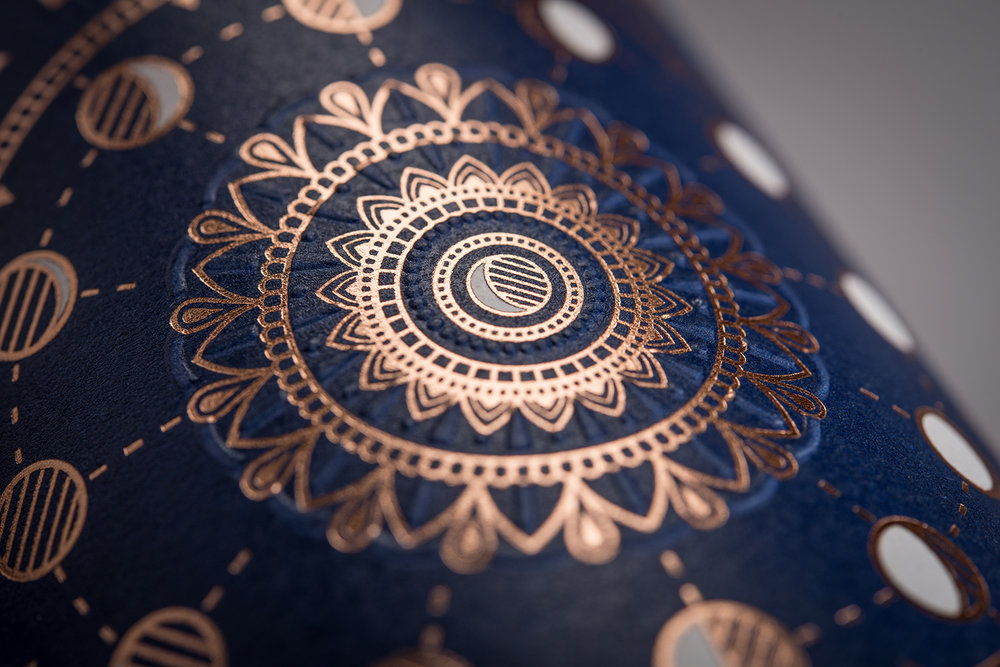 “The next challenge for us was the lack of budget for a bespoke bottle, which can often be a convenient shortcut on the road to premium. Without the money we knew we’d be restricted to stock options, but the version we settled on was chosen for size (fits perfectly in speed rails) and shape (nicely balanced for a smooth pour). In short, it’s a firm favourite with discerning bartenders.

A mandala symbol sits at the heart of the design, its geometric pattern representing the universe and giving the bottle a spiritual feel. It also serves as a holding device for the lunar cycle. We resisted the urge to use silver as the foil, which would have perhaps had closer ties to the moon, opting for copper instead, which complements the deep blue. It also works nicely with the white of the moon to give a small, but not insignificant nod towards the coconut flavour. Take a look at the full moons on the right side of the bottle and you’ll see what we mean.” 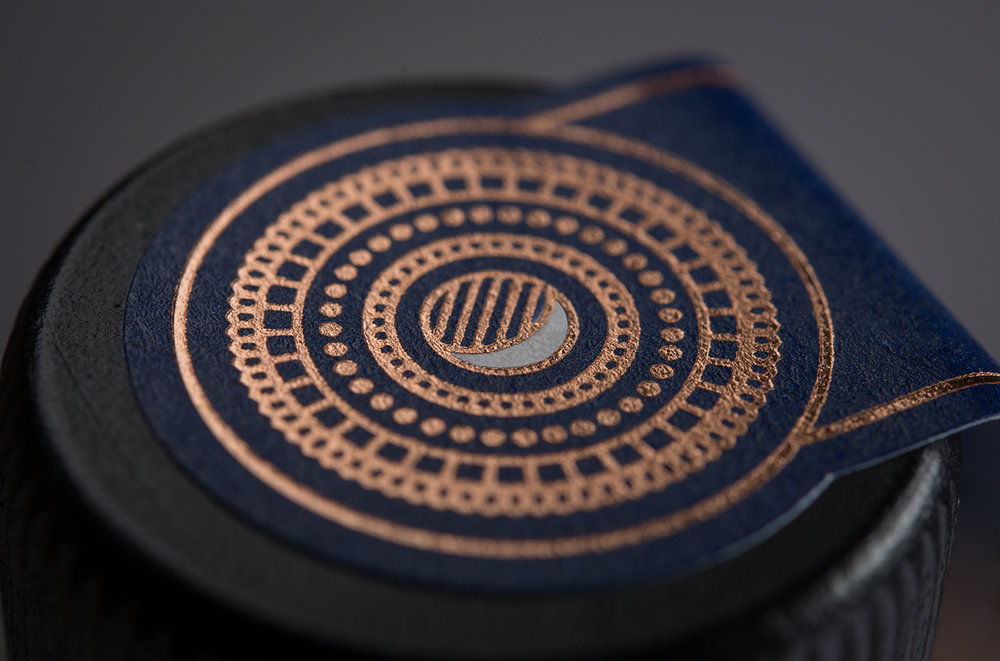 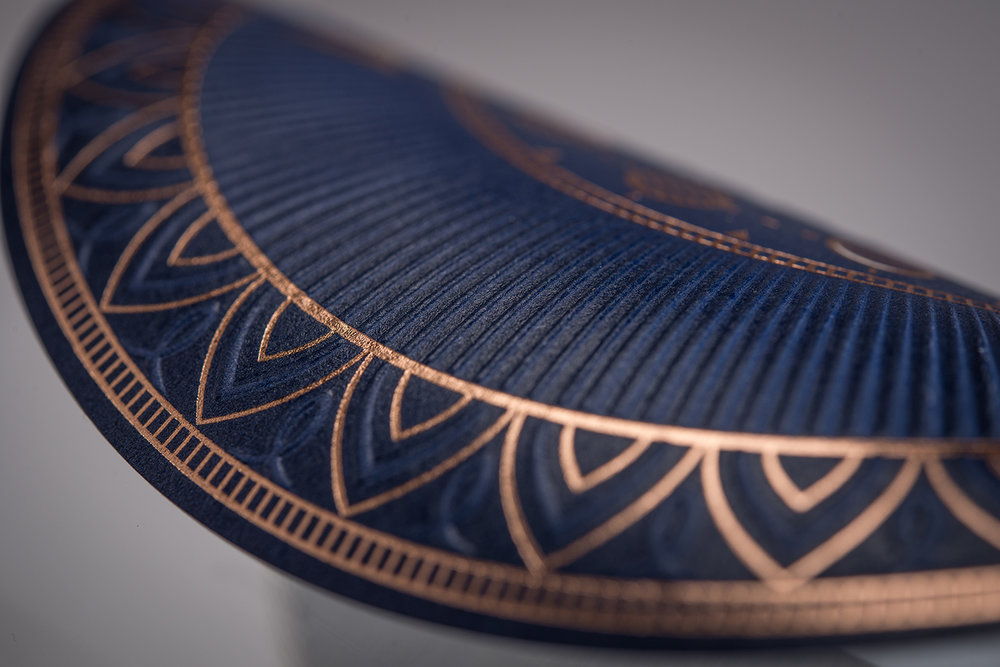 “Finally we added a blind emboss to the label to create texture and add a more premium feel, then gave key sections of blue an extra hit to produce really solid tonal colour variations.

The finished label – we believe – achieves the right balance of premium, natural and spiritual. A bottle that gives the coconut sector some much-needed credibility and will challenge people’s perceptions of the drink.” 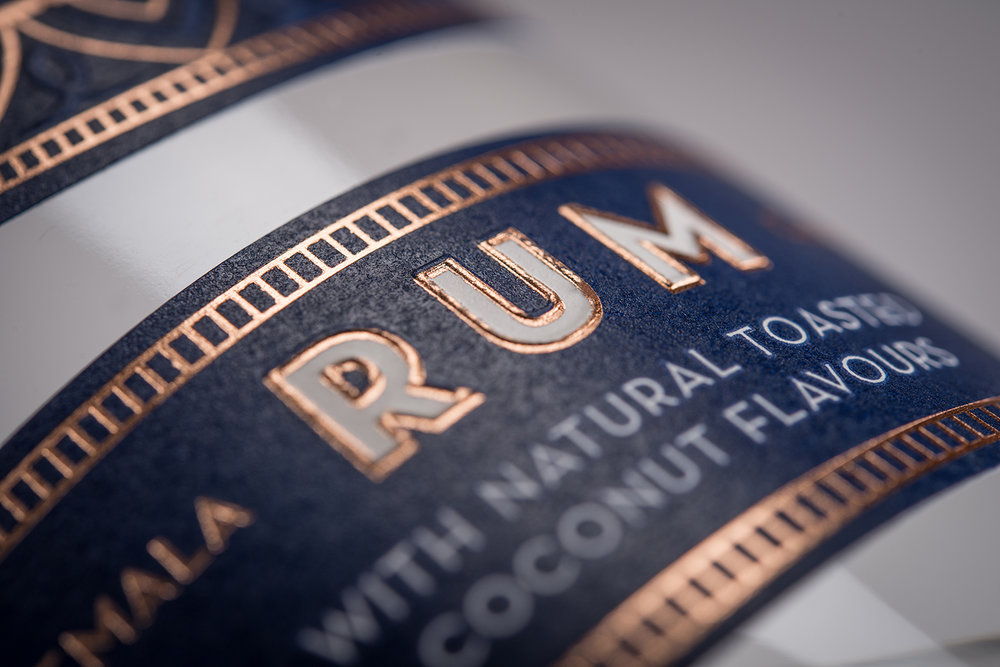 Where Are We At With Recycling?