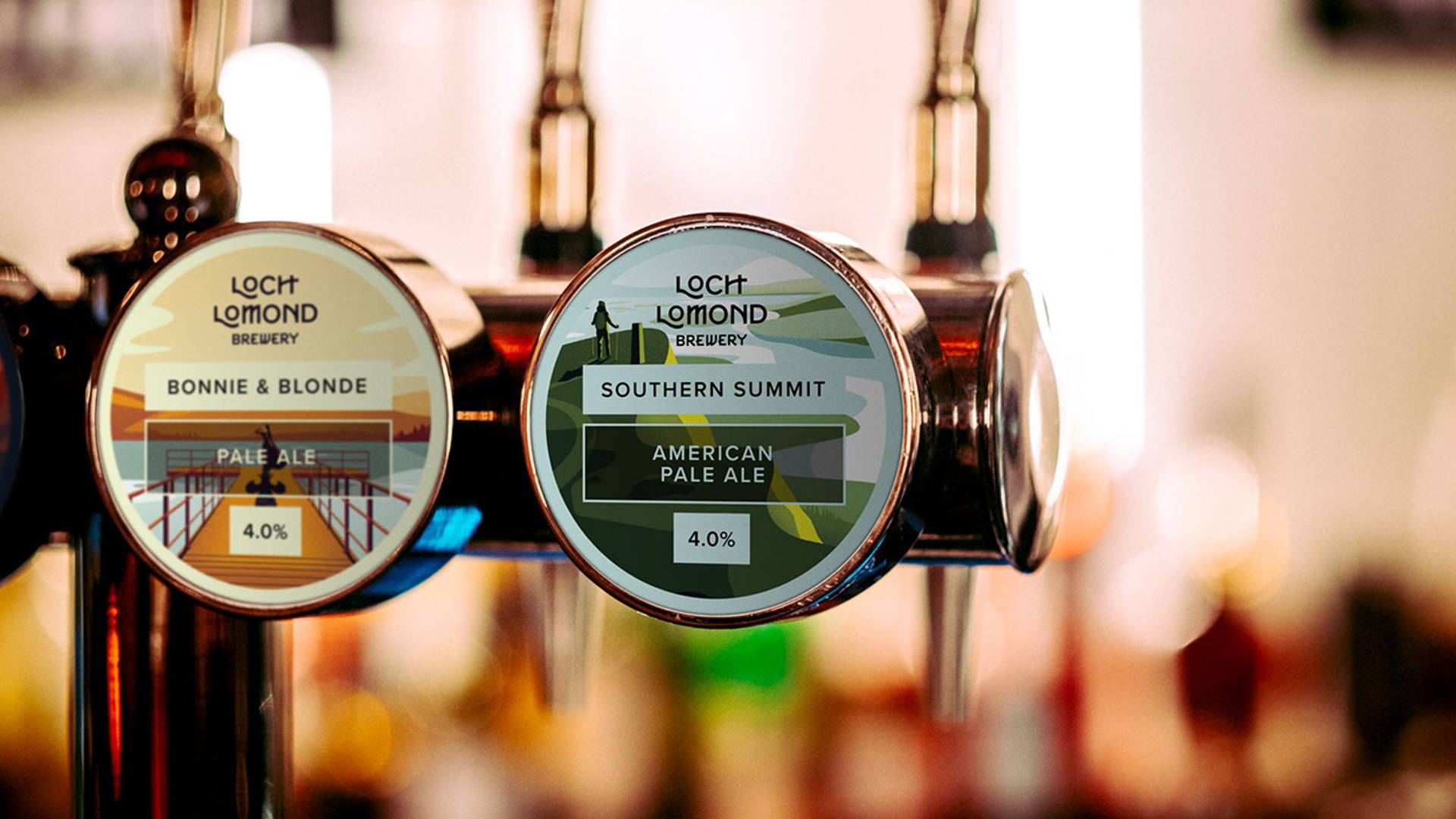 Located a quick train ride away from Glasgow sits breathtaking views of Loch Lomond and Trossachs National Park. From the Inversnaid Falls on the eastern shore to Loch Chon, a range of beautiful trees surrounding a lake on the west, this town in Scotland is a nature lover’s paradise.“Loch Lomond is a place where every visitor takes home their own experience. The area is so dynamic, and one day to the next can leave you with a very different impression,” states Matt Burns, creative director at Thirst Craft.

When it came to branding Loch Lomond Brewery’s Traditional brew, the team at Thirst Craft started by organizing the brewery's portfolio into ranges. "Keep the trusted, traditional and constant classic range in one style, and place the craft range, a more experimental, trendy and temporary style in another," adds Burns.  This lead to the three core elements of the project: the brand identity, Classic Range and Craft Range; all of which had a unique set of challenges.First, “the identity needed to be an elegant, consistent mark of quality,” begins Burns. “We used the land to inspire a bespoke wordmark with subtle arcs and waves in the letterforms to mimic its peaks and loch. We wanted to avoid overused logo marks seen within the beer industry and opted to go for something more suggestive rather than literal. We felt that this had a level of confidence and sophistication which reflected the brewery’s reputation for quality.”

Second, with Loch Lomond Brewery’s success and awards for the Classic Range, there was a loyal customer based that needed to be taken into account as the beers had to feel visually familiar.Lastly, their designs incorporated landscape illustrations executed in unusual color palettes. "We thought this was interesting and something we wanted to harness," begins Burns. "With illustration on the mind, we turned to Jack Daly, who actually grew up on the banks of Loch Lomond. Jack has great skill in using light and color in his compositions, which we thought would be perfect for capturing a romantic impression of the landscape."Yet, even with Daly on illustrations, Thirst Craft had to be smart with their new designs as provenance is an overplayed card in the craft beer category.So, they displayed the brewery’s home in a way it had yet to be seen. “We took timeless illustrations of the Classic Range and then completely flipped the perspective for the abstract, experimental Craft Range.”

The Traditional and Classic labels portray a story from Southern Summit depicting a hiker at the peak of his trail, as well as a traveler weaving through the path between the Kilpatrick Hills and Campsie Fells on the West Highland. Additionally, the colors tell a story which is showcased on the Bonnie & Blonde with the bulk of the design illustrated in shades of brownish-orange and beige. The Craft range, however, is a mixture of illustrations and still photographs that underwent abstract and vivid edits.Knock back a brew from Loch Lomond Brewery if you dare to sip on an adventure. Be wary though, Nessie has been known to venture through those parts of Scotland, and it'd be a bummer if anyone got tangled in her grip.

The Label for This Whiskey Is a Stunning Work of Lettering