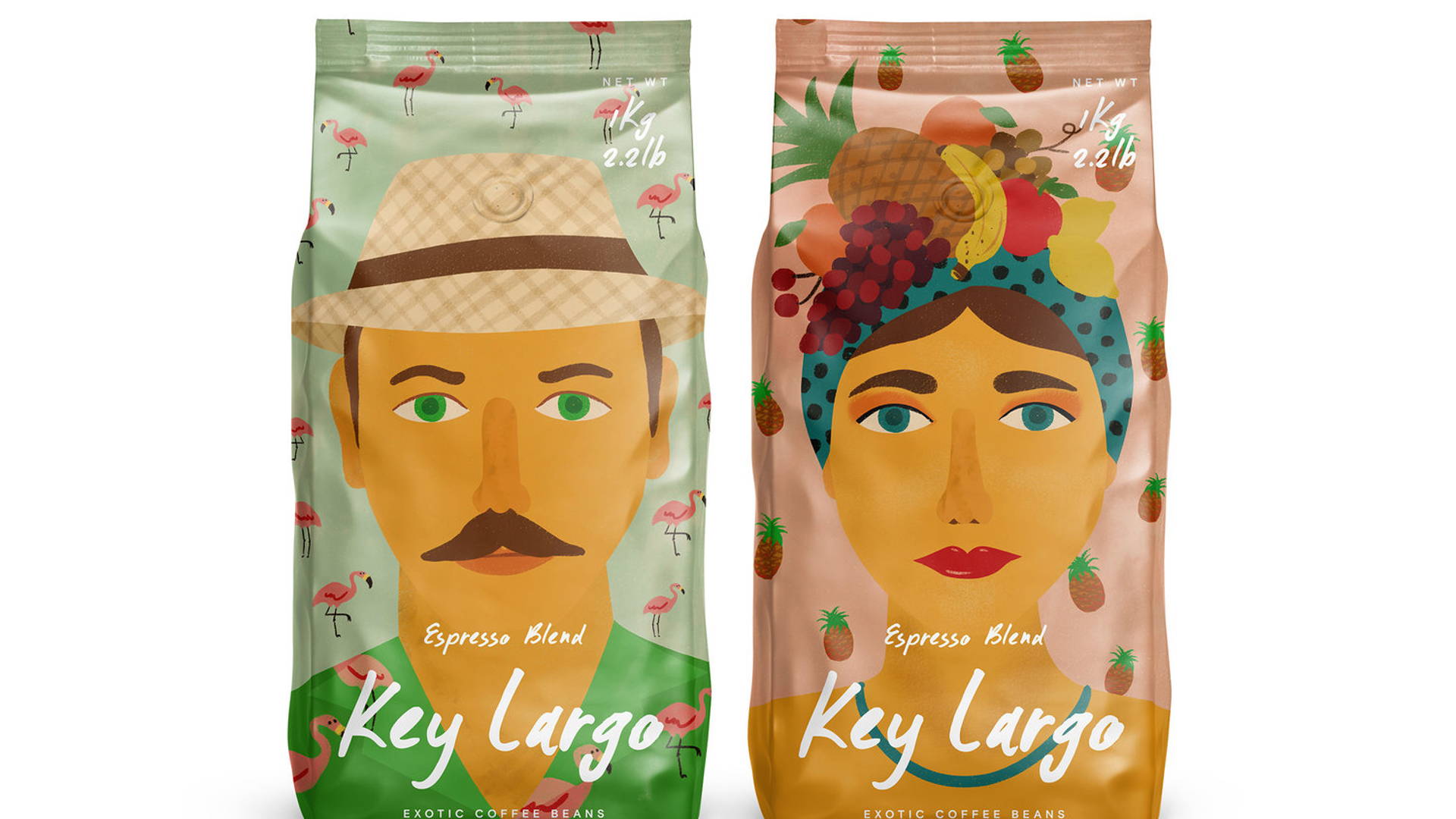 If you ever wondered what a Wes Anderson film would look like if it took place a tropical island, look no further because Key Largo, a pair of coffee blends from Spinos, has brought that vision to life with precise color choices and symmetry.Founded in 1957, this family-owned micro-roastery is known for making quality coffee blends in Kalamata, Greece.“When the son took over the business in 2005 and started handcrafting new exotic blends, he wanted to share them with the rest of the world,” says Anastasia Louri, project manager at Bob Studio. “So, he came to us to create a new brand that could be exported internationally and stand proudly on the shelf in other markets.”The first step was coming up with a name that would match the intense flavor profiles. “We wanted to feel exotic and mysterious,” states Louri, “so we called it Key Largo, a place far beyond what we imagine, that is tropical and beautiful. Next, we designed the imaginary world of Key Largo.”

From there, Bob Studio crafted a bold, eye-catching packaging to match the strong, hand-roasted coffee that embodied the concept of Key Largo. To create that feeling, they created two characters and adorned each with vivid colors and striking characteristics.The first character is a man wearing a bright green shirt, identical to the color of his eyes, with a pink flamingo pattern that continues in the background on a lighter scale. The second, a woman sporting a fruit headdress, with a pink pineapple background. “The women’s look is quite magnetic, intense yet peaceful,” adds Andreas Thanos, production assistant, when asked about his favorite aspect of the design.

Even the most creative of minds hit obstacles, and for Bob Studio, it was timing. “ When we started designing the project, it was some time ago, but the client wasn’t ready with the blends. When we were about to print, the pink flamingo was very much in fashion, and quite overused,” states Aris Tsoutsas, creative director at Bob Studio. “We thought about changing the designs, but we loved the way it looked on the shirt, so we kept it as is. However, we’d rather have launched the products earlier to avoid second thoughts.”Despite the timing, the distinct characters and color choices make the designs truly stand out. The Key Largo blends are a tropical adventure under the sun, and Bob Studio successfully captured that atmosphere with two lively designs.

This Russian Ice Cream Wants You to "Feel More"