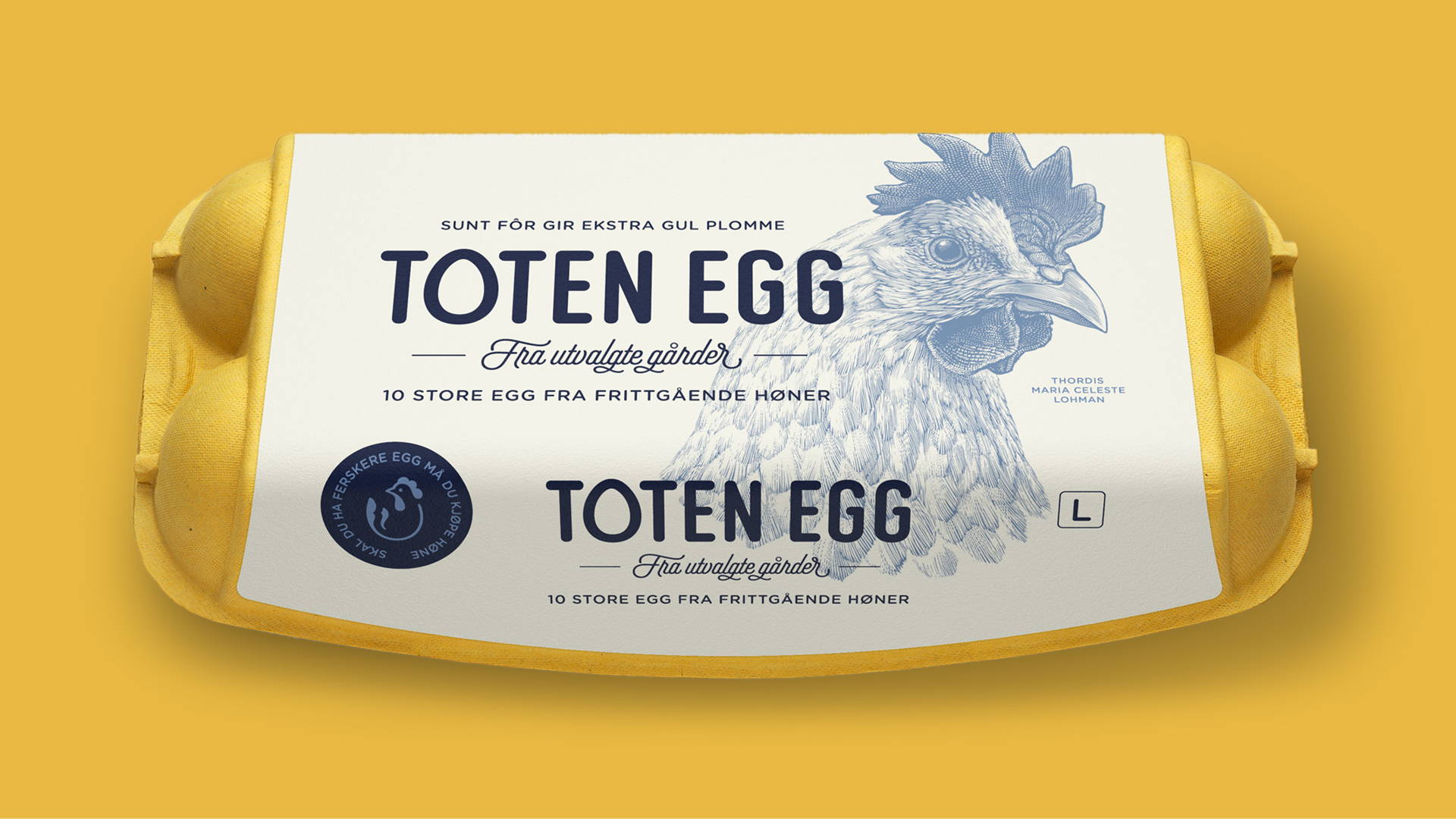 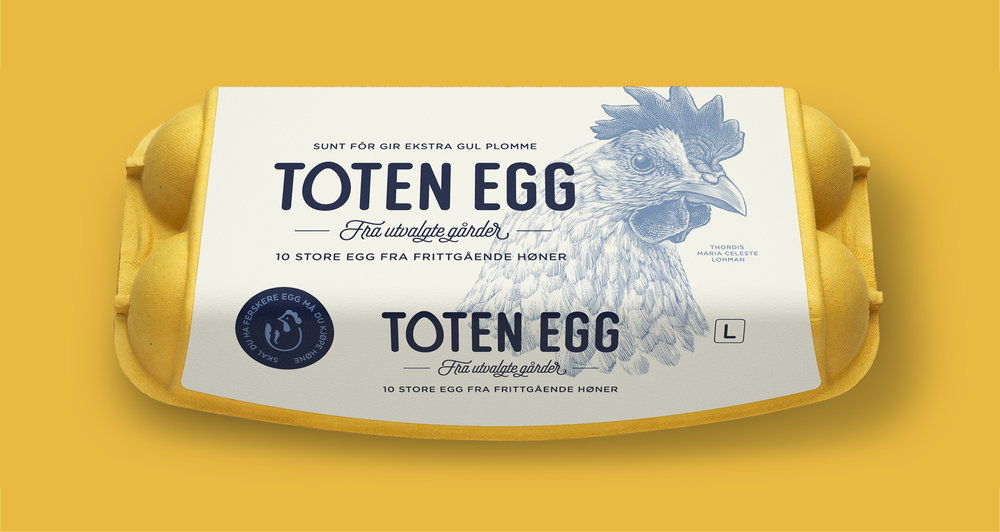 We love this elegant egg product packaging from Norway. Strømme Throndsen Design were responsible for the packaging for Toten Eggpakkeri, a free range egg producer. The design features a beautifully-detailed illustration of a chicken along the use of the color yellow in order to draw attention to the special yellow eggs that the brand is known for.

“We were hired to create a new identity and profile for Toten Eggpakkeri, a small distributor of free range eggs produced by family run farms in eastern Norway, four of which have been adapted to organic production. Chickens are fed on the distributor´s special blend of natural feed for ?avourful yellow eggs.” 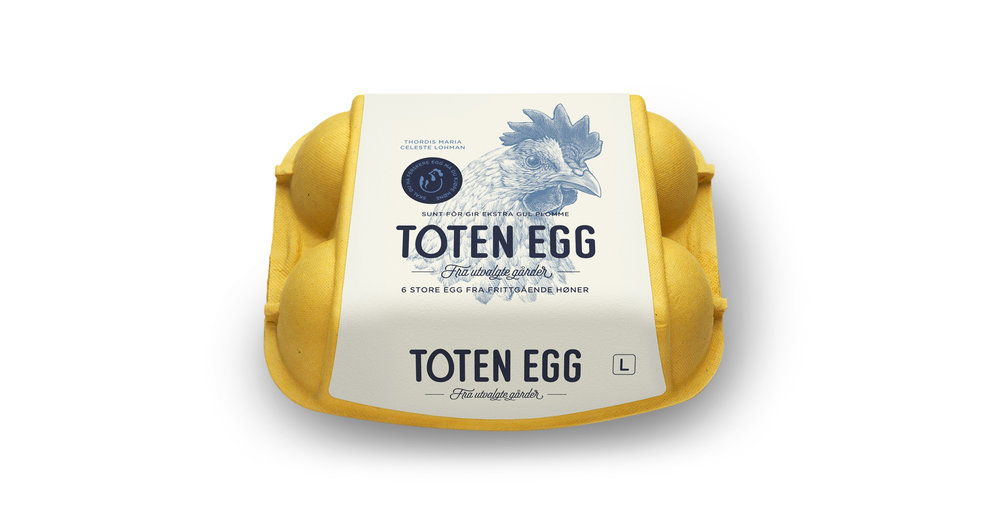 “By directly sourcing from local farms and keeping storage times to a minimum these are unmatched in their freshness. The identity and products under the new Toten Egg brand were launched autumn 2017. As of January 2018, they have extensive distribution with the different food retailers, their products are sold out and Toten Egg is recruiting additional egg farmers to meet the new, strong demand for their product range.” 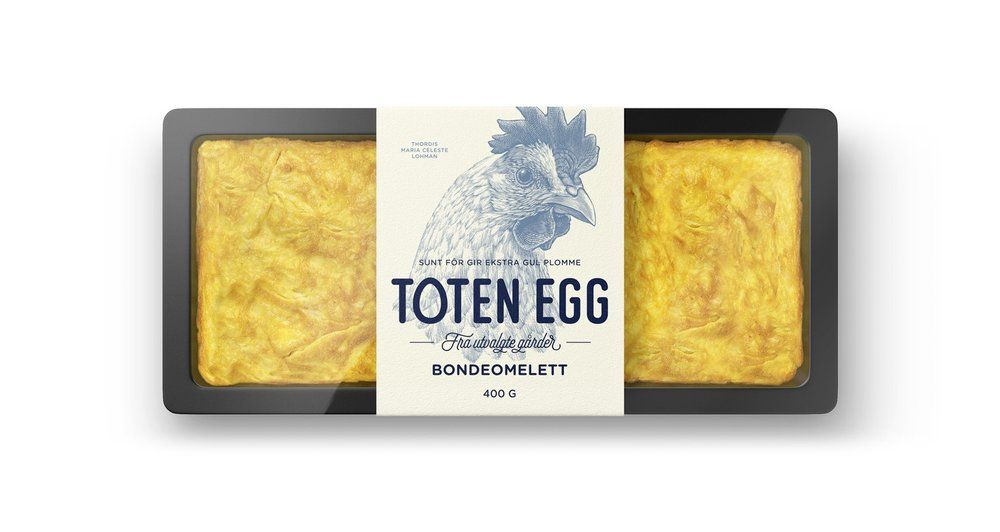 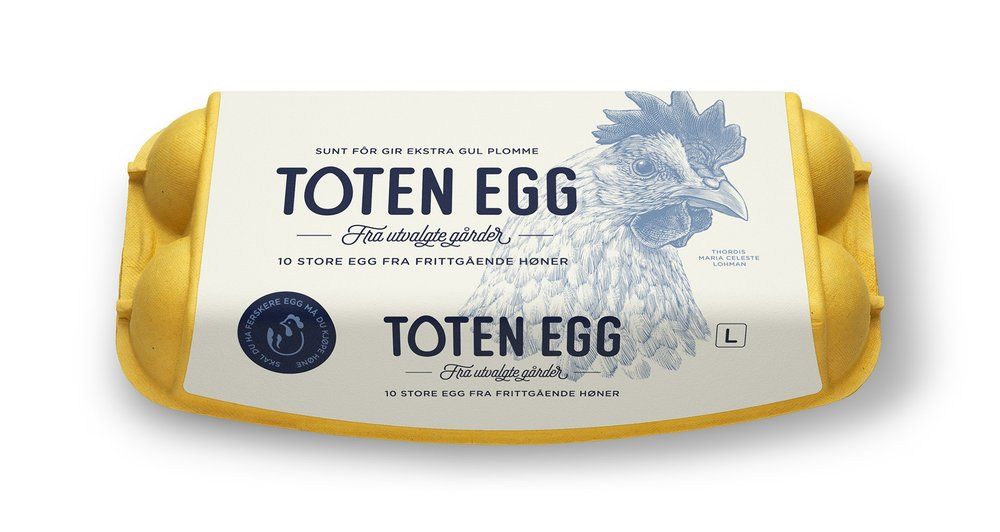 “By creating the identity ’Toten Egg’ we put an emphasis on the unity of these small and local producers. We developed a distinct packaging design that brings together an eye-catching coloured carton and contrasting white label to really emphasise a uniquely yellow egg and its freshness. By mixing the playful qualities of a custom logotype with details like the hen’s name, we foster a more personable and closer connection to the brand, its farmers and their hens, while the craft of illustration and the ?ourish of a script convey quality and traditional values.” 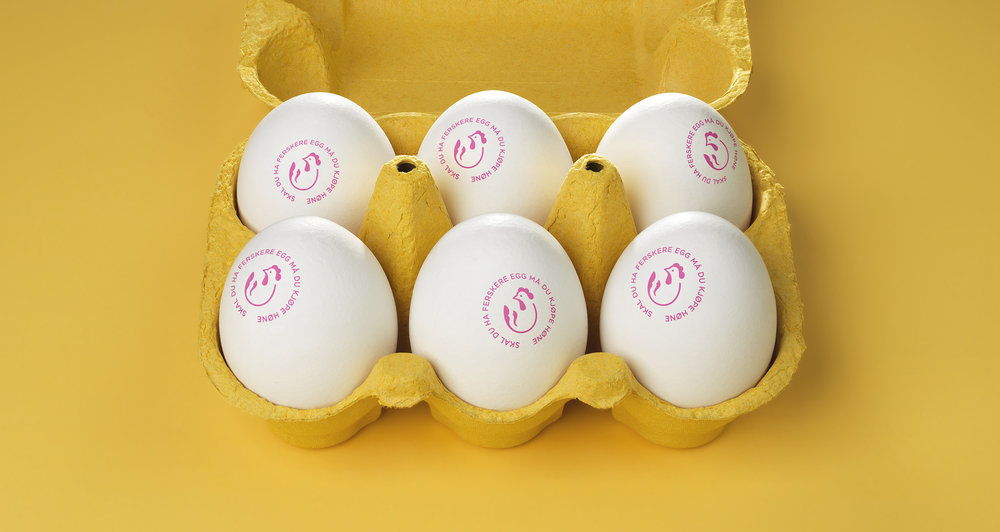 Leveraging Packaging As Part Of The E-Commerce Experience

Las Hermanas Spices Are Bursting With Flavor and Personality