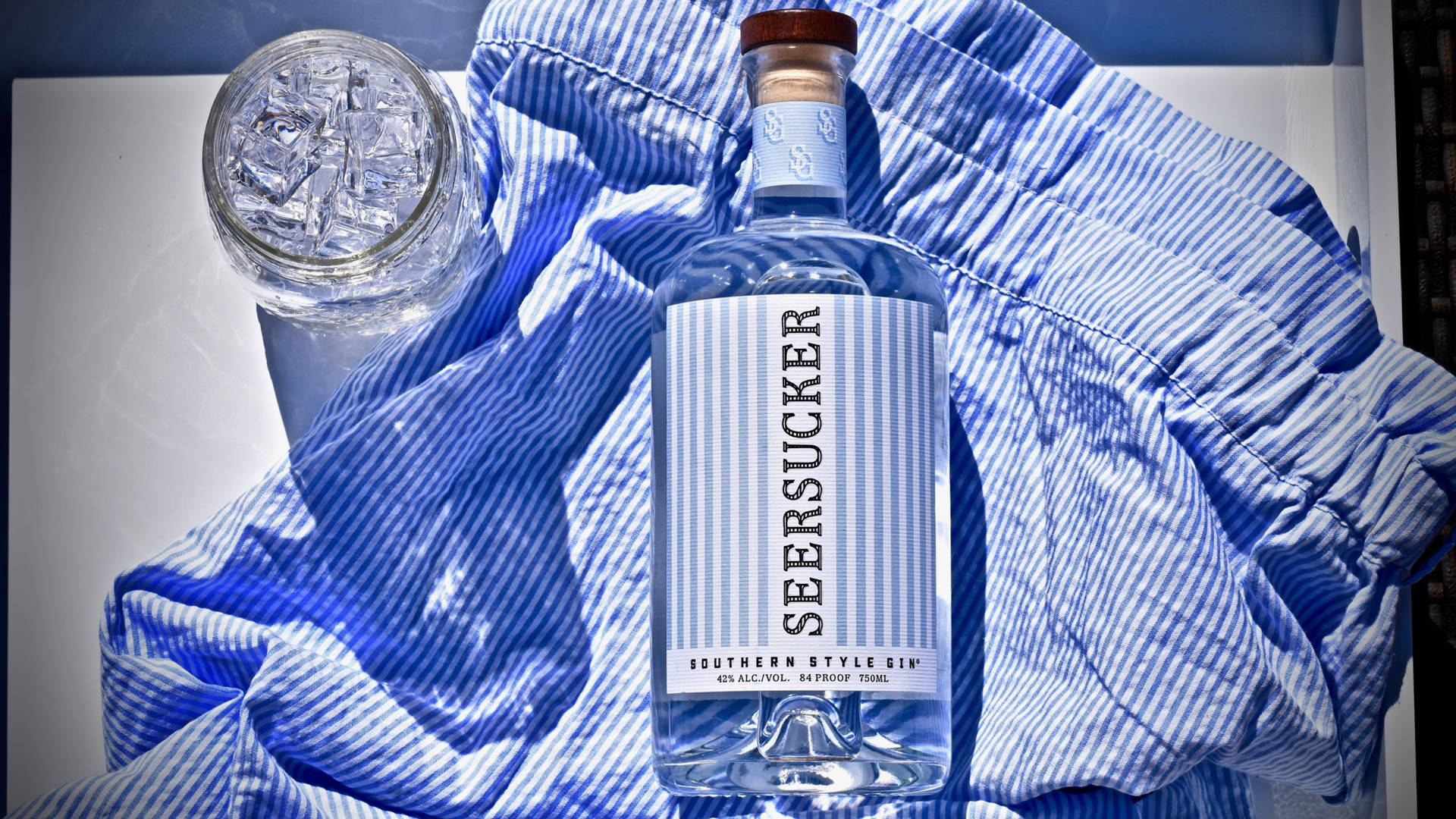 It's the middle of summer, sweat is dripping down your forehead, and you're in the mood for a refreshing drink with a little kick. You head over to the local liquor store and discover Seersucker Southern Styled Gin.  Intrigued by the label, you take it home, pour yourself a small glass and taste forward hints of lemon-lime with a clove-mint finish.That’s when it hits you. You’ve never tried a gin so smooth or sweet.

Back in  2010, Kimberly and Trey Azar began distilling the award-winning Cinco Vodka in San Antonio Texas. As the years went on, they saw a lot of bartenders were switching over to gin. “One of the things we noticed, even though people loved vodka, they didn’t really know a lot about it, and knew even less about gin,” stated Trey Azar, founder and master stiller of Azar Family Brands. “They were relatively intimidated by it, so we knew we wanted to make a gin that was friendlier, inviting and approachable. Not only in the market presentation, but also in the taste profile and overall brand.”The process of finding a name to fit that criteria spanned a year until a random Starbucks run changed everything. "I was behind these two guys in line," said Trey, "one of which was wearing a pair of seersucker shorts. As they started talking about the Kentucky Derby, Seersucker Style Gin got stuck in my head. I called my wife Kimberly, and I said, oh my gosh, I got the name.” She ecstatically agreed, and the duo rejoiced in the fact that they successfully found a name that tapped into the idea of southern hospitality, accenting what they really hoped to accomplish.

To help bring the brand to life, Trey brought on Angela Rogers as brand director of Seersucker. Together, they started by taking a look at the gin category, speaking with customers at length and over time, the resistance to move into the gin category became apparent. Consumers were intimated by the spirit for three reasons: taste, price, and branding.  "Gin can be a very intimidating, very off-putting drink if you don't know how to mix it into a cocktail that tastes good," adds Angela. "Next, the flavor is juniper heavy, which can cause the prices to go up. People generally like the taste of x, y, or z gin but can't afford to drink it on any regular occasion. Lastly, when we attended a conference at the beginning, we noticed there was nothing in the gin category from a brand perspective that was approachable. One female consumer even felt like every brand there was targeted towards men like gin is the spirit only guys drinks, which was somewhat surprising to me.”The next step was to determine packaging, which took the form of a contest. Angela reached out to artists, providing each with detailed briefs and customer research, and asked them to provide three designs that would undergo quantitative and qualitative testing. Less than 24 hours before the first call group, she approached Laura Bailey for a different piece of the business, only after reading the brief, Laura called her on the fly and asked to design the packaging herself.

"I thought, well if you can get this to me in the next five hours, I'll put it into testing, not thinking this could be done or in a manner that she and her partner Kara Myrick could win the contest," starts Rogers. "Five hours later, we're standing at the printer getting ready to put it on a design board when it comes out, and at first glance, I know this is the packaging. Trey agreed, and the consumer research backed it up."The design is simple, a light shade of blue in alternating white stripes that is true to seersucker with the name printed in the middle. The design is then wrapped around the base of a clear bottle with “SG” wrapping directly underneath the lip in matching blue.After three years, all of their hard work was finally paying off, and Seersucker Southern Styled Gin officially launched in January 2017 with two added flavors, Lemonade and Limeade, and all at an affordable cost.

The reward of watching people feel like Seersucker is theirs is unbelievable to Azar. "The best thing I've ever heard was from someone in Georgia who was a big gin fan and had yet to try it," he states. "When we sat down at the bar, and he took his first sip, he looked at me and said, 'Of course it takes like this, it tastes just how it looks.' And I thought that was one of the coolest things I've ever heard because we sort of hit the bullseye."Can you imagine, creating and branding a spirit to such a degree, that everyone who drinks it, feels like it’s theirs?

This Take on Canned Fish Packaging is Bustling With Personality