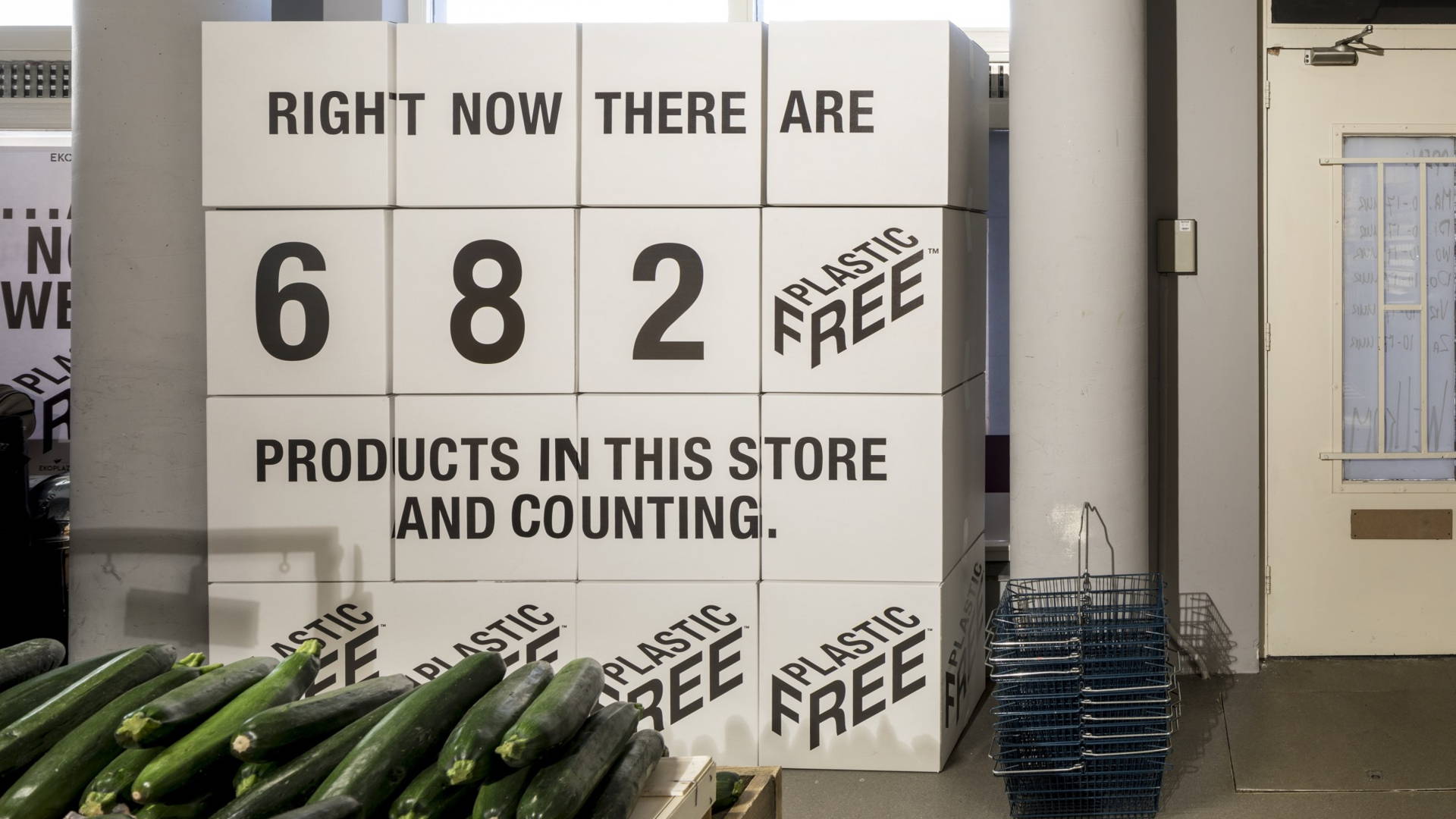 A Plastic Planet on Life After The Plastic-Free Aisle

Last month, A Plastic Planet (APP) opened the world’s first plastic-free aisle at one of Netherlands-based grocery chain Ekoplaza’s locations in Amsterdam. Offering over 700 plastic-free items, this joint venture has brought sustainability to the marketplace for consumers who are fed up with the seemingly infinite amount of plastic clogging up our landfills and oceans.While no one expects APP to change the world overnight, they’re generating an enormous amount of buzz. “The press has been there pretty much every day,” APP co-founder Siân Sutherland says, “from CNN to Al Jazeera, BBC, Sky News from various countries; so it continues to act as the catalyst for change we wanted it to be.”“This is the first step,” Siân says. “It shows the world, especially retailers, that it’s possible to shop plastic-free now. Not in 20 years time. Of course, it’s not perfect. It’s called Ekoplaza Lab because it’s an evolving retail lab growing daily as new materials and brands come forth, encouraged by the prospect of being part of this change. Our Plastic-Free Aisle is just one of many solutions that we need now to fast-track our way out of the plastic disaster we have all collectively created.”  What’s most shocking about this convenience store-sized addition to Ekoplaza, is just how much everything looks like it's packaged in plastic. Take a stroll down the aisles, and it feels like an ordinary trip to Trader Joe’s or Whole Foods, with nuts and meats wrapped in biodegradable packaging.

“Many variants of compostables are available now,” Siân explains. “Their practicality on the shelf has vastly improved. They are of course a much more benign material than conventional plastic in every way. However, we are realists and we know that industrial composting infrastructure needs substantial investment. If we create decent demand, that, in turn, creates the substantial scale for composting, it will warrant investment in infrastructure. If the materials aren’t being used, no-one will build the industrial composting facilities.”According to APP Packaging Advisor Paul Foulkes-Arellano, the rollout of compostable materials has already begun. “In Italy, Novamont is taking over conventional plastics factories and starting to produce compostables in industrial quantities,” he says. “Until now, no big brands have wanted to trial compostables, but I know that in the USA there are a number of companies already using compostables for coffee capsules, and several more in trials.”For CPG brands worried about the costs of switching over to compostable materials and other plastic alternatives, often it’s a matter of a few pennies, which is still a bridge too far for companies that have a keen eye on their bottom line. But, according to Paul, those brands can use a lot of the same factories with their film converters and plastic molders to run compostable biomaterials. “All you need are the right pellets,” Paul says, “and a couple of trial runs with the engineer from the biomaterial pellet supplier.”

According to Paul, we may even see the plastic-free aisle cross the Atlantic, potentially in California very soon. “We know people are asking Whole Foods and Wal-Mart to go plastic-free,” Paul says, “but it's likely to be a chain in California. It could even be Aldi, the German chain, who are following everything plastic-free with great interest.  Aldi already have the capability of doing this, as they have stores in Austria.”With their eyes on expansion, APP is all too happy to be in the limelight, and the breath of fresh air they’ve brought to consumers has been energizing. “The media support has been unexpected and amazing,” Siân says. “It really shows that we have a rare moment in time where the public is ready for a change, so long as they are given a choice. To date, they have had no choice but to buy plastic-wrapped food and drink.”“Now there is choice,” she adds. “Change can happen.”

Step Up Your Home Fragrance Game With Capri Blue