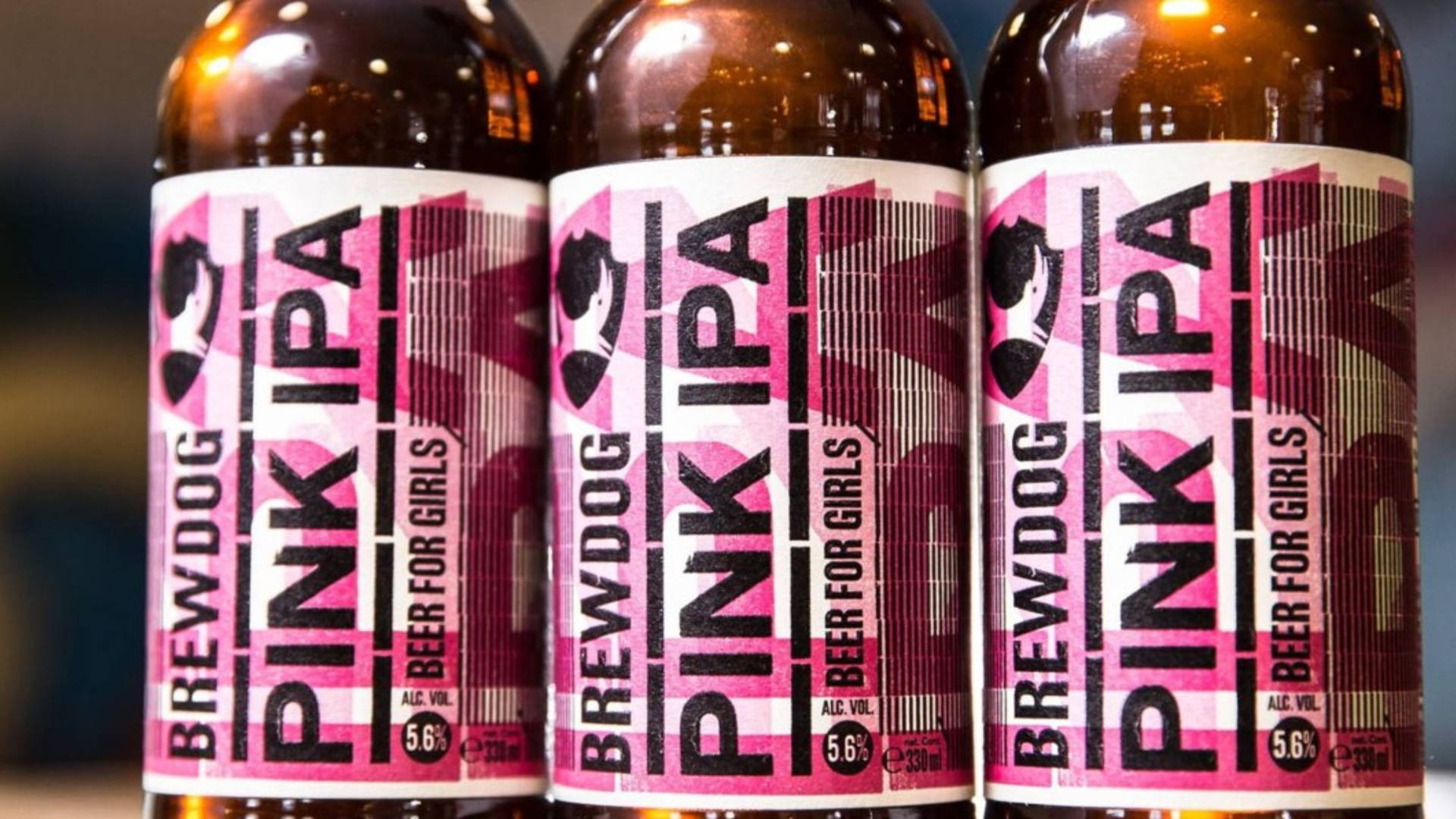 With International Women's Day earlier this month, and the powerful impact of the #MeToo movement and Time's Up, brands are switching it up and incorporating female empowerment into their packaging design for the month of March.It's a hit-or-miss trend that when it falls short, generally results in an endless amount of shade from the Twitter-sphere. Even brands with the best of intentions likeMcDonald's and Stacy's Pita Chips can still be trolled.One of the companies currently in the line of fire this month is BrewDog, a Scotland-based brewery, for their "new" Pink IPA, a special edition release of their flagship Punk IPA repackaged in all pink as a "beer for girls.”

At a glance, consumers will most likely roll their eyes as another company uses this cliched, femme color to attract the women of the world to their product. Nor would they be wrong. Beer is beer, it's not gender-specific, and it doesn't have to be dressed up in a pink bottle to attract the female gaze.Well, BrewDog feels that same way—Pink IPA was intended to be a satirical take on all things pink in the branding world. Unfortunately, it got lost in translation as did the fact that this limited edition brew is all about raising awareness for the wage gap.For the four weeks of March, 20% of the proceeds from Punk and Pink IPA will be donated to Women's Engineering Society,  a UK-based charity and professional network for women engineer and scientists, as well as 9to5, an American organization advocating for equal pay. Additionally, anyone who identifies as a woman will receive a 20% discount.  Yes, the 20% is significant as it reflects the average pay gap between men and women in the UK (it’s 19% in America). While any brand that throws shade at cliche femme branding should be commended, maybe next time, strike the humor and stick to the cause at hand.So, why is it that brands have such a hard time targeting consumers by gender?Could it be that the conventional binary categories are out of date with the younger generations? Or maybe it's the twisted belief system that females are automatically feminine and males, masculine?Whatever the answer, brands should get wise to the backlash that gendered marketing—even as a joke—stirs up. The times they are a-changin’, and if businesses are wise, they’ll bid adieu to the strict binary categories of the past and consider more modern gender-neutral packaging trends that are emerging in the industry.

Echo Vie is a Natural Skincare Line With a Delicate Look

Volta Explores Their Creative Process Through These Beautiful Alcoholic Beverages