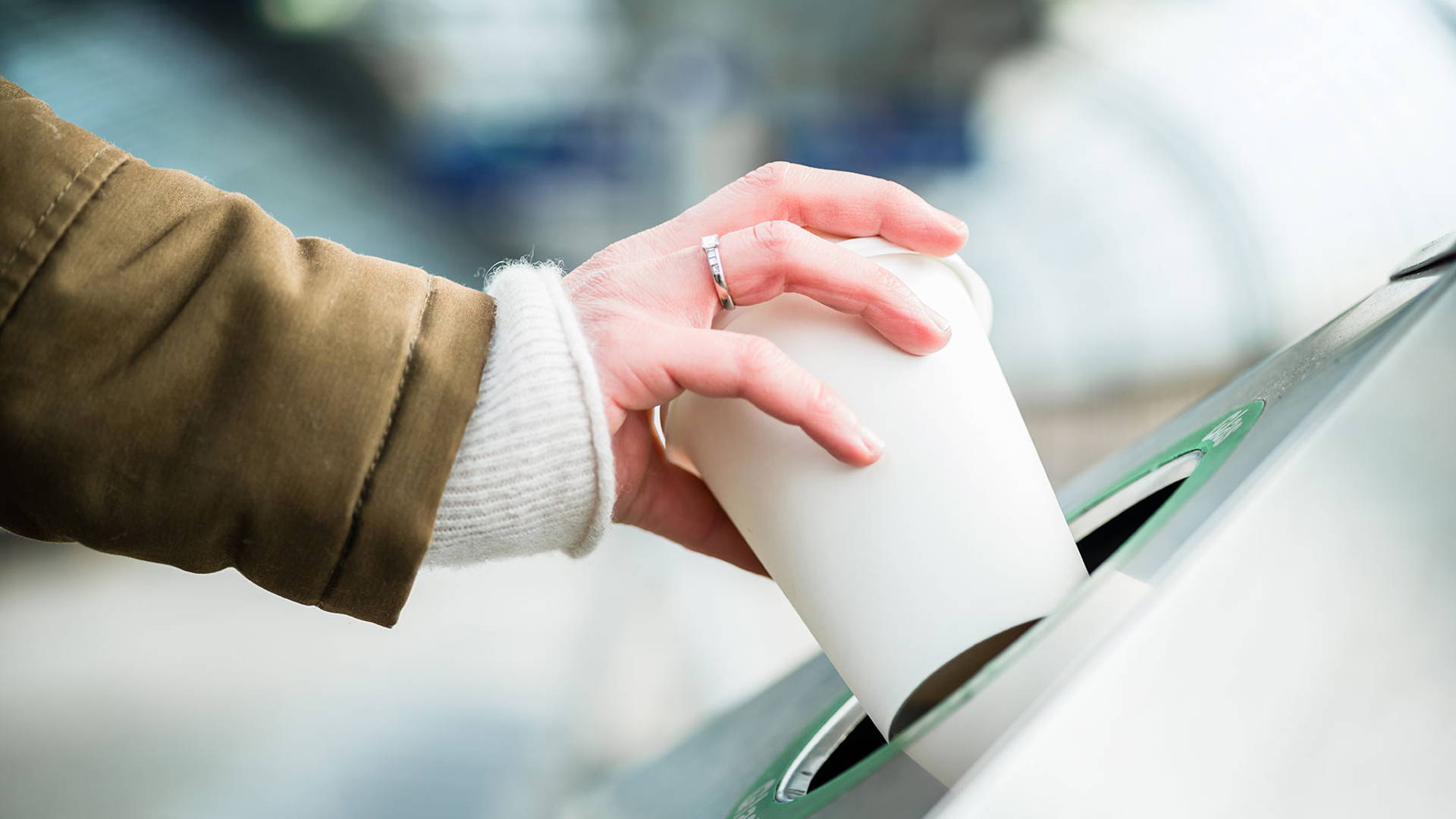 Two months ago we reported that British lawmakers were considering the implementation of the latte levy due to the fact that those pesky Starbucks paper cups aren’t recyclable because of their lining of polyethylene that inevitably gets them thrown into a landfill.Well, as of last Friday,theUK government has officially rejected the latte levy, a tax on all disposable coffee cups that would raise the price 25p (34 cents) a cup, and is now counting on coffee shops to offer discounts for customers with reusable cups.Mary Creagh, Environment Audit Committee chair stated in an inquiry, "The government's response shows that despite warm words they plan no real action. Evidence to our inquiry demonstrated that charges work better than discounts for reducing the use of non-recyclable materials – as was the case with the plastic bag charges."

And she's right! Let’s backtrack a little and look at the cold hard facts, shall we?2.5 billion disposable coffee cups are thrown away each year in the UK alone. To add insult to injury, about 1 in 400 cups actually get recycled – that translates to a mere 6.25 million cups.When Starbucks got wind of the news in 2016, it began offering customers a 50p (70 cents) discount in exchange for bringing their own reusable cup. British entrepreneur Martin Myerscough even created the Frugalpac Cup which featured a removable thin plastic liner designed to separate itself from paper during the recycling process in hopes of making a difference.Unfortunately, the reusable cup incentive, originally launched in 1998 at 10p (14 cents) discount, only made a 1.8% dent in client participation and it still remains unclear if the Frugalpac trial run made much of an impact.Hence the push for the latte levy, a proposal that followed the success of Britain's tax on plastic bags, whose use declined by 80% since its implementation in 2015.Alas, the levy has been rejected and it’s now up to UK coffee consumers to prevent the overuse of plastic. So, do yourself and the planet a solid, and bring along your reusable mug the next time you pop into a coffee shop!