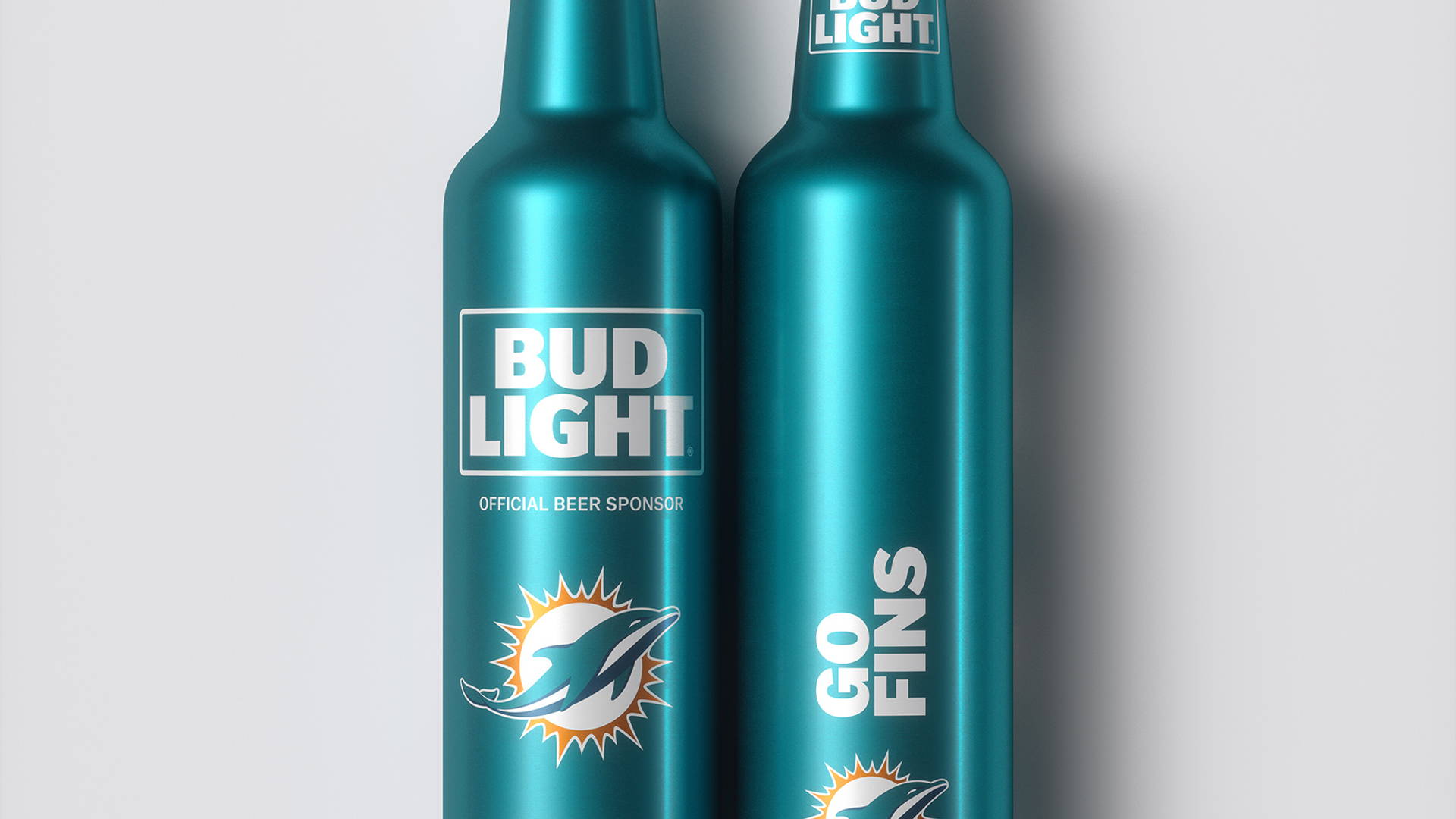 NFL Fans Rejoice — This Special Edition Beer Was Made For You 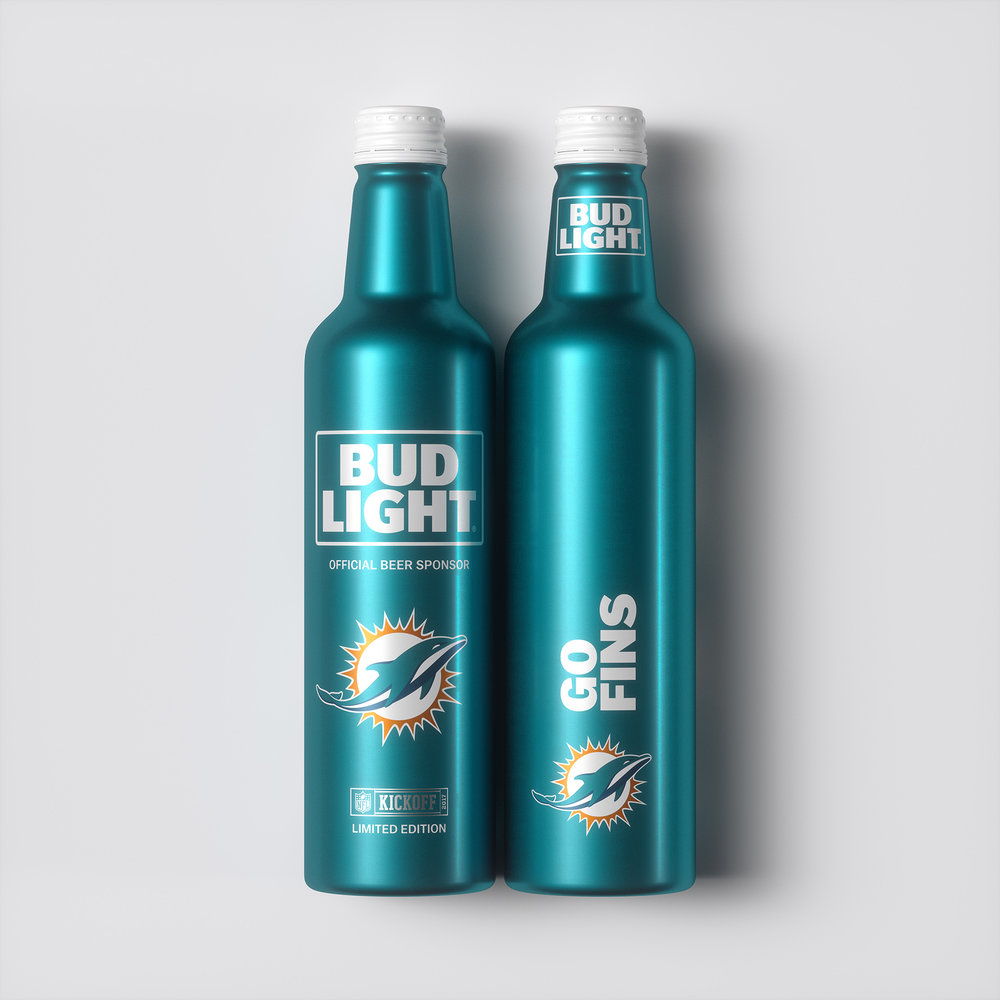 If you’re an NFL fan, this project just might be for you. Jones Knowles Ritchie designed this striking packaging for the NFL’s 2017 special edition Bud Light bottles. The bottles serve as a way for football fans to show off their team spirit while simultaneously enjoying a nice cold one.

“Off the heels of the successful 2016 NFL team cans, we were tasked with continuing to elevate and raise the bar with NFL 2017 packaging. As Bud Light had begun to build brand equity with the NFL team cans and grow their partnership as the Official Beer Sponsor of the NFL, the challenge was to unveil team cans that would unleash the passion in fans across America like never before. For fans hibernating since Super Bowl Fifty, these team cans would be the ultimate symbol of returning to glory. Think of the fans that paint themselves in team colors, chant the loudest, and own more team gear than you can imagine. Those super-fans are the ones we were after, and knew we had to keep raising the bar to keep their attention.” 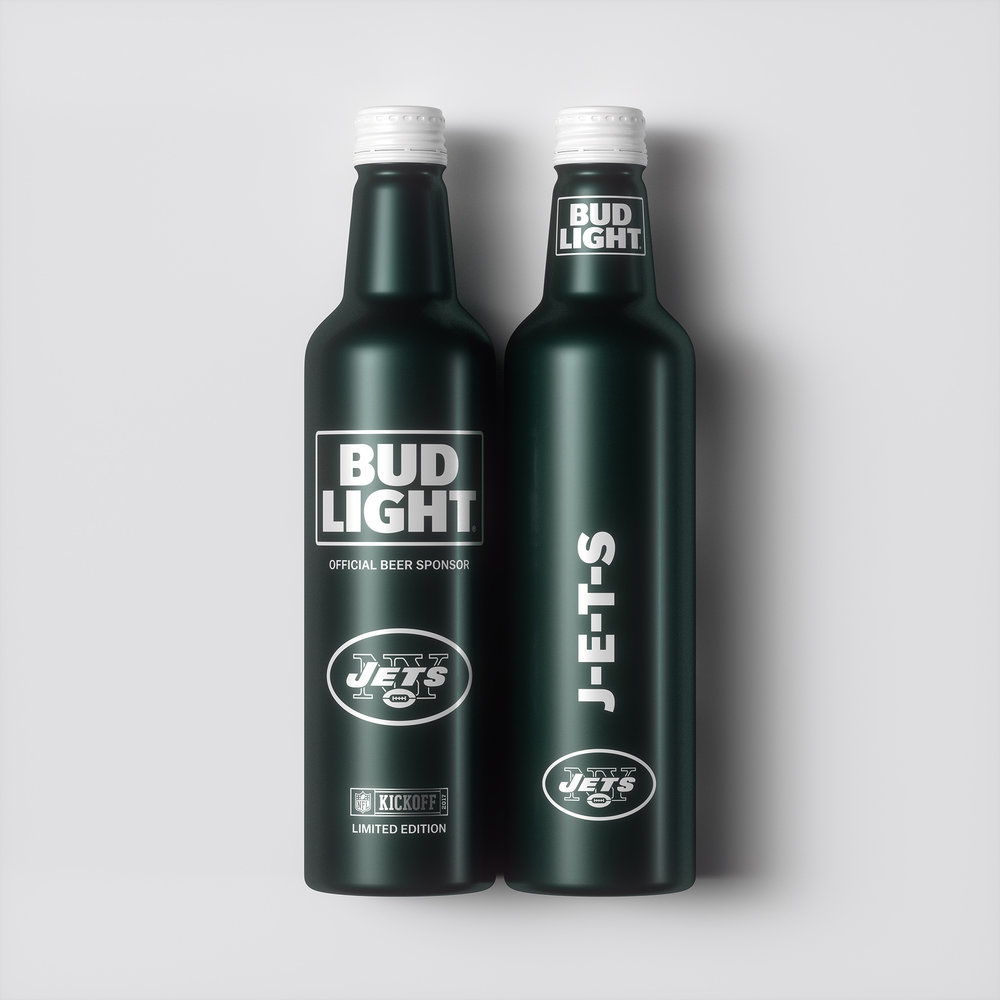 “The team cans were nothing new. Bud Light had been creating them for years, often an expected part of the yearly Bud Light lineup. Only with the new visual identity launch in 2015 however, was there a new set of tools to unleash the NFL packaging in all its glory. After raising the stakes in 2016, we were ready to lean in to the new and exciting challenge to make this year’s team cans the ultimate badge of fandom.” 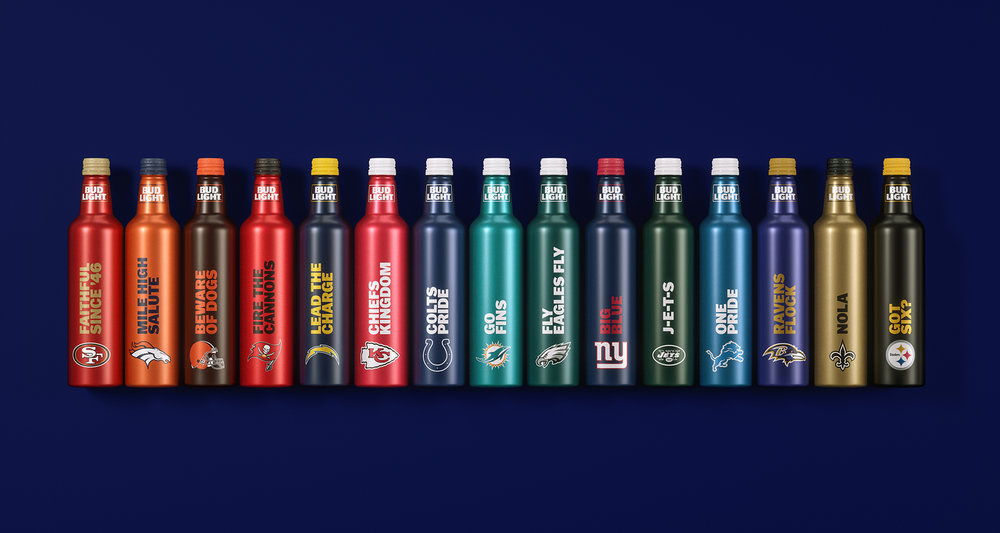 “Leveraging our Core brand assets, we decided to take a Limited-Edition approach with minimal Bud Light branding aside from the racetrack logo front and center. This left the rest of the can blank to be used as a canvas for each team’s colors and logos that would shine through and take the forefront. For this year’s packaging, we decided to push the envelope even further and put team-specific rally cries, giving fans another reason to raise a can and cheers to their favorite team.

Each team’s rally cry went through extensive NFL league and team approvals to land on the line that felt true and authentic to the team and fans. The results were tailored and relevant taglines—from ‘Mile High Salute’ to ‘Forever Faithful’—that spoke to loyal fans and made the cans a one-of-a-kind collector’s item.” 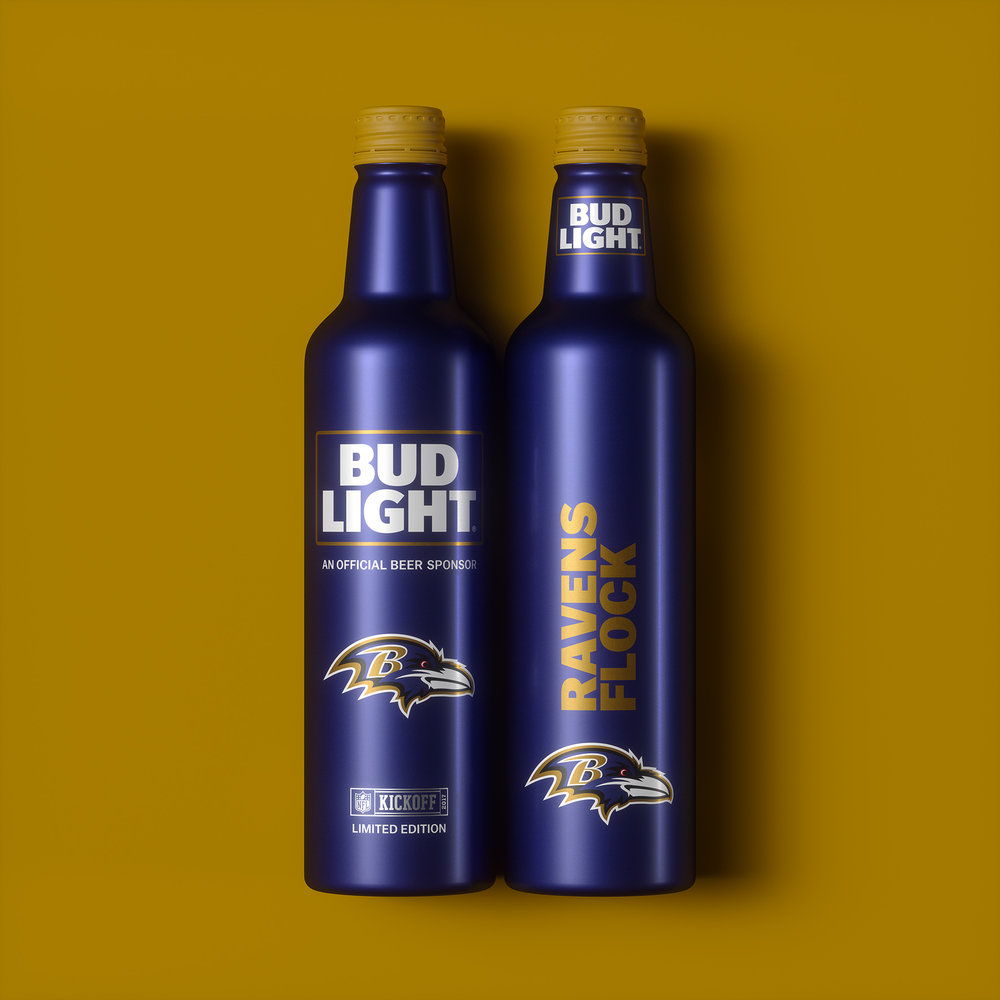 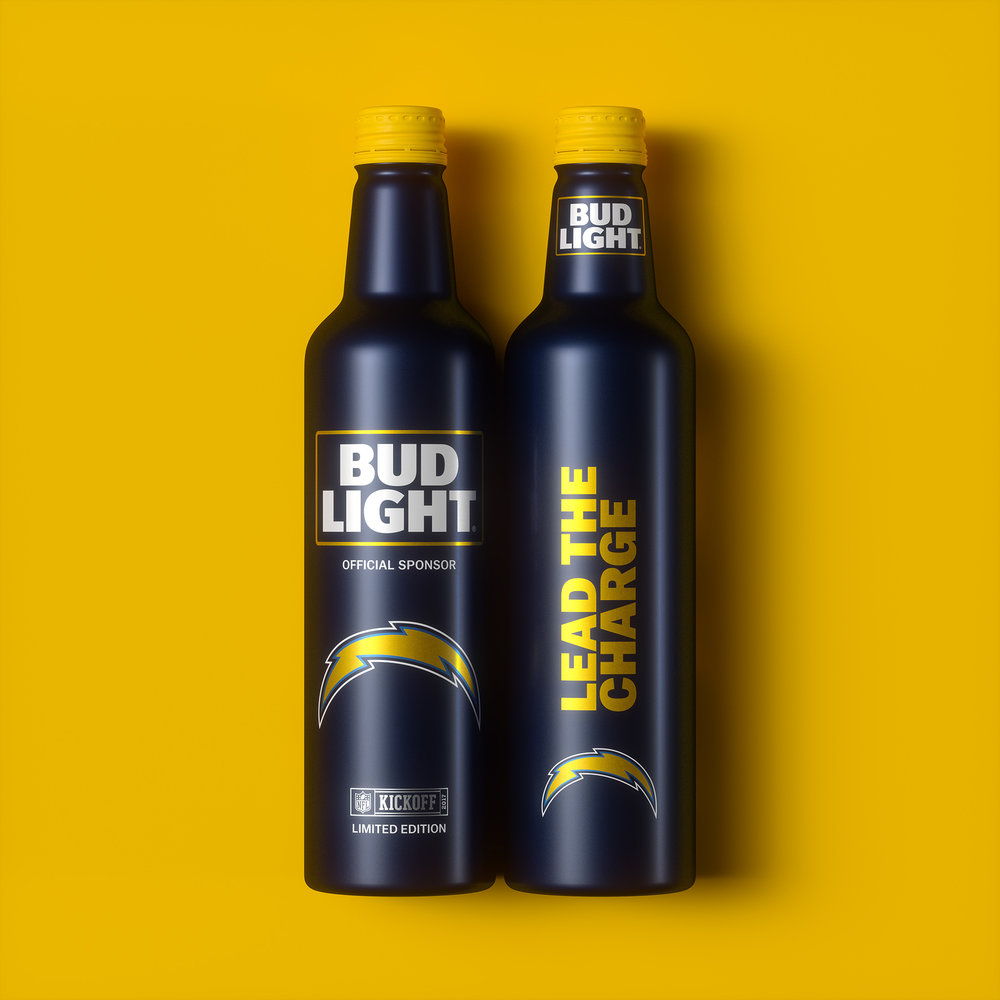 “One thing we kept in mind throughout was how to elevate this platform to speak people first—in this case the fans—and brand second—Bud Light and the equity it has built. As we know how recognizable the Bud Light wordmark and racetrack is among consumers, we had the opportunity to strip away the layers that speak of our brewing credentials and offer this real estate to another big brand (the NFL) whose very fans enjoy drinking Bud Light.

We also did not want to forget what Bud Light is all about: Friendship. A brand which brings people together to have fun. Best enjoyed in a pair, with smooth and crisp drinkability, One of the ways we brought the idea of friendship to life was by showing Bud Lights as a two-up lineup, thus hero-ing the team’s logo and tagline.” 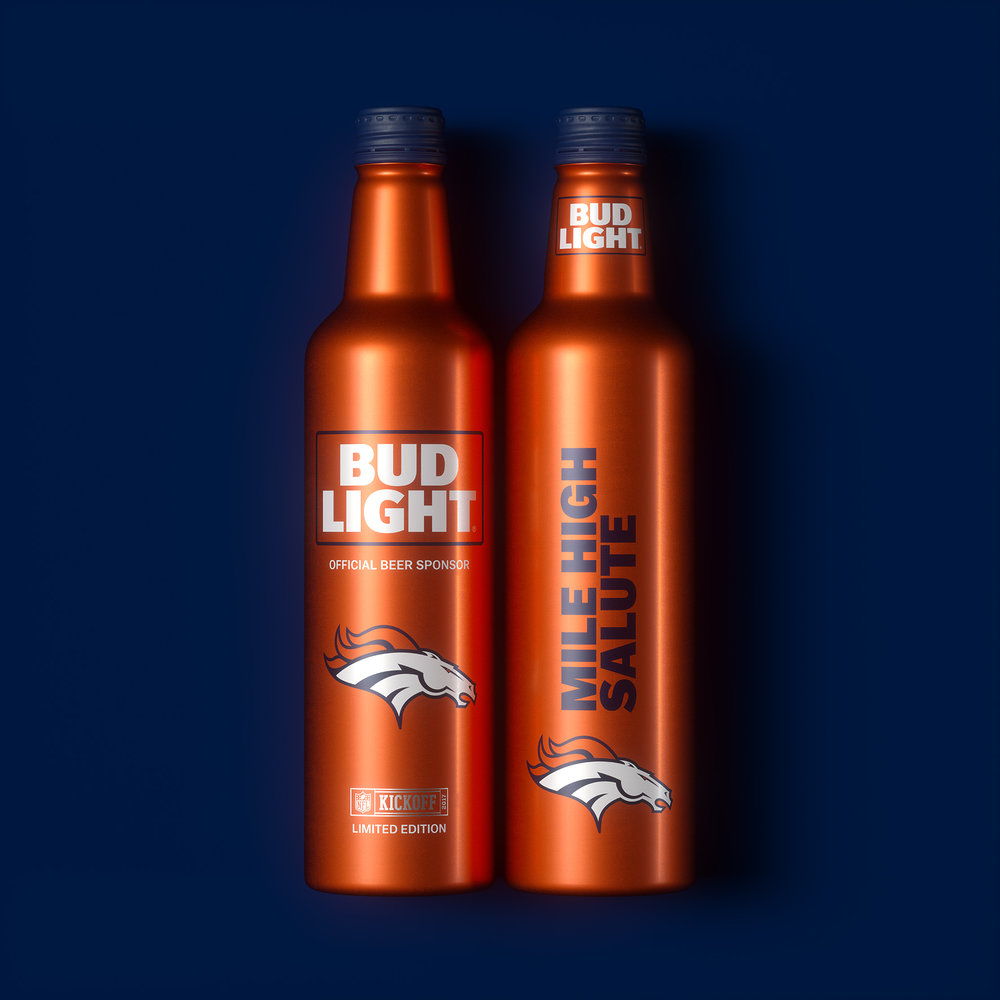 “Targeting the die-hard NFL fans and current Bud Light drinkers (LDA 21+), the 2017 team cans were distributed in-stadium, on-shelf at supermarkets and in fridges across convenient stores nationwide, as well as being a collector’s item on eBay. The campaign has appeared in publications including Forbes, Golf Digest and PR Newswire.” 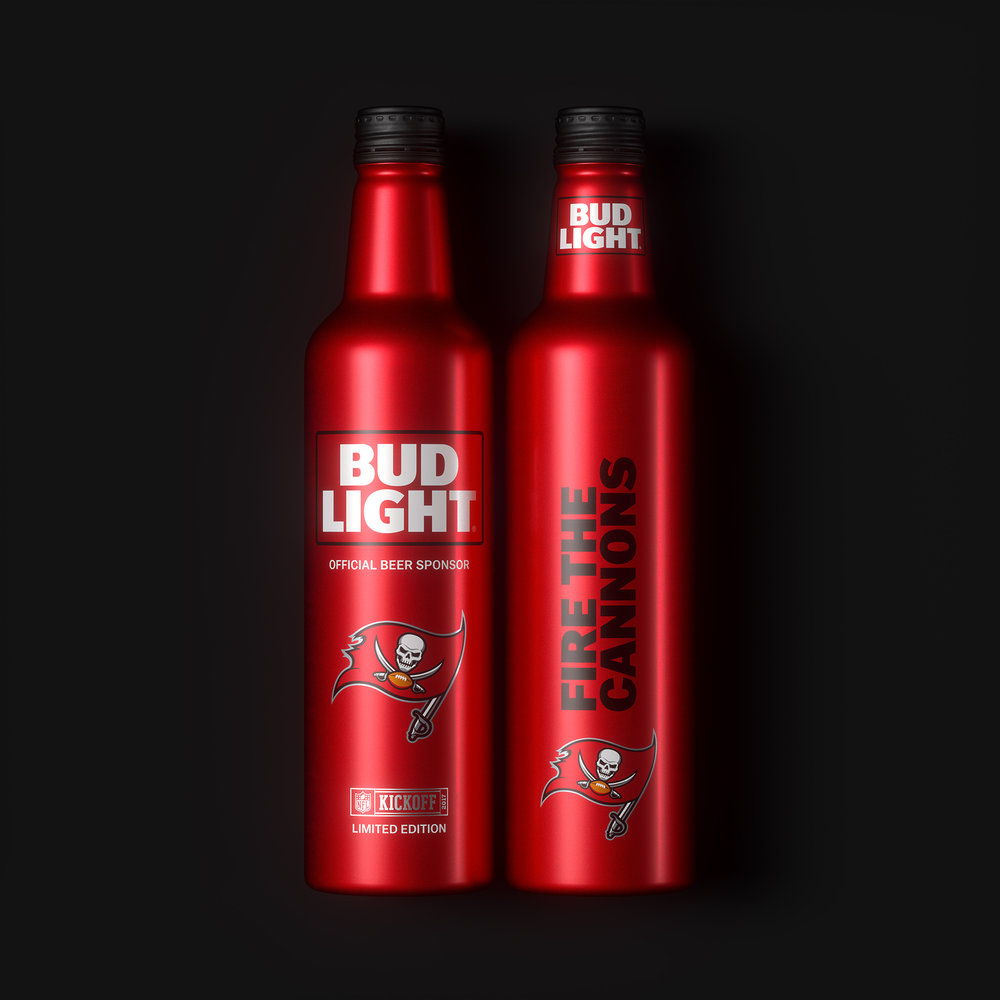