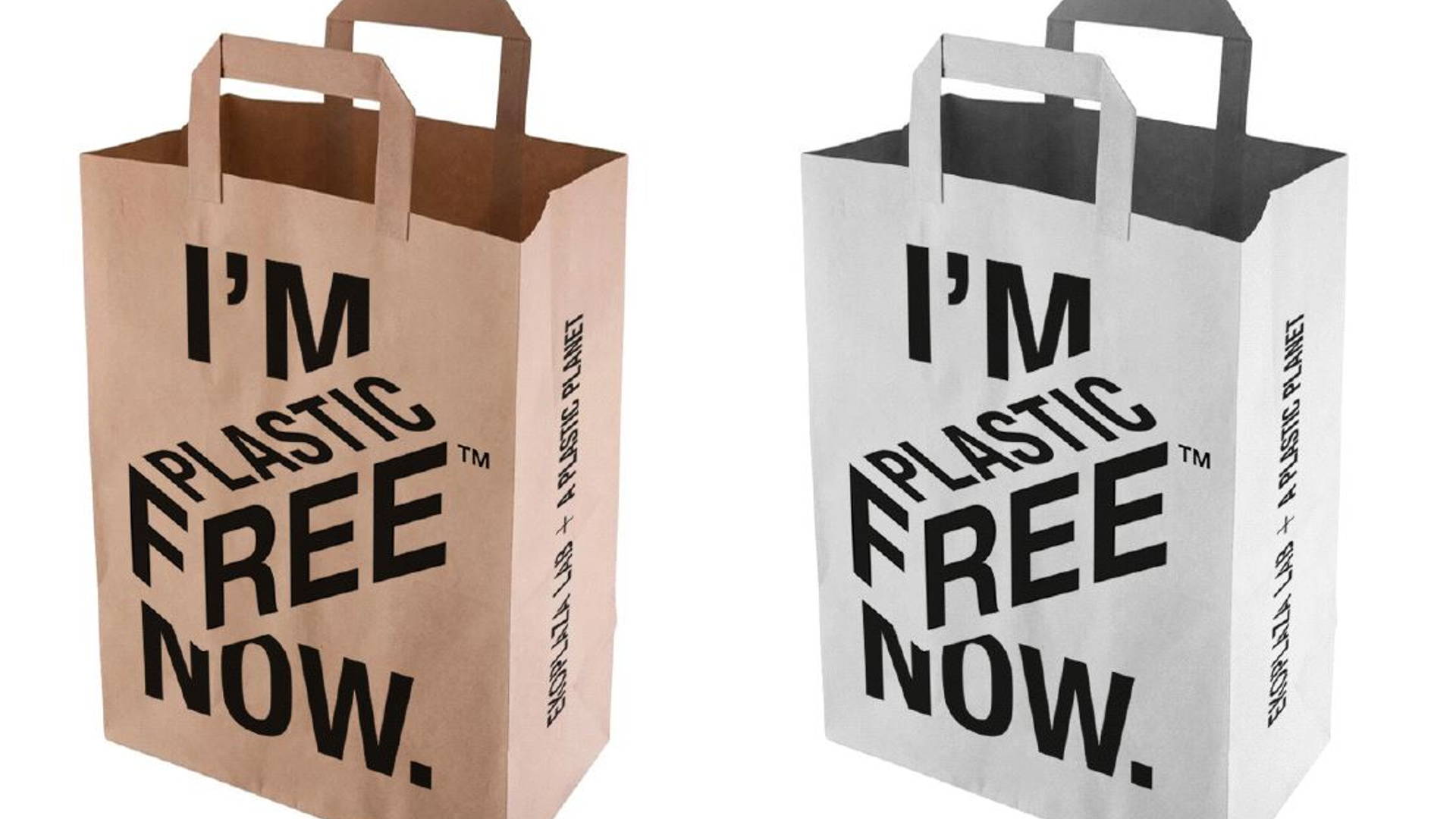 Plastics. Can’t live with em’, can’t live without em’ for at least 450 years while they decompose.While plastic isn’t going anywhere anytime soon, we could all certainly do out part to use a lot less of the stuff and environmental campaign group A Plastic Planet has made that just a little bit easier.Teaming up with London design studio Made Thought, A Plastic Planet has launched the world’s first plastic-free aisle. Opened today in progressive grocer Ekoplaza’s Amsterdam location, the aisle will have more than 700 plastic-free products available for purchase. Considering there’s an aisle for gluten-free and soy-free products, it only makes sense that a grocery store would push eco-friendly packaging for some of their more conscientious consumers.

In addition to the newly-minted aisle at the grocery store, Made Thought has designed a special plastic-free logo to help shoppers identify which packaging has been manufactured and produced entirely free of plastics. It’s a logo that could potentially become as ubiquitous as Gary Anderson’s universal recycling symbol from 1970.

A Plastic Planet’s message of reducing wasteful packaging is one that’s clearly gaining momentum in the UK and abroad. With today's  launch of the plastic-free aisle and plastic-free mark, they’re planning on opening another aisle this June in The Hague and by the end of the year, the plastic-free aisle will have made its way to all 74 Ekoplaza locations.What’s more, Made Thought’s plastic-free visual identity is one that A Plastic Planet hopes to replicate in stores across the globe.In a press release, Made Thought founding partner Ben Parker said, “In taking on this challenging brief, we wanted to look beyond the overused lines about environmentalism and altruism. The brief was all about fashioning a new way of looking at plastic and its place in modern life. It was about realizing an inspiring vision of the future that transcends the limited modes of thought that have gone before.”

"Design can never be truly progressive unless it changes behavior,” Parker added in the release. “Plastic Free Aisles offer a vision of the future that consumers can get on board with. They demonstrate that going plastic-free does not mean forsaking choice, convenience or quality. Instead, going plastic-free enhances all those things.”"The world's first Plastic Free Aisle and Plastic Free Mark are the embodiment of design that changes behavior for the good of the planet we will leave to generations to come,"Sian Sutherland, Co-Founder of A Plastic Planet, said in the same release.To find out more about the campaign for a Plastic-Free Aisle, visit aplasticplanet.com

Can We Battle Childhood Obesity with New Packaging and Branding Regulations?

Is Your Label F#%$ing Trash?