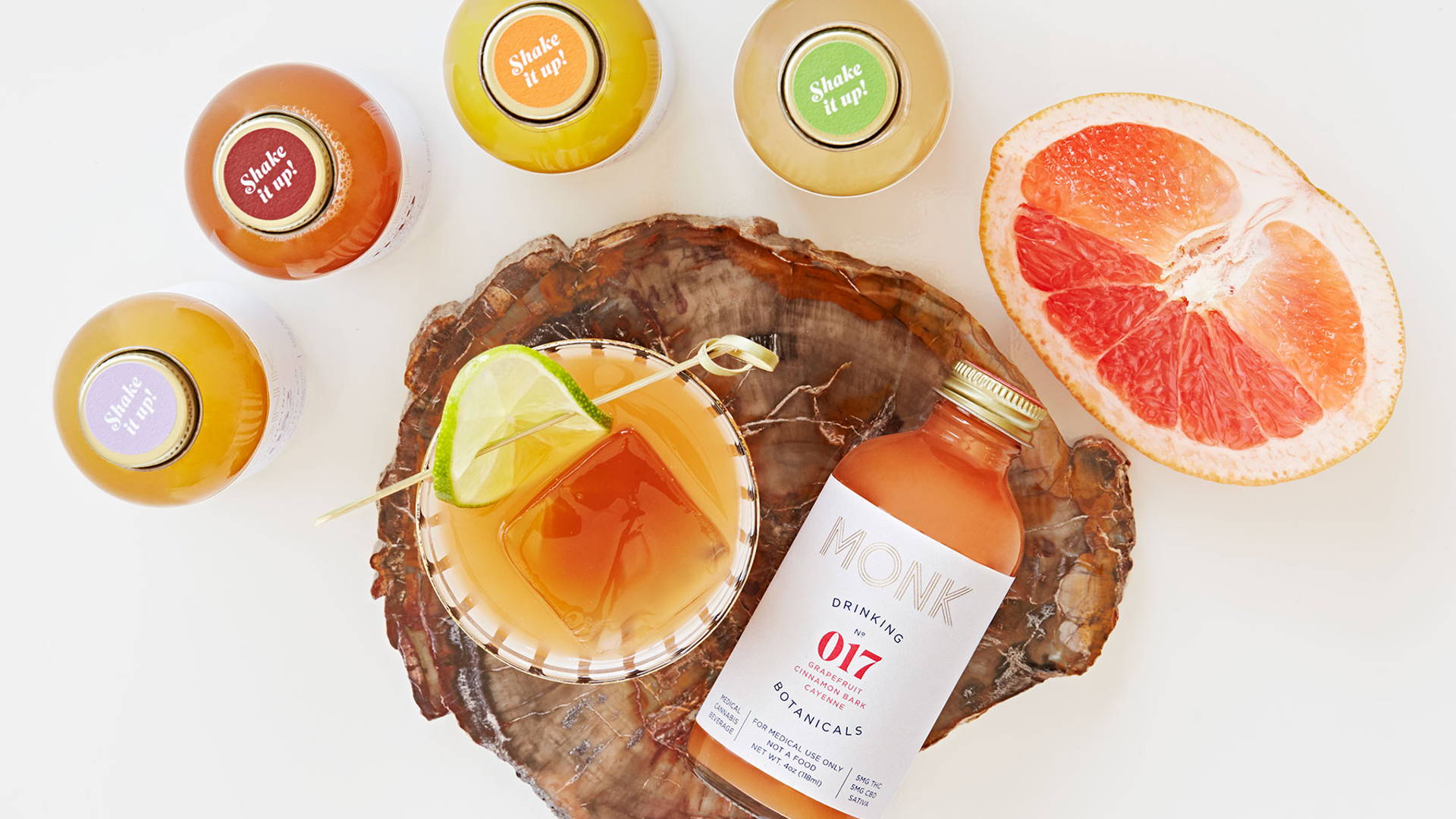 How Monk Provisions Brought Their Drinking Botanicals to Life (Part 2)

We’ve all got that one friend who has a genius idea for a brand new business every five minutes, but taking that snapshot and transforming it into a successful company is what separates the true-blue entrepreneurs from the armchair CEOs.

We spoke with Monk Provisions’ founders Melanie McGraw and Aaron Burke about the nitty-gritty details of running your own company— because it’s one thing to have a great idea for a business, it’s another entirely to execute that idea successfully.

(This is the second in a 2-part series. You can read the first part here.)

How did you spread the word about MONK when you were just starting out?

Monk Provisions: So much of it was word of mouth. People were so excited about the brand and the product it, they were somewhat evangelical about singing its praises and sharing the MONK love by bringing a box to a party or sharing MONK with friends. And actually, this has not changed, even with expansion.

This phenomenon extended to the press as well. In those early days, publications would write about MONK and then let us know after the fact. Not long after we launched and were only in about 10 dispensaries in the Los Angeles area, we received an email from Mish Barber-Way. She emailed to let us know that she had included MONK in her cannabis column in the March 2017 issue of Penthouse because she was a huge fan of and in love with our products. This type of thing happened on numerous occasions and the word kept on spreading.

If you could go back and do anything differently in this process, what would you want to change?

Monk Provisions: It’s hard to say because we are where we are based on where we’ve been and what we’ve learned along the way. But ideally, with a super limited budget, we would have done more ideation work and gotten clearer with regard to the brand concept before approaching a design firm.

Design costs are real, and they’re well-earned. It may be some of the best money you’ll ever spend. But when you’re strapped for cash, no matter how worth it the investment is, it’s stressful. And yet, there are no regrets because frankly, we may not have gotten to where we are without those early hiccups. And we certainly would not have developed such a sophisticated and world-class visual vocabulary and set of assets if we had done it on the cheap in-house instead of working with Brian Scott. Today, people are still blown away by the brand and the brand identity. We will forever be grateful to Boon Design for getting us there.

What was your biggest expense in founding MONK? What ended up being way more affordable than you’d imagined?

Monk Provisions: Biggest expense? Design costs, for sure, and packaging. And then legal fees associated with company organizing documents, stock option agreements, and so forth.

On the other end of things, we were gifted a photo shoot from close friends who run a commercial photography studio. This was a huge value.

Are you worried about Jeff Sessions and the DOJ cracking down on recreational and medical cannabis?

Monk Provisions: We’re no strangers to the ever-changing regulatory landscape of this industry. We’ve navigated it for over a decade, long before the Cole Memo was in existence and during a time when there were far fewer states with legal/medical cannabis markets. Fighting the rapidly growing cannabis market in regulated state markets will continue to be a losing battle and few states will stand for interference. That said, we are constantly and closely watching what’s happening at a federal, state, and local level, as well as working with our attorneys to ensure the protection of company assets.

That said, the best way to prevent federal interference is to ensure absolute compliance—general business compliance, tax compliance, and local/state cannabis law compliance. We take compliance very seriously and have from the beginning. Prior to founding MONK, we had designed, developed, permitted, trained, and supported implementation for more state-compliant operating models in the cannabis industry than anyone else in the country. Over the course of seven years, we helped investment groups navigate the complex business climate resulting from inconsistent federal policies and state regulatory frameworks within the cannabis industry. Navigating the complications of this relatively new industry is just par for the course.

Did you make any big mistakes during the first few years you were in business? If yes, can you share one or two?

Monk Provisions: We moved forward with design work on a brand name that ultimately we couldn’t trademark. We should have started talking with trademark attorneys before talking with a design firm. In the end, it wasn’t a huge delay. But it definitely cost us money that we could have spent on other things.

What is your main advice to other entrepreneurs who would like to start their own company?

Monk Provisions: Frankly, all of the above.

Also, if you’re going to jump in the startup boat with someone, make sure you know the ins and outs of your values, your work ethics, your working styles, your strengths and weaknesses, and so forth. We worked together in the trenches with our consulting work for almost four years before starting MONK. That meant intensely stressful periods where sleep became a luxury, and yet we were always right there together, equally committed to the work and supporting each other.

The idea for launching MONK was born out of our working relationship, our absolute trust in each other, and our clear alignment of values. Three years later, we are just as thrilled and grateful to be working together as we were when we started. We are very different people with different strengths and backgrounds, and yet we are completely aligned with our values and work ethic.

This has been the perfect combination and recipe for success because together we are greater than the sum of our parts.

What’s in store for the future of MONK?

Monk Provisions: In 2018, MONK will significantly expand the Drinking Botanicals line through expanded distribution channels and partnerships, and we’ll launch a minimum of three new product lines which we are incredibly excited about.

We are so excited to now be working with the PR firm Prismatics so we can increase exposure to Monk. Plus, we’re launching a new brand! We will keep you posted!

Muse + Metta Is Serving Up Flavor With Beautiful Minimalistic Packaging