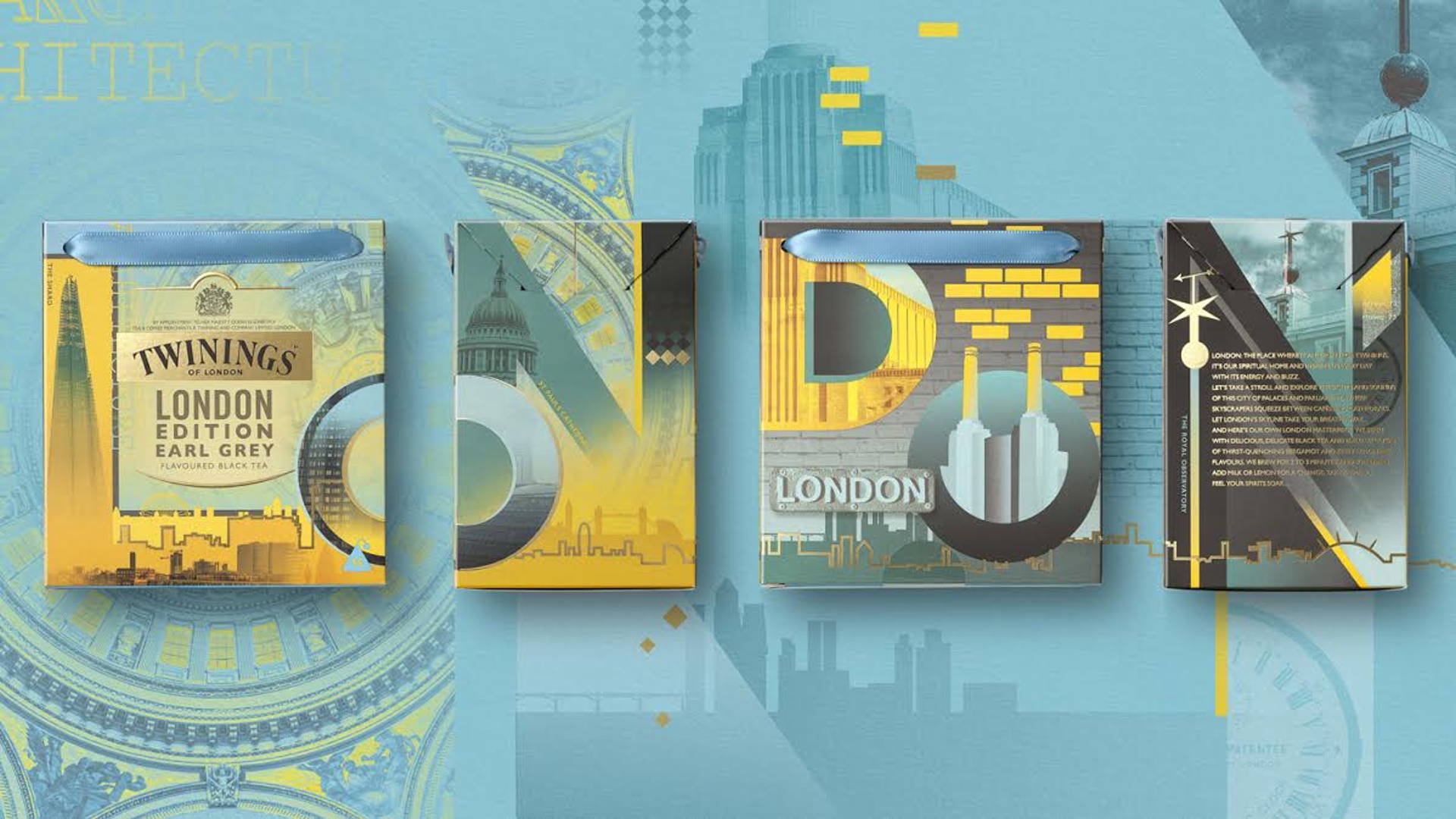 Modernity can be a hard thing to embrace, especially if you've been in business since 1706.

Twinings, the UK’s most infamous tea-pusher, looked to BrandOpus for help designing a special London edition package for some of their beloved brews. While Twinings was a longtime client of the firm, they wanted to try something that was contemporary while simultaneously being firmly rooted to where it all got started for them.

“London is the place where it all began for Twinings,” BrandOpus’s Chief Creative Officer Paul Taylor says. “To celebrate everything they love about their home, our biggest goal was to really capture the true reflection of London as it is today. London is at the cutting-edge - it’s always changing and pushing forward while being rooted in its own history and authenticity.”

“Our first round of research was about what London is best known for and from there we came up with four themes,” Paul says.  “Architecture, fashion, transport, and theatre. Within those themes, we delved deeper into what London has to offer and created a tiered system for each subject, from really well-known locations to little discoveries and quirky off-the-beaten-path type material. We then took our findings and created some visual concepts around the themes.”

The packages are chock-full of astounding London-centric details and architectural marvels. ”Much like London itself, each twist and turn reveals a hidden layer,” he says, “from the neon lights of Soho to a bustling Liverpool Street Station. The packs truly encapsulate the unique energy and buzz that allows London to be an eternal source of inspiration to so many. "

Of course, BrandOpus didn’t want to rely on a lot of the stereotypical images frequently associated with London - they wanted to create a feeling. “When people design for London they often evoke things like phone booths, double-decker buses, or Big Ben,” Paul says. “The Twinings London Edition pack creates a sense of atmosphere, making you feel like you are not just seeing London, but experiencing its energy. It's not just the iconic dome of St. Paul’s Cathedral, it's the awe-inspiring ceiling that conjures a sense of wonder and excitement when looking up. It’s the well-worn wooden benches of the globe theatre. Our design evokes what it's like to be in London and actually experience everything it has to offer.

To house this intricately detailed package, BrandOpus created a special gift bag adorned with gold lettering targeted at both tourists and Londoners. “During the early concept stages,” Paul says, “we played around with different structures including boxes that opened like a book or one that unwrapped as if it were a map of London. However, London is a world-class shopping destination and we decided to make the packs a gift-worthy shopping experience. We toyed around with different structures that included tins and wrapping paper but in the end, we decided to turn the pack itself into the gift. When the pack is on the shelf, the ribbon is neatly tucked away, but when you pick it up it becomes a special Twinings shopping bag.”

For a design 2 years in the making, it was well worth the wait as the package envisions the ultimate walking tour of London which doesn’t require firing up your fit bit to get your steps in. “Whether you live in London or are just visiting,” Paul adds, “London is challenging and rewarding in equal measure. Just like walking down the street, the package takes you on a visual journey and hints at the originality that makes London unlike any other city in the world.”