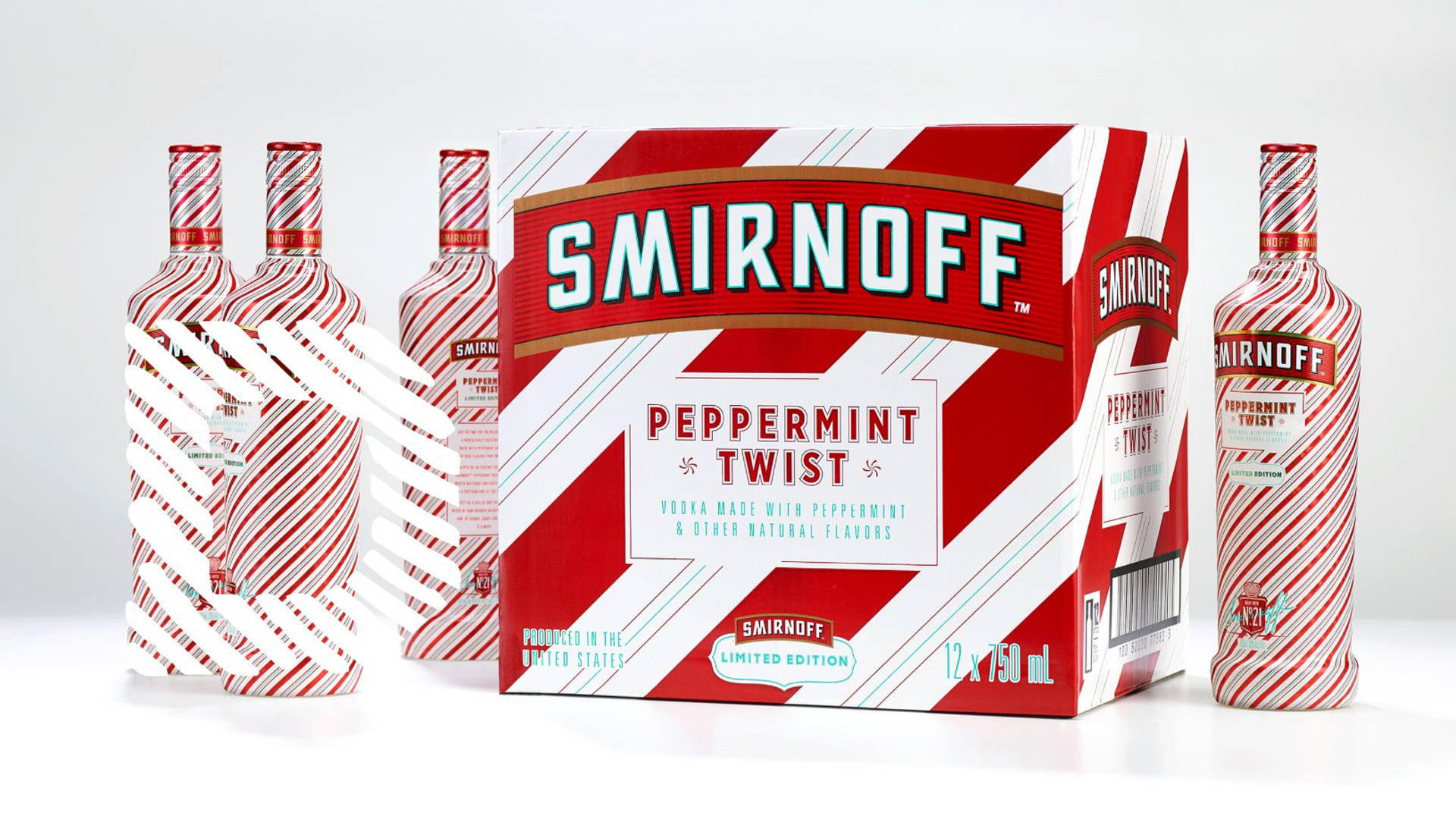 Everyone knows the feeling of receiving an impersonal Christmas gift. And like gift giving, seasonal branding lands better when done thoughtfully. The hollow gesture wrapped in cheap Christmas paper will not be remembered – just as the touching and timeless gifts are never forgotten.

For as long as brands have been around, they’ve tried in some way or another to appropriate Christmas cheer along with the willingness to spend. Before the iconic Coca-Cola campaigns of the 1930s, Santa was a thinner, more pope-like version of himself (more like Sinterklaas). Legend has it that Santa Clause received a red, white and jolly makeover to align with the Coca-Cola’s look.

Could Coca-Cola have done more? Perhaps. They may have set the new tone of Christmas, but other brands have overtaken. 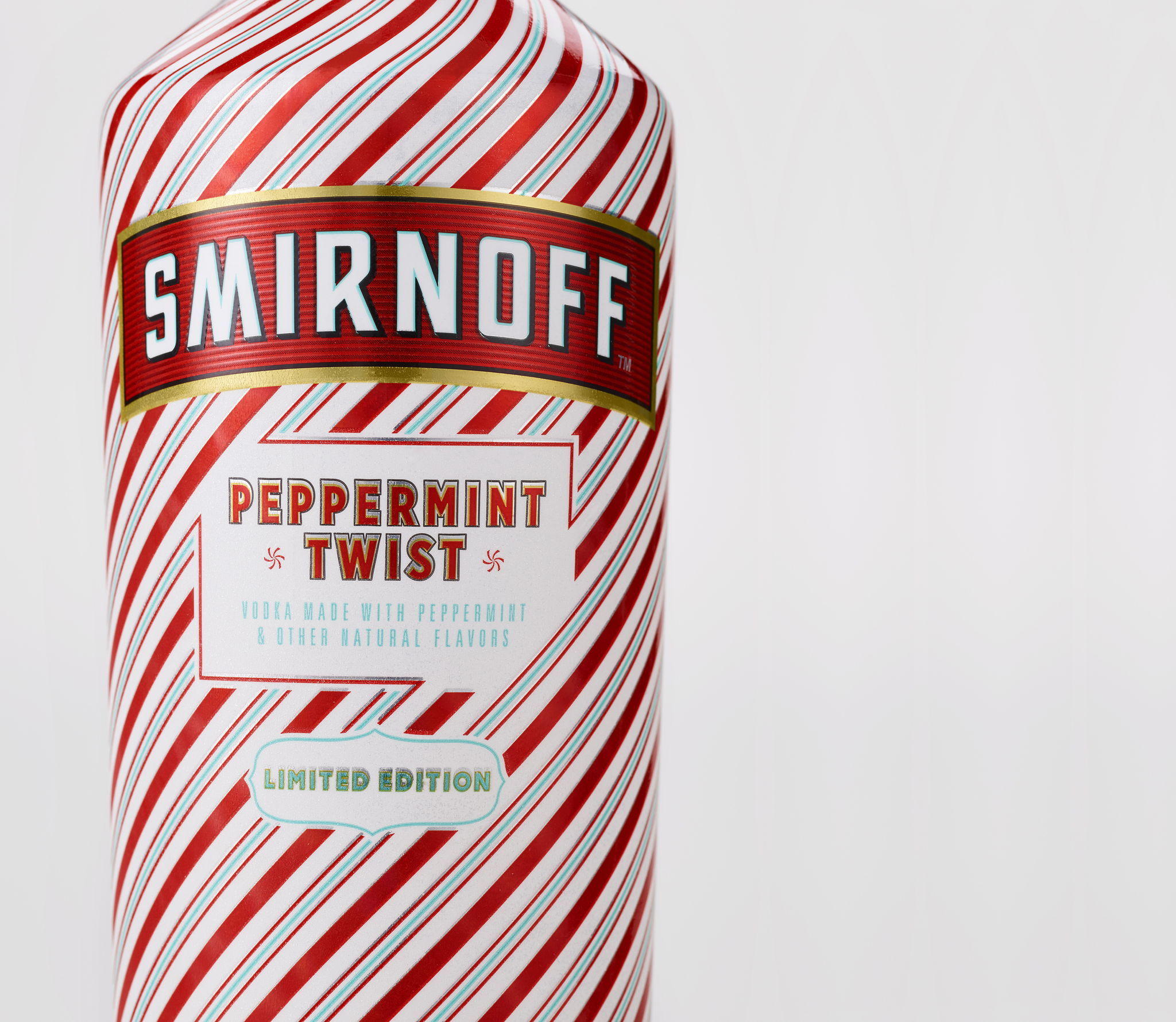 We all know and secretly love Christmas clichés: trees, candy canes, snow and reindeers. Brands that win don’t just wrap themselves cheaply in these clichés. They use them to amplify what they stand for the rest of the year, and if done cleverly, it elicits a deep sense of nostalgia.

A standout example is Smirnoff’s Peppermint Twist. Inspired by the colors and peppermint flavor associated with the festive winter season, the bottle is wrapped in red and white stripes with a twist of cool peppermint green.

They were bold, brave and impossible to miss. They not only became bestsellers, but they also became Smirnoff’s most shared social media posts to date.

In the Netherlands, breakout chocolate brand Tony’s Chocolonely is well known for taking design risks to communicate their mission and flavor profiles. Each year, Tony’s wraps their bars in eye-catching festive designs but imbues them with Christmas flavor too. This year you can try Mulled Wine or Marzipan flavors.

If you’ve ever had a Tony’s Chocoloney bar, you’ll know everyone wants the biggest, chunkiest middle piece. Tony’s changes the shape of this coveted piece into a Christmas tree that doubles as an ornament for the tree. Most know it won’t make it that far, but it’s nothing taken away from the charm of the interaction.

If you've celebrated a British Christmas, then you understand the moment of pure delight when you find a coin in your Christmas pudding. Harvey Nichols cleverly repackaged their puddings as giant sixpences. Simple and utterly delightful, who could fail to be charmed by this?

Some brands create giftable versions of their own products, and it feels impersonal if it’s just the mere act of plastering Santa and his reindeers onto a biscuit box. Done well, however, and the results are glorious. 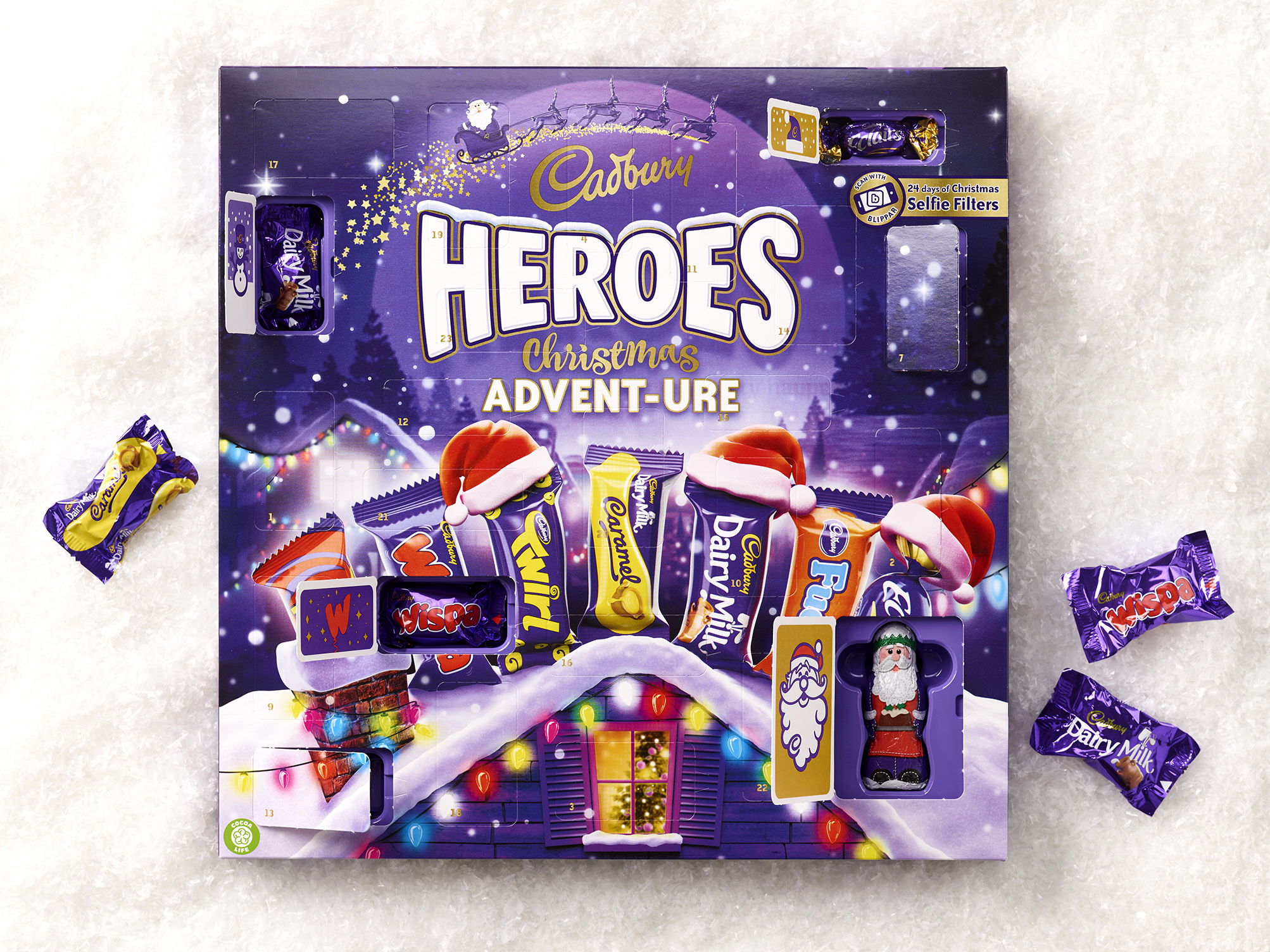 Take Liberty’s advent calendar as an example – they’ve taken the anticipation of daily unboxing to a new level. It speaks for itself that these calendars are usually sold out in minutes. Other retailers have launched their own: Asos, Jo Malone and The Body Shop, amongst others.

Another delicious example is Cadbury’s interactive ‘ad-venture’ app with festive filters. A joyful gift for the user that cleverly communicates what the brand is at its core. 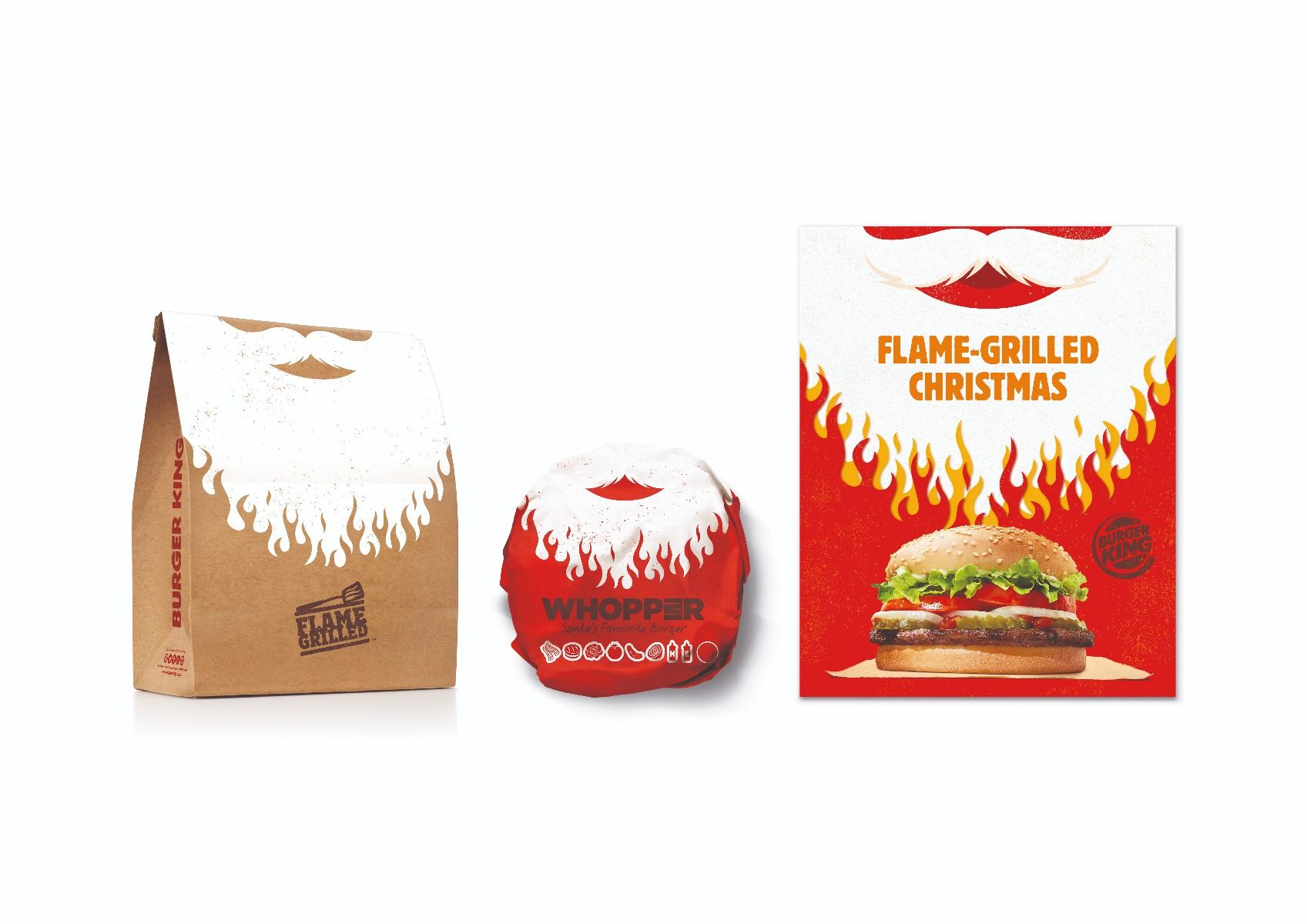 If high-end beauty products aren’t your idea of festive cheer, there’s no shortage of Christmas joy amongst the cheap and cheerful either. Burger King wrapped their Whoppers in bags designed to look just like Santa’s belly and beard. You can’t help but smile.

Remember this feeling if you're considering whether or not to ‘festify’ your brand. Brands should proceed with caution, and only if they can appropriate something that motivates them for the other ten months of the year.

Claire is the Executive Creative Director of Design Bridge New York, Amsterdam. She has been a driving force behind the creative growth of the Amsterdam studio, seeing them develop lasting relationship with international brands as well as acquire a wealth of international awards from Diamond Pentawards to Design Effectiveness and Best in show Creative Circle and Davey Awards. While with Saatchi & Saatchi Asia she was an integral part of making them Agency of the Year and in 2015 Design Bridge were ‘Most awarded agency’ at the D&AD and ‘Agency of the Year’ at the Pentawards. Smart and articulate, an avid pop culturist and collector of social ephemera, she has been likened to ‘a human magpie’ with an enthusiasm that is infectious. Her career has spanned numerous agencies, specialties and countries, including Singapore, Hong Kong, Sydney, the UK and US, working with both global and local brands, on projects that span both size and complexity. Despite so many years away from Britain she’s still considers herself ‘a northern lass’ at heart. In 2017, she was appointed Design Bridge Executive Creative Director of both Amsterdam and New York Studios. In 2018, she joined the board of ADCN.