Cold brew coffee has exploded in popularity in recent years. According to Mintel, US sales grew 137% between 2016 to 2017, to $38 million. It's also popular in the UK, where two-thirds of 18-24-year-olds say chilled coffee is an excellent alternative to sugary drinks.

The UK's Solo calls themselves “masters of one,”  in that they make one thing and seek to do it well - cold brew black coffee. Rather than work under the thumb of a supermarket or distributor, Solo decided to sell directly to consumers as 90% of coffee is consumed at work or home. By selling and shipping direct to consumers, Solo wants to save people time and money while also reducing the number of disposable cups used.

It’s also the UK’s first bag-in-box coffee with 15 servings. Solo’s cold brew goes through a filtration process and then vacuum sealed with nitrogen, which prevents oxidation and gives the Solo 3L box a 12-year shelf life.

The logo was designed by graphic artist Anthony Burrell, known for bold, straightforward design and upbeat messaging. Burrell’s aesthetic pairs well with Solo’s fantastic cold brew which is made to be enjoyed black, with no added sweeteners or cream.

Unlike the usual “coffee-to-go” totes you see from major coffee chains, which are typically just untreated cardboard with a single color logo printed on them, Solo’s 3L box makes use typography and high contrast black and white to project the brand’s singular focus.

“We wanted the brand to be representative of us, and we purposefully avoided the classic food and drink aesthetic,” says co-founder Theo Garcia. “We also wanted a box that had the same visual aesthetic as our tone of voice and the drink itself: bold, clear, and unwavering.”

Solo Coffee says that to get their 3-liter product off the ground, they need to do a minimum run of 5,000 liters, and they’re seeking £20,000 via crowdfunding on Kickstarter. After they’ve delivered the Solo boxes to backers, they plan on selling through Amazon, giving them the independence to market and sell their cold brew coffee on their own terms.

The Kickstarter is live and continues until January 6th, 2019. 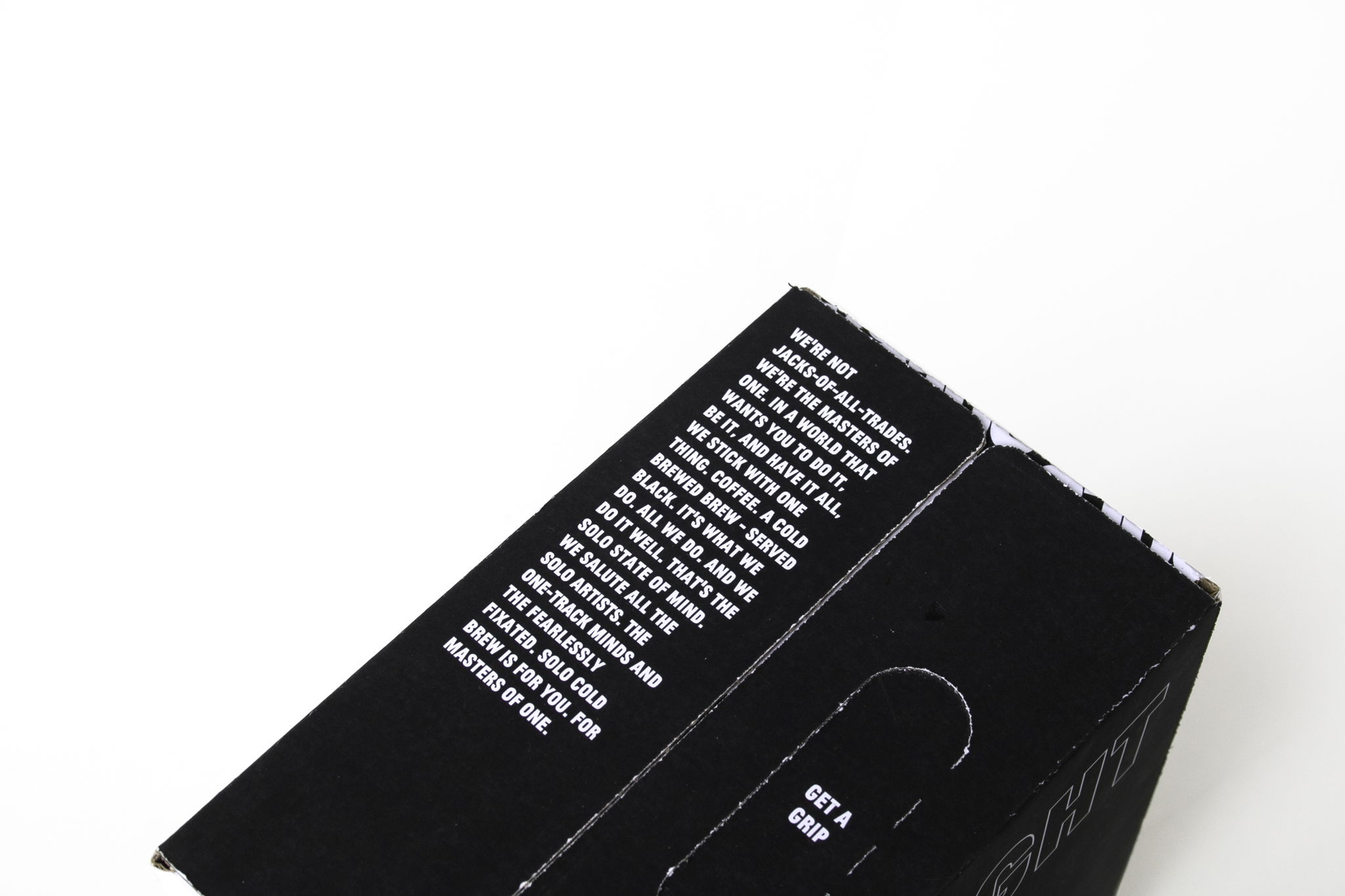 This is the Conference Every Packaging Designer Has Been Waiting For