This Band Released their Album on Spotify...on a Beer Can

Album releases today can feel pretty unexciting compared to a couple decades ago. It used to be an event to bring a vinyl record or CD home, plop belly down on your bed, and play through track after track. Now, artists drop their latest single or collection of songs, announce it on Instagram, and the tunes begin to circulate amongst the masses.

But what if that could change—what if a new album could feel like a memorable experience again?

Luckily, there’s a band out there doing just that. The Lights Out made news back in 2016 with their album T.R.I.P. (short for The Reckonings in Pandimensionality). It was a unique journey combining packaging, digital, and social media, as well as music and beer. The band approached Aeronaut Brewing Co. in Somerville, Massachusetts with a crazy idea: take their upcoming album, make a beer for it, and release the album on the packaging of the resulting Imperial Session IPA. All consumers had to do was tweet the hashtag printed on the can to start the journey. 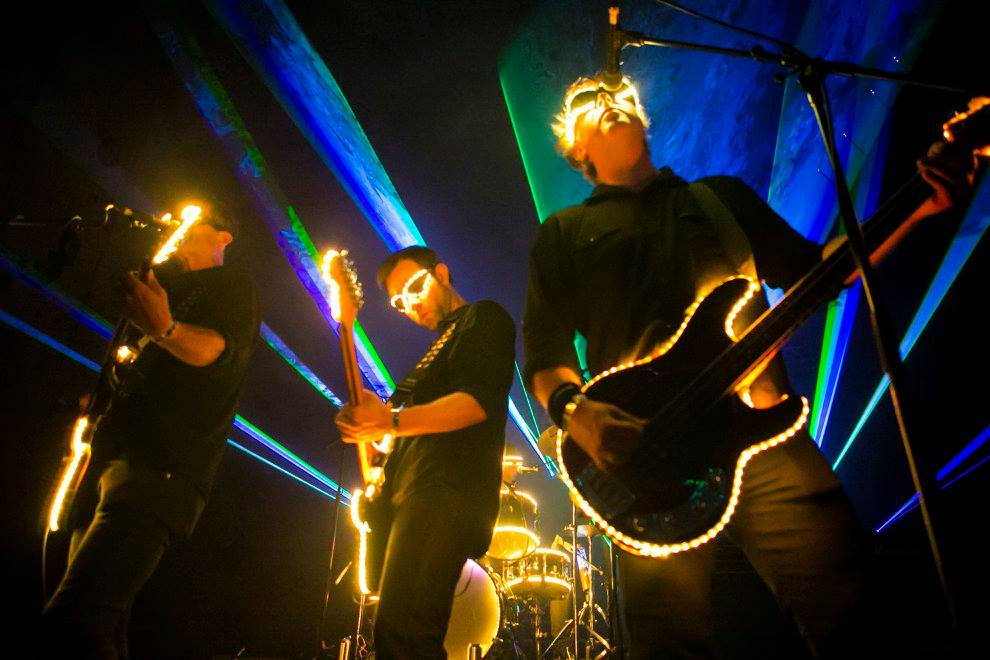 “We had turned our Twitter account into a digital album dispensing fortune cookie that would pull answers out of the database that we had written,” said lead guitarist Adam Ritchie, “and it would tell you what you were doing right now in the parallel universe, and also give you a link to the music.”

The arrangement was mutually beneficial. The Lights Out sold more T.R.I.P. albums than they would have without Aeronaut’s partnership, and this led to playing bigger and better venues. The brewery gained a new audience of indie rock band lovers. 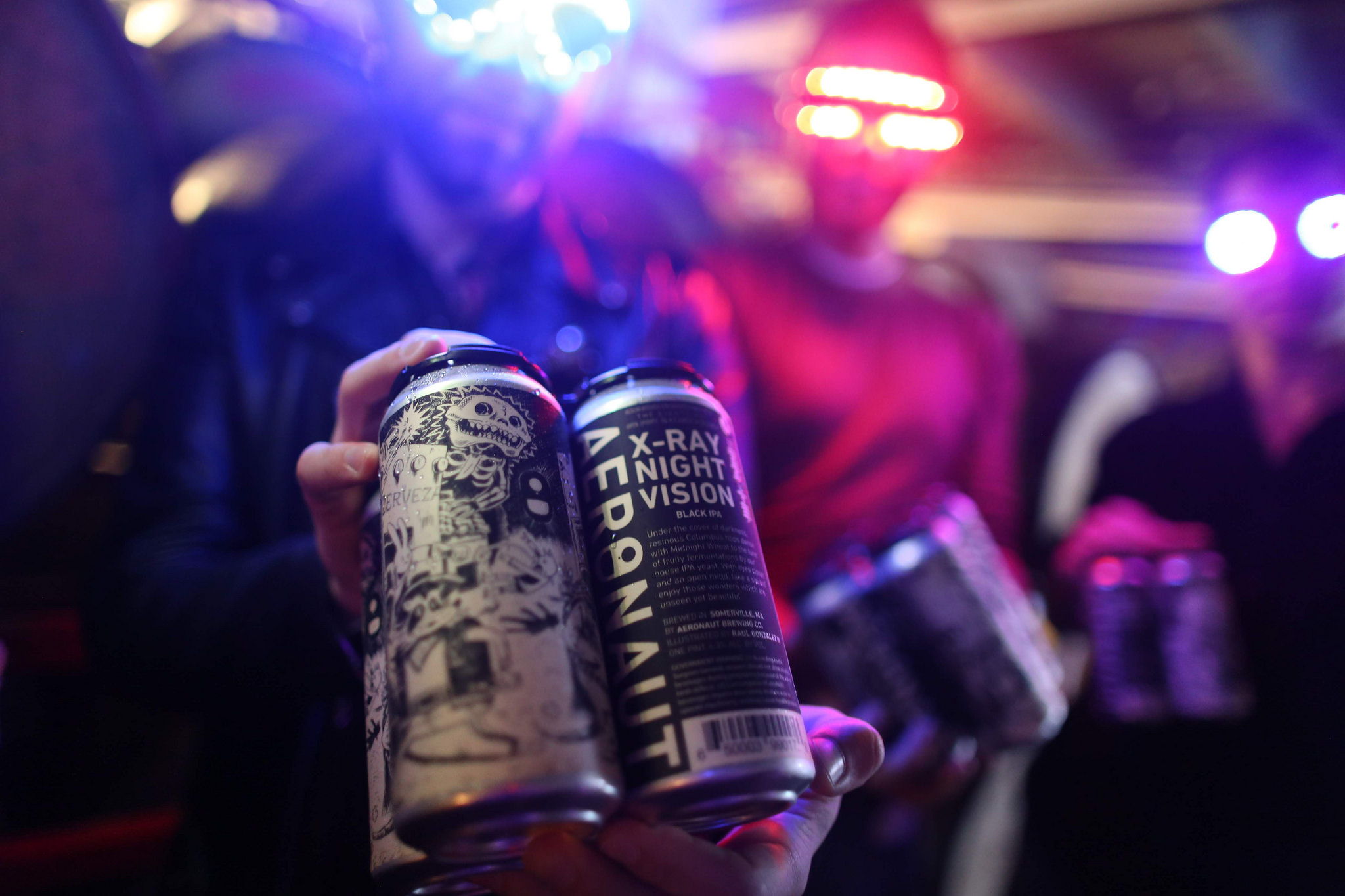 This time around, Aeronaut approached the band about teaming up again, and the timing worked out perfectly since The Lights Out had a rough cut of their new album, Night Vision. They handed it over to the brewery for beer development.

“We leave that up to them,” Adam mentioned. “We make the records, they make the beer. We trust each other to do what they do best, and have them brew whatever it inspires.”

For this album, Aeronaut crafted up a black IPA. The brewery hired the artist they have for their other artwork, Raul Gonzalez III, and it’s a scene of utter pandemonium: a rabbit punching a pig, a trash panda in a cowboy hat, an alligator firing a ray gun. 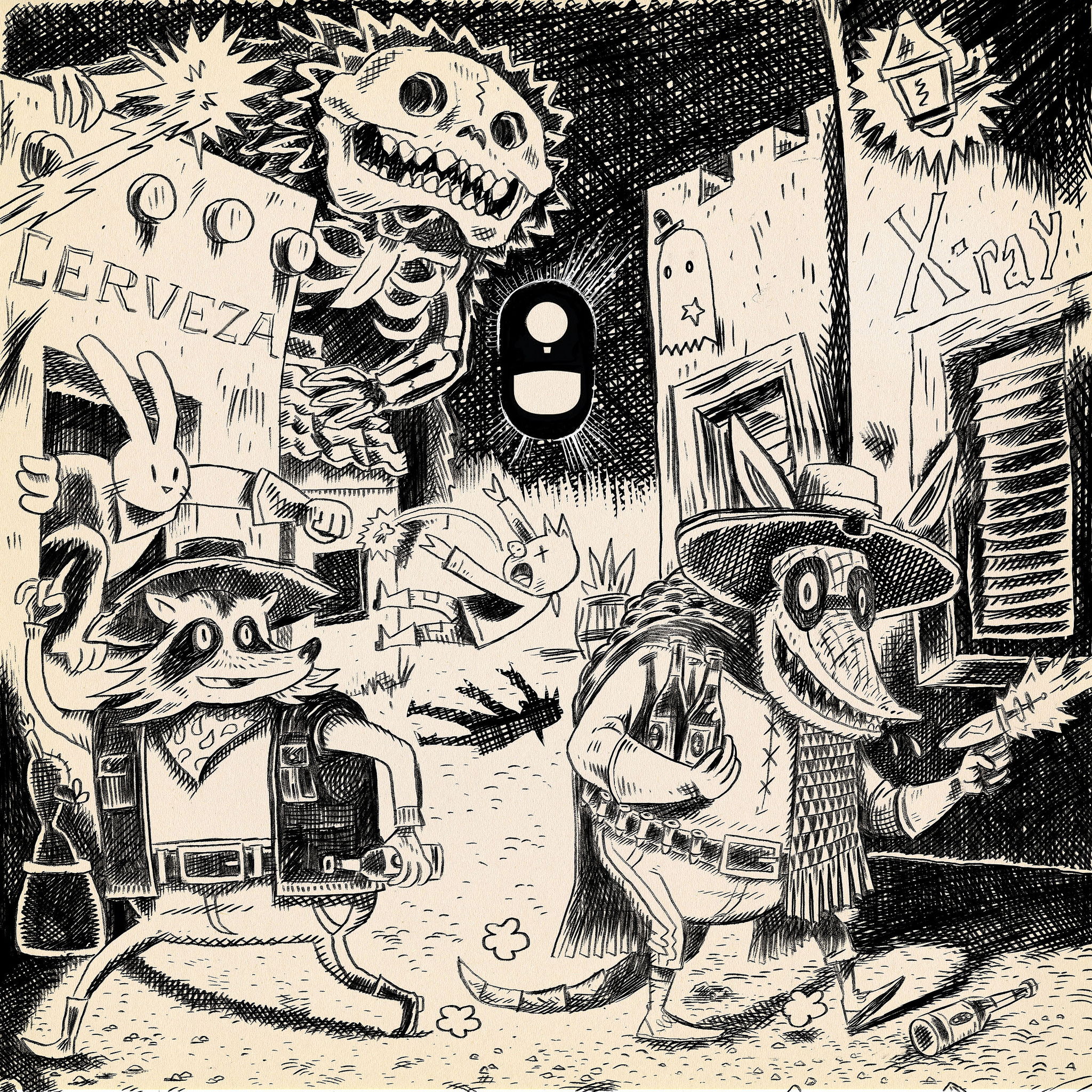 “We looked at that artwork and thought our song ‘Saturday Night Somewhere’ would be the right choice to open up the beer edition of this album because it felt like that too,” Adam said. “The beer artwork had an impact on the album track order for this edition, which it didn't have last time.”

The experience is a little different, too. Instead of Twitter, the album uses a code on the label which is scannable within Spotify (an app which the band felt more people would have on their phones), sending users directly to the music.

“We wanted to give people a more direct route to the music,” Adam explained. “When you release something, it's like throwing a coin into the ocean of the internet and hoping someone catches that coin before it sinks to the bottom. The more you can lead people and create that treasure map for them to find that product, the better off you're going to be.

What other bands have released music along with a beer? While there have been collaborations between breweries and musicians, Adam pointed out they’re usually larger breweries rather than craft ones, and the bands are typically legacy acts—think AC/DC, Iron Maiden, Megadeth. As of this article’s publication, The Lights Out appears to be the only band to release a new studio album through beer packaging. 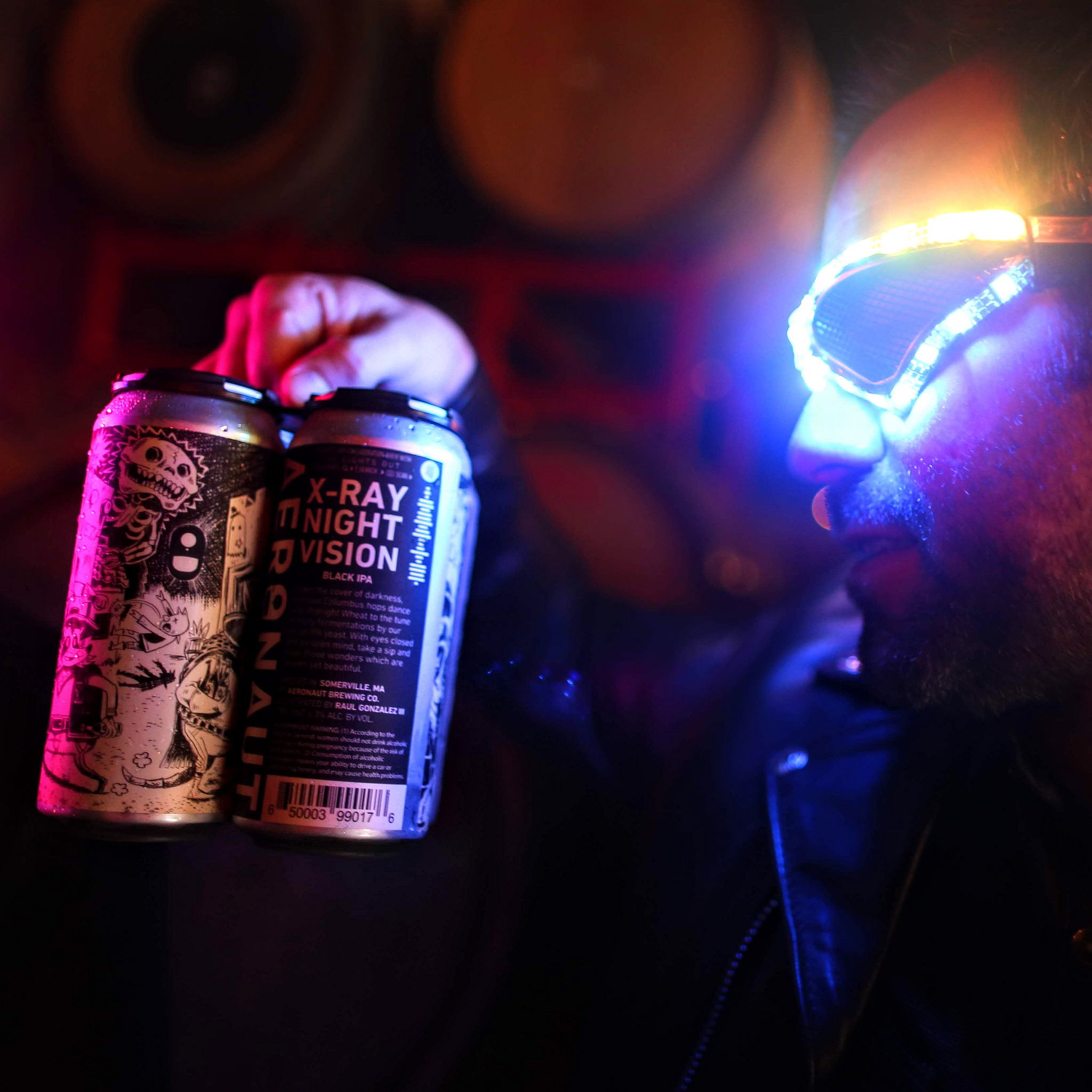 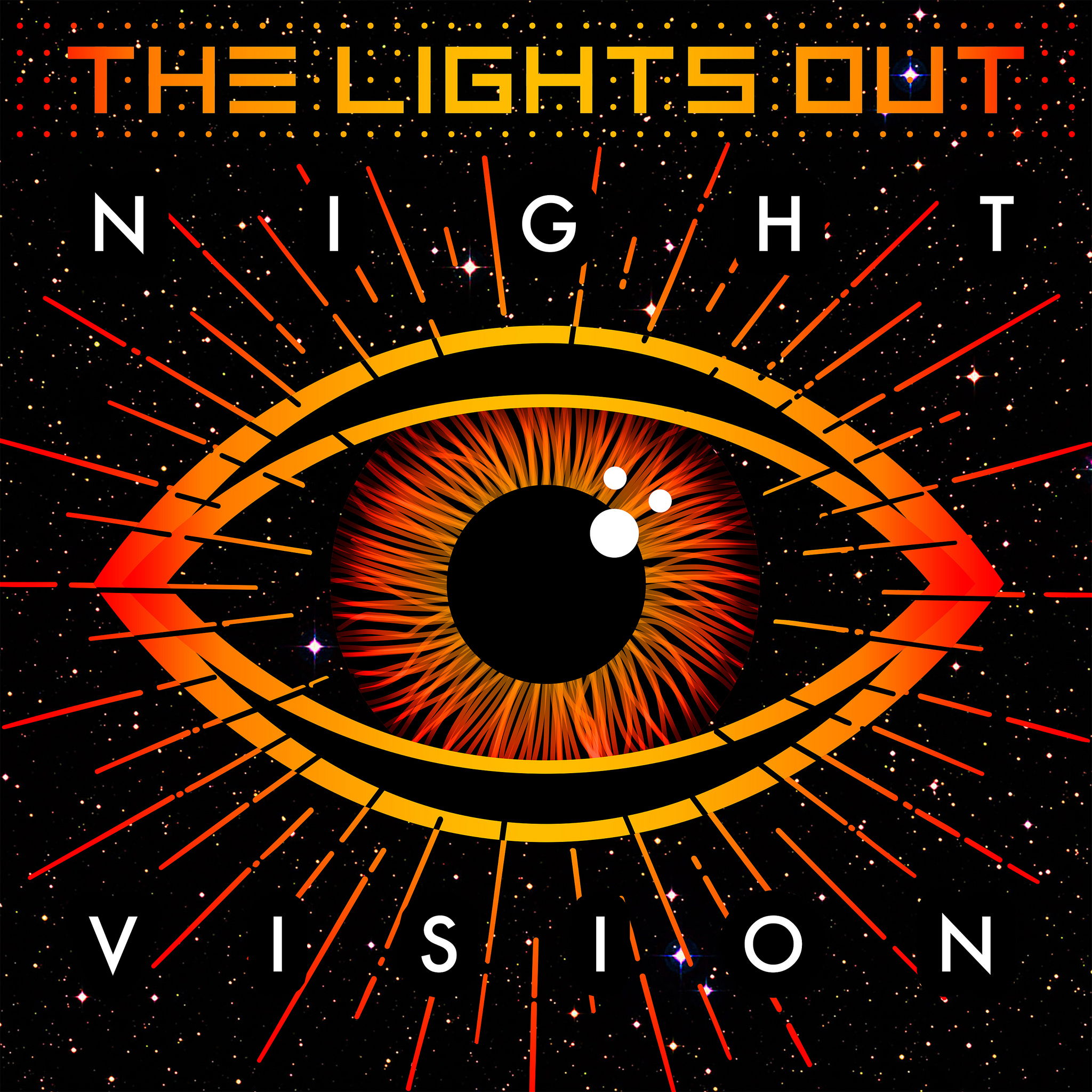 “I wonder why other collaborators aren’t taking advantage of this,” Adam added. “If you’re going to take the time to produce a product like this, it should serve some kind of mechanical function. I’d love to see more band and brewers approaching it this way because it’s a missed opportunity.

“The idea isn't just to get the band's brand out there; the idea is to get the music out there. It all goes back to what can we do for the music, right? Otherwise, it's just a branding exercise, and that's not as much fun.”

The band has plans for the future, too. Adam said he’d love to “follow prohibition through the ages,” and as things become legal—marijuana, for instance—he’d like to release albums on packaging for those products as well.

X-Ray Night Vision beer cans are starting to pop up in stores since early December. Adam expects there’s enough stock to last about a month and to check out Aeronaut Brewing or other stores which carry craft brews to score some. If you happen to be in the Boston area, they’re also debuting the album live on January 4, 2019, at Thunder Road (purchase tickets here). 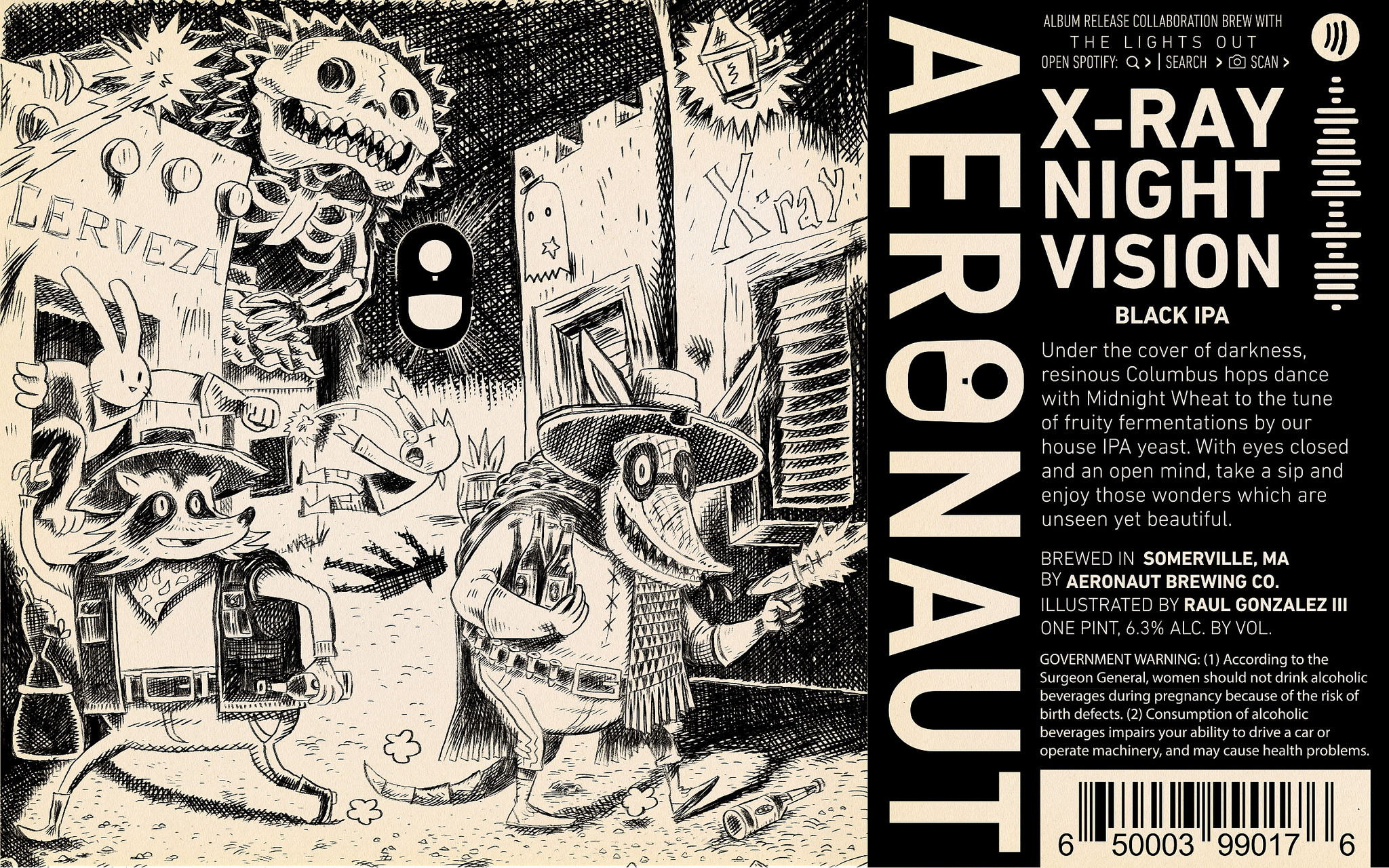 “When you listen to an album, a lot of the time you open up a beer, or when you open up a beer, a lot of time you'll throw on some music. We’re taking this thing that's been desensitized and digitized and coming up with a way to bring it back into our physical world that isn't a throwback thing like making a vinyl record but is more with the times,” Adam stated. “We’re using technology to solve a problem technology created.” 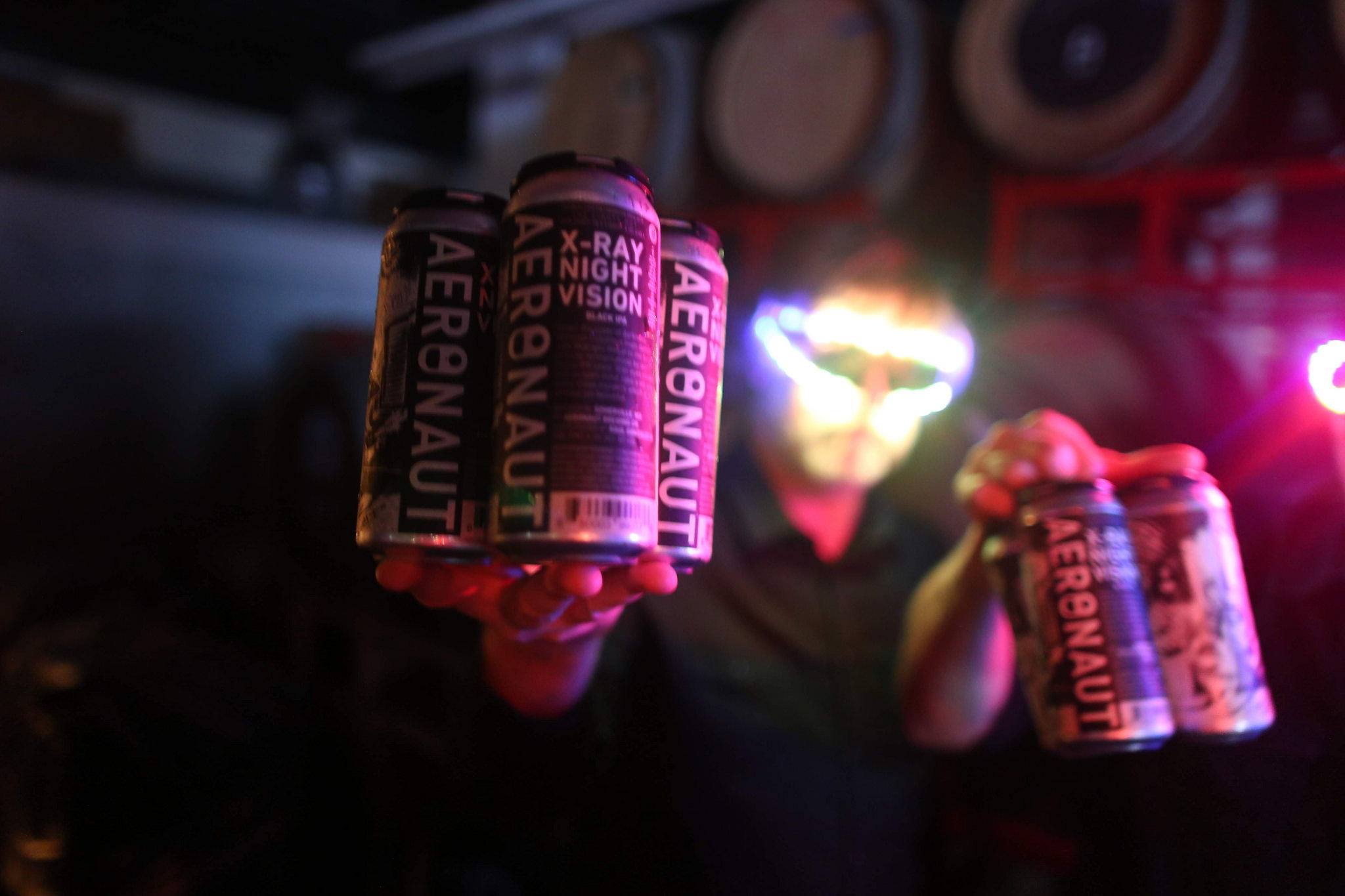