Could Adobe's Fantastic Fold Be The Future Of Package Design?

If you were at Adobe MAX (or up-to-date on what’s to come for Adobe), then you may have lost your shit after the sneak peek of Fantastic Fold, and justifiably so. A dieline transforms with ease between 2D and 3D, retaining the integrity of the graphics on each panel. Amanda Ghassaei, Research Engineer for Adobe Research, gave the presentation, which was one part software demonstration and one part magic.

“We perform a geometric analysis on a 2D dieline vector file to calculate the final fold angles of the creases and a plausible folding sequence,” Amanda explained. “We hand this information over to a physics-based folding simulation that generates a 3D animation of the folded geometry. We can then map the graphics applied to the 2D design onto this 3D visualization, and use the mapping between 2D and 3D to help with other graphics layout tasks.” 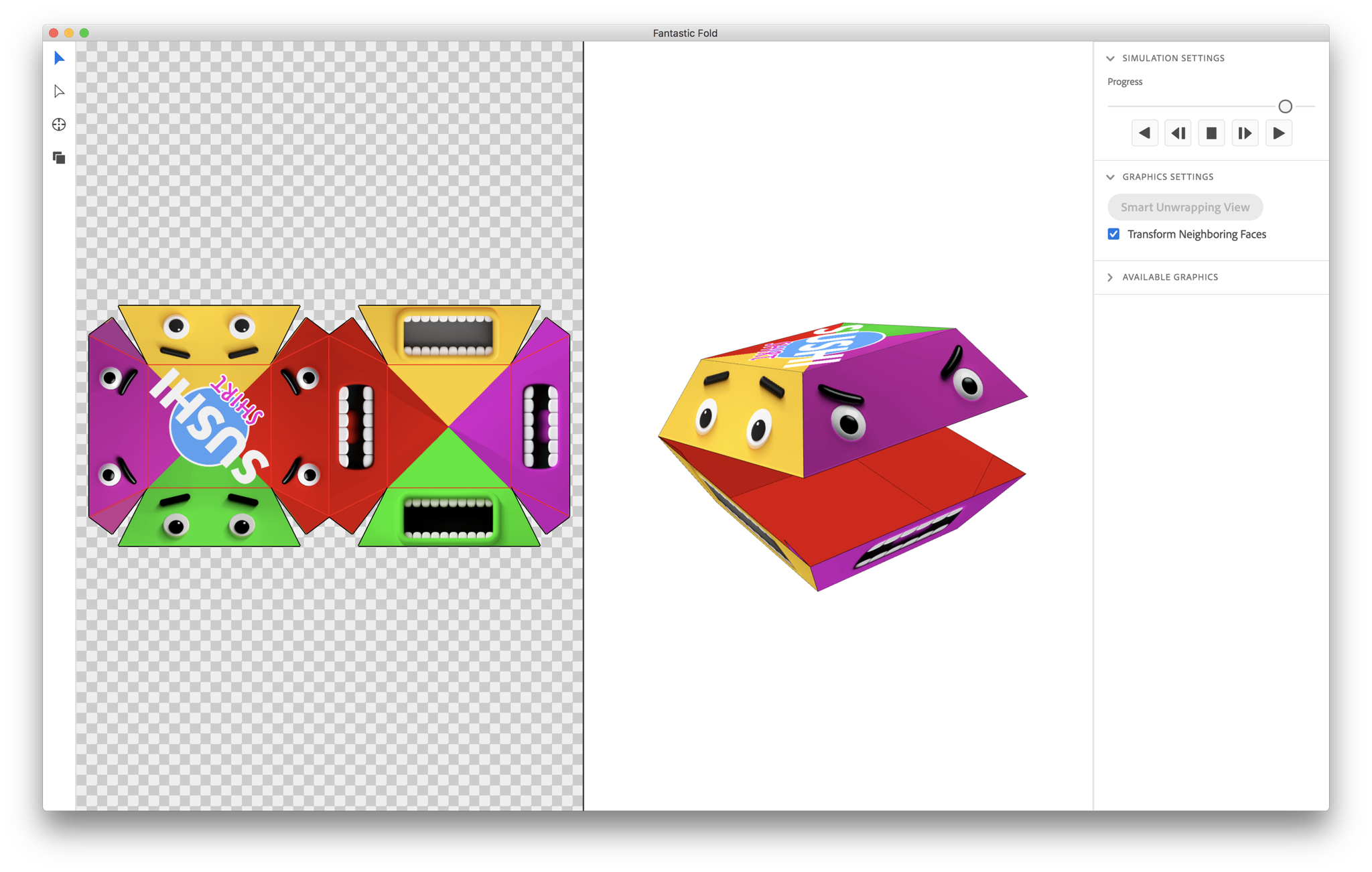 The idea for Fantastic Fold actually came from one of their Carnegie Mellon University summer interns, Vidya Narayanan, who Amanda said was simply phenomenal. “[She] wrote the algorithm for calculating the 3D geometry from a 2D packaging dieline, and we wanted to build a graphics editing workflow alongside her work.”

As part of the Adobe Research team, Amanda works to make their software serve customers better, particularly the ones whose designs result in physical objects. Folded packaging poses a plethora of geometry problems—graphics end up misaligned or upside down or text on separate panels won’t line up, all because of clunky, non-intuitive software. As far as we know, currently no other tools exist which can take a flattened 2D vector file and construct the 3D geometry of a dieline. With Fantastic Fold it takes merely a few clicks of a mouse. 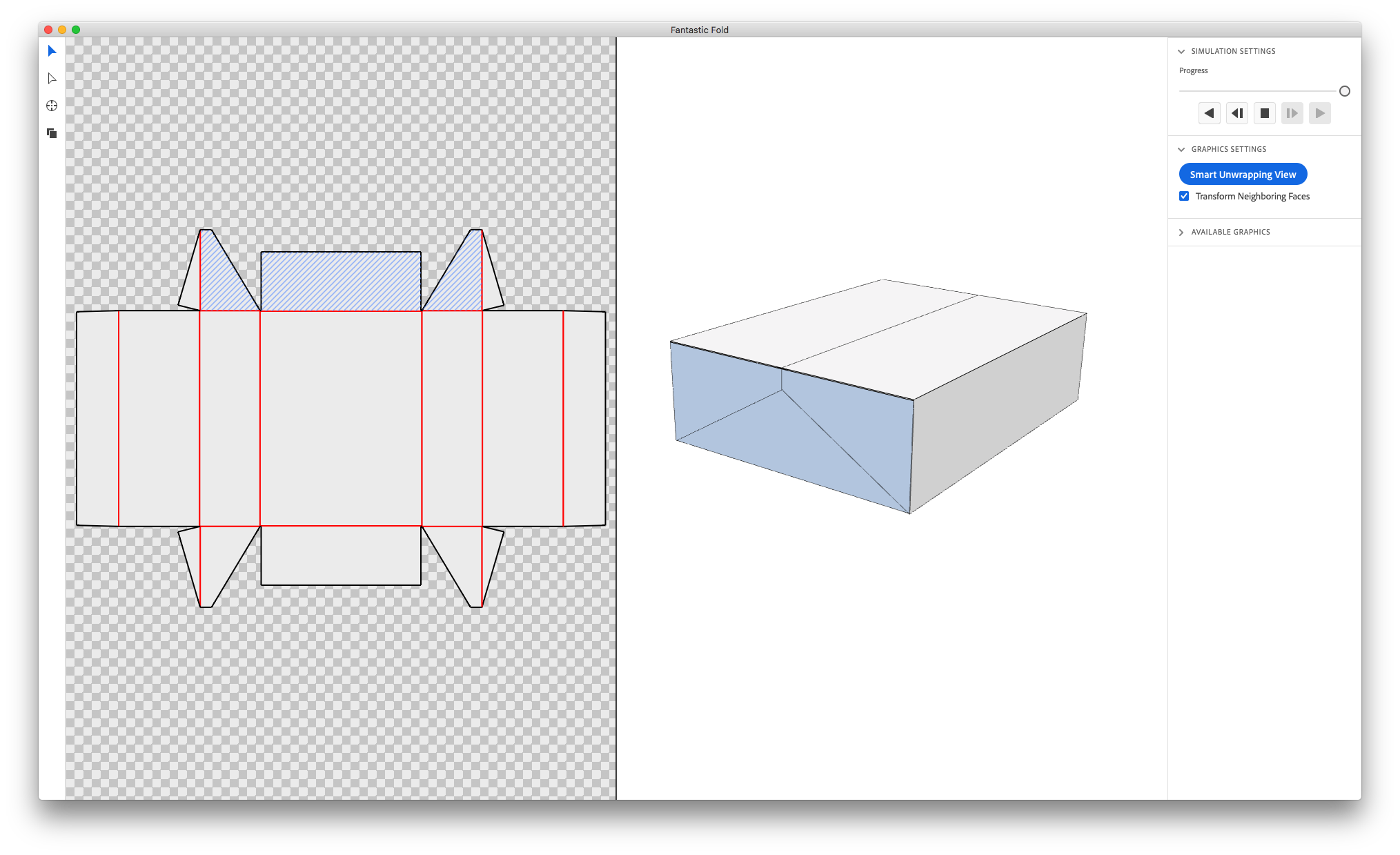 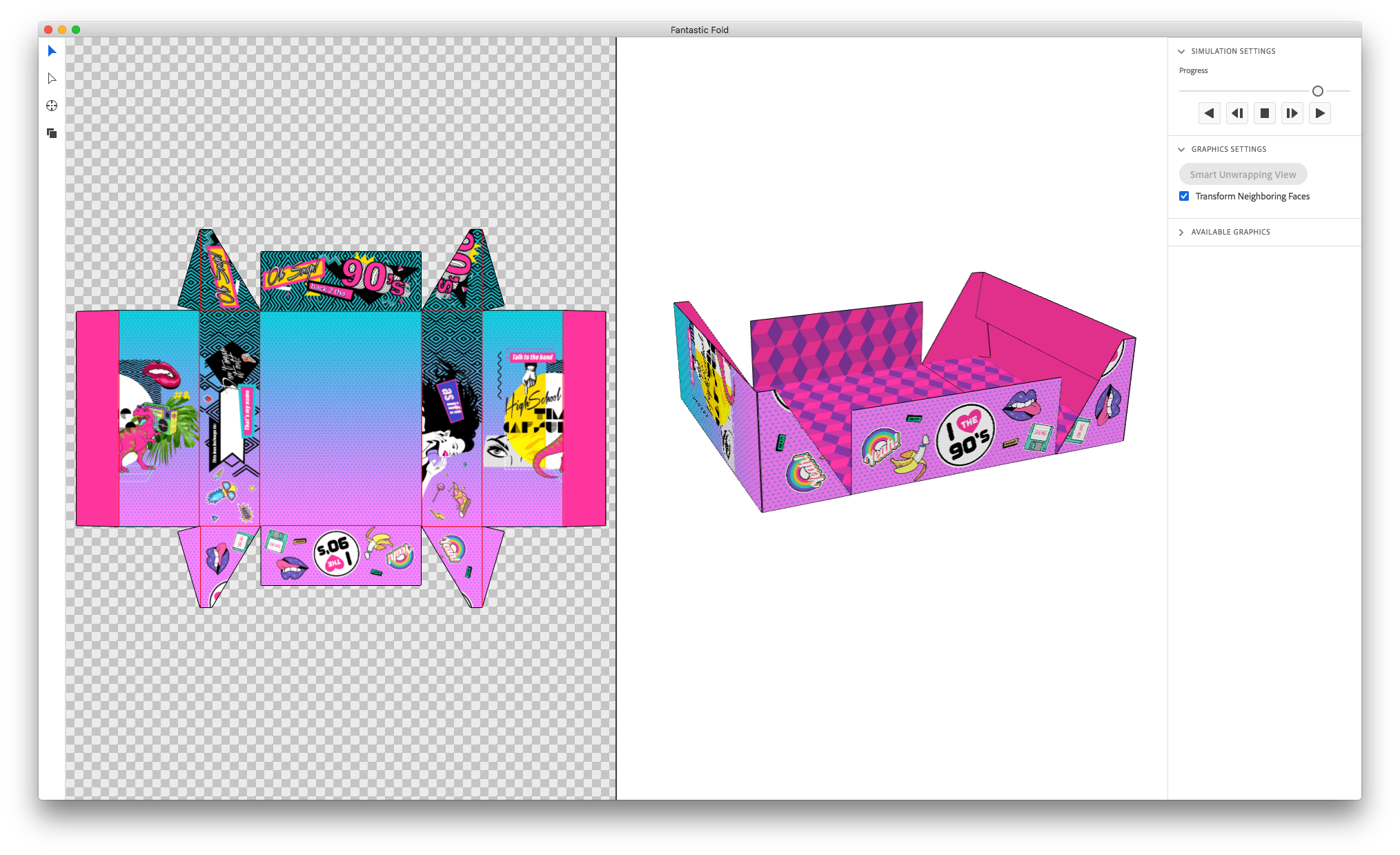 Adobe developed it with graphic designers in mind, recognizing the slow and error-prone process they go through to visualize their designs in 3D. Dimension, however, is a useful tool for packaging designers and has helped brands like Fossil with draping designs over their tins, saving them from the difficult task of having to cut everything out. But with Fantastic Fold in their toolbox, a designer can only further elevate their designs and workflows.

“It can be difficult for packaging designers to convey their ideas to clients or other members of their team with just a flat dieline,” Amanda mentioned. “We hope that the workflow we presented at MAX removes a lot of the tedium from packaging design and gives designers more freedom to experiment with their ideas.”

She added they’re also excited about the “smart unwrapping” tool. By simply selecting certain parts of a 3D design on which an image will go, the packaging can then unwrap flat and place the graphics exactly where they need to be—basically doing all the hard work for you. “[It leverages] the 3D geometry of the package to expose intelligent 2D graphics editing workflows for designers.”

Fantastic Fold makes it look almost too easy. But not to worry—while it may make packaging design somewhat more accessible to the masses, Amanda says it’s a big win for professionals. The software will remove pain points like keeping track of material thickness offsets, calculating folding angles and rotations, sending out test prints to finalize the design correctly, and more.

“We hope that tools like Fantastic Fold give experienced designers more confidence to take bigger risks with their designs,” Amanda added, “knowing that they’ll get it right the first time.”

And now that we’ve gotten you all excited about Fantastic Fold, we’re here to remind you: the demo Amanda showed was only a research prototype. They’re just about to start user studies to understand how to proceed. 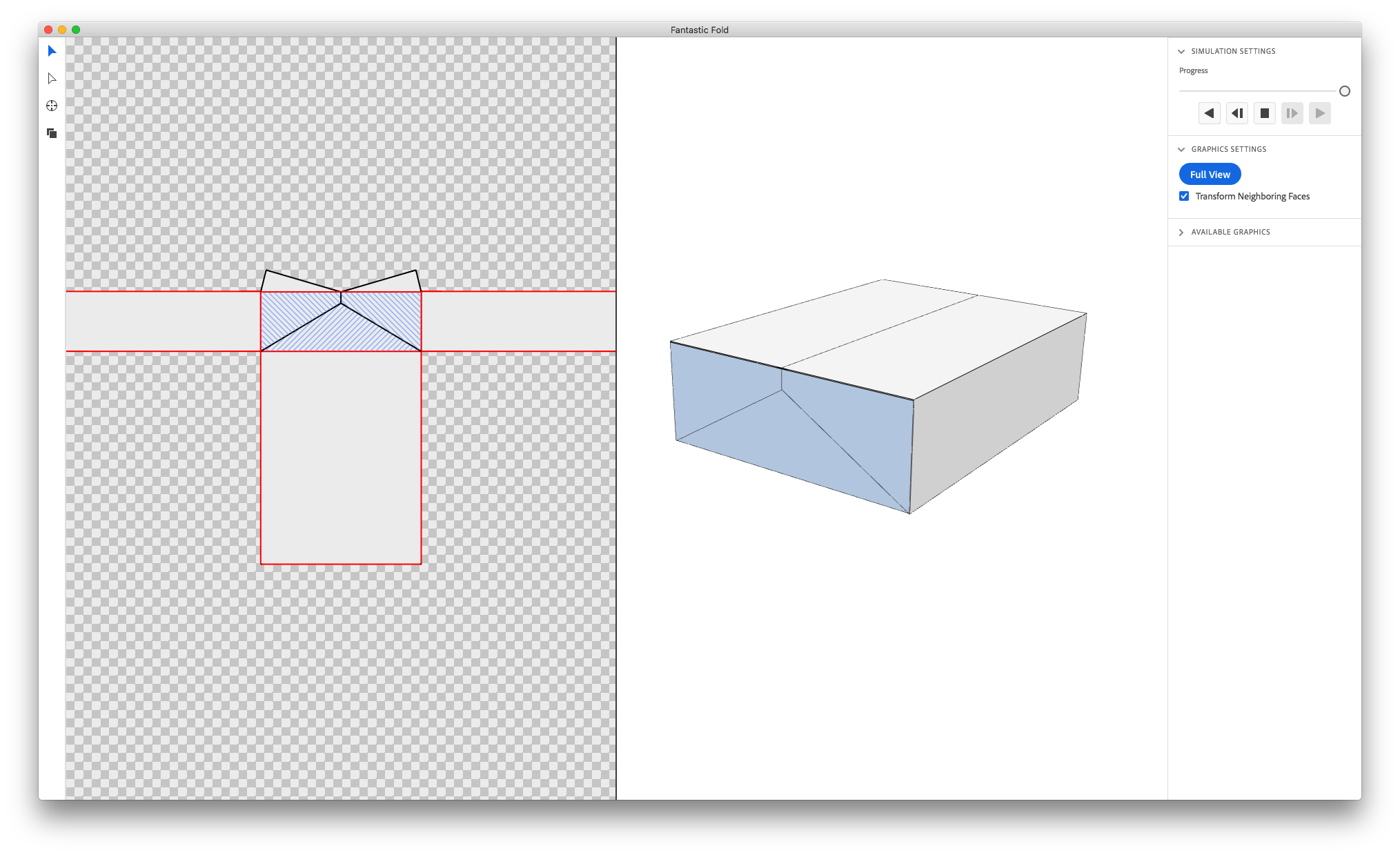 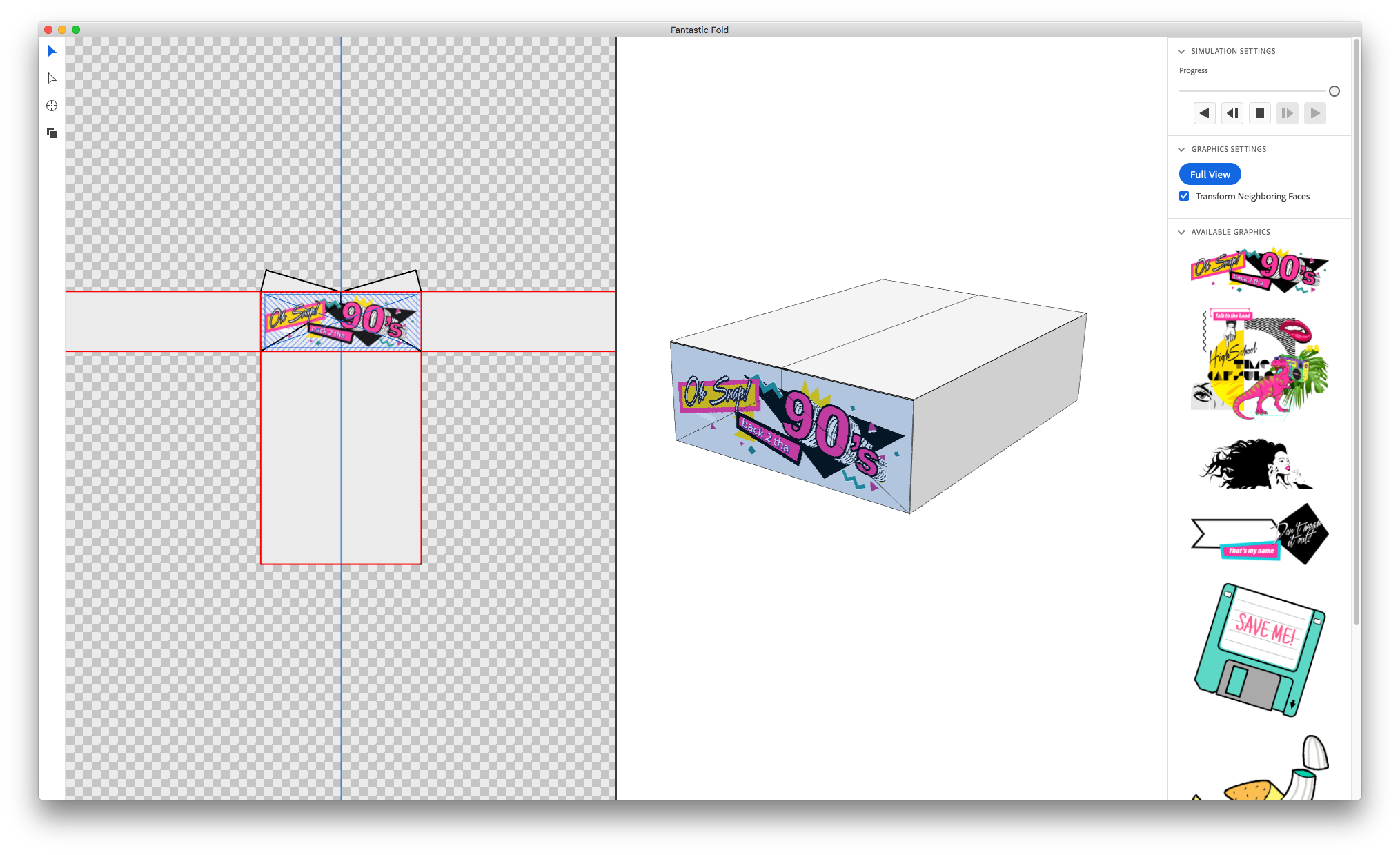 “I can’t say with any certainty at this point when, or even if, Fantastic Fold will end up in an Adobe app,” said Amanda. “The great part about presenting at Adobe MAX is we can get it out in front of the public and gauge the reaction from real designers.”

Already they’ve received loads of positive feedback, helping Adobe Research better understand what people are most excited about. They’ve also gotten a lot of questions too, particularly about how it can fit into a workflow—from file formats to types of materials. All of these comments and questions will help them to hopefully make it a reality.

“If we hear back from the packaging design community that this is something they really want, well, that can only help!”

The Adobe Research team is listening (#FantasticFold @Adobe, y’all), and Amanda is especially passionate about this project. In grad school, she worked on an origami simulator, and getting to translate that into a design app—one which can improve a designer’s workflow in an effective and practical way—has been the most rewarding part. “In the process of building our demo, we’ve tackled some interesting engineering and research problems and learned a lot about the real-world needs of packaging designers,” Amanda said.

“I’ve loved looking at some of the really creative things people are doing with packaging and thinking about how we can better enable those types of designs—and open the door for even wilder ideas!” 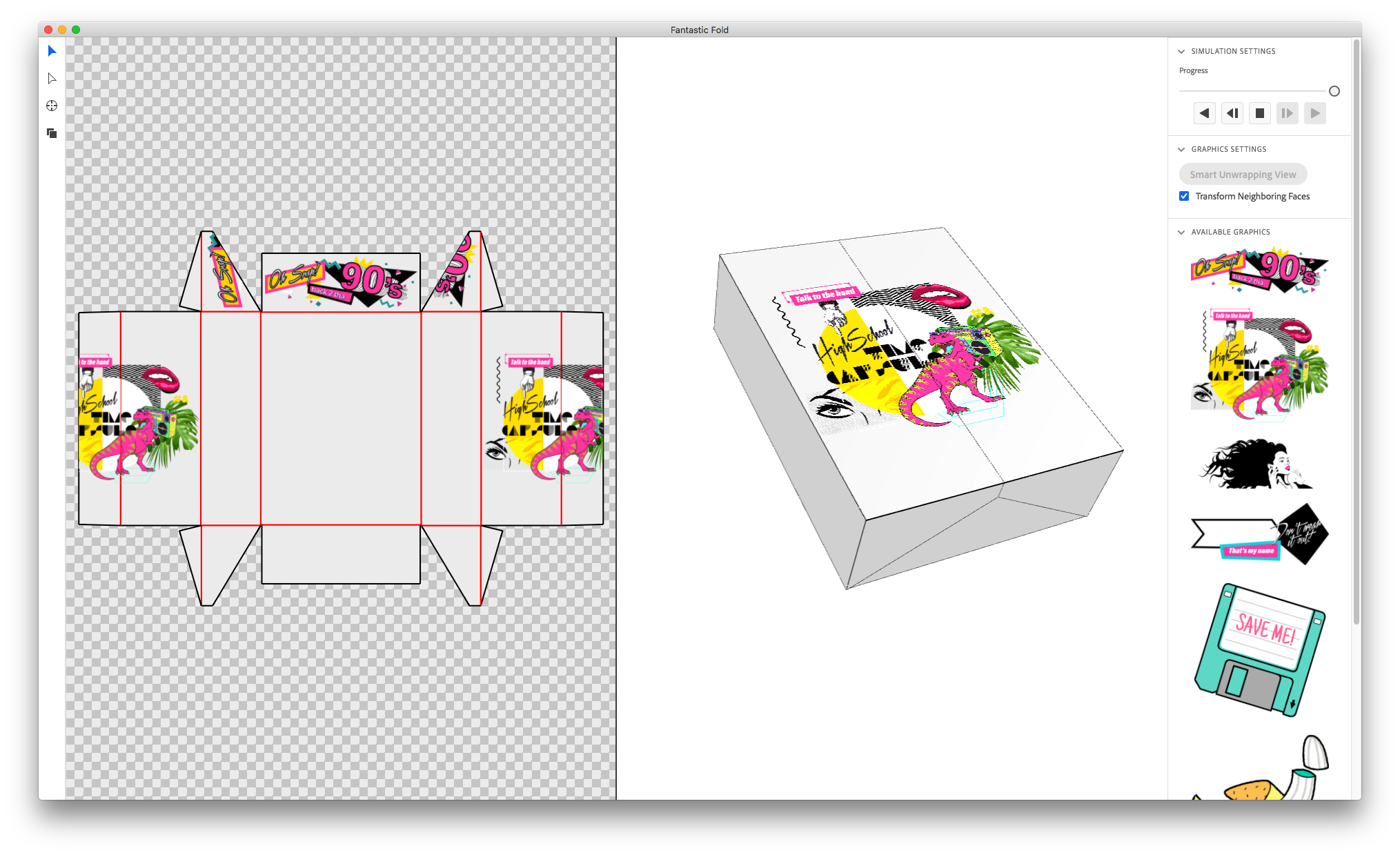