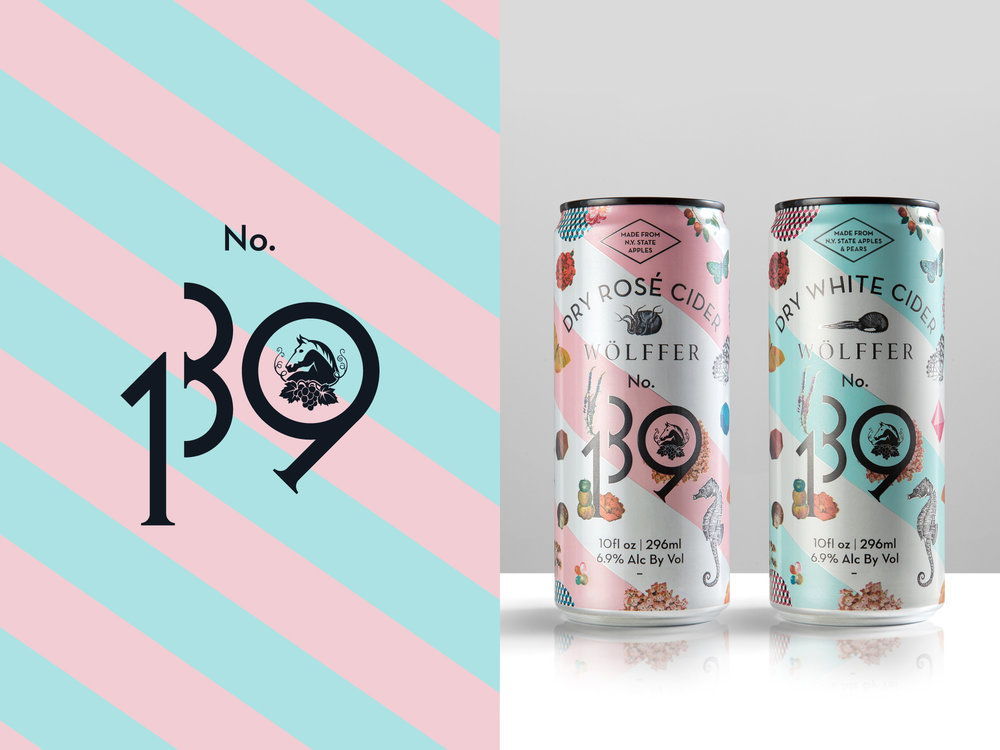 Finding the perfect adult beverage for a dinner party can be a taxing affair, especially if you’re sick of all the IPA’s and rosé you’ve been guzzling. You think, hey, it’s autumn, why not a pleasant, crisp cider? Maybe you don't put much thought into it, and you choose the first beverage that catches your eye.

The journey began back in 2013 when Joey Wölffer, the founder, strived to find a design that would utilize the apples grown on their winery’s estate.  Upon meeting, the two immediately hit it off and went on to name and brand 139 – the address of the Estate Vineyard. 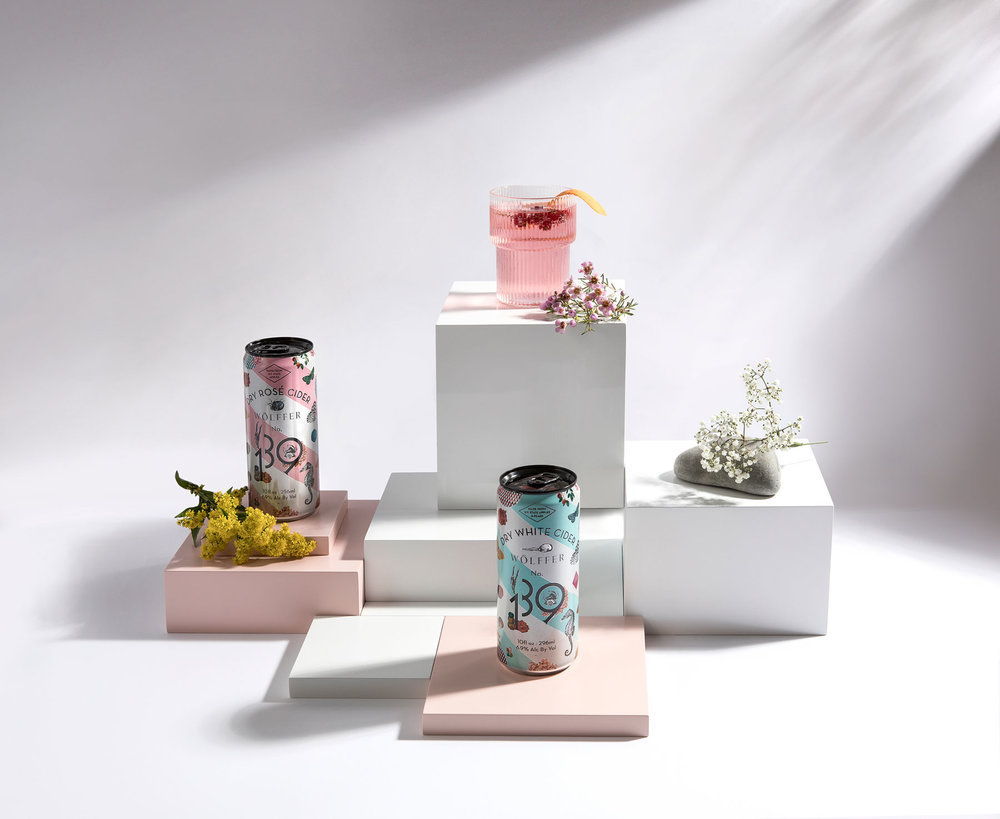 "Wölffer also had a vision of something that harked back to the old values of the Hamptons, the artists and dreamers that came to a beautiful spot to get away from the city and unwind,"  says Gilsenan. "Something vintage but not a pastiche, it had to feel contemporary with a sense of nostalgia."

IWANT kicked things off by designing the labels, utilizing Wölffer brand fonts' Perfetto and Theinhardt as the base with a horse intertwined with grapes on a vine adding a bit of personality and flair situated smack dab in the middle of the "9.” 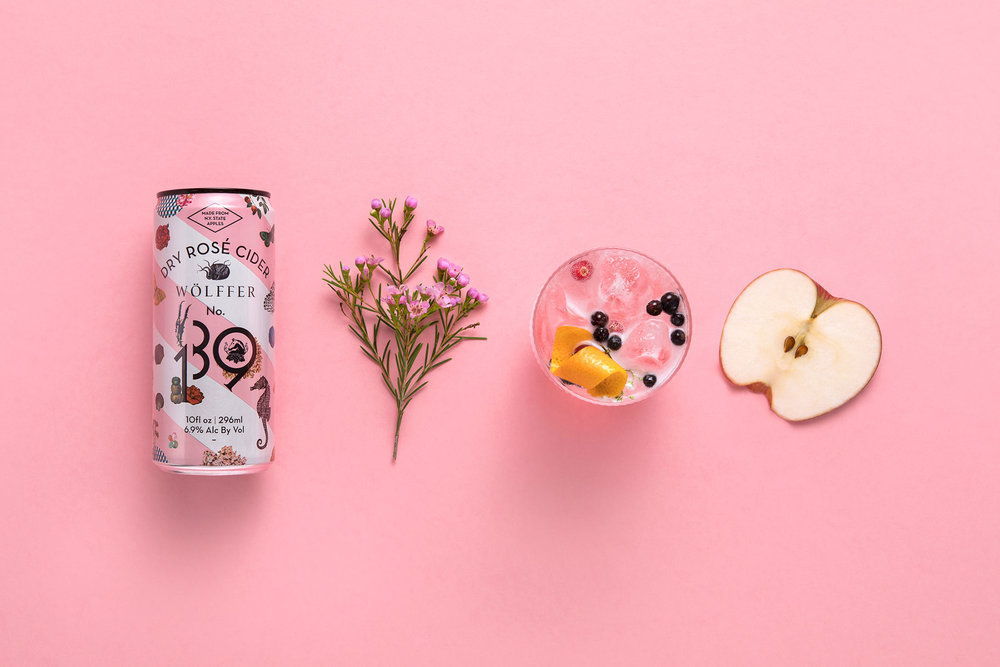 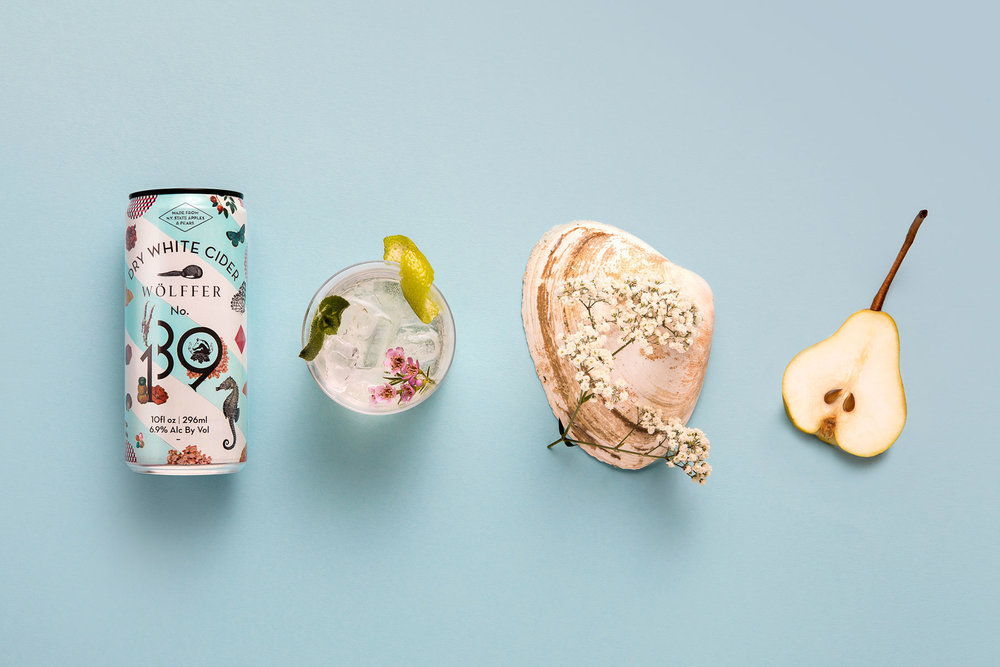 With their vision laid out, they realized that the outer packaging required something bold to compliment the 139 labels as well as making it identifiable on the shelf. Soon, patterns and colors became the focus of the design and IWANT developed a hex that instantly drew the consumer's gaze.

“As we hadn’t worked on cans prior to 139, we were somewhat foolishly and tirelessly working on creating beautiful designs before looking at the restraints there might have been in the production process,” begins Gilsenan. “Once we had approved artwork, we sent the artwork to the manufacturer who quickly came back and told us the cans had a max of six spot colors—a white base and the black used two, we were left with four spot colors to try and emulate the four color process (CMYK) elements on the design.” 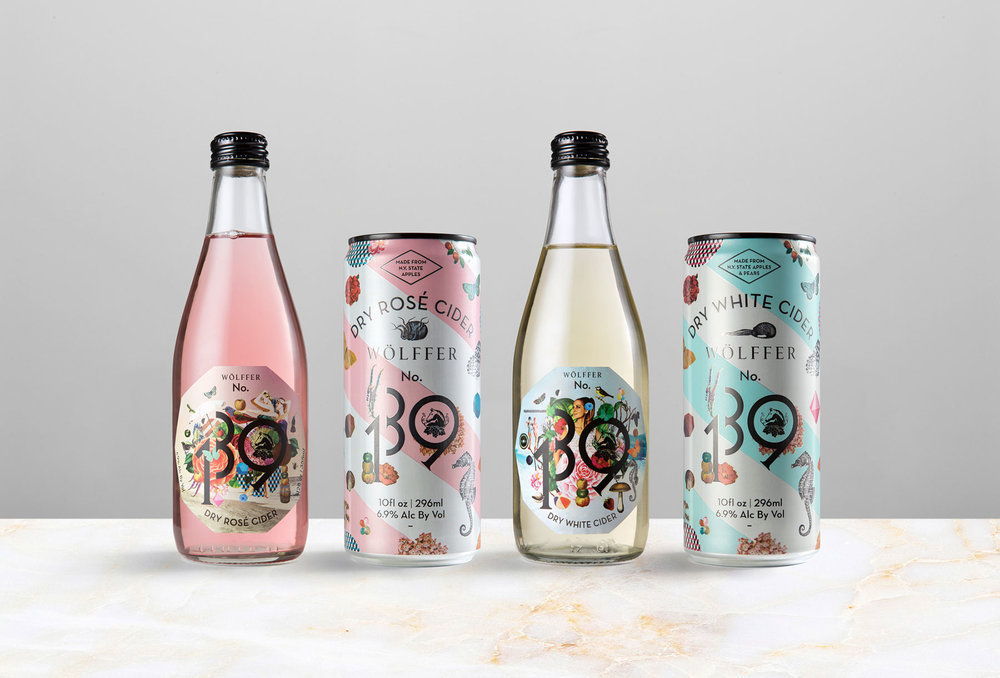 Just like that, it was back to the drawing board. Over the next couple of months, IWANT would make tweaks to the design, compromising little things here and there, printing proof after proof until one design finally worked and everyone was happy.The original idea of a hex that worked on the bottles got swapped for alternating pink or aqua stripes—based on the flavor—against the white background delivering a vintage and contemporary feel. 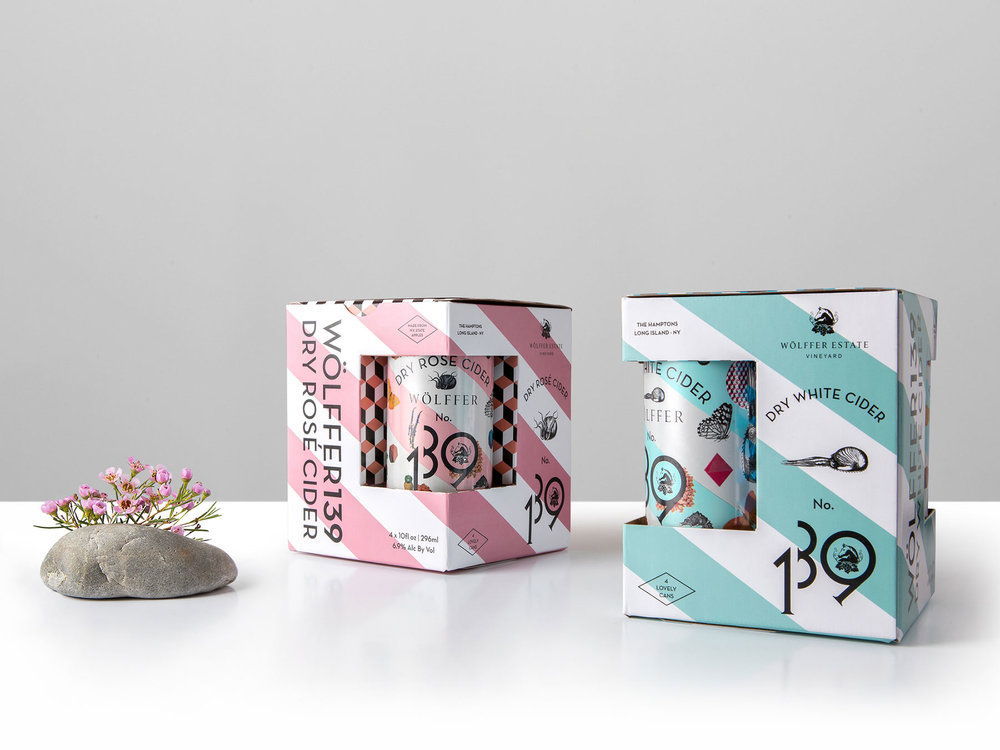 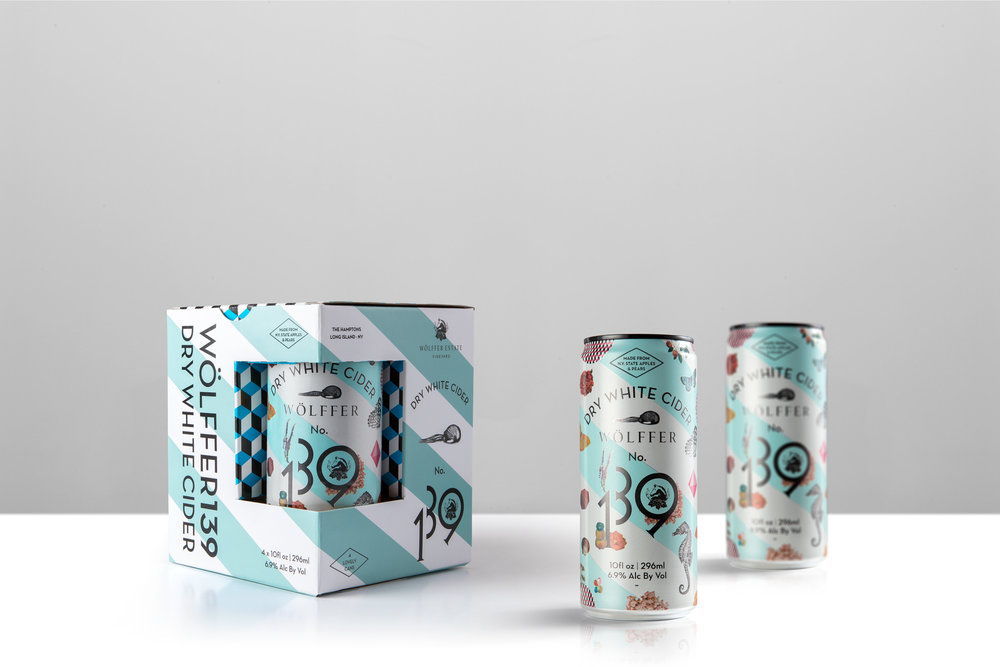 "We then needed to inject some of the playful attributes of the bottles, so we brought in some of the ephemera from the illustrations, but decided this would work better with a little more space floating between the stripes," states Gilsenan. "This allowed the branding to breathe and the stripe to remain uncluttered."

Reflecting back on the project, Gilsenan can't stress the importance of speaking to the manufacturer enough regarding restraints prior to beginning the design work.

"Nonetheless, it's safe to say, five years on this has been a huge success with the introduction of a draft and now cans, plus a new red cider hitting the shelves and another variety set to launch in the next month or two," concludes Gilsenan.