By 2025, McDonald's says that 100% of their packaging will be sourced from renewable and recycled materials, Coca-Cola introduced their ambitious sustainable packaging goal for 2030 dubbed World Without Waste, and Evian wants to make all of its bottles from recycled plastic by 2025.

And another company to add to this growing list is Tetra Pak.

Of course, one of the first things that pops up when discussing Tetra Pak is the topic of recyclability. While their cartons have, on average, 73% paperboard, you can't just toss them in the recycling bin. Instead, the packaging must go to a specific recycling center which has the means to separate the paperboard from the aluminum and polymer barriers (which you can locate here).

We certainly hope that Tetra Pak is hard at work to create packaging solutions that can be processed at any recycling plant. The topic of recycling isn’t one they’re ignoring—they actively work to recycle the equivalent of every 4 out of 10 packages sold. They invest millions into recycling infrastructure and have nearly quadrupled their collaboration with companies which recycle beverage cartons.

“We strive to make cartons with the lowest environmental impact possible and are committed to reducing the use of fossil-based plastics in our packages while increasing the use of renewable materials,” said Dennis Jönnsen, President and CEO of Tetra Pak, in their 2018 Sustainability Report.

“We want to minimize impact while supplying food to a growing population,” added Mario Abreu Vice President Sustainability, Tetra Pak. “We have a growing and rapidly urbanizing population, but we also want to reduce waste.”

These are a lot of broad claims, so we visited the Tetra Pak facilities in Lund, Sweden early in October to learn more about their sustainability efforts and goals for the future.

They plan to ditch plastic straws.

Unlike Starbucks’ choice to go strawless by providing a different lid, Tetra Pak is looking to either innovate or offer a straw made the old-fashioned way.

“Right now, our particular focus is on the small packages that we supply with attached plastic straws,” explained Dennis. “Our aim is to replace the plastic straw with one made from paper, or to find a completely non-detachable solution.”

Both he and Mario admitted it would take time, but it’s an issue they’re working to resolve.

By 2030, Tetra Pak wants to operate with 100% renewable electricity.

Ikea, ABinBev, and Califia Farms are just a few of the companies who have made a pledge to go 100% renewable. In 2016, Tetra Pak announced their commitment to RE100, sourcing only renewable electricity by 2030. As of October 2018, they’ve reached 50% renewable electricity consumption through a few different ways, including solar power installations at their facilities worldwide. The company recently announced they were adding a solar array in their North American headquarters in Denton, Texas.

They have also purchased International Renewable Energy Certificates (I-REC), which allows them to invest in renewable energy projects near the places they operate worldwide. I-REC is an international standard used to issue, track, and redeem renewable energy certificates (RECs) in countries where the tracking systems don’t yet exist. By sourcing them, Tetra Pak has encouraged the development of the renewable energy system, reduced their own carbon emissions, and also helped to support local economies.

They’ve achieved 100% FSC COC Certification for all of their converting factories and market companies.

“Wherever the wood is supplied from,” assured Mario, “it has all been certified.” Since Tetra Pak contains so much paperboard, they ensure that all of theirs comes from wood and forests certified to FSC standards.

There are a number of principles they need to follow in order to achieve this certification, including complying with all laws, maintaining or enhancing the social and economic well-being of workers, identifying the rights of indigenous people, and more.

Tetra Pak has been working with the FSC since 2007.

In 2014, Tetra Pak created Tetra Rex Bio-Based, an entirely renewable package for liquid food. The packaging offers up to a 35% reduction in CO2 emissions compared to their standard packs. Just this year, they delivered over half a billion of these packages to meet customer demand.

Earlier in 2018, they also launched the first aseptic package with a film and cap made from sugarcane-based plastic. It contains a layer of aluminum eight times thinner than human hair, and they’re working to make it even thinner while also considering alternative materials. 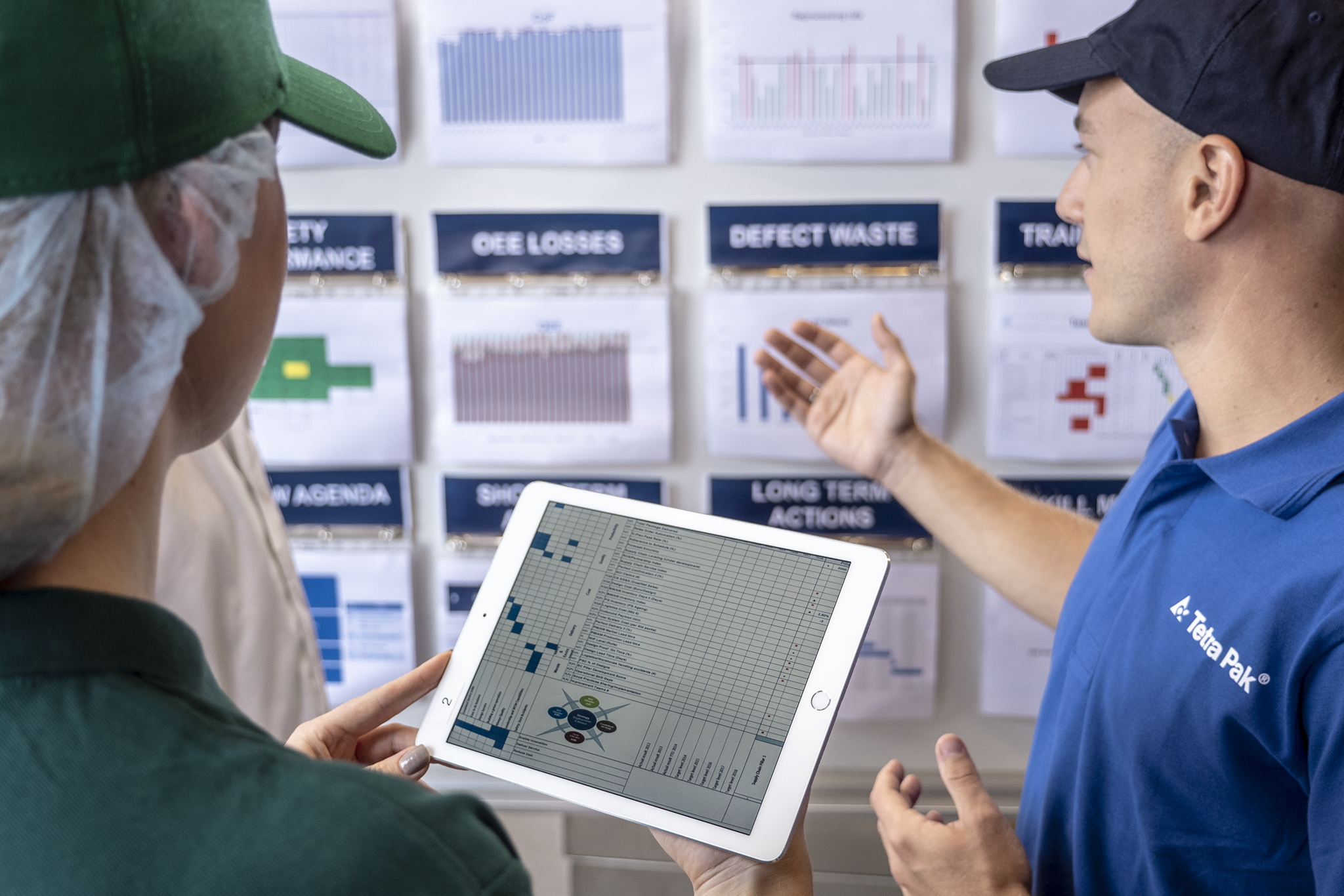 They want to set other companies up to be more efficient and eco-friendly.

Tetra Pak just announced their plant management service called Tetra Pak Plant Secure. The goal is to increase profits and efficiency for their customers, while also maintaining a focus on sustainable business results.

Something as simple as augmented reality (AR) makes it possible for them to visit their clients and show them an optimal layout for equipment. They also have the tools to reduce water and energy consumption, like with 70% less steam consumption on their Tetra Pak Homogenizer 500 to 7% lower chemical consumption with the Tetra Pak CIP Unit.

So what do all of these initiatives mean for the future?

A 2015 Nielsen report revealed 66% of consumers are willing to pay more for brands and companies which prioritize sustainability. “Sustainable” is no longer a buzzword or a trend; instead, buyers want to hold businesses accountable for their impact on the world today as well as future generations, especially when it comes to waste and natural resources.

From water reduction to alternative materials, from renewable electricity to no more plastic straws, Tetra Pak is a big company looking at the big picture. No, their products aren’t 100% recyclable, but that doesn’t automatically negate their efforts surrounding sustainability. They’ve set clear and public goals for the company—essential in an age when consumers hold businesses responsible for their actions.

This Residential Project Branding Will Have You Yearning For A Vacation

22 Packaging Designs That Feature The Use of Aluminum