“Being a packaging nerd, I dumpster dive all the time,” he said. “I do it multiple times a day.”

Renaud is the Sustainability Manager for Amy’s Kitchen, and he deals a lot with packaging. When we met at the Sustainable Packaging Colation Conference several weeks ago, he had just wrapped up his talk on a closed loop packaging model for drive-thru restaurants. Because the audience also just so happens to deal a lot with packaging and sustainability, you would think that the trash cans were obsessively monitored for recyclables.

“Within a group of packaging professionals who do this stuff full-time, we seem to be unable as a group to manage sortation well,” Renaud said. He reached into his pocket and showed me a picture that he took of one of the trash cans in the conference hall earlier that day.

If you’re a vegetarian, you’re pretty familiar with Amy’s—it is the stuff of frozen food dreams, a godsend to those looking for healthy, meat-free alternatives to Hungryman turkey dinners and cardboard-tasting Red Barron Pepperoni Pizzas. 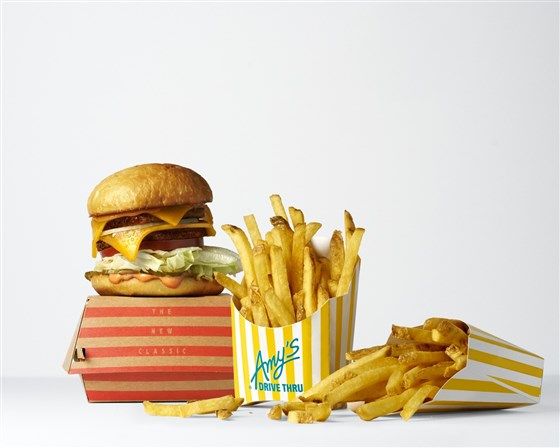 What you may not know is that Amy’s Kitchen opened a drive-thru restaurant in Rohnert Park, California back in 2015, and they’re set to open six more restaurants in the very near future, with even more on the horizon throughout the US. It’s a brilliant and much-needed move as 39% of Americans are seeking plant-based foods in a bid to eat healthier and more sustainably. Not only can you get a veggie burger for four bucks, but the drive-thru is solar powered, they have a living roof, and they’re using locally-sourced produce. Even if McDonald’s could be bothered to put a veggie burger on the menu in the US (hello, Impossible Burger, are you there?), would you be able to get it gluten-free with vegan cheese? Pretty sure we know the answer to that one.

They also have compostable packaging.

But it wasn’t all rainbows and gluten-free burritos when they first opened their doors. Most QSRs have one bin, and all of that trash is bound for a landfill—globally, only 10% of all McDonald’s restaurants recycle their packaging.

So even though Amy’s was committed to being fully recyclable, they encountered some bumps along the way. There were too many decision points at the bin, and ultimately, there was an exceptionally high rate of recycling contamination.

Of course, if its recyclable, it shouldn’t be a problem, right?

Well, no. If a piece of packaging is contaminated, you can't recycle it. That's why you wash out your yogurt containers. Not only that but if food or any other liquids make their way into a single-stream bin, they can contaminate the perfectly good recyclables they’re hanging out with. Now, your perfectly good recyclables are just trash. On average, 1 out of 4 items can’t be recycled curbside.

While a lot of the materials QSRs utilize have the appearance of being recyclable, they’re as reusable as medical waste. Sure, they're using paper-based, fiber products, but a lot of them have a plastic lining. Plus, all of the materials have slightly different characteristics—some take in grease, some don’t—some are lined, others are not. What about that pizza box? Did I wait too long to eat it, and is there too much grease on the paper? How much grease is too much grease? Which bin does it go in now? It looks like paper, why can’t I recycle this?

“People would end up at the box, and they would be confused,” he said. “They didn’t get it, and I couldn’t blame them. The system was too confusing.”

This is fast food after all. You don’t have time to fuss with the recycling, nor could you have someone jump off the line to sort through the garbage and make sure it was separated correctly. “Looking at why it didn’t work, the reason was these were marginal materials,” Renaud said. “They were not core, high-valued recycled materials like an aluminum can.”

“These are big, substantive materials,” he added. “If you talk to ten people on the street, they recognize they can recycle that. These were not those materials. They appear to be recyclable, but are not in most cases without a high level of prescriptive guidance for people’s behavior.”

So about two years ago they revisited what they could do. Super Duper Burgers in the Bay Area was the gold standard as they were using one trash bin, and everything was compostable. Amy’s also wanted to move forward with a single-stream composting bin, but their local composter wouldn’t accept bioplastics. “Even though they are compostable materials, the way they set up their pile, they didn’t want the materials, and the hauler wouldn’t take it,” Renaud said. “So we had to do a 2-bin system.”

The first bin would be for food and paper-based packaging, the second would hold plastic, and anything that came from outside of the restaurant.

This took nearly two years to do. At the time, there wasn’t one single vendor they could go to for all of their packaging needs, nor could they just swap everything out with their existing vendors. Renaud had to do a deep dive when it came to the materials they would use for their packaging and made some compromises along the way—they had to ditch the foil wrap they used on burritos and opted for paper, even though the foil kept the burrito hotter for longer. Mustard packets were also out, and they had to settle for bulk.

Overall it’s not a perfect system, but they’re heading in the right direction. Does a piece of trash end up in the wrong bin every now and again? Sure, but it’s not as confusing as it was before.

“We worked with local stakeholders of various stripes, government agencies, and haulers to find a solution that works,” Renaud said. “We’ve got another facility, and we’re waiting on some permitting issues before it can actually happen. Our vision is to get to that mostly single-stream solution. When I say mostly, we’re going to keep that garbage pail because of outside garbage.”

“There are limitations and lack of infrastructure,” he added. “Not a lot of compost systems will accept those materials. It’s not something we’ve accepted, but it’s the only viable way to get to a high diversion rate including food in a QSR environment.”

Is it the wild, wild west when it comes to compostable materials and facilities? Absolutely. But there are brands out trying to find viable solutions to some of our most pressing needs around single-use plastic. There aren’t any easy answers or quick fixes, but until that infrastructure exists on a much larger scale, companies that really want to do this will have to put in the work to find those solutions. 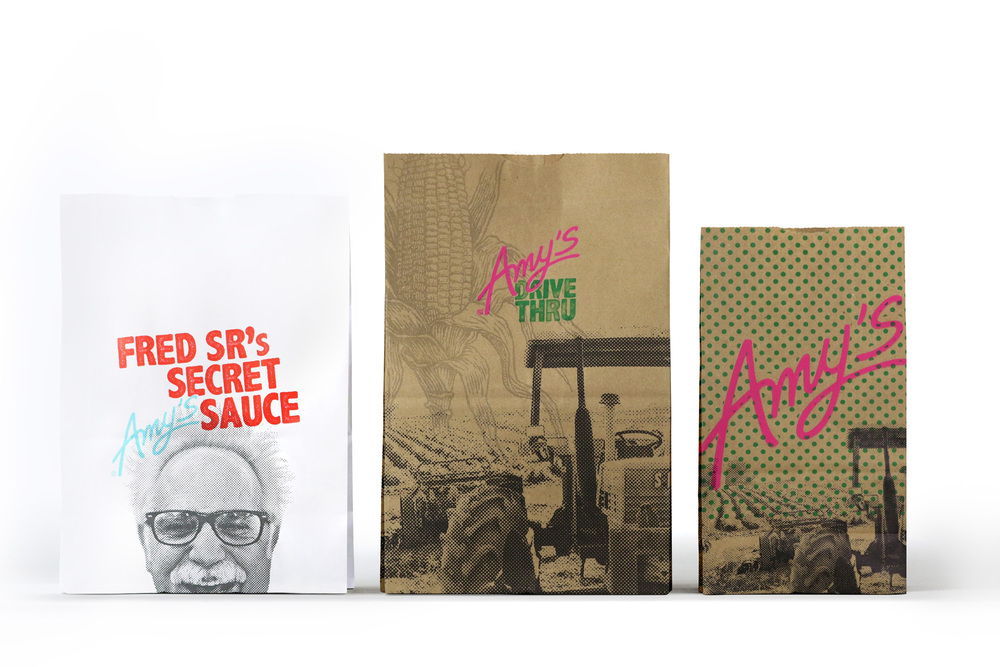