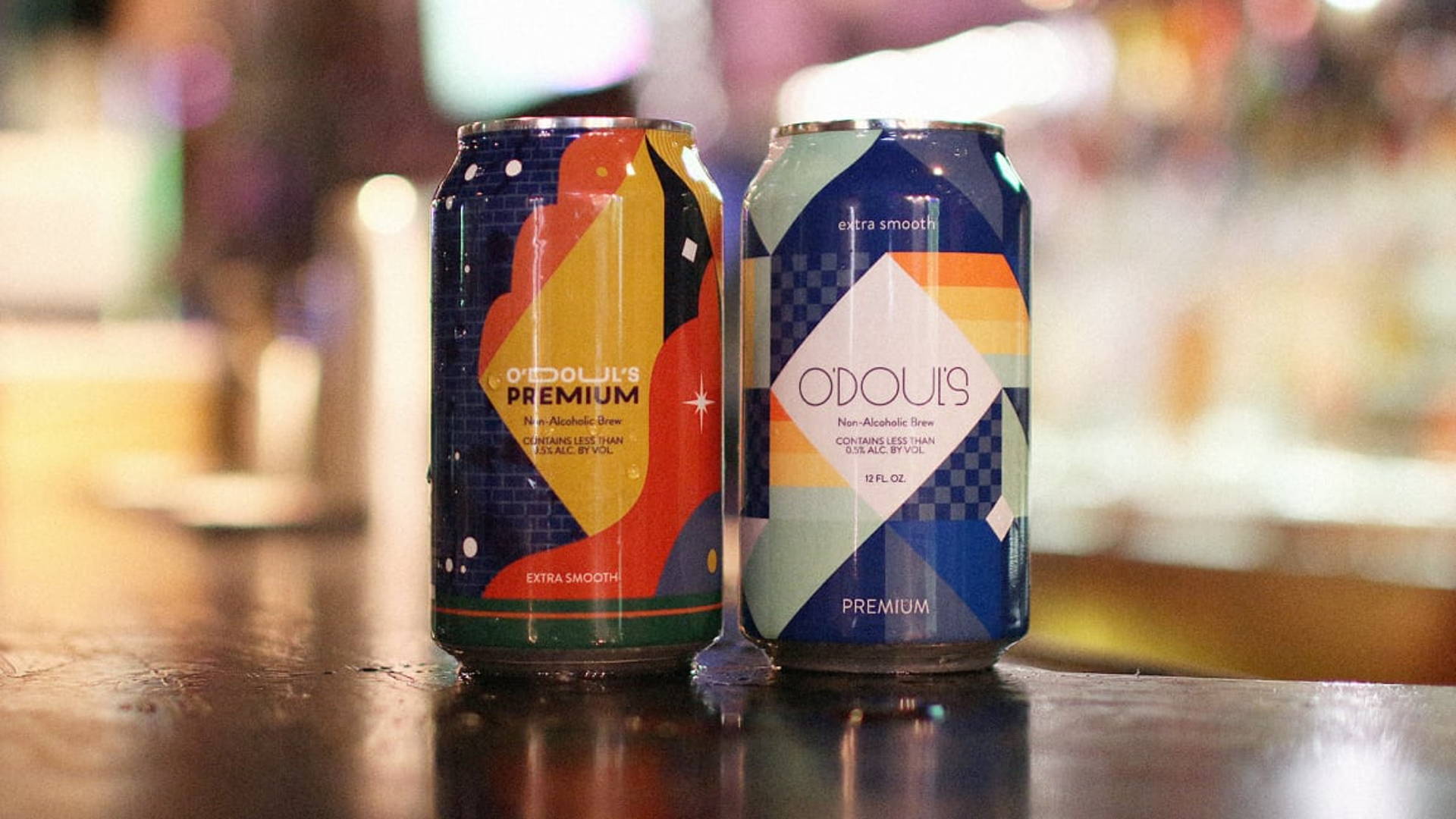 O'Doul's Changes Their Packaging For One Night Only

O'Doul's, a non-alcoholic beer, receives a lot of flack for its very little, 0.5% alcohol content with the most common responses being, "If you want a beer, drink a real one."

Maybe that argument works for individuals susceptible to peer pressure, but it certainly doesn't respect a person's right to sip on a "near beer" or mocktail at a party. People choose to abstain from drinking for a number of reasons like, say, pregnancy, recovering from addiction and designated driver status. There's also the fact that young millennials are drinking less and less.

Since the holidays are known for large gatherings between friends and families, whether it's dinner, a party or poker night, these individuals should not have to sip water all night. They should be allowed to enjoy the delicious flavors of a virgin pina colada if that's your vibe or, an O'Doul's if you prefer the taste of an ice-cold brew.

O'Doul's has been doing just that since it first hit the scene in 1990. Not only does it taste as close as it can get, but the packaging is remarkably close to an Irish-IPA and doesn't stand out in a crowd. You know, if you’re worried about that sort of thing.

As reported in Fast Company, this year, Anheuser-Busch decided to do things differently and play a little game on Black Wednesday (apparently this is a thing), otherwise known as the day before Thanksgiving as young adults come home for the holidays and head straight for their local watering hole. As most millennials have yet to try a non-alcoholic beer, or even heard of O'Doul's at all, the experiment began by saying goodbye to their usual humdrum green and gold branding by switching to a more Instagrammable can designed by Mr. Kiji.

Since Kiji had permission to ditch the legacy, he made the decision to incorporate miscellaneous patterns, from checkered boxes and stripes to flowy clouds and accents of stars, all of which complement and contrast each other, creating a uniform can that catches the eye. As for the typography, Kiji kicks the Irish vibes to the curb and introduces clean, playful fonts to match the designs.

The designs, unlike anything else in the Anheuser-Busch family, blend with other vibrant ready-to-drink beverages like Ramona Grapefruit Wine Cooler, Ava Grace Canned Pinot Grigio and more.

Unfortunately, the rebrand is only temporary as the team at Anheuser-Busch wants to determine if the packaging will attract the younger consumers.

The results of the experiment have yet to be released. Vice President of Anheuser-Busch Adam Warrington made hints that the outcomes and reactions could potentially spark a grand rebrand—all we can do now is wait and see!

34 Packaging Designs That Feature The Use of Animal Illustrations