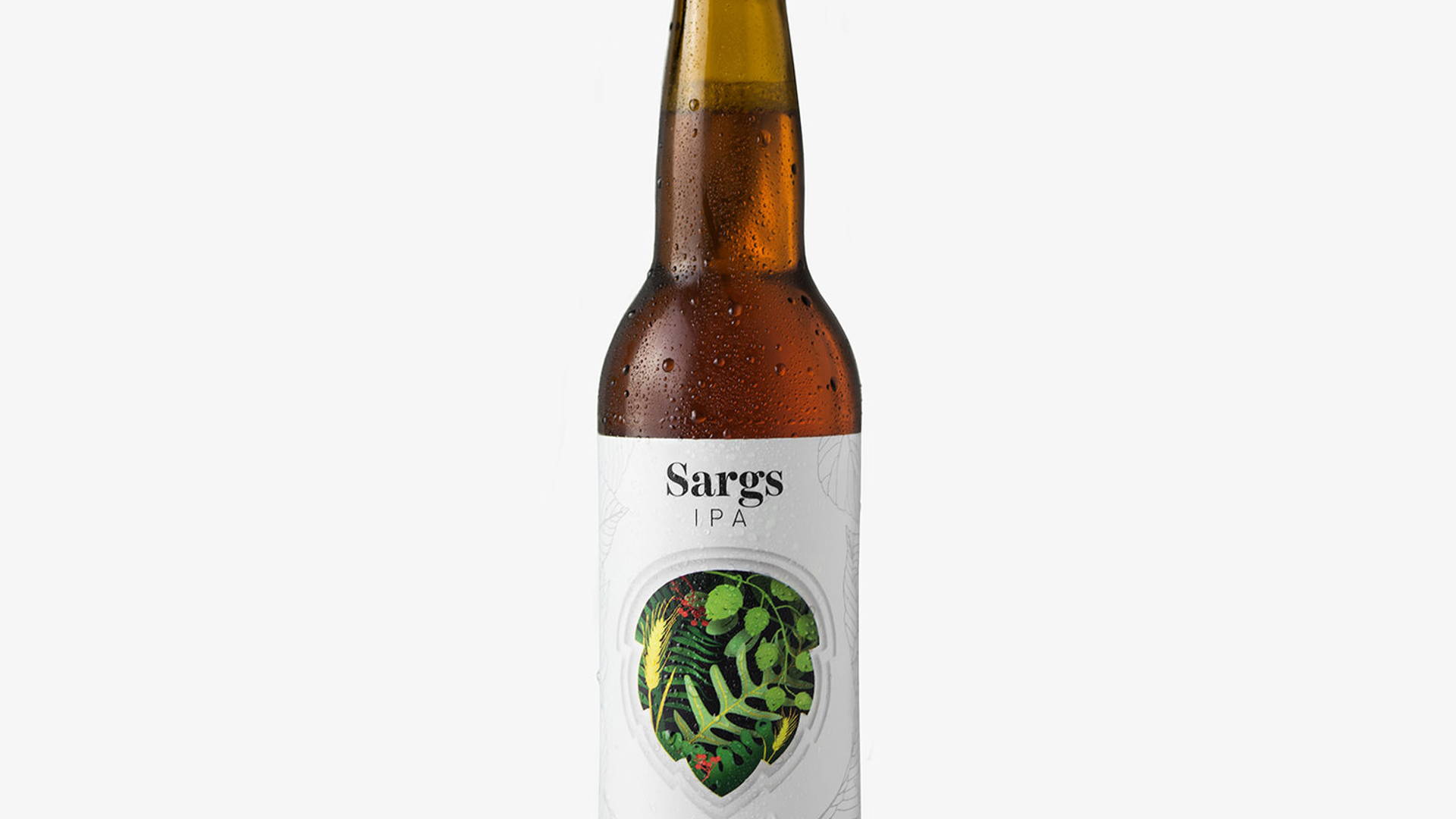 When you think about craft beer, more than likely you consider the precision and unique alchemy that goes into every bottle. There’s a certain handmade, artisanal quality to the industry that hopheads gravitate too, and for good reason.

That handcrafted feel is exactly what Spanish designers Hula Estudio wanted to emphasize when they created the bottle and packaging for Sargs IPA.

“We wanted to show a handmade touch,” husband and wife team Sandra de Miguel and David Elorza say, “with a design that reflects that behind this brand there is a local producer with much love for his work.”

“One of our main goals was to reflect in the label the flavor and aroma of this beer,” they say, “especially the bitterness and the fruit-bearing touches of an IPA. The amount of aromas led us to think about a design that represented a beer jungle, full of stimuli, an idyllic place to get lost if you are a beer lover. In addition, we decided to make an illustration in which, similar to the beer, the creation process was also a great character.”

Using paper cutouts they created a dense and verdant botanical illustration housed inside the outline of a hop. For Hula Estudio but it presented a unique challenge as they had never tried anything like this before. “We knew that it was going to take longer than normal,” Sandra and David say, “since we were going to work manually by cutting paper with many small details to later photograph the result. But it was definitely worth it.”

For Hula Estudio, their work is far from done with Sargs as they are now in the process of creating a similar bottle design for the brewery’s amber ale. And while we pity all of the intricate cutting their poor, arthritic hands have been doing, we can’t wait to see the finished product.

Think You Have What It Takes To Get In the Club? This Board Game Will Help You Find Out

Klyuchelle Is Not Your Typical Lemonade