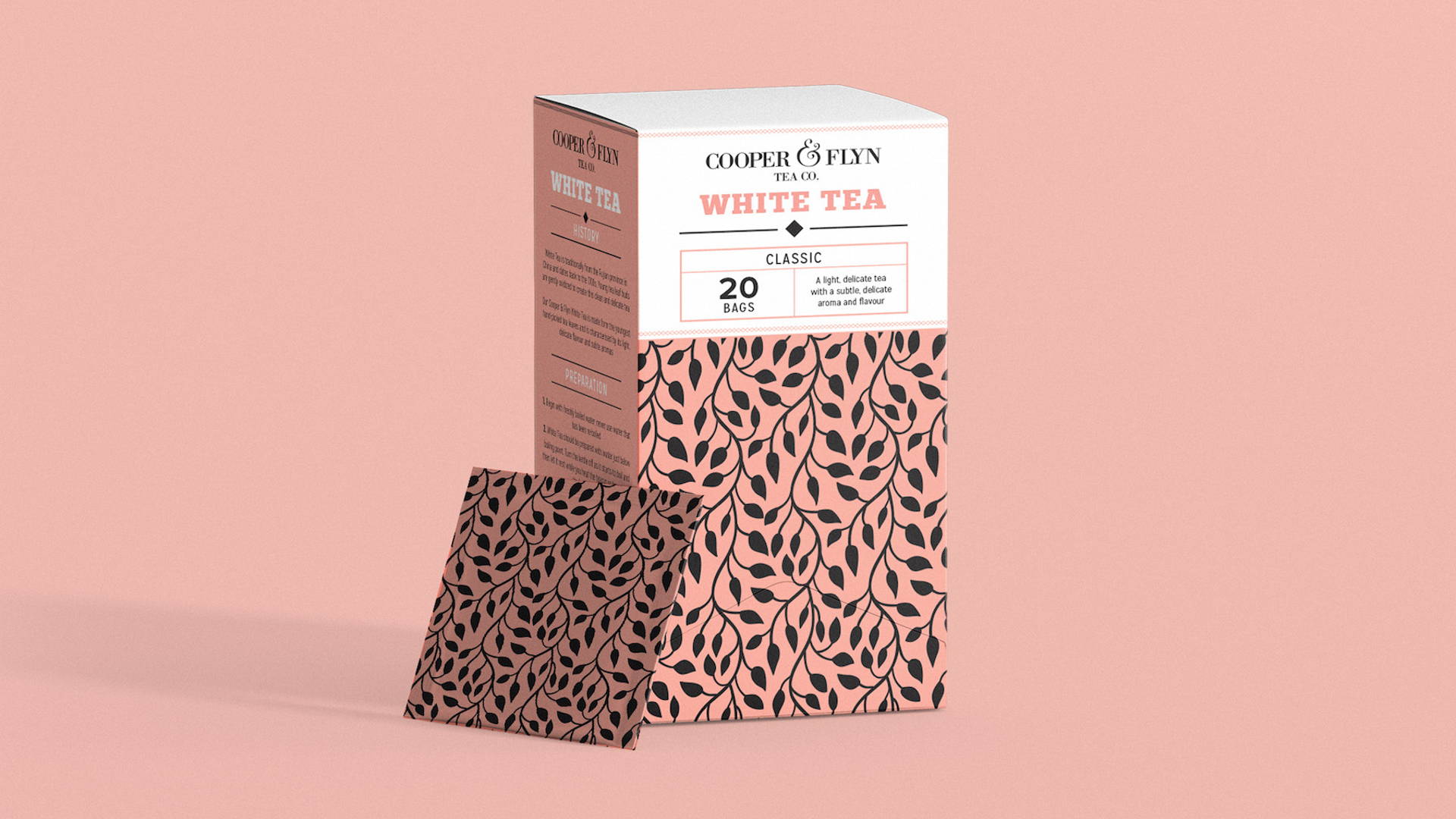 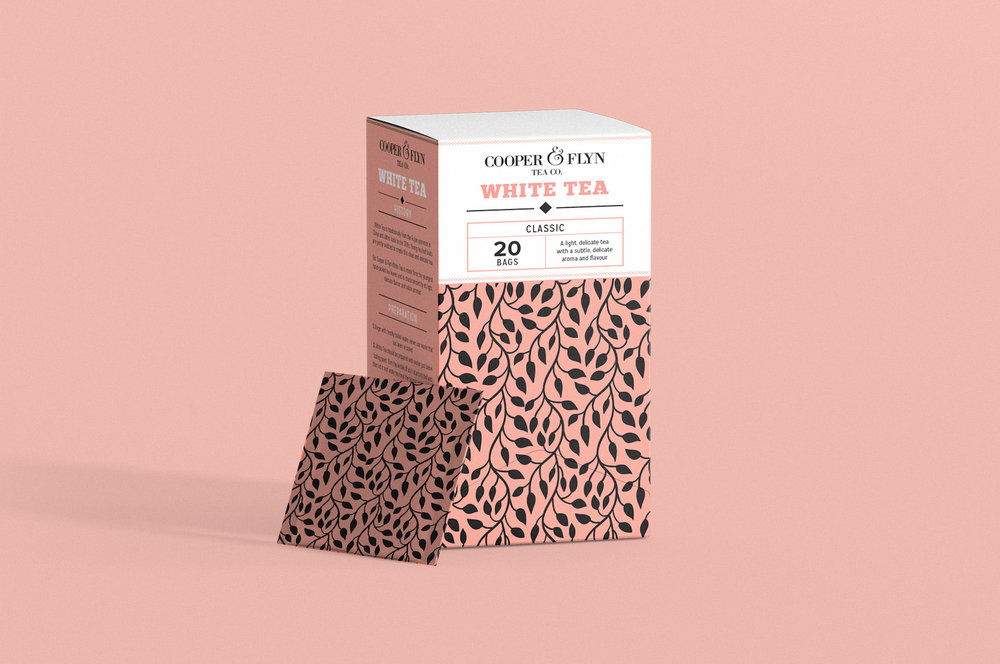 Designers often talk about “shelf appeal.” It’s that nearly inexplicable quality which makes packaging stand out amongst the competition and catch the eye of a busy consumer strolling the aisle. But actually achieving it is another thing entirely.

Which is what makes Cooper & Flyn, a line of South African teas, so special. 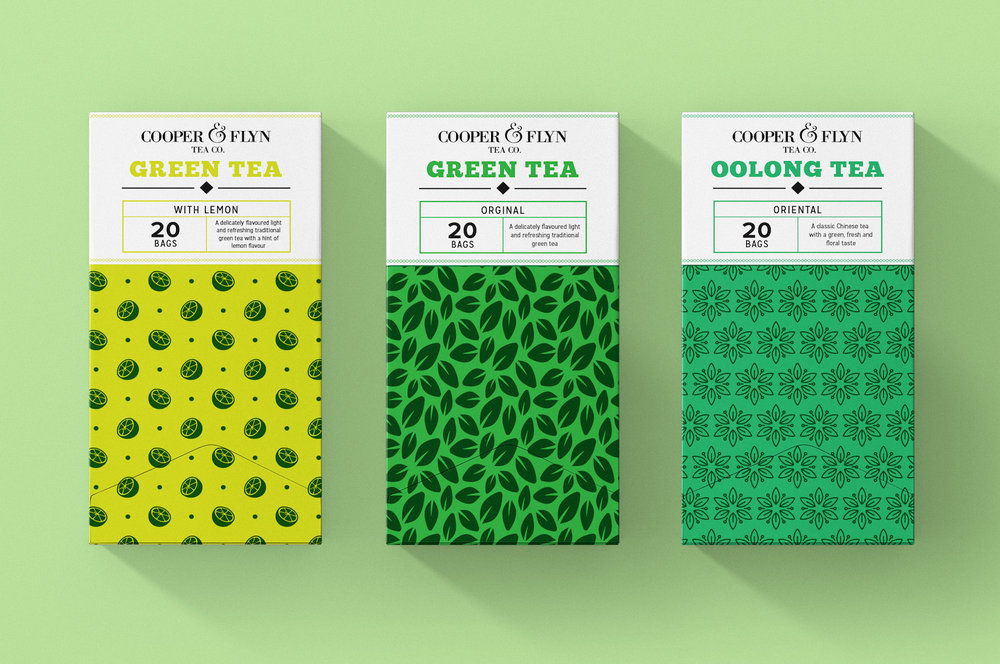 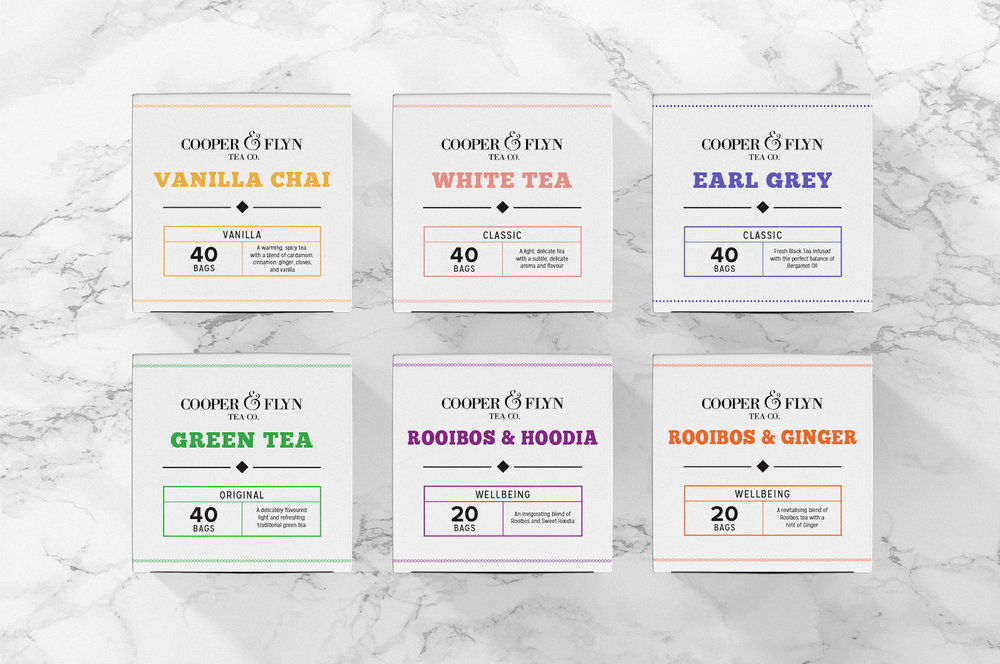 “They had no brand name and wanted a tea range that could be easily extended into many flavors over time,” explained Yvé Joubert, Director at Contrast Studio, explained. “We started with a impactful photographic range but soon after redirected the design to rather use color impact with a modern illustration pattern to show flavour cue and stand out from all the rest on shelf.”

Contrast Studio got to start at the beginning, developing the tea range from its brand name to what it would look like. They wanted to find the perfect balance between something which looks traditional and gives the feel of a well-loved tea brand, while also looking modern and bringing attention to itself. 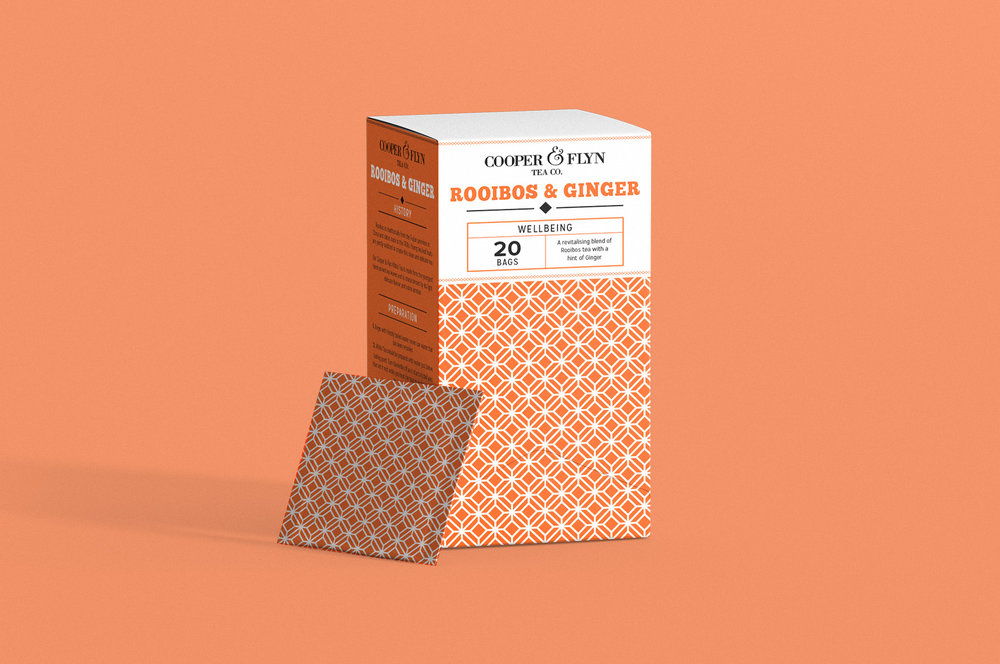 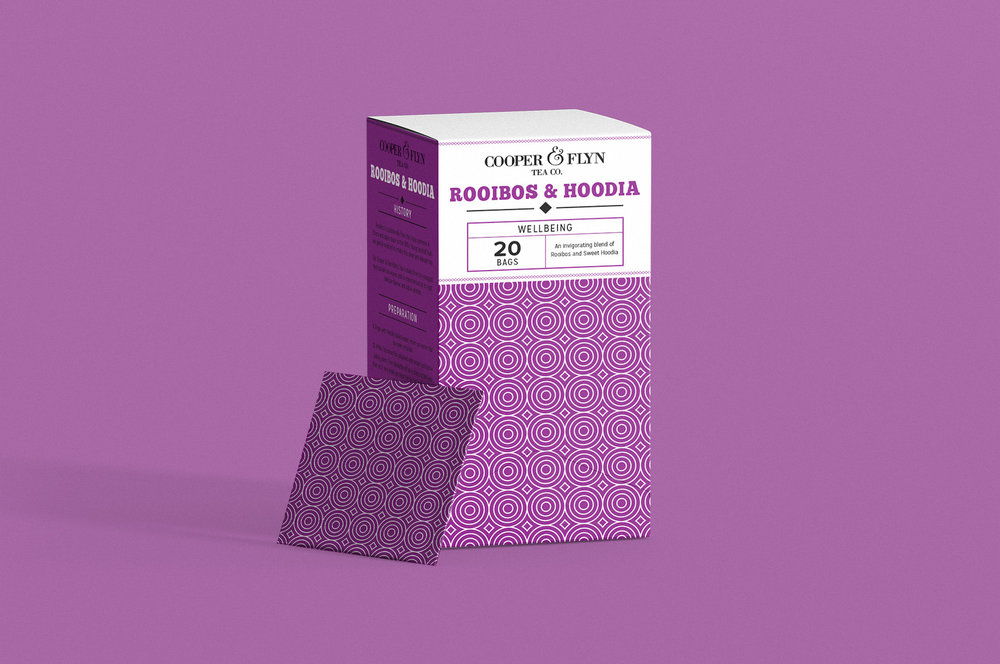 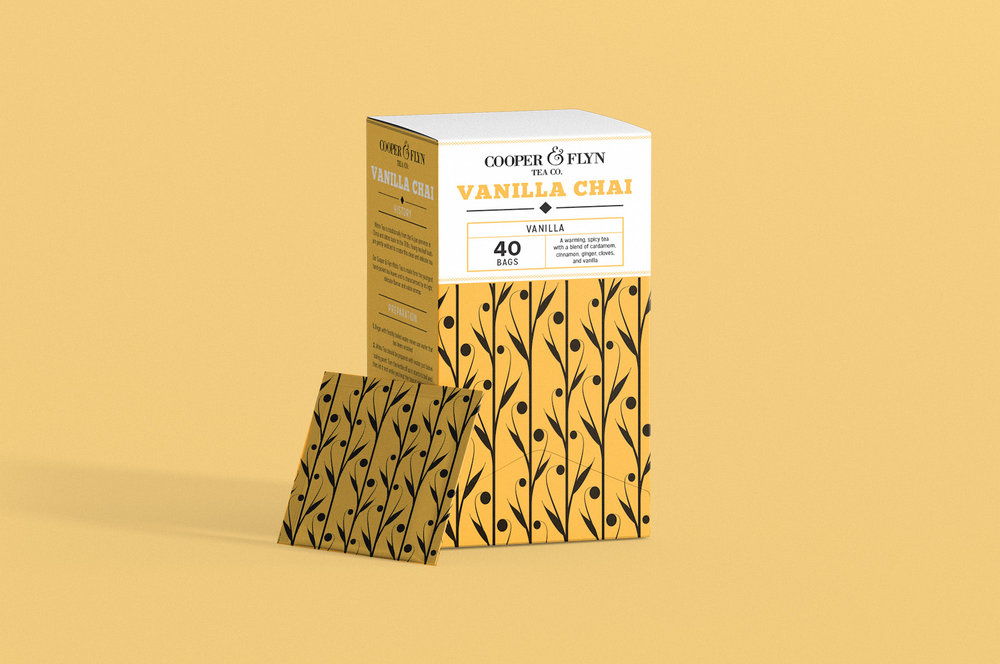 The answer was an array of colorful, fun, and clean patterns which pop. “We looked for an all-over pattern design style that is simple in illustration and has a quirky yet sophisticated feel when applied to the pack,” said Yvé. “We developed single illustrations that could easily form the all over pattern that explained the flavor best.”

Of course, coming up with so many different patterns is exactly what was most challenging about the project. After all, each one seems to give off a different personality and give consumers insight into what the flavors are. 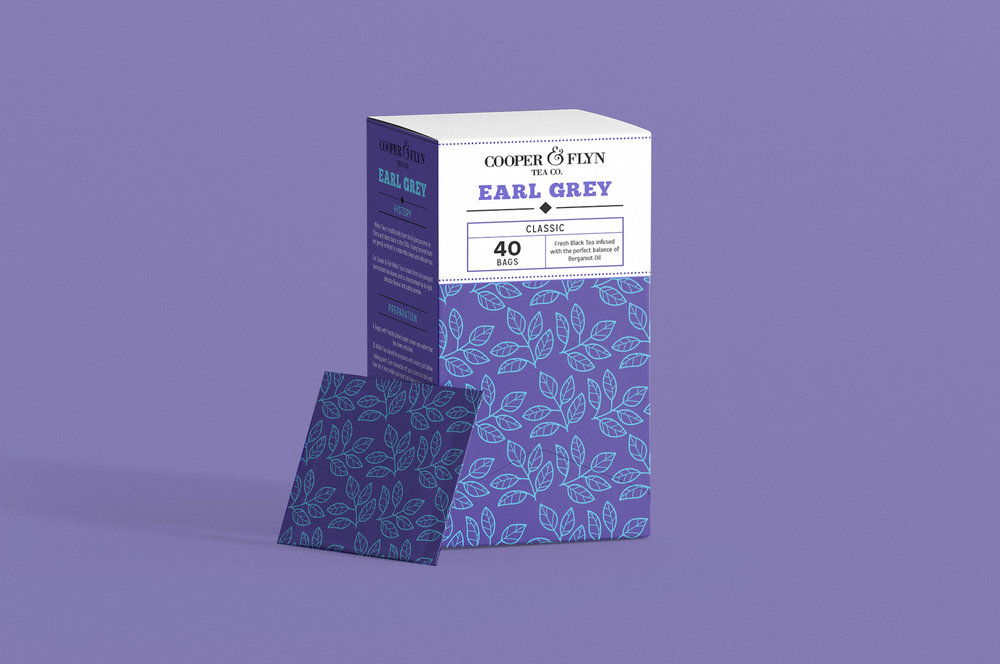 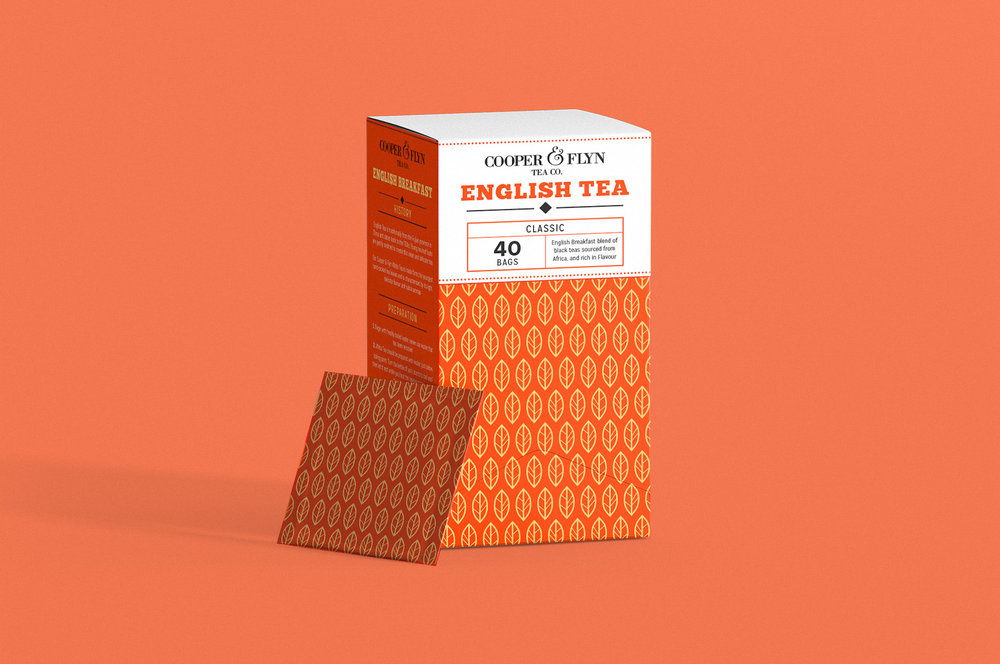 The hard work paid off, though, with unique designs for each flavor. The tea bags utilize these patterns sans text, avoiding the desire to slap a brand name on every part of the finished project. “We thought it would be nice if the consumer starts forming a relationship with their favorite tea through a pattern and color rather than the name,” Yvé added. “It would also be nice to stick these beautiful designs in a lunchbox or handbag for work, for a happy ‘pick me up’ tea time!”

On a shelf full of tea brands which all seem to follow in the same footsteps, this one is equally elegant and fun. Yvé credited giving something tried a true a fresh take with what makes Cooper & Flyn stand out. “Going against the grain when designing with a modern slant for typically traditional-looking commodities creates interest.” 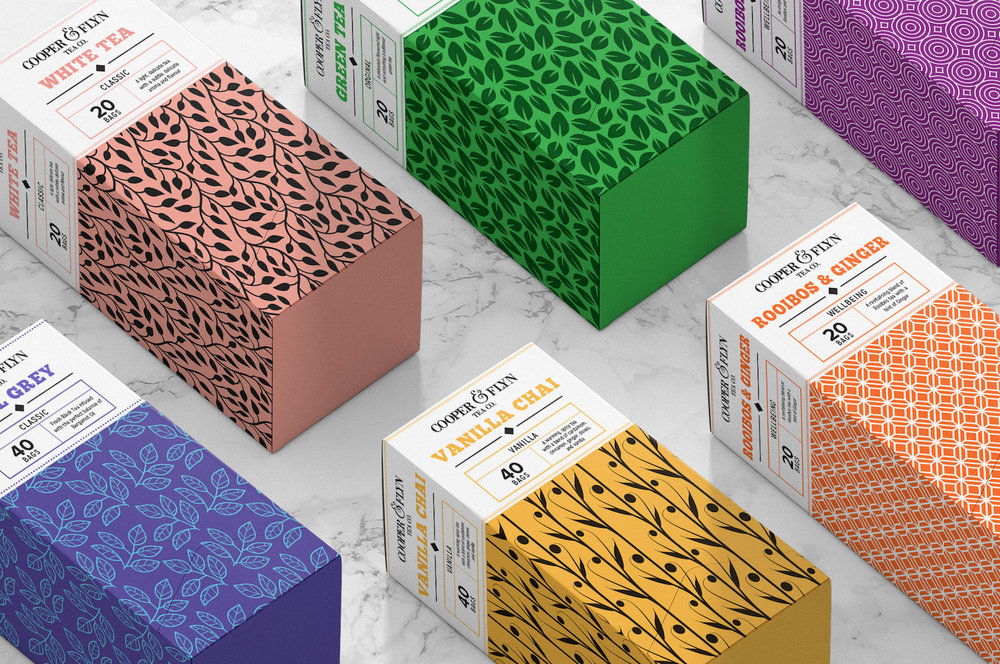 Kukuriku Has Some Seriously Bold Branding and Packaging